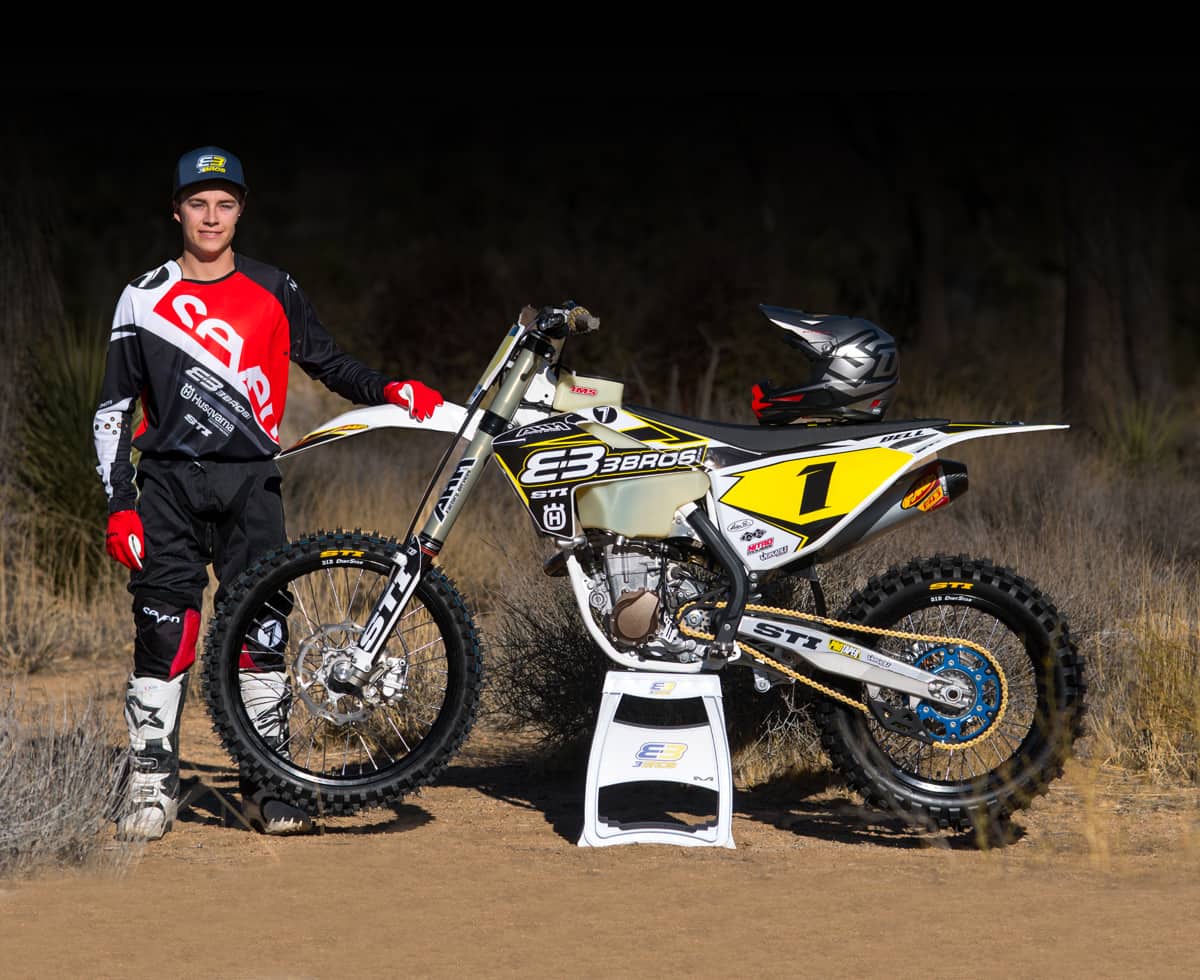 Costa Mesa, CA (January 4, 2018) – Three Brothers Husqvarna and STI announce the creation of 3 Bros. STI Husqvarna, a United States West Coast off-road racing team. The team is set to compete in the 2018 AMA District 37, Big 6 series as well as the WORCS series. Race team members will include Jacob Alvarez and the reigning AMA District 37 Pro class champion Zach Bell. Bell is ready to defend his title as the Big 6 WCGP Pro class champion, while also competing in his first full year of the World Off-Road Championship Series (WORCS) series aboard a Husqvarna FX 450. Rising off-road star Jacob Alvarez, piloting a Husqvarna FC 250 will pursue both, the AMA Big 6 series in the WCGP Pro II class and WORCS series in the Pro 2 lights class. The team will also compete in select events on the west coast, such as National Hare and Hound Association (NHHA) and newly formed Sprint Hero series promoted by the WORCS organization.

“We are very excited to step up and help support a very competitive off-road race team for 2018,” said Kevin Barbosa from 3 Brothers Husqvarna. “With riders like Jacob Alvarez and past champion Zach Bell, we expect to have a very successful year.”

After an astonishing rookie year in off-road racing, Zach Bell is eager to compete in the 2018 season. “I’m stoked on joining 3 Bros. STI Husqvarna for next year,” he said, adding, “I couldn’t be more excited to race.” After impressive results in previous years, Jacob Alvarez comments, “I’m extremely excited to be joining Zach and the rest of the team for the 2018 season. I am more than thankful for the opportunity to purse my racing goals and dreams.”

“STI is proud to support off-road racing and top notch competitors with our new STI Tech 2 Pro line of tires. We believe in Zach and Jacob as much as our tires,” said STI’s Craig Petersen.

Factory Husqvarna race team manager Timmy Weigand explains, “We are excited to welcome Zach and Jacob to the Husqvarna family, we are thrilled to help support the team and continue our pursuit of championships with Husqvarna motorcycles.”

The entire 3 Bros. STI Husqvarna team will make their debut to racing at the first round of the AMA District 37 Big 6 series on January 13th and 14th, 2018 in Adelanto, California.