YAMAHA YZ250F PROJECT: BEHIND THE BUILD 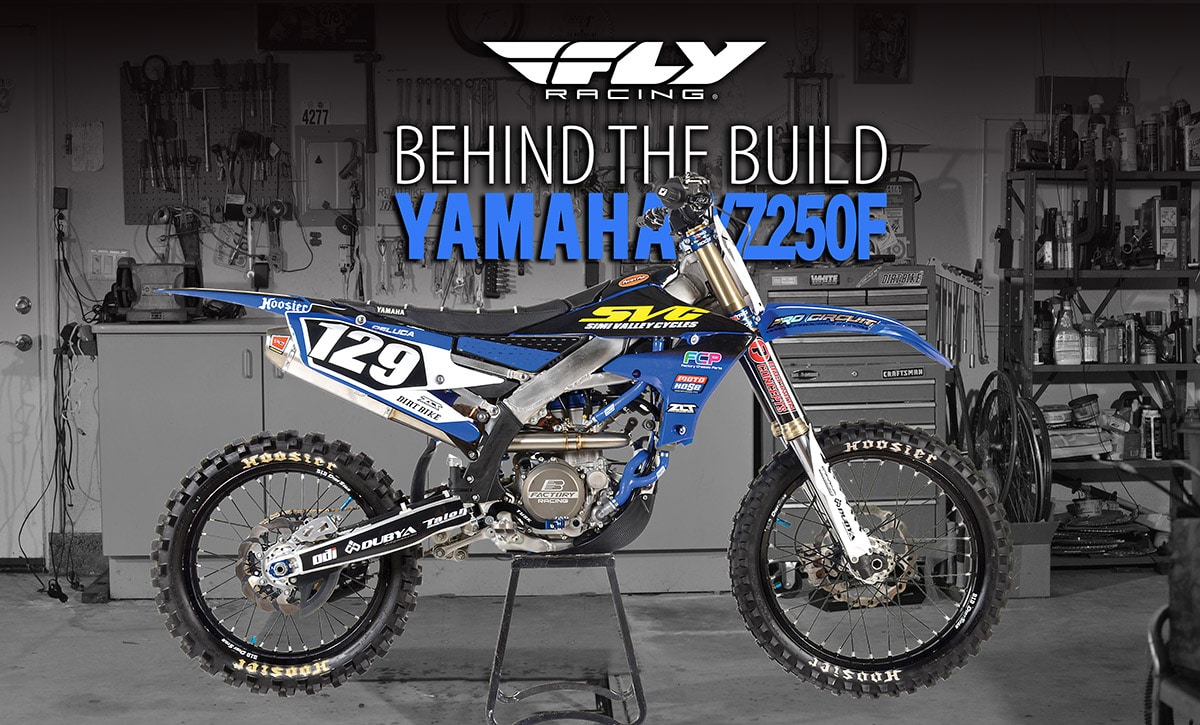 The YZ250F platform has had a very successful 2021 season, receiving both media praises and winning a lot on the professional racing level. Well, that’s just not good enough for the Dirt Bike staff. We wanted more out of our Blue Crew test machine. This wasn’t going to be easy, but we teamed up with Andrew and the crew at Race Tech to look for a little more power and some handling manners. Yes, you heard us correctly—Race Tech is not just all about suspension anymore!

THE BUILD
Making major changes to the appearance of the YZ250F was the relatively easy part of this project. We installed a complete grey plastic kit from UFO that comes with everything we needed to eliminate the blue plastics. We went one step further by adding some performance to the new look with a high-flow airbox lid from Slater Skins, almost doubling the air-intake capacity compared to the OEM unit.

Decal Works was the company handling graphics on this machine, and we wanted something different that was going to stand out without making it look busy. We added a different shade of blue in highlights throughout, and then MotoSeat designed a custom seat cover out of gripper material to match. We used the OEM wheels on this project because we liked how the blue rims popped, and we wrapped them with a Dunlop MX33 soft-to-intermediate tire up front and a MX12 sand tire in the rear.

Yamaha made changes to the 2021 model that moved around the power a bit. Basically, what they did was move the power up in the rpm curve, giving it less down low but gaining more mid-range and top end. For faster, more aggressive riders it was great, but others missed that bottom-end grunt.

Our goal working with Andrew Flores in the Race Tech engine department was to see if we could get that bottom-end back without sacrificing the newfound top-end performance. To do this, Race Tech gave our head an epoxy port job.

Andrew explains: “With our epoxy port, we focus on making the port smaller to increase velocity for more torque. While achieving more velocity, we also have to take CFM [air flow] into consideration, as we don’t want to hurt our top-end power or choke the port down. So, even though we are making the port smaller, we are also increasing air flow through the port from where we started with the stock port. By doing this process, the hope is to increase power everywhere, but mostly down low and in the midrange of the port.”

While at Race Tech, a Vortex ignition was also installed, along with custom mapping, giving us the capabilities to switch between multiple preset maps without having to fire up the Yamaha tuner app by just turning a dial on the unit itself. Our engine portion of this build was topped off with a Vertex top end, Stage 2 Hot Cams and a complete Hinson clutch. An FMF titanium 4.1 complete exhaust system was bolted on once the engine was back in the frame.

The YZ250F was a favorite of most of our test riders during the 2021 shootout in the handling department, but why not try to make it better? We did two major modifications, of course. Race Tech worked on the suspension internally, installing their patented Gold Valve system and making sure to replace any rubber seal or bushing needed.

END RESULT
As we said before, getting more out of the 2021 Yamaha YZ250F was not going to be easy. The performance gains are noticed right away on the bottom end. The bark that the 2020 model had down low is back with a little extra. Mid-range power is also stronger, but top-end gains are not as noticeable.

One odd thing we experienced while testing was starting the bike became a little tricky. If any throttle opening is applied, it died out immediately, but if the throttle remained closed, it fired right up. An easy fix was to take your hand off the throttle while pushing the start button. The FCP Racing YZ250F mount kits are easy to install, have a cool rainbow look on the front titanium mounts and a bronze look on the top mounts that really make the parts stand out. For some people, this would be enough. With the Race Tech suspension mods and FCP mounts, we noticed an improvement in front-end traction and bite in the corners, allowing test riders to easily reach the inside lines that previously had been difficult to hit. 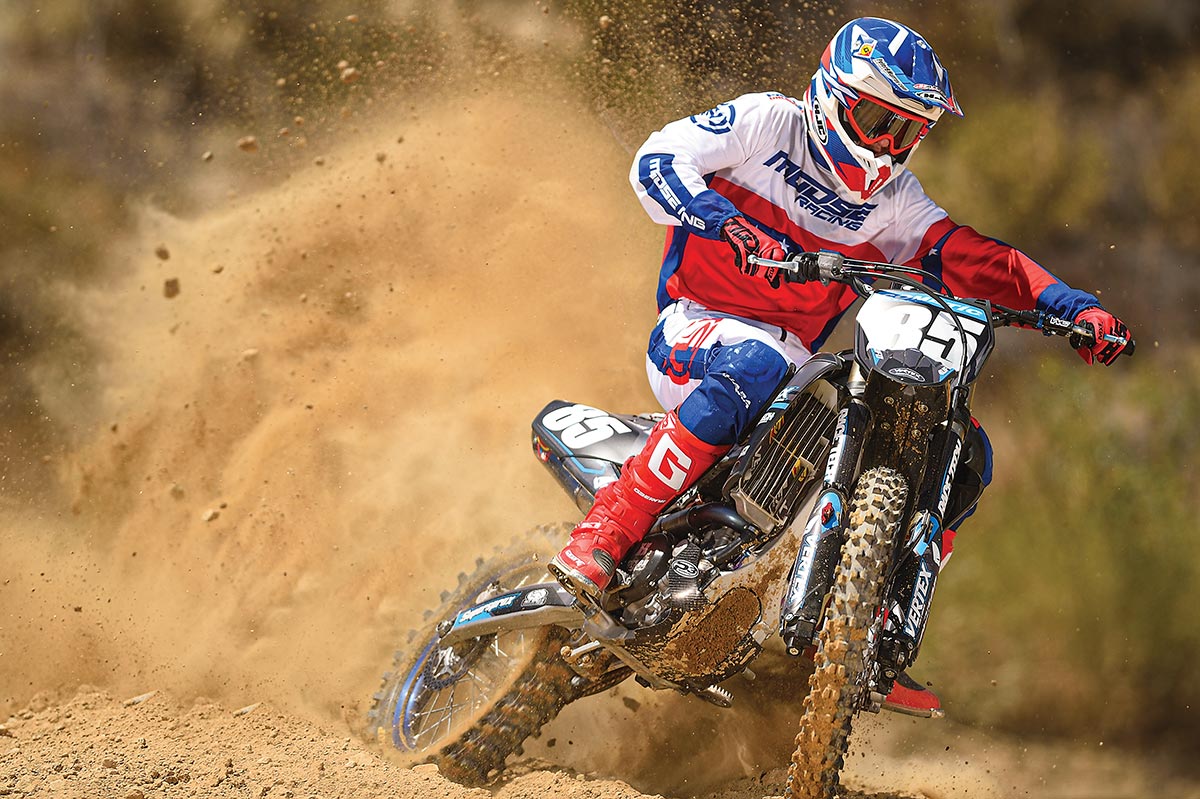 Test riders also notice more rider comfort with an overall plusher feel that resulted in less rider fatigue. For faster, more aggressive riders, the overall handling setup is on the soft side, but for the average rider, some minor clicker adjustments for personalization is all that is needed. Overall looks of the bike changed, engine performance increased and overall handling improved. We would have to say our “Grey Ghost” project was a successful one.