Yamaha will not be going back to Dakar. The Monster Energy Yamaha Rally motorcycle team released a surprising announcement declaring that it will no longer participate in FIM rally racing. The side-by-side team will continue to be involved as part of a development project. The official announcement appears below.

The end of the 2022 Dakar Rally in Jeddah, Saudi Arabia, in which Monster Energy Yamaha Rally Team riders Adrien van Beveren and Andrew Short finished in fourth and eighth place respectively, brings to a close Yamaha’s long and storied association with the 450cc motorcycle class at both the Dakar Rally and the FIM Cross-Country Rallies World Championship.

Yamaha is the only brand that has featured in every Dakar Rally since its inception, with Frenchman Cyril Neveu taking victory aboard a Yamaha XT500 on the very first edition in 1979 and following that up with a second win a year later. Dakar Legend Stéphane Peterhansel scored a record six victories for Yamaha in the 1990s with Italian Edi Orioli adding to Yamaha’s success in Africa with victory in the 1997 edition.

In more recent years the unique WR450F 2-Trac enjoyed a successful start in the 400cc Super Production category, finishing best in class at the 2004 and 2005 races with David Frétigné. He rode the bike to third overall at the first South American edition in 2009, with Hélder Rodrigues also finishing on the podium in 2011 and 2012, before Olivier Pain took third in 2014. For 2015, Yamaha brought a brand new WR450F Rally, with the Monster Energy Yamaha Rally Team coming close to podium finishes on several occasions, with Adrien van Beveren missing out on winning the 2018 edition just a few kilometres from the finish.

With 44 Dakar Rallies behind it, Yamaha will no longer race at the event with the WR450F Rally but will continue to have a presence in the SSV category supporting racers with its Yamaha YXZ1000R prototype project, which was raced in the 2021 and 2022 Dakar Rally editions, finishing 2nd and 6th as part of the ongoing development program. On two wheels the focus will shift to meeting evolving customer requirements in the off-road sector, considering the future introduction of the new Ténéré World Raid.

Yamaha would like to thank everyone involved in organizing the Dakar Rally, the team’s crew, the riders and the sponsors who worked with the manufacturer over the last four decades and brought so much success and many emotions. 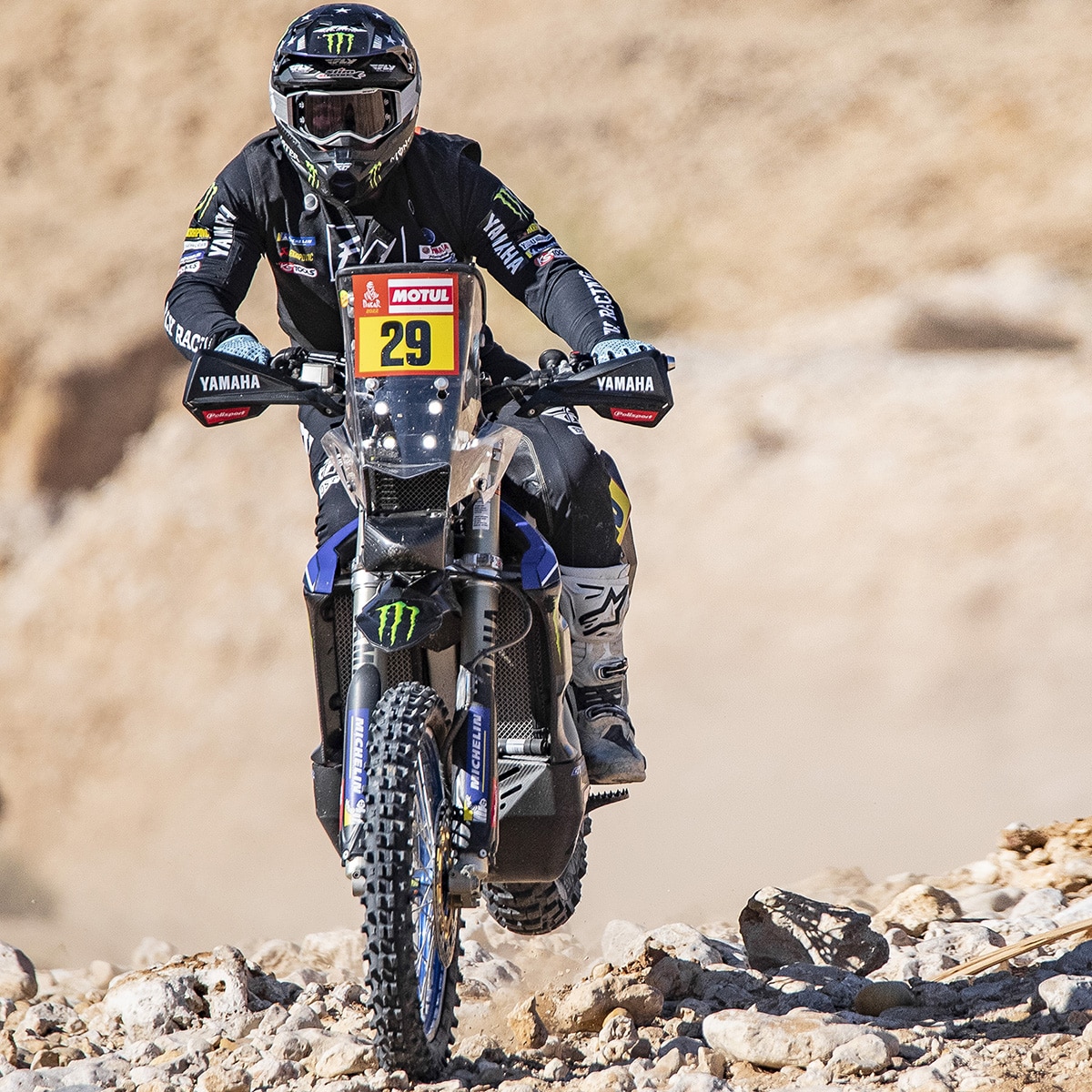 “Yamaha has a long and storied history with the Dakar Rally, starting in 1979 at the first ever edition and running unbroken into the modern era. It’s also an event that I personally have a real passion for, having twice contested the event and for many years worked closely with Jean-Claude Olivier, who not only raced and won stages at the Dakar but also oversaw Yamaha’s most successful pioneer period in the rally. However, while the Dakar Rally has mainly succeeded in remaining close to its roots, even when it moved out of its spiritual home of Africa, the world in which it exists has changed considerably. Our off-road customers now have different expectations and they look for different products, and we must cater for these if we are to stay connected. It is for this reason we have decided to end our long history on two wheels at the Dakar Rally and in the FIM Cross-Country Rallies World Championship, while simultaneously strengthening our commitment to racing the Dakar on four wheels with the Yamaha YXZ1000R SSV. However Yamaha’s commitment to Rally Raid events with motocycles is not over, but our future engagement must have a closer connection to our customers and their aspirations, developing further the Ténéré 700 potential towards a direction which will enable them to rediscover the more adventurous side of Rallies.”