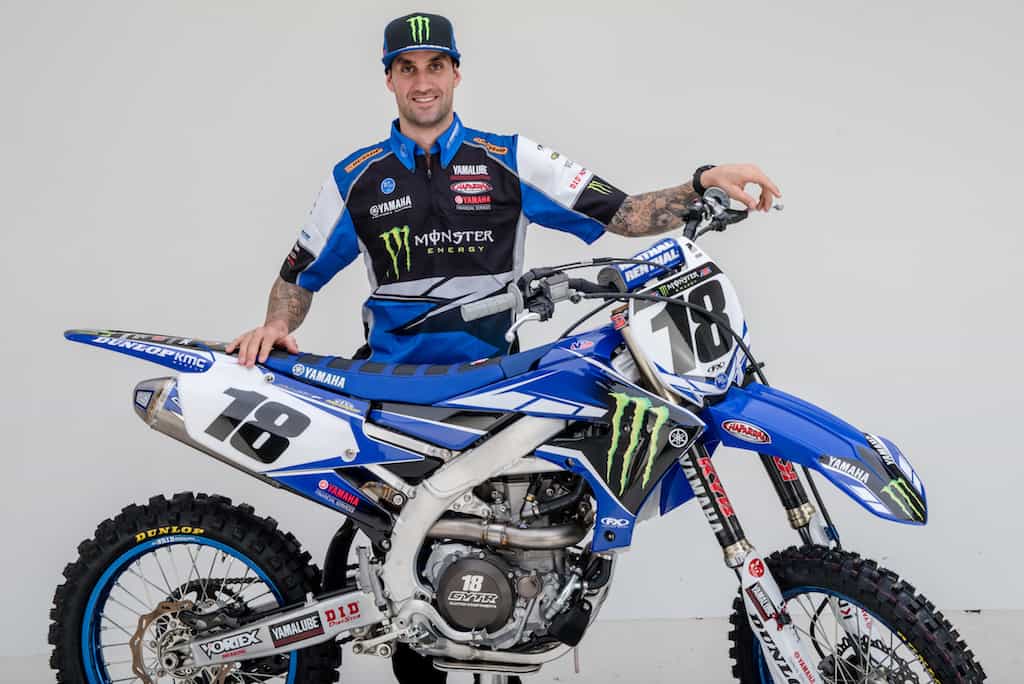 Keith McCarty, Motorsports Racing Division Manager for Yamaha Motor Corporation, U.S.A., said, “We’re excited to welcome Davi to our Yamaha Factory Team. He’s had a great career so far, and he’s been a terrific ambassador for our sport. Davi has been testing his 2018 YZ450F, and he is looking forward to competing aboard the brand-new bike at the upcoming Monster Energy Cup.”

The 2014 Monster Energy Cup winner, Davi was also the Monster Energy 450SX Championship runner-up in 2012 and 2013, and he has notched five career 450SX wins, and 35 450SX podiums. He was also 2006 250SX East Champion and 2016 Canadian National Motocross Champion. The Orlando, Florida, native currently resides in Lake Havasu, Arizona, with his wife Brittney and their two children.

“First of all, I’m super-excited to be racing for the Yamaha Factory team,” Davi said. “And, to be making my Yamaha debut aboard the 2018 YZ450F is going to be awesome. I’ve been doing a lot of testing on the new bike, and it’s coming along great. I couldn’t be happier. I’m training hard for the Monster Energy Cup, and I’ll definitely be ready on October 14th. And, how cool is it that I’ll be running my signature #18 on the ’18 Yamaha in 2018? Can’t wait!”

While Davi will race, Cooper Webb will also be in attendance at the Monster Energy Cup to cheer on Davi, help the team notch the win, and, along with Davi, sign autographs for the fans.

As was previously announced, Cooper will not compete in the event due to the surgery he had last week on his right thumb, which he injured in practice at the Monster Energy MXGP of the USA in Jacksonville, Florida, earlier this month. Cooper will be ready for the start of the 2018 Monster Energy Supercross season, which begins in early January.