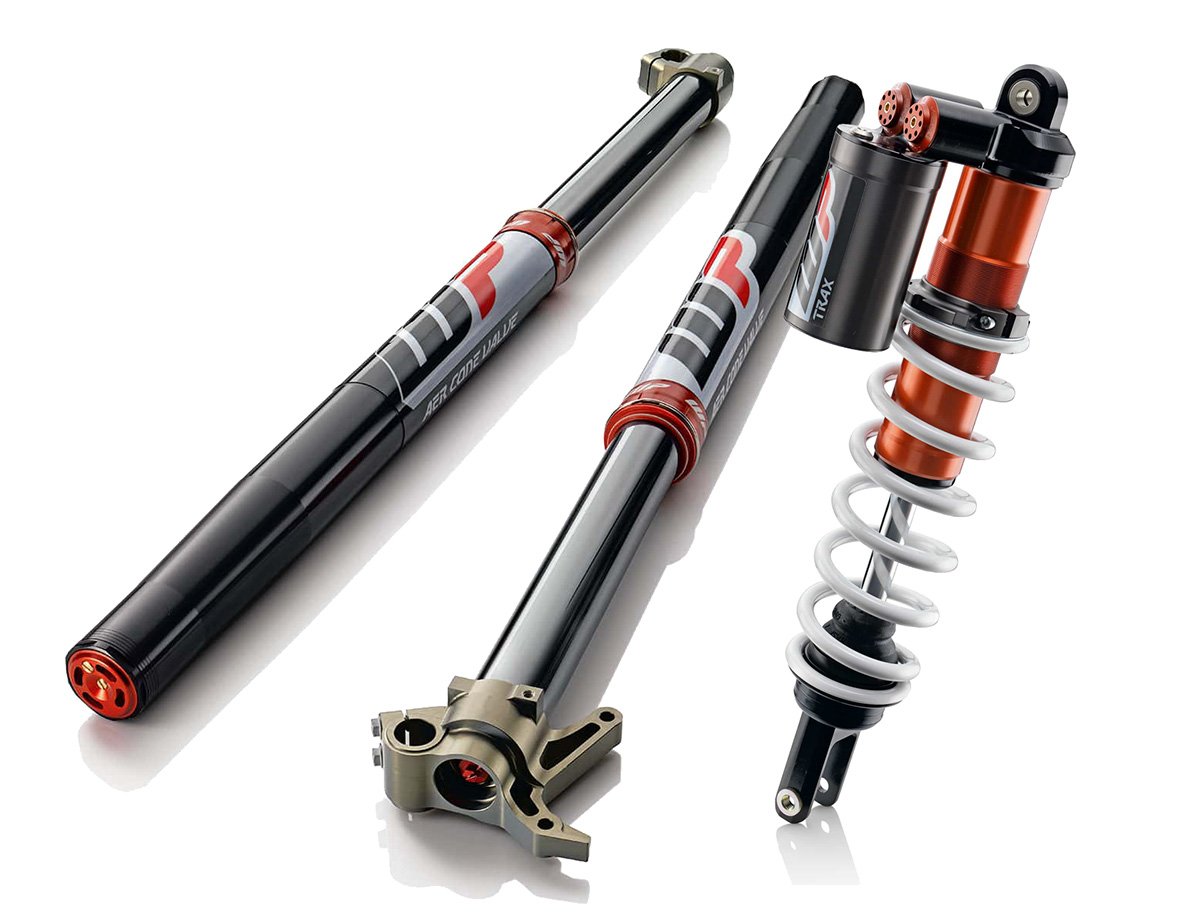 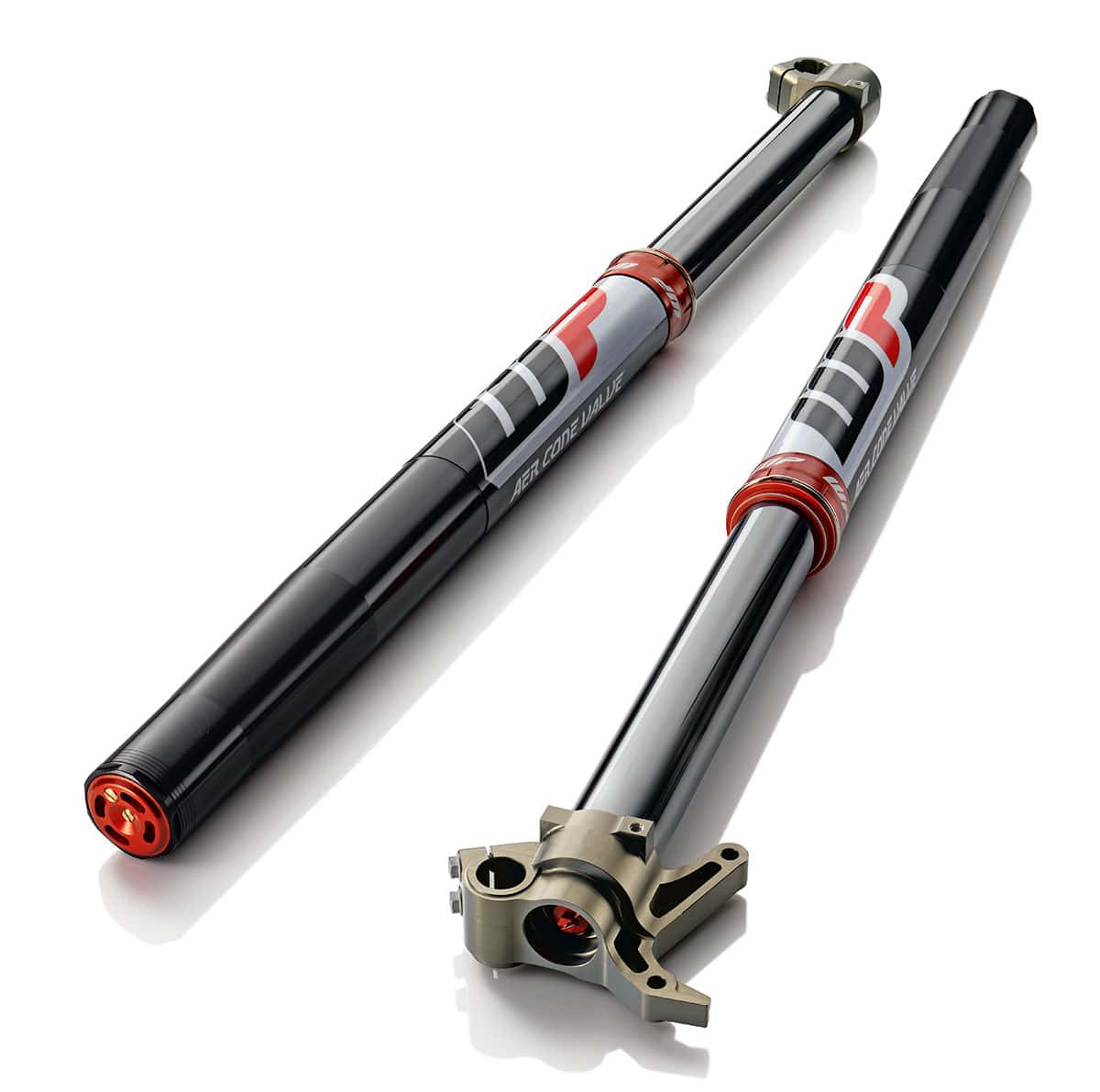 AER 48 Cone Valve Fork: The AER 48 cone valve fork combines two of WP’s greatest technologies. This fork with split technology has been developed in close collaboration with current world championship riders of many different motorcycle brands. The cone valve damping leg is an evolution of the traditional cone valve fork, with damping optimized for use in combination with an AER spring leg. The AER spring leg was developed with the highest-possible performance, nearly unlimited possible setups and easiest-possible handling in mind. The WP Motorsports cone valve technology permits almost limitless damping performance due to a unique valving system. The setup of a conventional damping system has always been a compromise between sufficient comfort and bottoming resistance, whereas the cone valve technology now permits a combination of both factors, resulting in outstanding damping behavior in all riding situations. The AER spring allows the rider to set up the fork for his individual requirements and for individual tracks without changing any internals. Two chambers can be set up individually, allowing the rider to improve the comfort throughout the entire stroke in combination with great initial response. The bike’s riding balance can be changed independently of the bottoming resistance. Also, the AER technology saves up to 2.2 lb. compared to other competition forks. 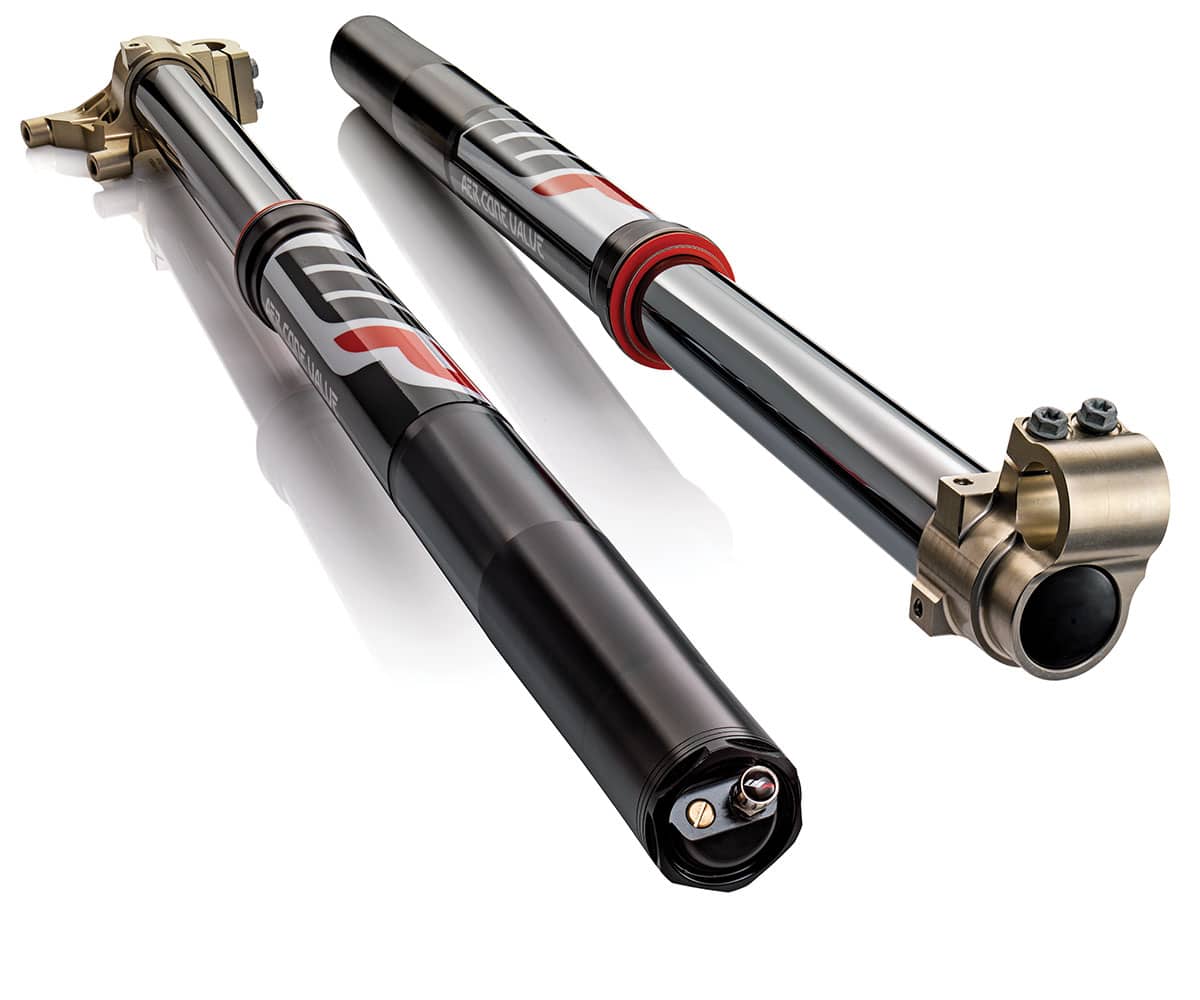 Trax Shock: WP Trax shock absorbers are the most innovative shock absorbers on the market. The Trax unit is a very compact system in the bottom mounting fork of the shock, which significantly improves the grip of the rear wheel. This system has been successfully implemented by the Factory Racing department, and many world championship titles prove how effective it is. The Trax system has been developed in order to reduce the time frame after a bump where acceleration is not possible because of the slow rebound of the rear wheel. The Trax system registers when the rear wheel has no ground contact and immediately opens an oil bypass so that the rebound can expand faster than is possible with a conventional system.
Price: $2535