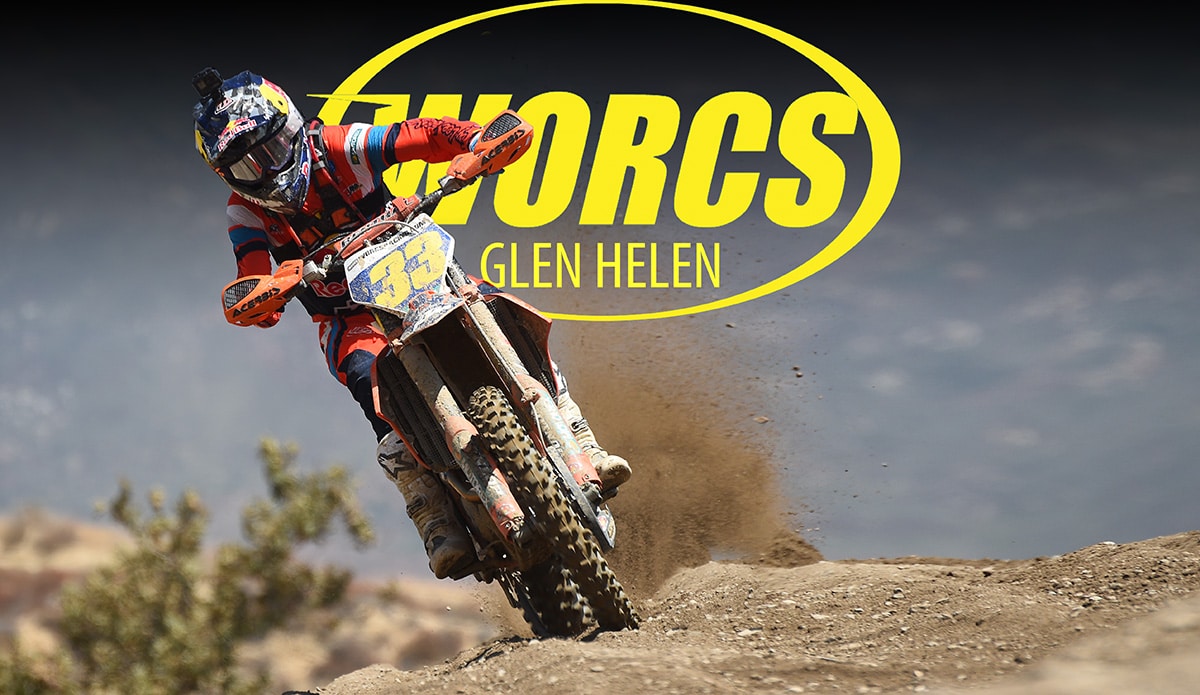 Red Bull KTM’s Taylor Robert returned to his usual habits in the WORCS Pro class as the series visited Glen Helen for the second time in 2019. His string of wins had been broken in Washington last month when GNCC regular Thad Duvall came out west to score both wins of the double header.  But back on the familiar Southern California soil of Glen Helen, Robert was the top man once again. Precision Concepts’ Zach Bell got the holeshot, but Robert passed him in the first turn and never let go. In the early laps, Bell and Ryan Surratt stayed right with Robert, but by the halfway point, Surratt had dropped out and Bell dropped back. In the second half of the race, the real action was watching Duvall come forward after a mediocre start. In the late laps, he passed Gary Sutherlin for fourth and then closed on Dante Oliveira , who was in third. Eventually, Duvall ran out of time and had to settle for fourth behind Robert, Bell and Oliveira.  In the Pro2 class, the race between Austin Walton and Tallon LaFountaine lasted the entire two-hour race. Eventually, it was Walton on top. Tyler Lynn took the win in the Pro2 Lights class. WORCS will be setting up camp for the  rest of the month at Glen Helen, as the organization will host  ATV/UTV races as well as a Sprint Hero event. For full results and scheduling, go to WORCSracing.com