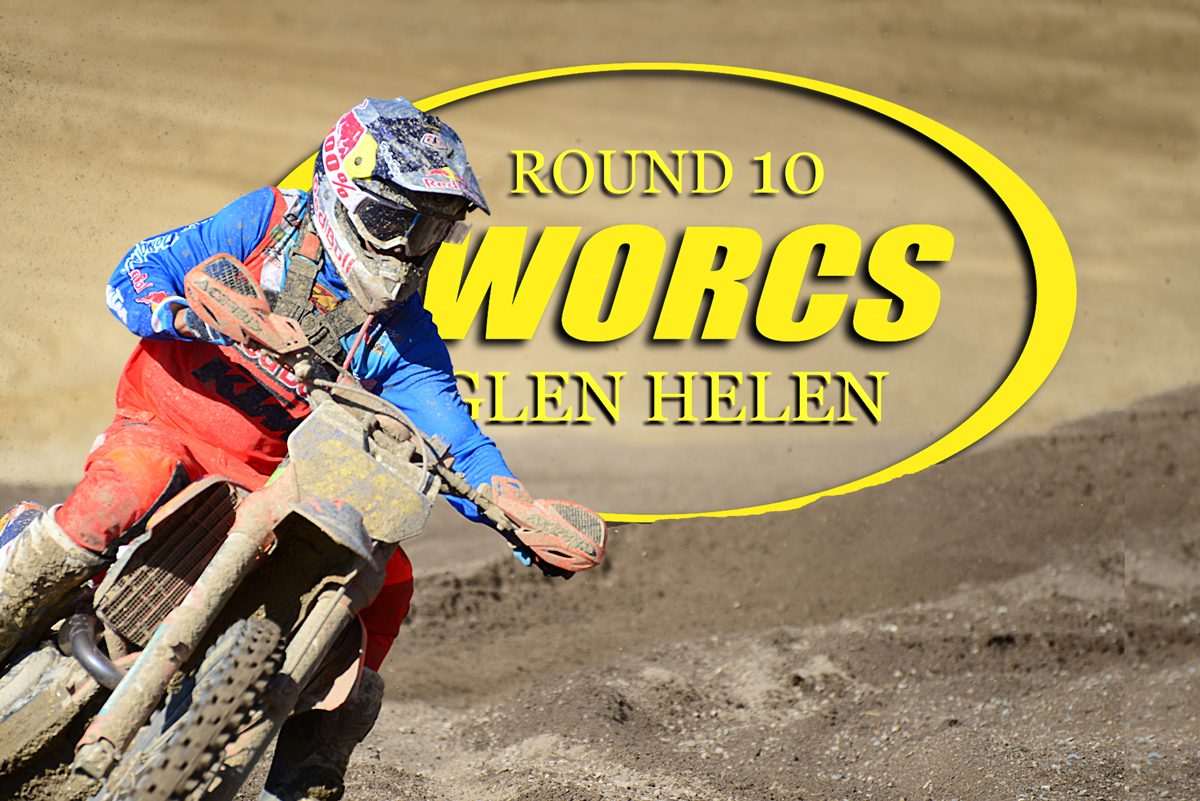 Less than a week after winning the E3 class at the ISDE in Brive, France, Taylor Robert picked up where he left off in the WORCS series. He won round 10 at Glen Helen, but even though he made it look easy, he said it was one he had to work for. “Zach was riding really well, and he made me push,” said Taylor afterward of early leader Zach Bell. “I passed him, then he passed me right back!” Bell had a number of problems after losing the lead back to Robert, among them a fall in the WORCSCross log section, where just about everyone had issues. 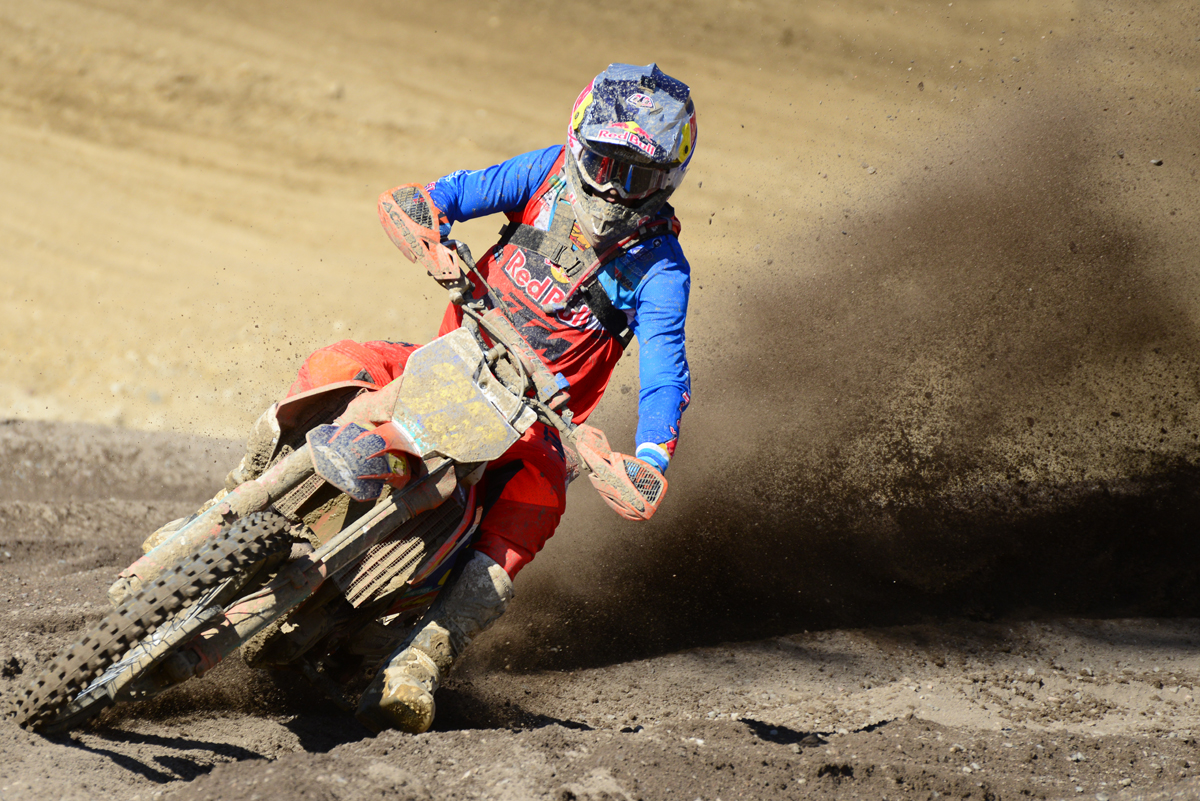 That allowed series points leader Gary Sutherlin to move into second place, but then he had trouble of his own. “My real wheel started coming apart,” he said. “I rode with it like that for two laps before coming in for a wheel change.” That put him all the way back in seventh place, but he started picking his way back through the field. Eventually, he was in second again, but Robert was long gone.

Another rider who had to make up time was RPM’s Eric Yorba, who always seems to be stricken with bad luck at WORCS races. This time he rode cleanly to eventually settle into third place. Behind him, there was an intense race between JCR’s Trevor Stewart, Precision Concepts Justin Seeds and Blayne Thompson. That race very nearly came to a premature end when Stewart hit a course worker’s UTV on the very last lap. He managed to keep the bike going, though, and held off a hard charging Seeds to the finish.

With one round left, the points race is effectively a two-man affair between Sutherlin and Seeds. Robert has won every round he’s attended, but he missed four of them due to injury. Likewise, number one plate holder Robby Bell missed this round.

In the Pro 2 class, Dante Oliveira once again took the win and now has a commanding points lead. This time his main rival was Mitch Anderson, who has been focusing on the Big 6 series all year. Anderson got the holeshot and eventually settled into second, acting as a spoiler between Oliveira and second-place points contender Alex Dorsey. Oliveira now has the number one plate wrapped in the Pro 2 class. 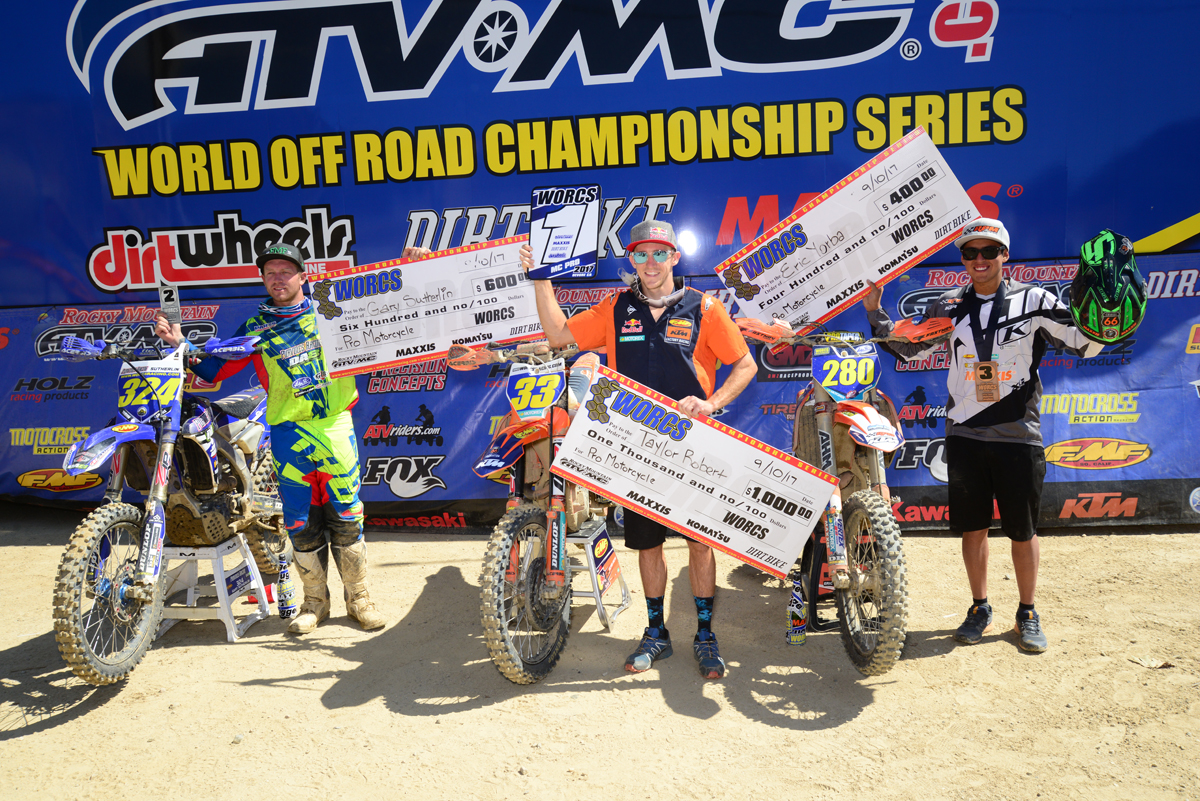