WORCS ROUND 1: TAYLOR ROBERT ON TOP 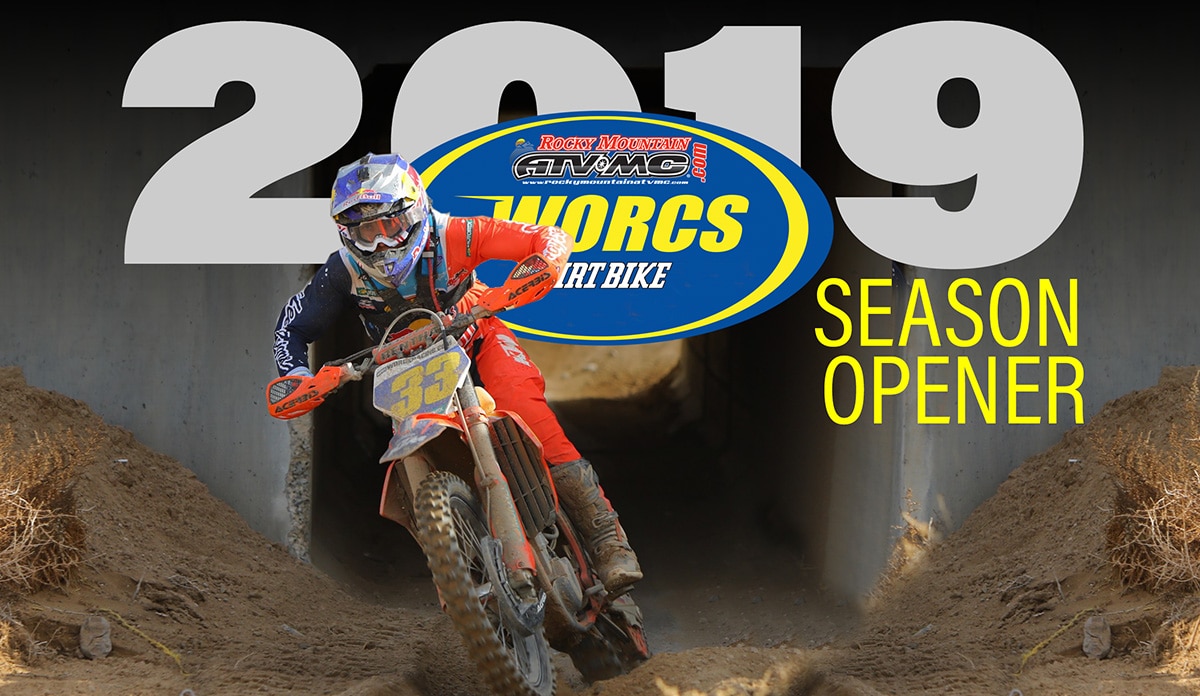 The 2019 WORCS season got underway this weekend in Primm, Nevada. FMF KTM Factory Racing’s Taylor Robert was clearly the favorite rider coming in after winning almost every round he entered in 2018. The pro class will be stacked for 2019, though, with WORCS Pro champion Giacomo Redondi returning on a privateer KTM  along with a formidable Chaparral Kawasaki/Precision Concepts team that includes Zach Bell and Blayne Thompson. To make matters even more interesting, Rockstar Husqvarna’s Andrew Short flew directly in from Lima, Peru after finishing the 2019 Dakar Rally in fifth overall. Former WORCS champions Gary Sutherlin and Ricky Dietrich were also on hand.

The Primm course was in excellent condition thanks to days of rain and included the infamous Primm tunnel, lots of rough terrain and even a challenging rock section. The pros got underway with Zach Bell getting out front early. Within a few turns, the pecking order sorted itself out to Bell, Blayne Thompson, Andrew Short, Taylor Robert and Dalton Shirey. Both Thompson and Short went down on the first lap and had to remount in the back of the pack. Another early casualty was Dietrich, who tangled with Travis Damon and went down hard. He went back into the pits, but then returned, bent bars and all, to get back into the race almost a lap down.

By lap two, Robert had made his way into the lead but he had plenty of pressure from Bell. The two managed to open up a small gap, over third place Shirey, but couldn’t get away from each other. It wasn’t until the nith lap that Robert finally got some breathing room. By then Shirey had trouble and Thompson had come back to claim third after his early bobble. With another hard charge on the final lap, Robert was able to garner a two-minute lead over Bell by the end of the race as he collected the first victory of the season.

Robert: “Zach [Bell] was riding really well, he had a really good pace going but I just pushed really hard through the rocks and I was able to get around him early on. He soaked up to my rear wheel and I couldn’t get away from him for a while. We went at it for about an hour and he was on the limit pretty much the whole time, so it was some good racing, for sure! It’s my second race on the new bike this year, I raced it at the Sprint Hero two weeks ago, and to go 1-1 to start off the season has been really good and I’m stoked on the new bike!”

Andrew Short: “The race went decent for me. I didn’t really know what to expect. Honestly, I was hoping to at least be top-five, so I was a little disappointed that I didn’t have better speed. I knew my energy level would be really bad [because of Dakar] but the pace was really quick at the beginning and I tipped over right away, which didn’t help. After that, I just didn’t have very good flow the whole time, so I learned the pace, how the race format works and all that, so there’s a lot of positives that came out of it. I have a lot to learn and hopefully I can get out of this hole energy-wise and come back at the next one and improve and see how it goes from there on out.”