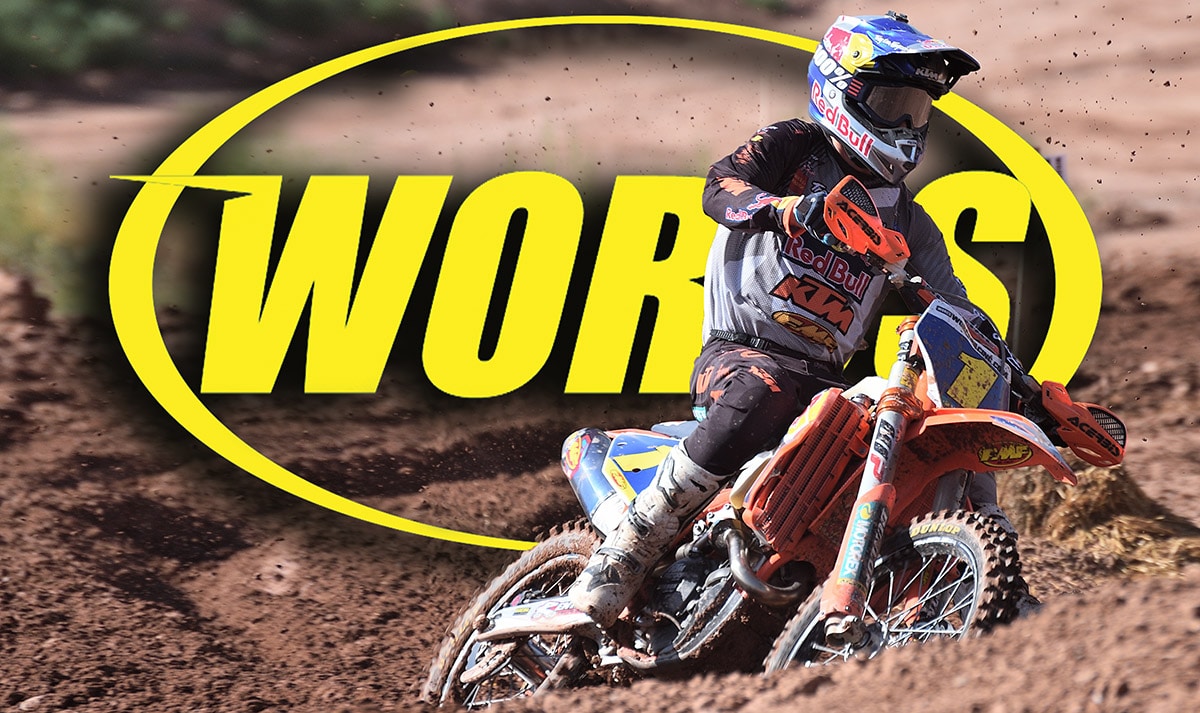 WORCS became the first off-road motorcycle racing venue in the west to resume racing this weekend with round three of the series near Mesquite, Nevada. It was a challenging event to put together after the scheduled race in Nevada was canceled in the wake of the Covid-19 crisis. “We had to work with the state initially, then the county and then the city,” said WORCS organizer Randy Perry. “People don’t realize it but Mesquite MX is actually in Arizona, and Arizona lifted a lot of their sanctions first; earlier than Nevada. Everyone really greeted us with open arms.”

The real obstacle turned out to be nature, as the event saw temperatures as high as 110 degrees over the three days of racing. That was the thermometer read for the inaugural running of the WORCS E-bike race on Friday. “It seemed more and more of our Pros were pre-running the course on E-bikes, so we figured we could give them a chance to race,” said Randy. Travis Damon and Robby Bell were among the more familiar names lining up with their E-bikes, but it was Nick Dinapoli who took the win after a 30-minute scrap with Jeff Frampton.

For Sunday’s Pro race, the temps lingered around a slightly more merciful 100-degree mark, setting  the stage for a grueling restart to the series. When we left off after the first two rounds, Red Bull KTM’s Taylor Robert was enjoying a short winning streak despite having more competition than ever. Zach Bell of Precision Concepts/Chaparral Kawasaki had proven he could run with Robert, while both Austin Walton and Cole Martinez were getting faster with every ride.

At the start, Taylor assumed his traditional role in front, but Bell was right there. The two of them started off pacing each other while the rest of the pack shuffled around. Dalton Shirey was up front early, as was Cole Martinez. A few laps into the race, Bell pulled in with apparent bike problems. “It was some kind of electrical issue,” said team manager Robby Bell. “A sensor was putting the motor into limp mode, but then it would recover.” Zach would have inconsistent trouble throughout the two-hour race, but did his best to manage it.

That presented the opportunity for RPM Racing’s Dante Oliveira to come to the front and present a challenge of his own. Dante seemed able to match Taylor’s speed, but never got close enough to start a real battle. As the race progressed, riders were coming into the pits on almost every lap with problems, mostly generated by the heat. Dalton Shirey was in and out, and so was Austin Walton. Blayne Thompson and Trevor Stewart were eventually forced out with bike issues. The end of the race saw Taylor Robert with a comfortable lead over Oliveira, Martinez and Shirey. Bell held on for fifth.

In the Pro 2 Class, Mateo Oliveira put in an amazing ride, working all the way up to fourth overall. Tallon LaFountaine held second for most of the event, but had to fend off a mid-race challenge from Richard Taylor, who was riding his very first WORCS event. The order changed in the final laps of racing. Mason Ottersberg passed both Taylor and LaFountaine to claim second.

The next round of WORCS has been switched from Lake Havasu to Wickenburg, Arizona on June 12. For full results and scheduling, go to www.worcsracing.com. 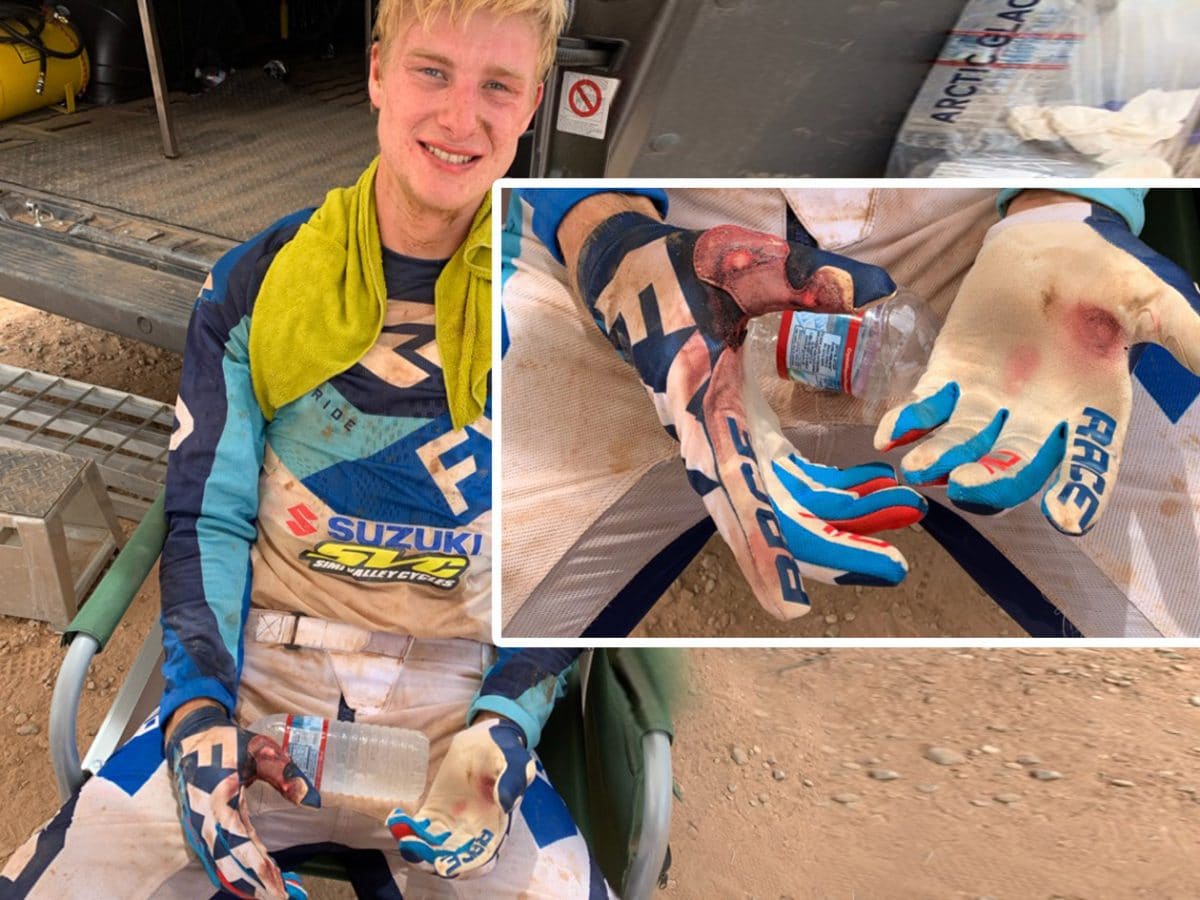