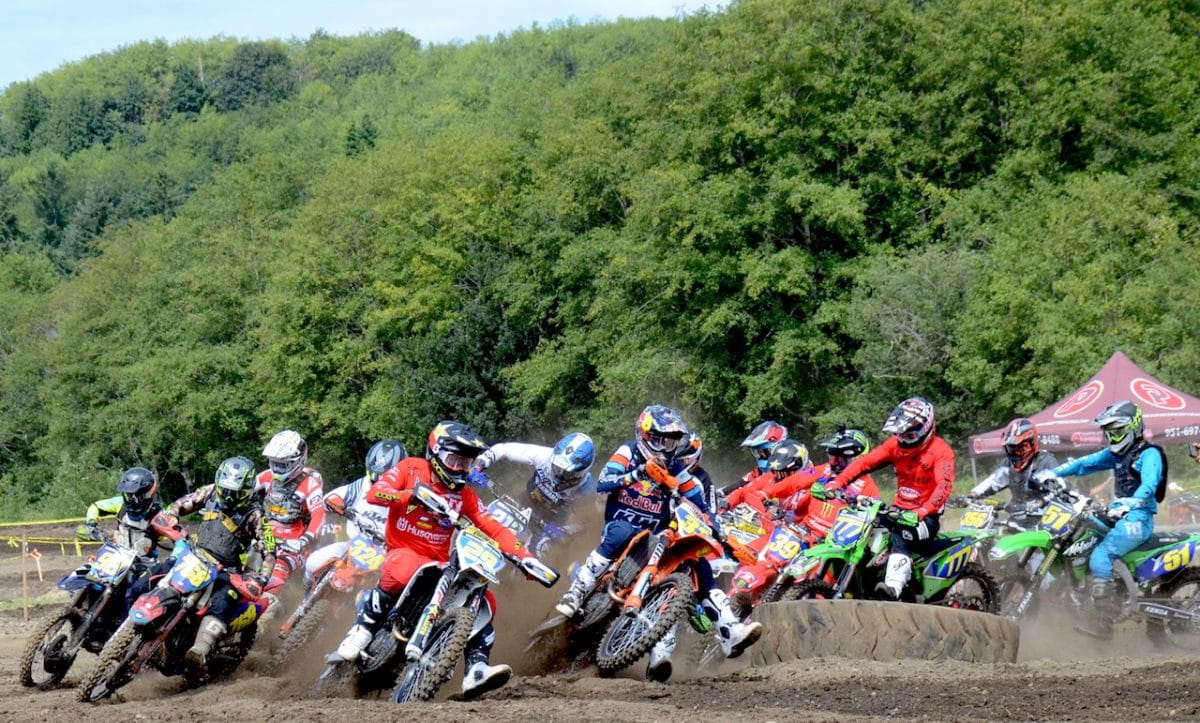 The annual  WORCS week in Washington is upon us and round seven was held earlier this week at ORV MX Park in Gray Harbor Washington. Racing action was intense in all classes but the Pro class winner would surprise everyone. Red Bull KTM mounted Taylor Robert battled with Rockstar Husqvarna’s Andrew Short for the hole shot and eventually take over the lead as the pack headed into the off-road section of the course with Short, Russell, Oliveira, Dietrich, Sutherlin and the rest of the pack trying to run him down. Thad Duval went down early on lap one and would have to charge from behind on his Rockstar Husqvarna to catch the lead pack. Taylor Robert would lead 95% of the race like he had at the previous six rounds but a last lap altercation with a lapper would cost him the win. 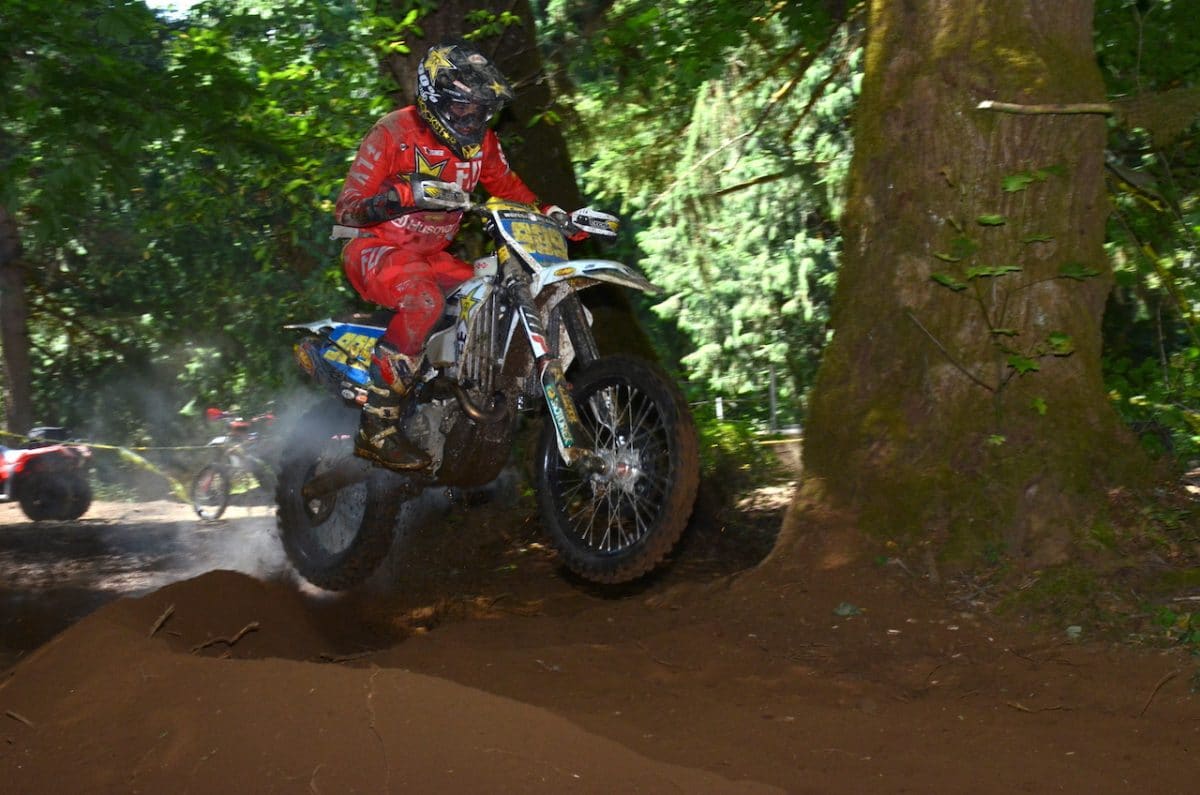 Thad Duval would charge the entire race passing into the lead during a wild turn of events on the final lap. 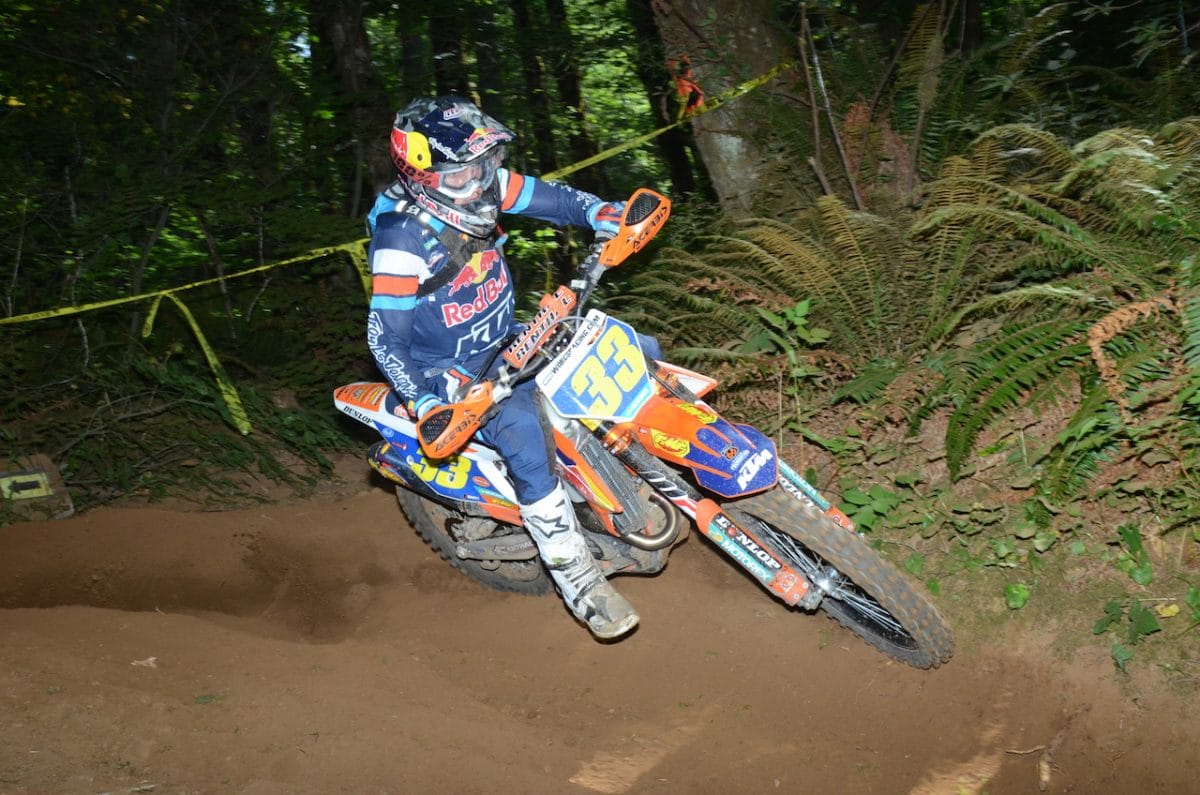 Taylor Robert looked to have the “W” on lock heading into the final lap with a 15 second lead on Duval but when he was trying to pass a lapped rider that rider fell into him. Robert’s bike was pinned underneath the lapped riders bike then Duval came up on the situation and tried to pass both riders in the very tight section he went down as well. Robert’s and Duval would both remount their bikes and sprint to the finish with Duval making it there first. 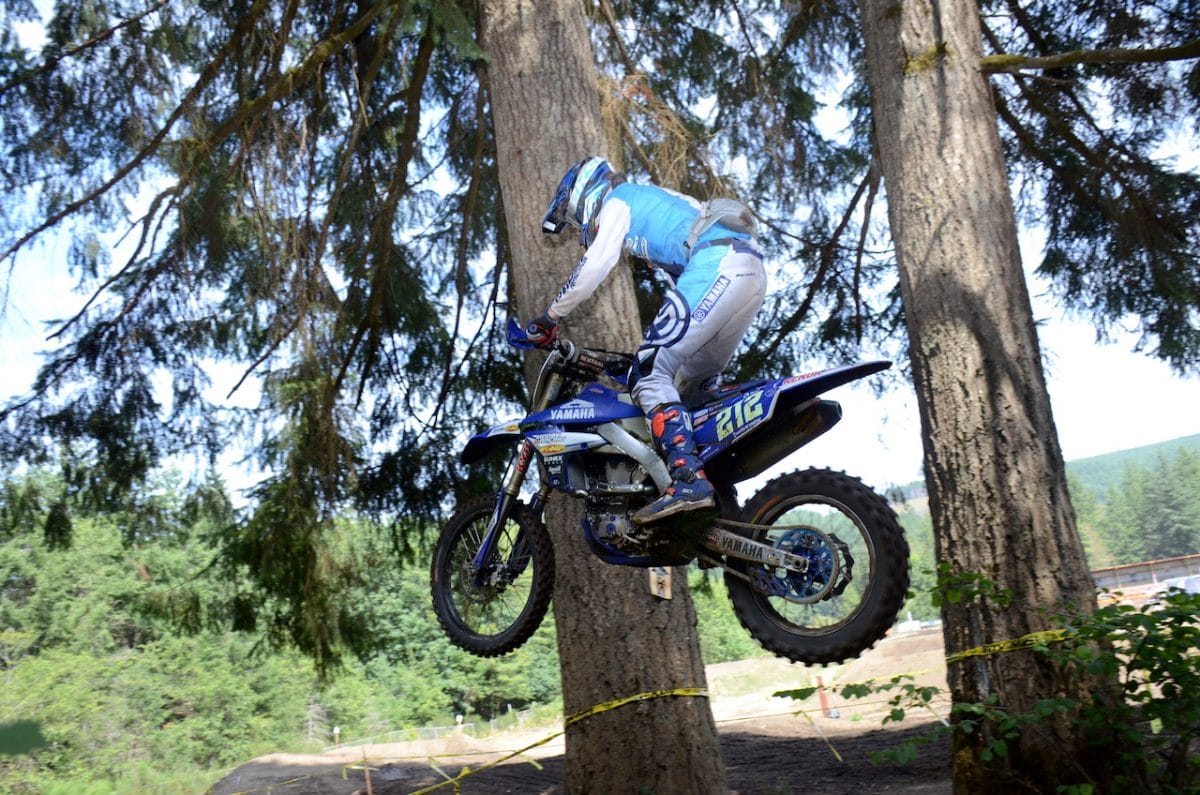 Yamaha mounted Ricky Russell was on the gas and ran up front all day long eventual rounding out the podium in third. 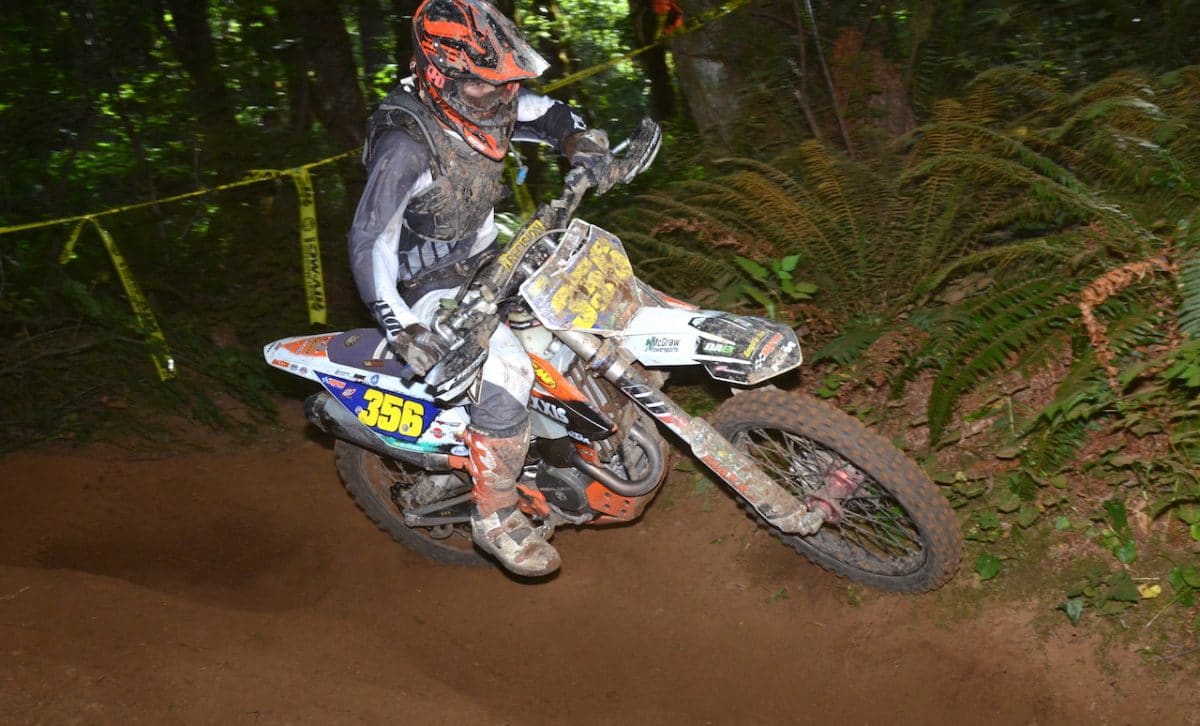 RPM KTM rider Dante Oliveira continues to impress with his speed finishing just off the podium in fourth. 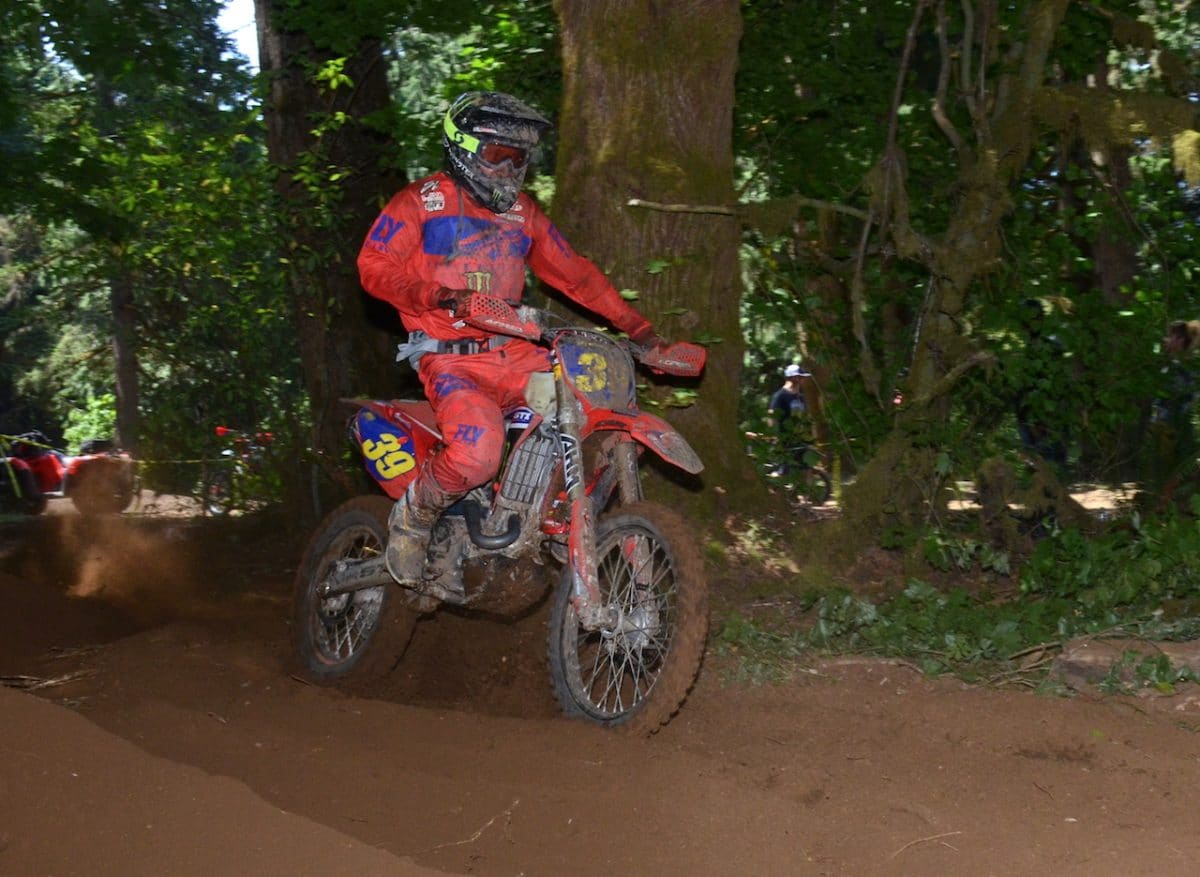 Ricky Dietrich has been progressively finding his speed and finished a solid fifth aboard his SLR Honda. 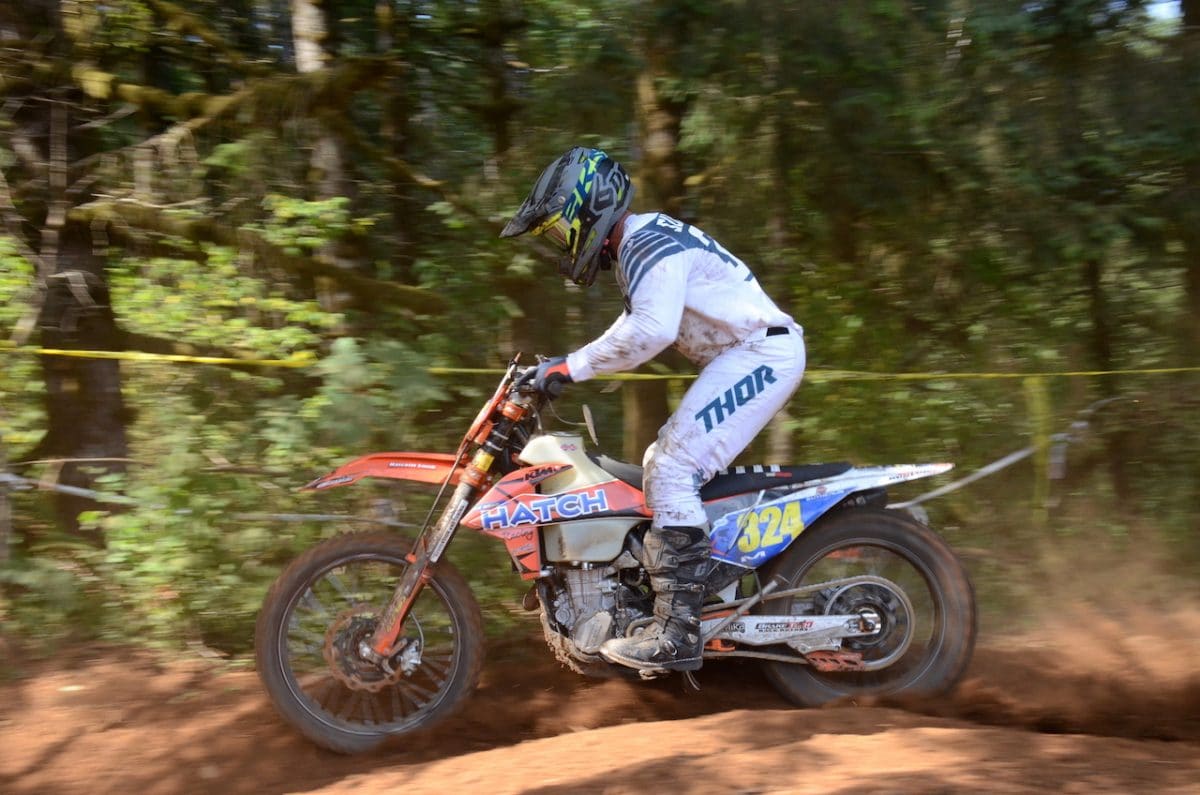 Gary Sutherlin has been on a road trip with his daughter Em for that last week having lots of fun and it shows. Sutherlin looked fast and eventually finished sixth. 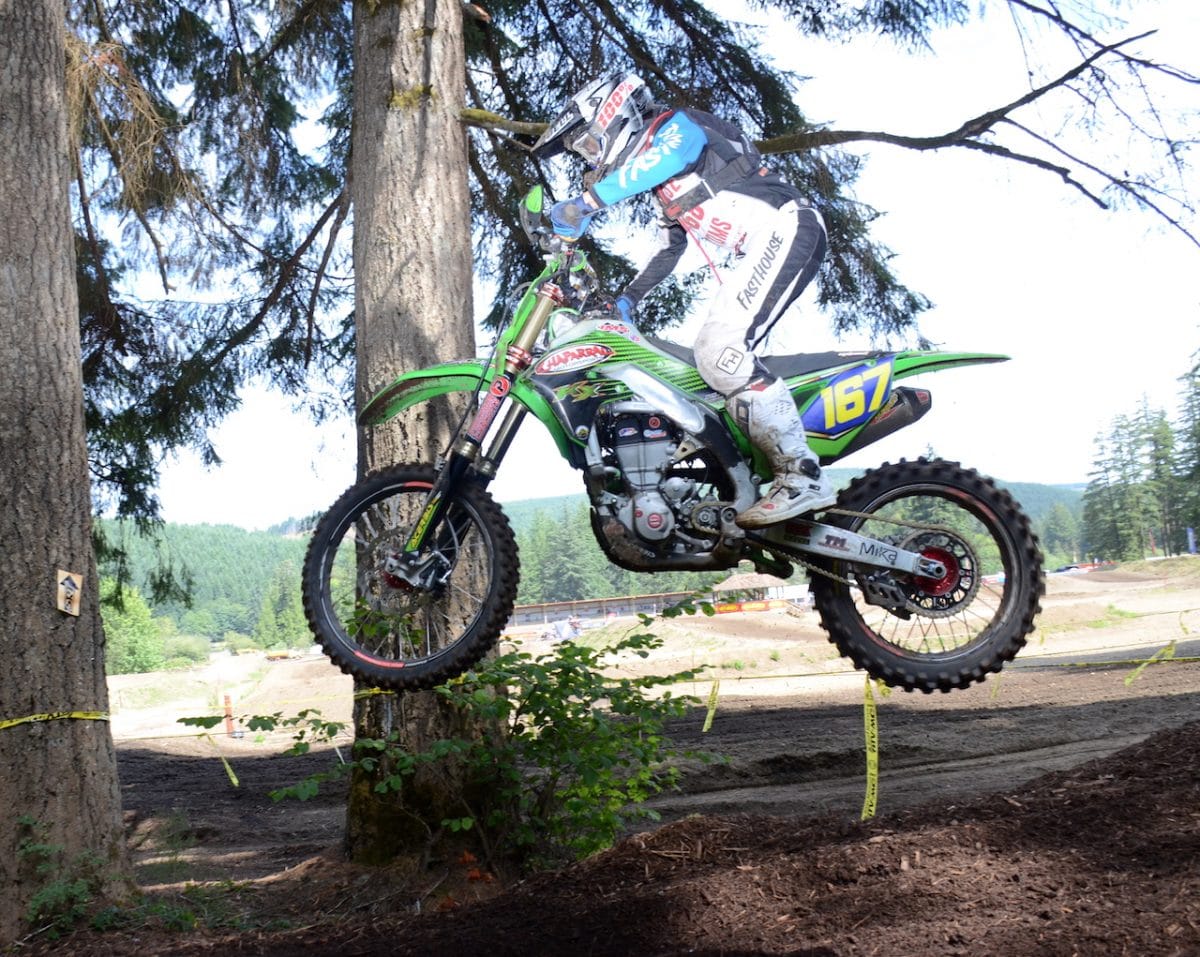 Zach Bell struggled in the Pacific Northwest conditions on his Precision Concepts Kawasaki all day long and his seventh place finish reflected that. 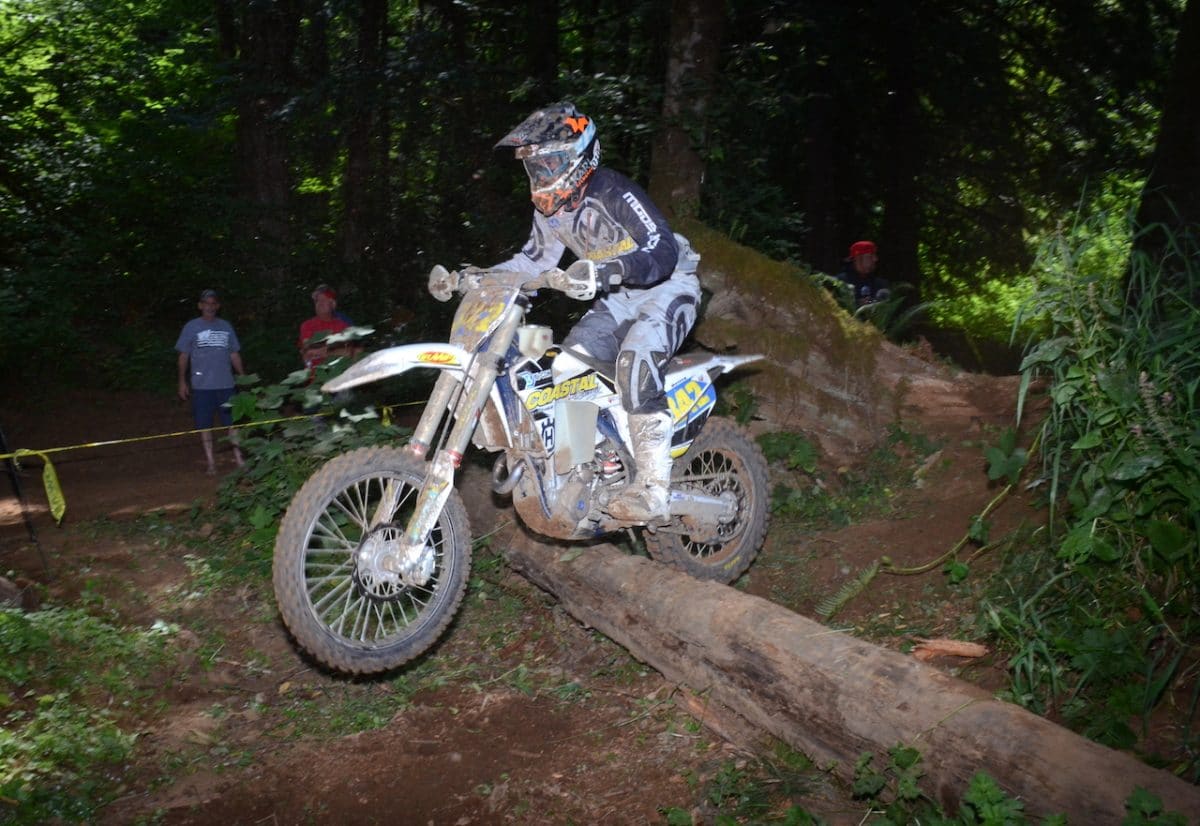 Craig Delong was another east coast rider racing WORCS for the first time in 2019 and looked good finishing well within the top ten. 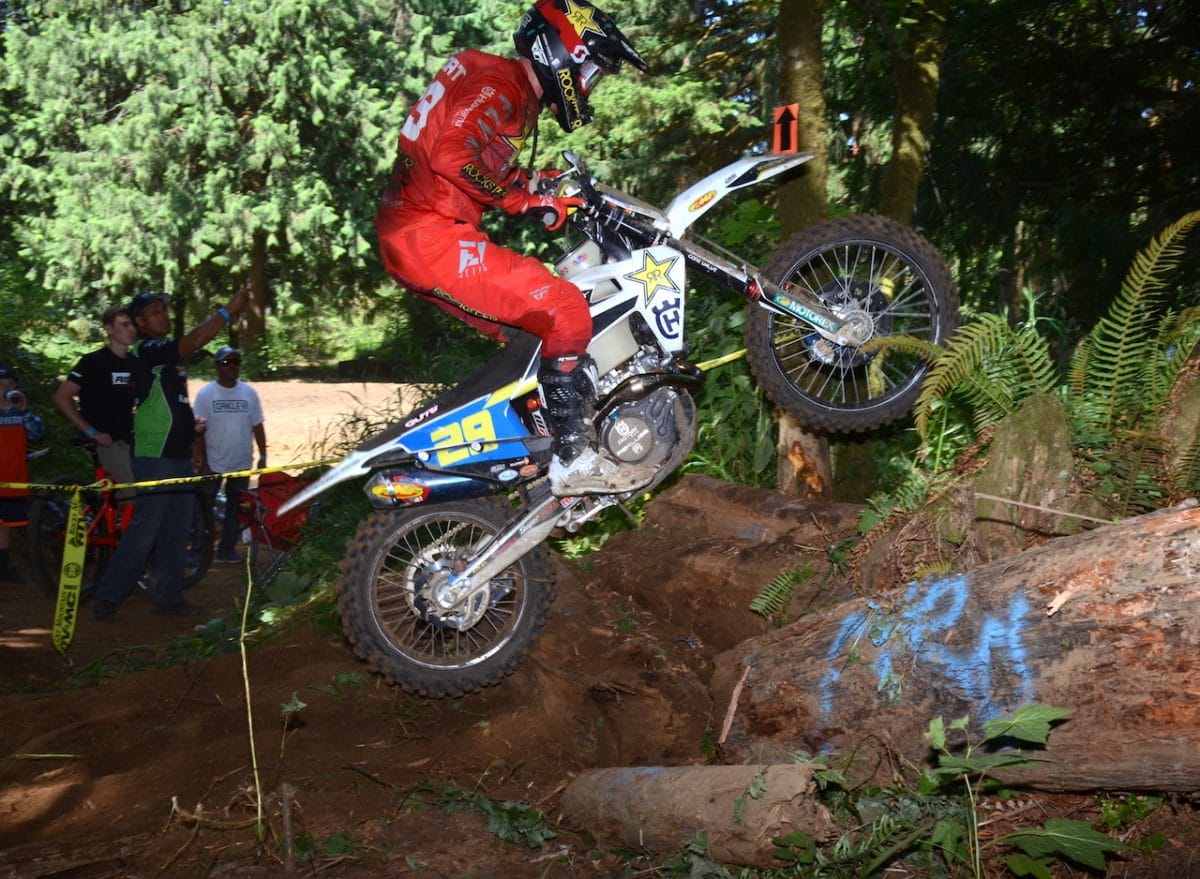 Andrew Short was on fire for the first three laps but would make a few mistakes that cost him huge chunks of time. Short would finish just inside the top ten on his Rockstar Husqvarna. Once Shorty gets this off-road thing figured out everyone better watch out!