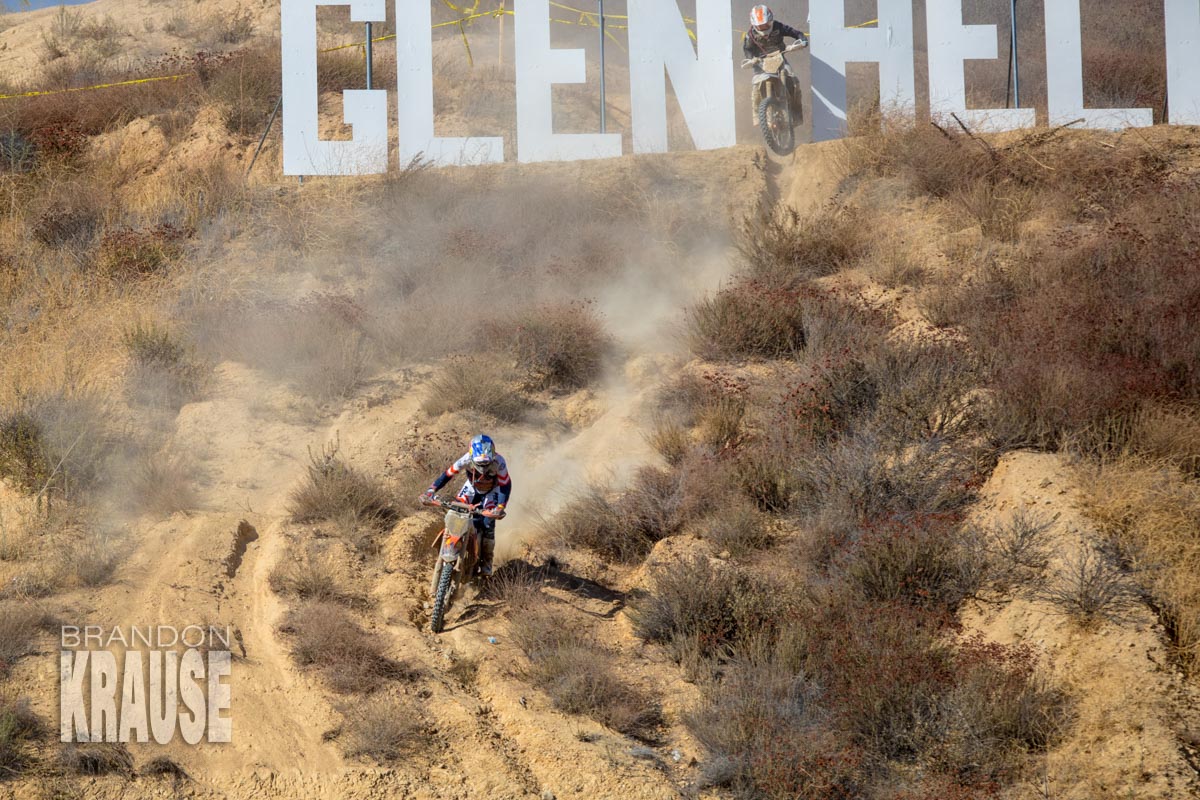 WORCS got back into the business of racing this weekend at Glen Helen with a double header, running rounds four and five back to back. Normally, the schedule calls for two days of racing for each round, but a condensed schedule allowed all classes to have full length races on the six-mile course, and the WORCS crew managed to keep it running on schedule throughout the weekend.

The first three rounds of the Pro class were back-to-back-to-back wins for Taylor Robert, but each of them has been hard fought. Earlier in the year, Zach Bell was giving him fits, and it hasn’t gotten any easier now that Zach is out with injury. Both RPM Racing’s Dante Oliveira and Rockstar Husqvarna’s Austin Walton have proven that they can run at Robert’s pace, but neither have been able to close the deal so far. That changed on Saturday’s Pro race when Oliveira got out front early and held off Robert, lap after lap. Eventually, Robert clawed his way into the lead, but a bad pit stop gave it back to Oliveira, and Robert had to continue covered in gasoline.

Behind those two, Walton kept a steady pace just seconds ahead of a big field that included several motocrossers. Mike Alessi, Cole Martinez and Ryan Surratt were in the Pro 1 class while Colton Aeck was riding Pro 2 on a Husky 250. All of those riders have previous experience with WORCS racing,  and recently, Martinez has had excellent results riding for Team SLR. He eventually emerged from the fray in fourth, ahead of Surratt.

When the racing was done, Oliveira emerged on top, handing Robert his first defeat of the year. Oliveira, Robert and Walton were only separated by less than a minute after 90 minutes of racing. After that, it was Martinez, Surratt, Trevor Stewart, Justin Seeds and Alessi. In the Pro 2 class, Mateo Oliveira was the winner, making it a family affair. He was followed by Tallon LaFountaine, Carlen Gardner and Aeck.

Day two, round five saw a more technical course that included “The Rubicon,” which is a rock section that favors riders with EnduroCross experience. This time, Robert got in front and never surrendered the lead. At first, Oliveira was right on his wheel, but eventually Walton stepped it up to challenge for the lead. Once again, the battle remained tight throughout the race, but this time, Robert remained in front. Walton was second with Oliveira and Stewart behind. Mateo Oliveira again won the Pro 2 class with Aeck second and Mason Ottersberg third. For full results, go to www.worcsracing.com.

TACO TUESDAY: A LITTLE BULTACO WITH A SIDE OF ABERG