WORCS; BACK IN SESSION 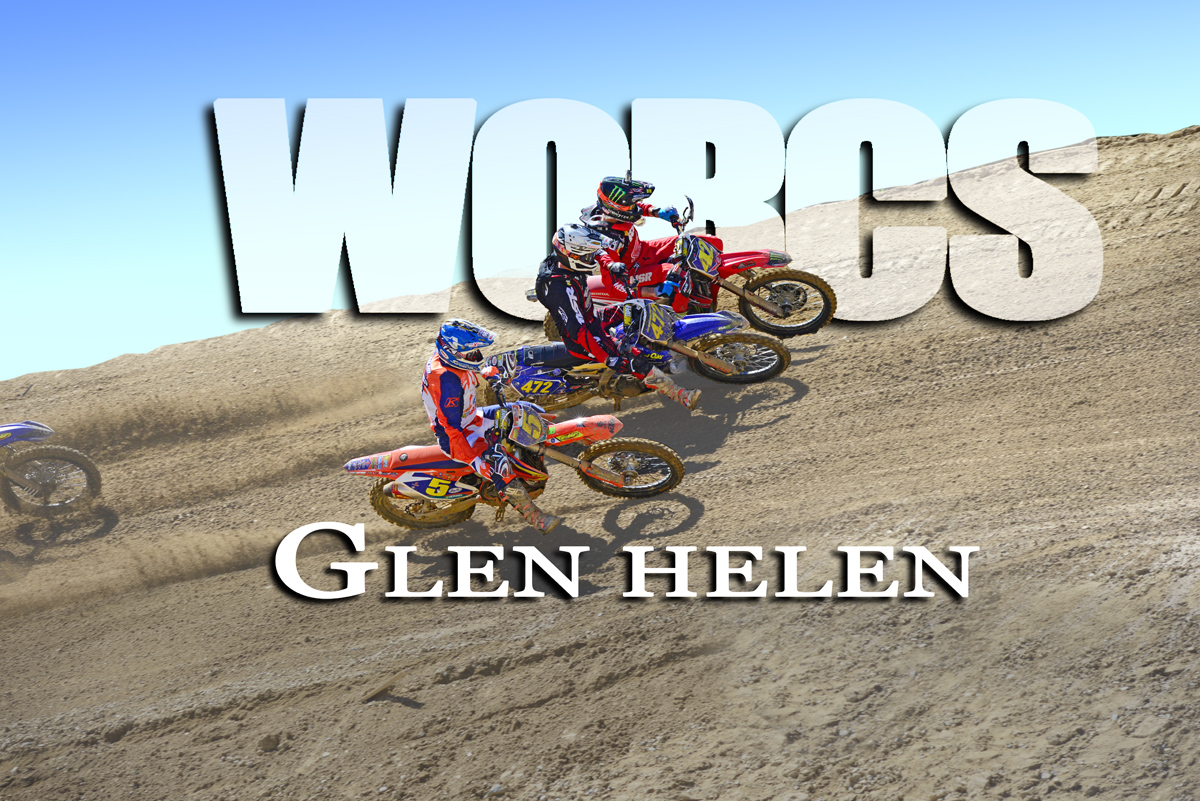 WORCS racing picked up again this weekend after a much needed summer break. Most of the top pro riders were battered and bruised, and some were racing for the first time in months. Precision Concepts’ Robby Bell was leading the points but injured himself practicing motocross at Pala Raceway. Justin Jones and Blayne Thompson were also coming back from injury and time off. RPM KTM rider Eric Yorba, on the other hand, has suffered almost supernatural bad luck in the WORCS racing over the past few years, and he finally put that all behind him to run what has to be considered the perfect race at Glen Helen. He pulled the holeshot, then set the fastest lap of the race on lap two. Jeff Loop and Justin Jones remained reasonably close in the early laps, while hard times befell some other riders. Zip-Ty Racing’s Dalton Shirey went into the pits on lap one when his fuel-line came off, them made another stop to fix a throttle  issue. Justin Seeds, Justin Wallis and Blayne Thompson were all buried in the pack.

Soon enough, the top three stabilized with about 10 seconds separating each of them. Yorba was in front, Jones was second and Robby Bell moved into third. It stayed like that for almost an hour and a half. In the waning laps, things started to change. Jones went into the pits for a new rear wheel when his Bib Mousse failed, and both Thompson and Wallis seemed to be getting stronger. Eventually, Thompson took over second place from the still-injured Bell, and Wallis moved into fourth. At the end of the race, Yorba was still safely in front, securing his first-ever WORCS Pro win. Thompson was second followed by Bell, Wallis, Jones, Shirey, Ryan Reina, Michael Del Fante, Seeds and Travis Coy. Travis Damon climbed all  the way into sixth overall on his way to winning the Pro 2 class ahead of Alex Dorsey and Matt Maple. For more results, go to www.worcsracing.com.