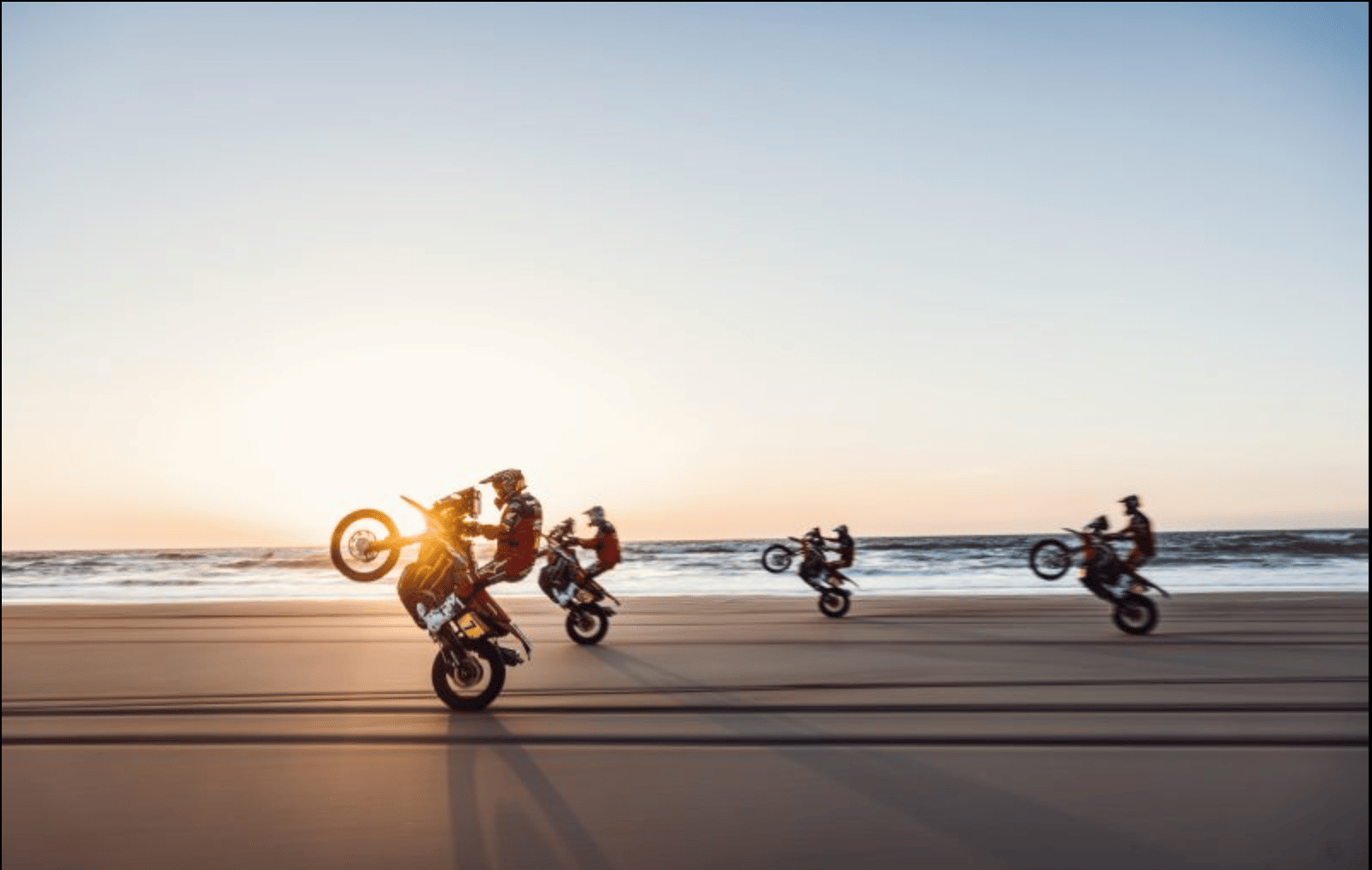 “Monster Energy Honda Team riders Ricky Brabec (USA), Adrien Van Beveren (FR), Pablo Quintanilla (CL), and José Ignacio Cornejo (CL) are determined to set the pace in the next Dakar Rally 2023, starting with confidence a new season at the FIM World Rally Raid World Championship. This feeling is the consequence of several months of hard work together, testing and training the Honda CRF 450 Rally in the toughest terrains on earth.”

“With a large experience in Dakar, each rider starts with the same ambition but with a different strategy: to allow Honda to continue its legacy in the most important off-road competition in the world. It all started in 1982 with a victory from Frenchman Cyril Neveu. Four more wins were conquered in the 1980s with Neveu, Orioli, and Lalay. Recently, Ricky Brabec (2020) and Kevin Benavides (2021) made it again to the top, starting a new era for Honda.”

“The 2023 Dakar Rally will start on Saturday, December 31st, with a Prologue that will decide the start order for stage number one. In Saudi Arabia, for the fourth consecutive year, the race consists of 14 full stages, covering a distance of around 5,000 km, the longest 0f the competition since 2014. The itinerary includes 70% new special stages. The rally will kick off from the beaches of the Red Sea and conclude on the sands of the Arabian Gulf in Dammam on January 15. This means crossing first the north-western mountain regions before heading to the deep southeast for a three-day journey through an ocean of dunes in the famous Empty Quarter.”