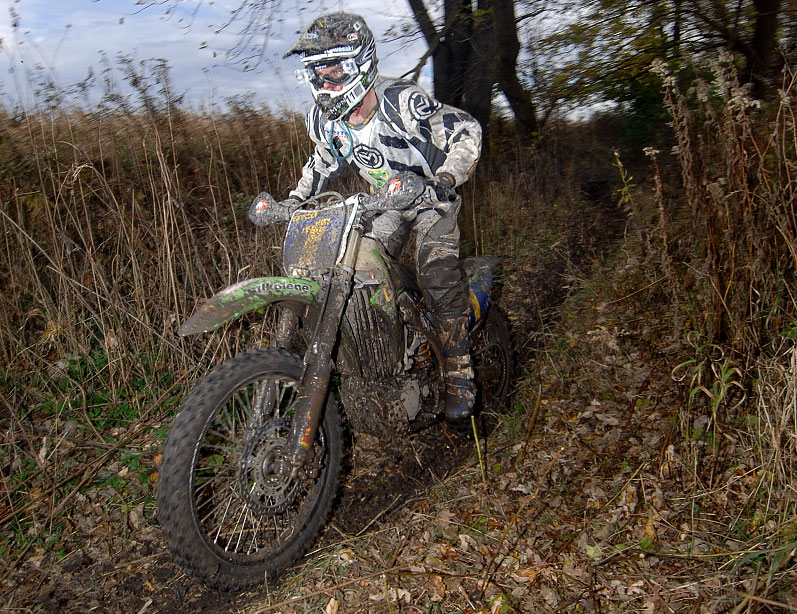 The third time’s the charm: Paul Whibley finally won the Moose Run after two unsuccessful tries in the past and in doing so achieved his dream season with a perfect 10 for 10 in the OMAs for his second consecutive title as well as adding the GNCC crown for the first time.

The third time, as they say, is the charm, and it certainly seemed to be true at the Moose Run, presented by Moose Racing, in Fenton, Illinois. Paul Whibley hadn’t won the race in two previous attempts.

This time, of course, he came into the 10th and final round of the 2009 Parts Unlimited Off-road Motorcycle and ATV Nationals riding a tidal wave of momentum, as he’d won all nine rounds leading up to it, making him the prohibitive favorite.

But the Moose Run has a way of throwing curves—as Whibley discovered all too well last year when he led until the final mile or two and his engine went south enough to allow teammate Jimmy Jarrett past, though Whibley still earned the championship for the first time, stopping Jarrett’s run at four in a row.

This time, however, fate proved kinder to the New Zealand native, the most dominating racer in American woods racing this year. He got a great start, lost the trail for a moment (with the rest of his fellow Pros following him astray, then stopping and following him as he found the correct path like they were on some Sunday trail ride), but once on the right trail, Whibley would not be denied.

“I didn’t think [I’d be so dominant this year],” he claimed. “There’s plenty of fast guys racing the series—Jimmy, Jason Thomas, Scotty Watkins [to name a few]—and there’s so many things that can go wrong at these races. There’s sticks and logs and all sorts of stuff out there. To win all 10 this season is pretty cool. So much can go wrong, but everything’s gone right.”

Though he didn’t get the best jump off the line after kicking a couple times, Jimmy Jarrett blasted through the first couple high-speed cornfield turns and would end up second for the day, third for the season.

Behind him, Jarrett recovered from a sluggish start and quickly latched onto Whibley’s fender, but he couldn’t stay with his JG Off-road/GEICO Powersports/Monster Energy Kawasaki teammate when he decided to make a break in the last half of the first 35-mile lap. For the second straight round, Jarrett would have to settle for runner-up, giving him third in final series points, unofficially.

Husaberg’s Nick Fahringer put in two solid laps to claim third for the day—his second podium finish this season—which vaulted him past privateer Adam Bonneur for fourth in points, unofficially. (Local favorite Bonneur ran as high as second in the early going, but he settled for seventh after his bike lost the motor.)

Nick Fahringer shook off his post-ISDE blahs and sped to third for the day and fourth for the season, his first in the OMA Nationals.

Scott Watkins borrowed a KX450F from teammate Jarrett instead of relying on his usual 250F and finished a strong fourth. He’d wrapped up second in points earlier in the season and, with Jarrett’s finish, gave the JG Off-road/GEICO Powersports/Monster Energy Kawasaki trio a 1-2-3 sweep in points, unofficially.

So how will Whibley celebrate his perfect season, which comes a week after clinching the GNCC title and is his second straight OMA championship? By heading home to New Zealand with his wife for a couple months to unwind—and plan for an encore performance.

Uni Filter Inc. Is proud to announce the release of the filter for the incredible new 2010 Yamaha YZ450F