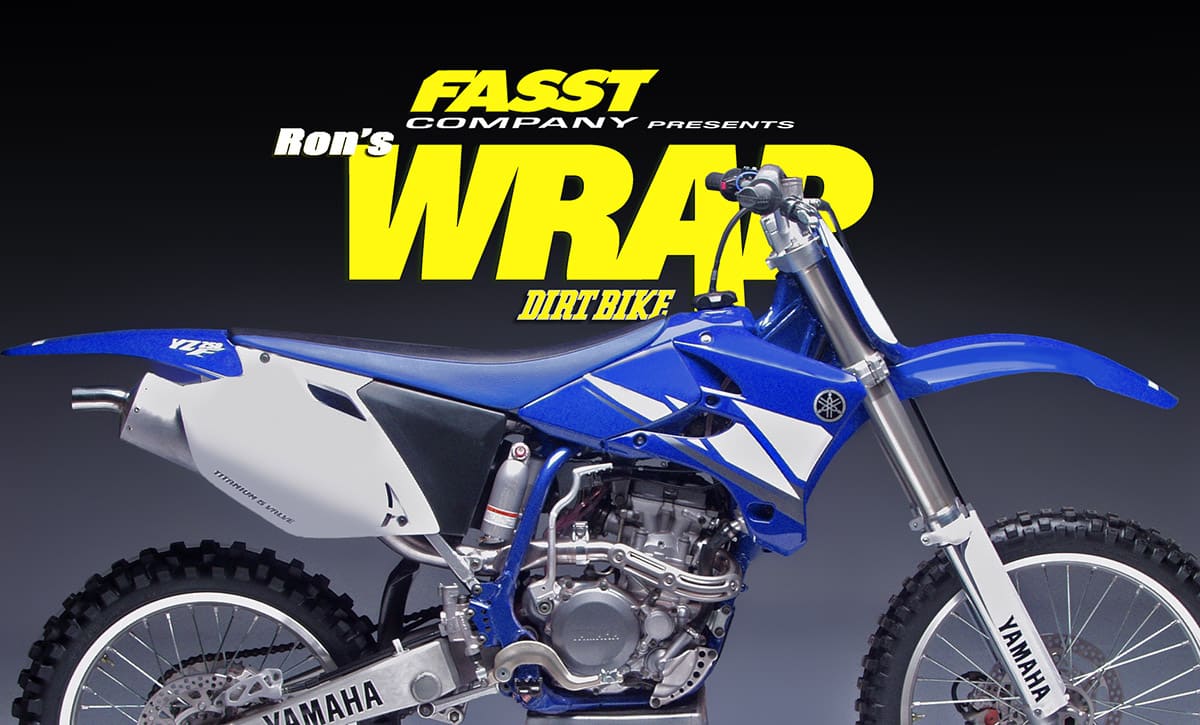 Long before the controversy surrounding Haiden Deegan and his Star Yamaha at the 2022 AMA Amateur Nationals, the YZ250F was the center of another debate.  There was a time when a number of riders and team managers wanted the bike banned altogether. Back in early 2001,  the YZ250F had not yet won in National Competition, but Roger DeCoster, among others, knew it would, and he knew it would change motocross forever. In the March, 2001 issue of Dirt Bike he made it clear that he was no fan of the rules that allowed a 250cc four-stroke to race in the 125 class. Here’s what he had to say. 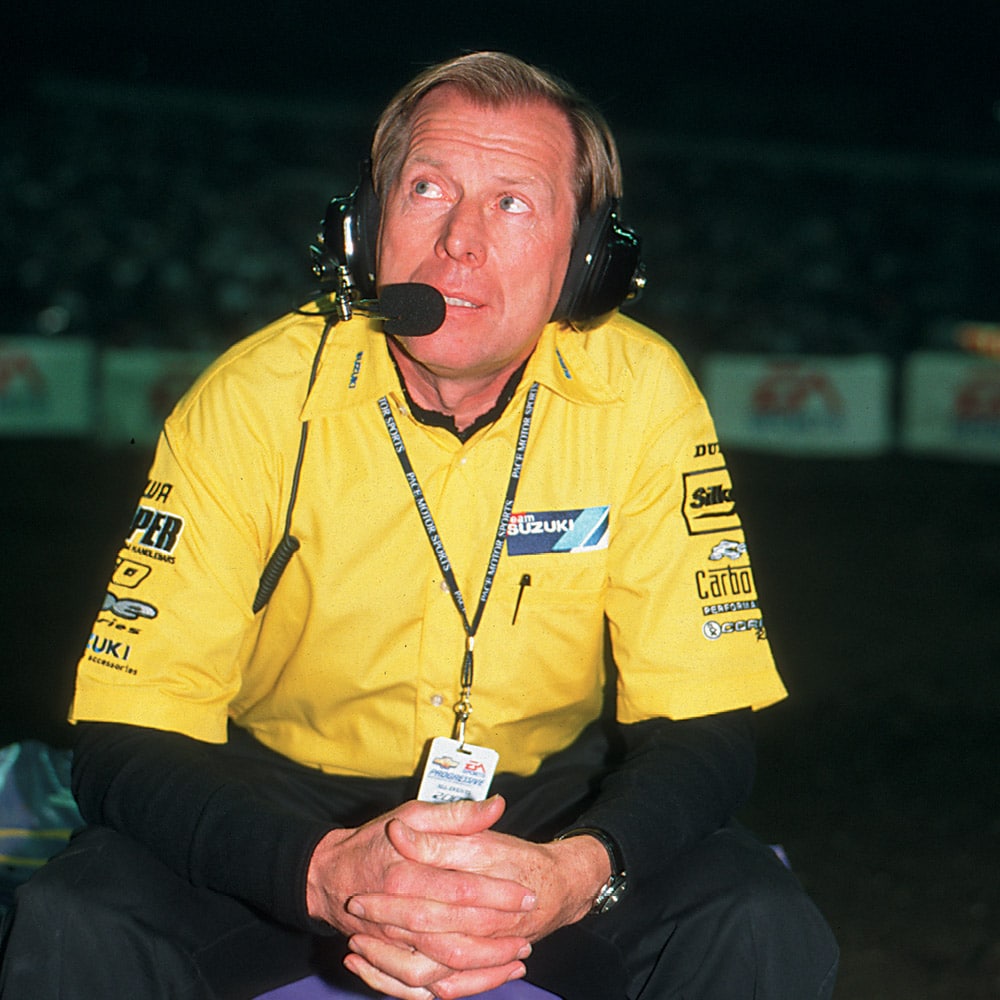 In any form of racing, it’s hard for a team manager to publicly discuss rules. After all, we have a vested interest. You don’t expect a Democratic judge to rule for a Republican president and you don’t expect a race team manager to favor a rule change that gives his team a disadvantage. But even so, I think any objective person would agree it’s time to rethink the AMA rules that allow four-strokes and two-stroke engines of different sizes in the same class. When Yamaha came out with the 426, it was awkward. But, after Doug Henry retired, it became a moot point on the national level. The bike was no great advantage because few riders would take advantage of the extra power. Yamaha’s race team had a difficult time finding riders who wanted to race it. Now that Yamaha is taking advantage of the rule that allows a 250cc four-stroke to race against 125cc two strokes, it’s become a hot issue again. If four-strokes really do need bigger engines to compete with two-strokes, shouldn’t there be a formula to arrive at the proper number? That’s what automobile sanctioning bodies came up with when the Wankel rotary engine started to prove more powerful than conventional engines of equal displacement. Right now there is no formula in MX, just numbers seemingly pulled out of a hat.

In the case of the four-stroke versus the two-stroke, the FIM did nothing for years; two-strokes and four-strokes of the same capacity were lumped together. It was only on the U.S. side that the AMA allowed four-strokes more capacity. This was probably a remnant of the ‘60s and the era of British bikes. Remember, though, that at one time the situation was reversed. Four-strokes were dominant. It wasn until Paul Fredrichs won the 500cc world Championship in 1966 that anyone took two strokes seriously. Until then, people thought “Yeah, two-strokes can win in small-bore classes, but not in the main class,” Soon two-strokes dominated so easily that even the FIM had a rule allowing four-strokes more displacement.
Through the ‘70s and ‘80s, motorcycle manufacturers ignored four-stroke motocross bikes even though four-stroke technology was advancing. F1 auto racing pushed the envelope farther and farther, and some of that technology found its way into superbike racing.

It wasn’t until the Japanese manufacturers got out of the 500 GP class in motocross that some Europeans gave four-strokes another look. At first, it wasn’t even a factory, just some former Husqvarna employees who started building Husabergs in a barn. Then others followed, but no one really took advantage of the rules until Yamaha entered the picture with the YZ400F.
The situation is not unlike what happened at Indianapolis a few years ago. At Indy, they raced under a combination of CART and USAC rules. They also had an old provision where side valve engines were allowed bigger capacity and more turbo boost than the newer engines. Roger Penski noticed and convinced Mercedes and Illmore to build such an engine. They cruised to an easy win. It only took one race for Indy to change the rules and throw that provision away.
One of the biggest gripes I have with today’s rule is that the allowance is completely arbitrary and free of any logic. The AMA has just reduced the limit in the 250 class from 550cc to 450cc (for 2002), but still that’s an 80 percent advantage. In the 125 class, the 250cc four-stroke is a 100 percent difference. In the 80 class (where a 125 four-stroke is legal), it works out to a 47 percent advantage. There’s no rhyme or reason.
If a consistent percentage were used in every class, at least there would be some logic involved. But even that would ignore the fact that small engines are more efficient than large ones. Doubling the size of a 125 engine results in a much greater real-world advantage than doubling the size of a 250 engine–no one could effectively use that much power anyway.

Another issue is weight. In the 125 class, the minimum weight is 194 pounds for both four-strokes and two-strokes. So if Yamaha is successful in reducing the weight of the YZ250F to that level (difficult, but possible in theory), then the bike will have a bigger advantage in power to weight. If the bike is allowed the displacement of a 250-class bike, shouldn’t it also be held to the weight of a 250cc bike?
Clearly, the rules need to be thought out and have consistent logic applied. This year it will be interesting to see if the YZ250F really is a big advantage. If so, then we shouldn’t be afraid to address the issue. Yamaha will still scream that they developed the bike specifically to take advantage of the rules, but I‘m sure that the YZ250F’s first-year sales figures will more than justify the bike’s development. Likewise, I’m sure that Honda doesn’t want to see the 450cc limit lowered in the premier class now that they have a four-stroke in the works. But, by the same token, I’m sure that Roger Penske didn’t want to see his advantage in Indy racing go away. The alternative is that we will eventually see the 125 two-stroke go away. Government regulations might do that in the future, but let’s not hurry the process along. In the long history of racing, rules have come and gone in order to deal with changing technology and changing times. Let’s not get stuck in the past now.