WHATEVER HAPPENED TO IVAN RAMIREZ? 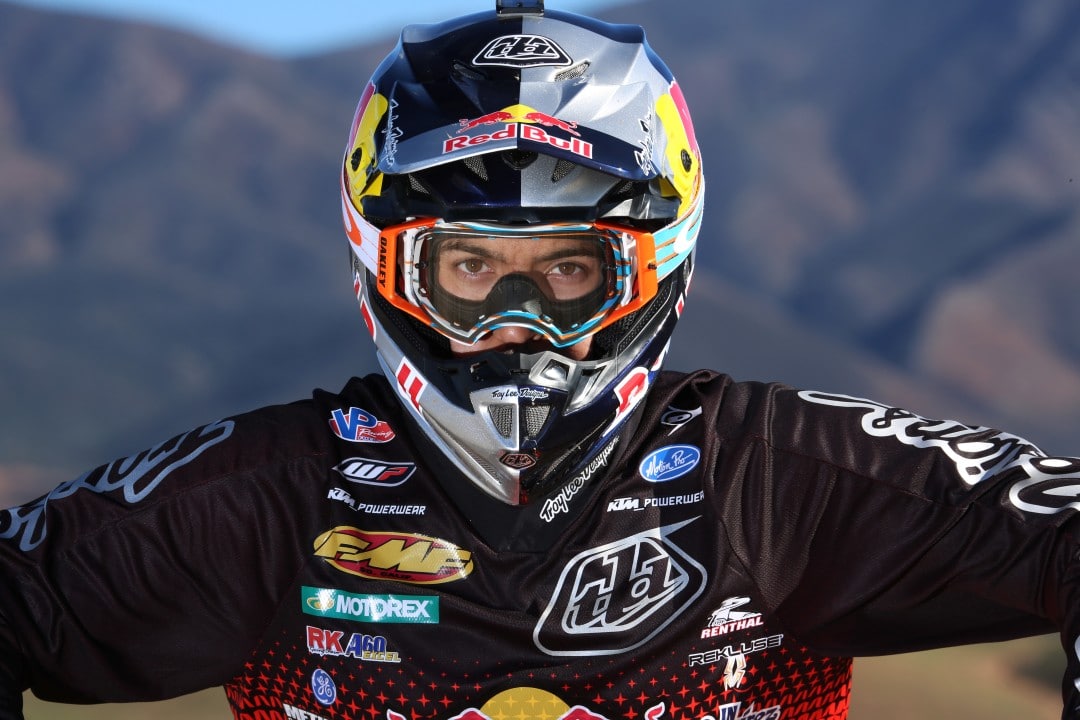 Ivan Ramirez is one of the good guys in the racing world and perhaps Mexico’s fastest and most prominent racer to compete full time in America. Ramirez was considered one of Kurt Caselli’s proteges and he trained and lived with Caselli in his home town of Palmdale, California while getting ready for the Baja series. He won the 2015 National Hare and Hound Championship aboard his Factory KTM 450 and had all the momentum in the world heading into the 2016 season. Early in 2016 Ivan was able to race the Sonora Rally in Mexico and won an entry for The Dakar Rally that is held at the beginning of 2017. Several months later he had a crash while practicing and broke his scaphoid, which sidelined him and ended his title defense. After recovering from the injury, he went back to racing, but things didn’t feel right.  Ivan was lacking energy and not producing his usual results. He raced the ISDE later in the year but started noticing strange symptoms half way through the event. Ivan forged on, finishing the 6-day race but lacking the vigor and intensity he usually exudes. He flew back from Spain and raced the final Hare and Hound and that’s when he really noticed something was dramatically wrong.  The pressure for a factory racer is intense, and he was forcing himself to continue his racing schedule. He was racing for the Factory KTM team and was one of the elite racers in the National Hare and Hound series, but the reality was brutal. The body behind the machine was struggling badly. He ended up in the ER 3 times getting tests done, but they all looked normal. Finally, he was diagnosed with Lyme disease in April of 2017.

We caught up with Ivan looking at getting the 411 on the state of his health and how the future looks.

Dirt Bike- What were the symptoms that made you know that something was wrong?

Ivan- My main symptoms were weakness, fatigue, dizziness, being light headed and weird vision. I had palpitations with chess pain, severe headaches and diarrhea along with many more symptoms.

DB- How did the doctors discover it was Lyme Disease?

Ivan- I ended up in the ER two times and they did extensive tests for the next 6 months with no diagnosis. My health was still declining and luckily, I was sent to the East coast to train with Charlie Mullins. After seeing my data he sent me to a clinic where they test for weird bacteria’s and viruses. At this clinic they were able to finally diagnose me with Lyme disease and Co-infections.”

Dirt Bike-What exactly is Lyme Disease and where do you think you got it?

Ivan- Lyme disease is bacteria called Borrelia Burgdorferi, it is transmitted by tick bites and can damage any organ in the body. It’s hard to know where I got it from, but I got really ill when I got back from the Moroccan Rally and ISDE in Spain.”

Dirt Bike- How is your recovery going?

Ivan- My recovery has definitely been going slow, with lots of up and downs but it’s heading in the right direction. I’ve tried different treatments and each of them have helped me to get closer to my goal.

Dirt Bike- Tell us about your treatment and was getting back on the bike motivation to keep pushing?

Ivan- So far, I’ve done 3 different treatments; high dose antibiotics for 5 months, 10 weeks at a clinic of hyperthermia treatment (the most brutal thing I’ve ever done in my life!)  and now I’m at a clinic in a Washington trying herbal remedies and all kinds of other things. My motivation to beating Lyme is getting back on my bike and I want to show people suffering from Lyme Disease that there’s hope.

Dirt Bike did a video with Ivan in 2014 where we tested the Factory KTM 450-XC Baja machine.

Dirt Bike- Have you spent any time on the bike recently?

Ivan- I haven’t spent much time on the bike just because I still need to get my body stronger and be stable, but I’ll start riding for few minutes as part as my recovery in the next month or so.

Dirt Bike- KTM is still behind you when you come back to racing, how has that relationship been?

Ivan- KTM and Red Bull have been behind me through this entire process and I’m so thankful for them. 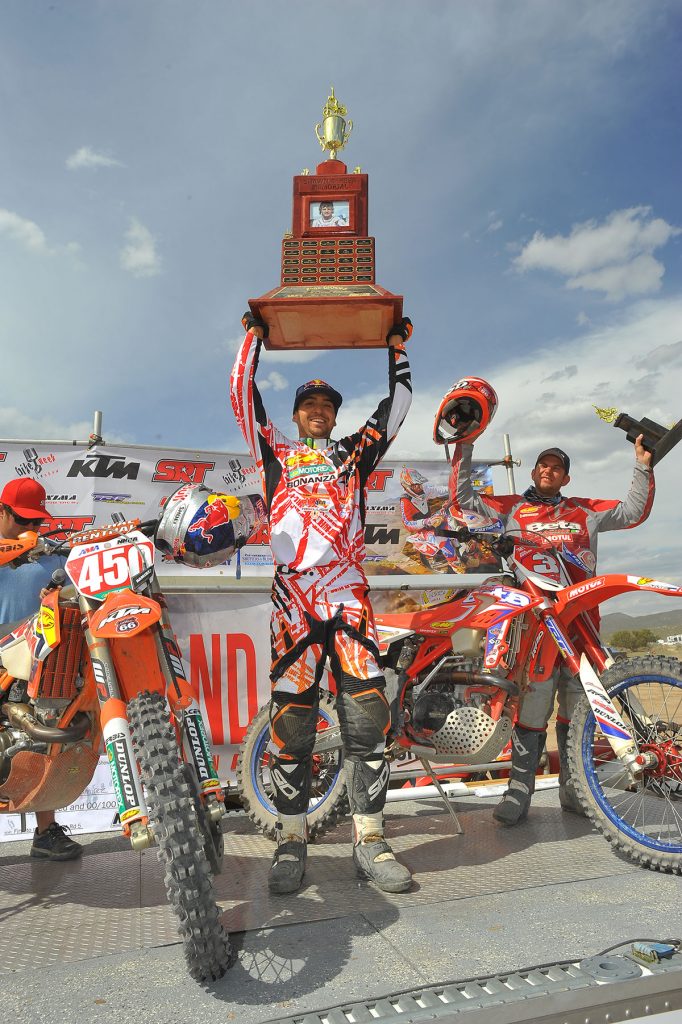 Dirt Bike- Winning the National Hare and Hound title in 2015 was a huge accomplishment, you must look back and smile at that feat not matter what happens?

Ivan- Winning the 2015 National Hare and Hound definitely still puts a smile on my face because that was a huge accomplishment for me and my sponsors and know how much work I did for that. At the same time, that has helped me a lot through my illness because I know nothing comes easy and you have to work for it.

Dirt Bike- What have you been up to since you were forced to hang up the boots for a while?

Ivan- At the beginning of the first year I was bed ridden most of the time and big days would be having lunch with my family, read books, watch dirt bikes on my laptop and fight through each day. Now things are a lot better and I can have more of normal life things. 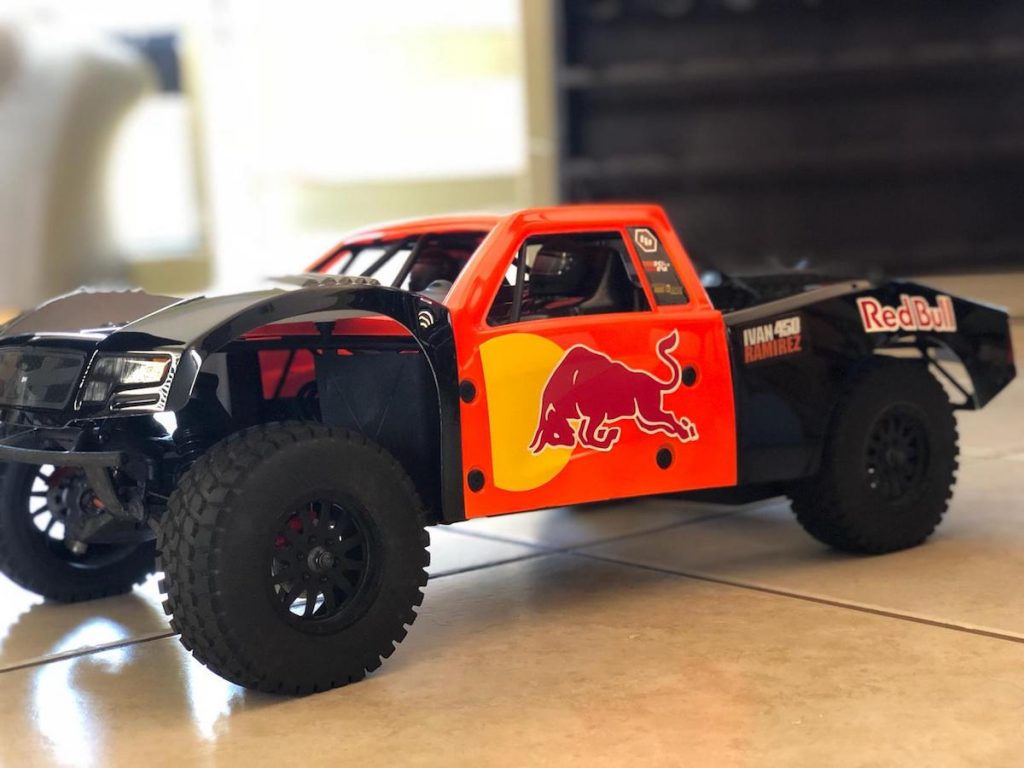 Dirt Bike- We hear that you have picked up some new hobbies lately, you are now racing RC cars?

Ivan- Yeah, I’ve been racing RC cars now for few months and it’s been pretty fun to get some type of racing in.

Dirt Bike- How does the future look for racing motorcycles?

Ivan- Once I get my health back, I’ll definitely be back on the bike full time!

Thank you, Ivan! Next time you’re in town let’s go ride and good luck with your recovery.