The 2022 model year has officially started. Husqvarna has shown its motocross bikes and cross country racers. Honda has shown its 450s. KTM and GasGas will soon follow with their own initial product releases. So far, there’s nothing especially new or surprising. It’s possible that none of the bikes shown so far was scheduled for a major change in 2022, but it’s more likely that we’re still feeling the side effects of Covid 19. With the production of 2021 models interrupted many manufacturers went straight to 2022 models. The product shortage at the dealer level was severe and that was the most immediate remedy. On top of that, the manufacturers can’t get some of the parts needed to finish assembly. Eric de Seynes, President & CEO of Yamaha Motor Europe reports that motorcycles can’t be assembled because they might be awaiting a single component or even just a microchip for a component. The chain of suppliers only needs one weak, Covid-infected link.

Still, here’s what we know about 2022 so far. The Honda CRF450R and the various models in that family (the CRF450RX, CRF450RWE, CRF450L and CRF450X) have no hard-part changes. The CRF450R, CRF450RWE and CRF450RX will have software upgrades. However, the fact that the CRF250R and CRF250RX have not been announced probably means that Honda will be moving forward on the planned redesigns there. The 250 should be getting the same chassis upgrades as the 2021 CRF450R with the single-sided pipe and hydraulic clutch.

KTM, Husqvarna and GasGas will not have any major changes in their competition models. We already knew as much when the 2021½ Factory Edition was announced without major change. The newly announced Husky motocross and cross-country models confirmed that. We know that the 2023 KTM-based motorcycles will have a new chassis. It will still be steel, but much more rigid. The 250s and 350s will get new motors. As for the long-awaited Bluetooth connectivity, that’s said to be an option for the standard models and standard for the Factory Edition. That’s what they said last year, but the upgrade never came. We will have to wait and see. There are more electric products coming from Austria, but the microchip shortage might affect them, as well.

Kawasaki’s Next Big Thing will be the 2022 KLR650. It’s a fuel-injected, restyled version of the old KLR with a price that isn’t much higher ($6699). We don’t expect any significant changes to the KX250 and KX450 or their off-road counterparts, but there are persistent rumors that a KX450L dual-sport bike is in the future. There’s a fair chance that this, too, will be a casualty of Covid and pushed back to 2023. 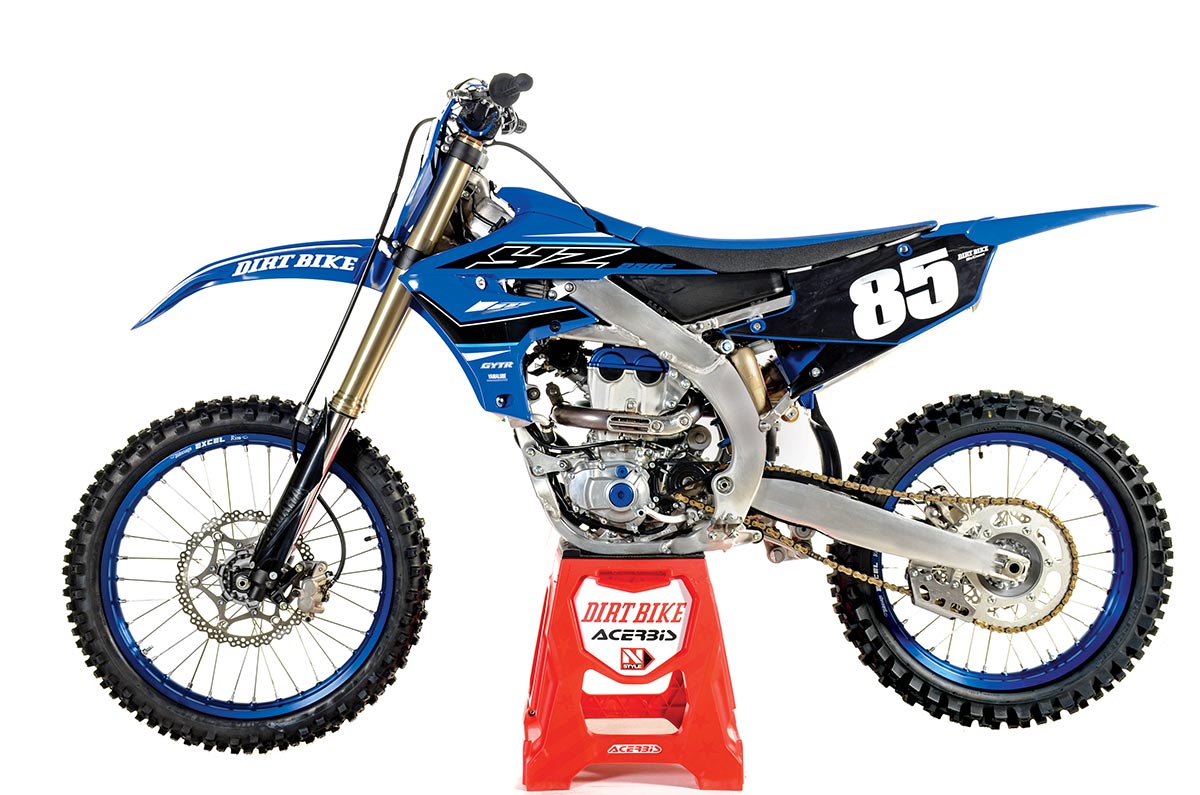 Yamaha has been out testing and there’s a good chance that we will see some updates to the YZ250F and YZ450F. They are likely to have a serious dual-sport bike in the back room, but we know that Yamaha’s legal department has a very big internal influence and might not give the go-ahead for this. We might see a new two-stroke motor out of Yamaha first.

As for Beta and Sherco, they have suffered the same product delivery shortfalls in 2021 as everyone else and are anxious to fill dealer demand. They also have a much shorter pre-production schedule than the bikes from Japan and Austria, so they might well have significant new products to show us in the next few weeks.

The Mecum Auction is underway right now in Las Vegas, and the nationwide shortage of new bikes has affected prices there in a big way.  Today’s sales include a Twin-Cab Puch that went for $37,000, a ’73 CZ that was still in the crate ($12,000) and Herbert Schmidt’s 1967 CZ Twin Pipe that sold for $11,000. But not all of the prices were high. Some were pretty reasonable, like the fully-decked out KLR650 below. 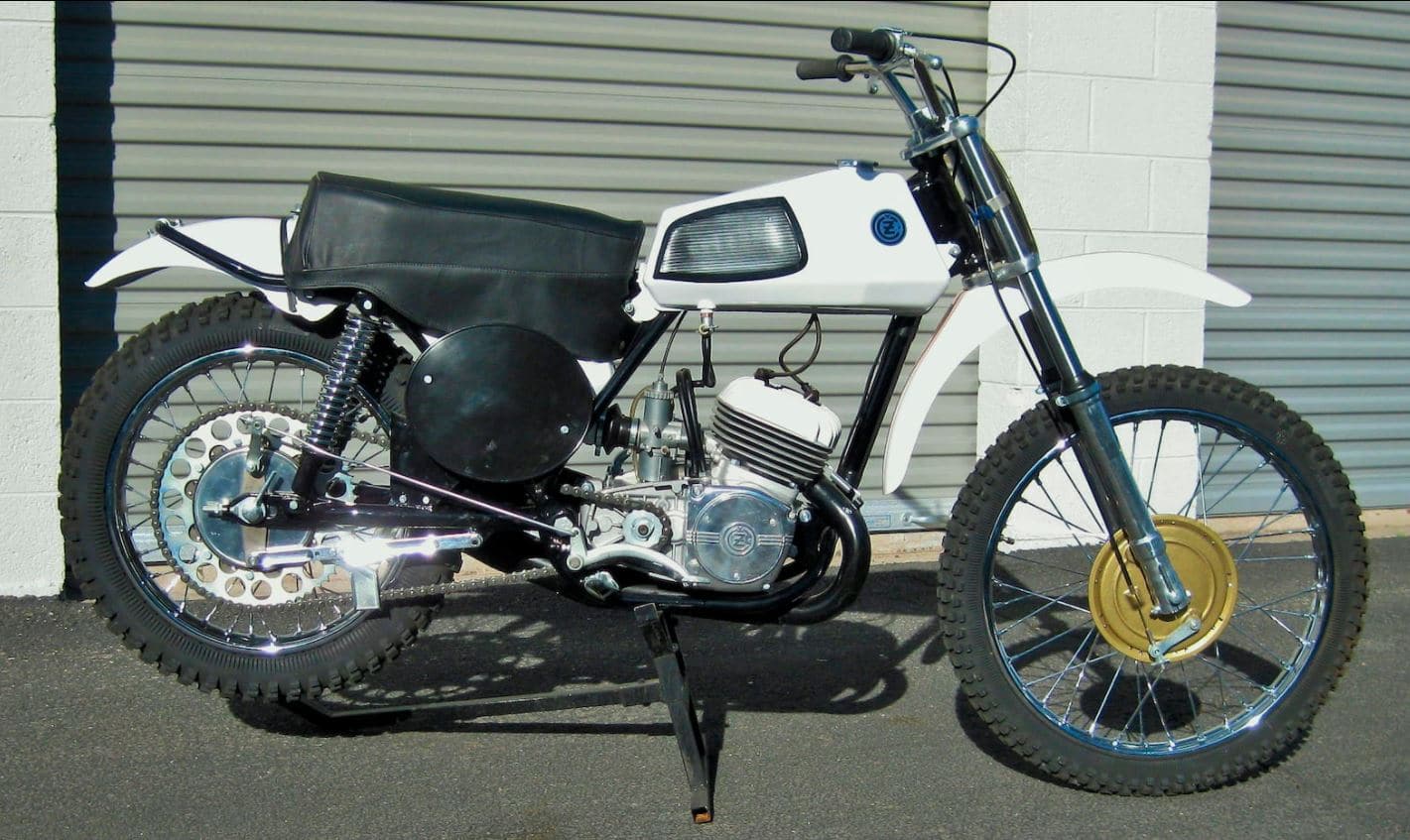 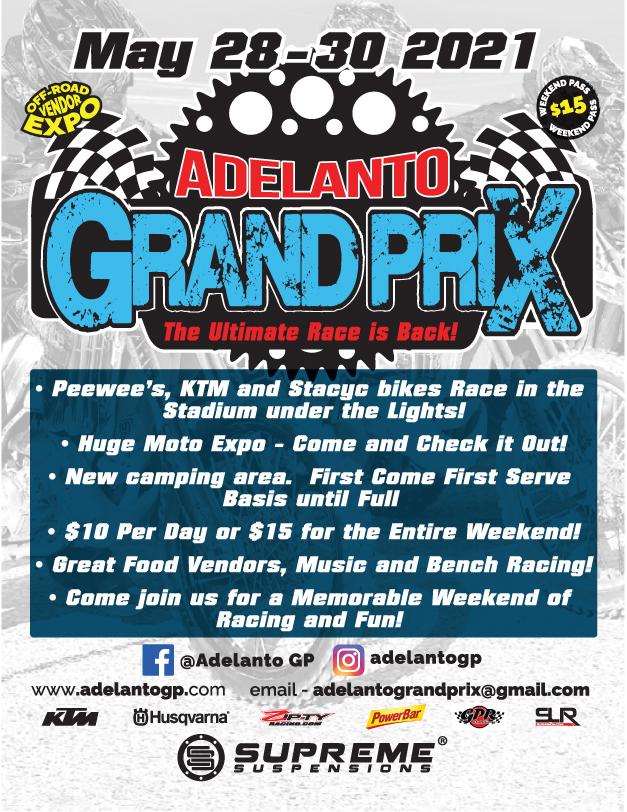 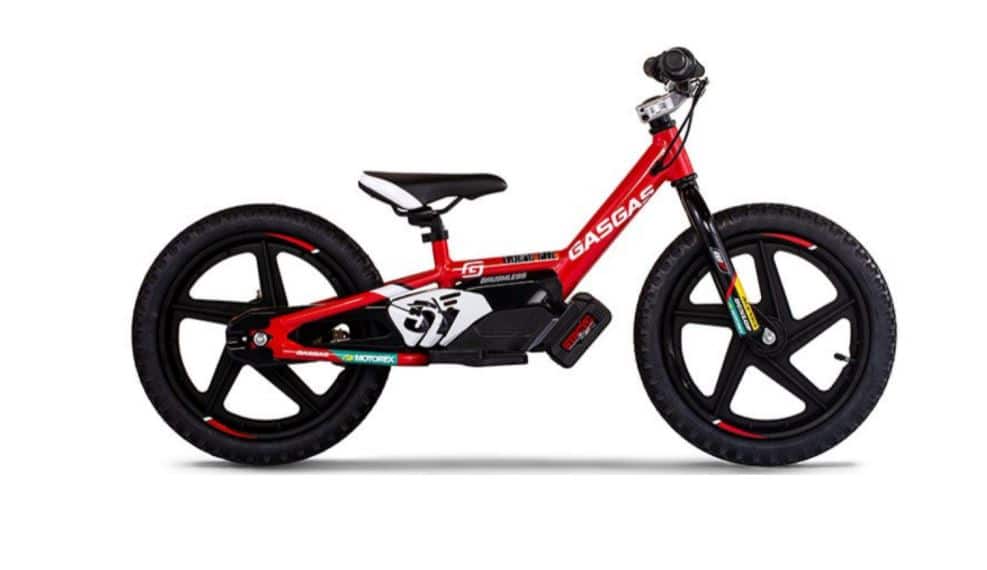 GasGas is all aboard the movement to get kids riding earlier, and now offers electric balance bikes in two wheel-sizes: 12″ and 16″. They also come in factory colors  with a selection of number plate decals with each bike. Fans of  Justin Barcia can proudly display the #51 on their bike, while those who prefer a more extreme approach can run hard enduro star Taddy Blazusiak’s iconic #111. They’vealso included a #1, for all those aspiring future champions. Check out the GasGas balance bikes here.

ARE YOU A BICYCLE GUY? 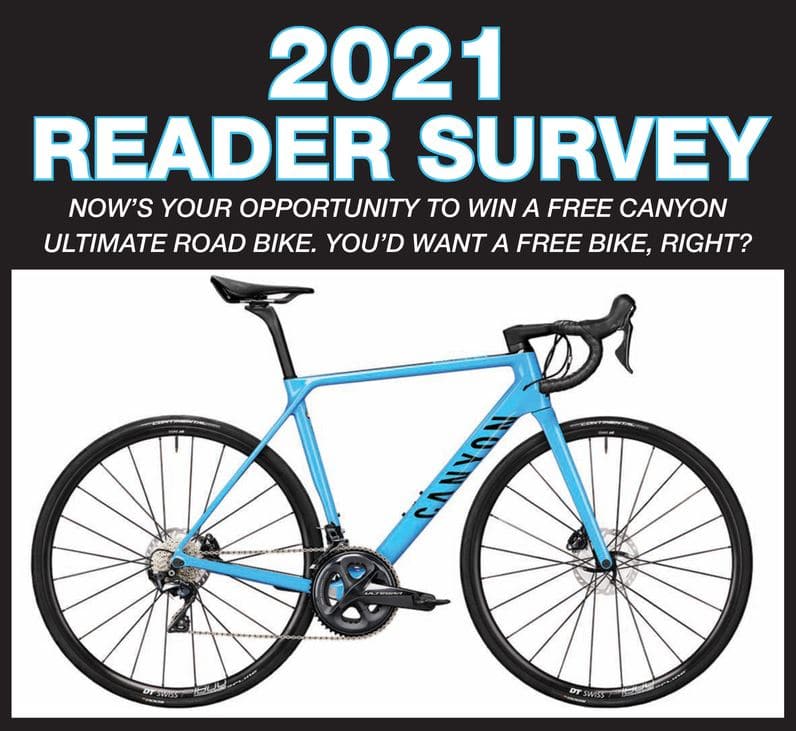 Even if you aren’t currently, would you turn down a free Canyon road bike? Our pals at Road Bike Action are giving one away, just to learn who you are and what you think. Take the Road Bike Action Reader Survey and you will automatically be entered to win this bike. 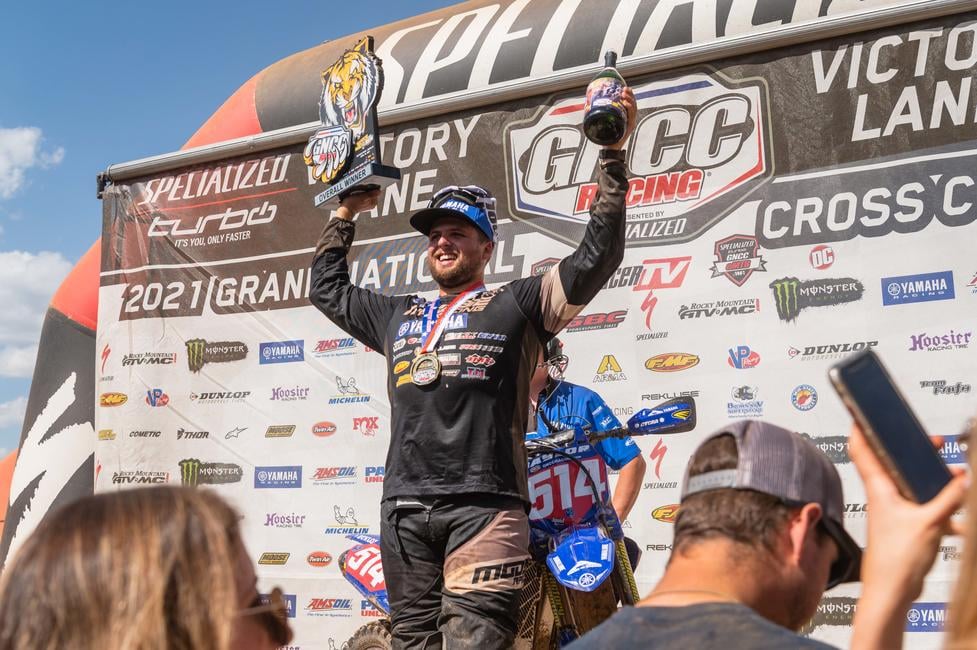 The largest off-road race in the U.S. has been the Ironman GNCC for several years running. This weekend, it might just set an all-time attendance record. AmPro Yamaha’s Steward Baylor Jr. has won the last three GNCC races, but he’s only third in the points standings after a rough start to the season. Continuing to lead the overall points standings is FMF/KTM Factory Racing’s Benjamin Kelley. After earning the win at round two, Kelley has been a consistent force throughout the season, but he needs to beat Baylor this weekend. 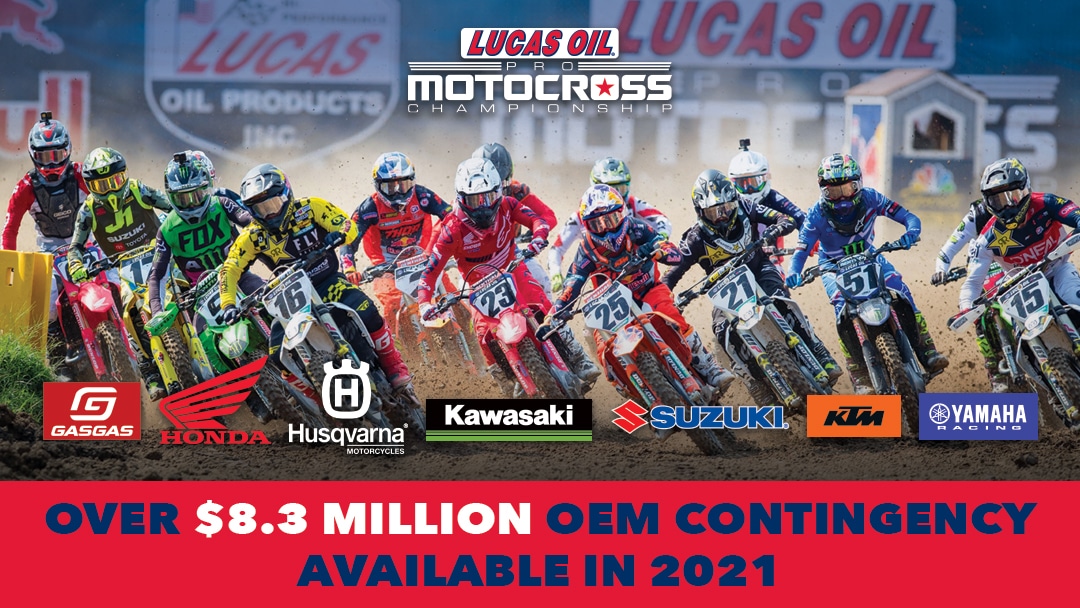 After tomorrow’s Supercross in Salt Lake City, it will officially be outdoor time.  MX Sports Pro Racing has announced a record sum of manufacturer contingency support for the upcoming season. With the addition of American motocross’ seventh competing manufacturer, GASGAS, more than $8.3 million will be up for grabs for competitors over the course of the 12-round season.