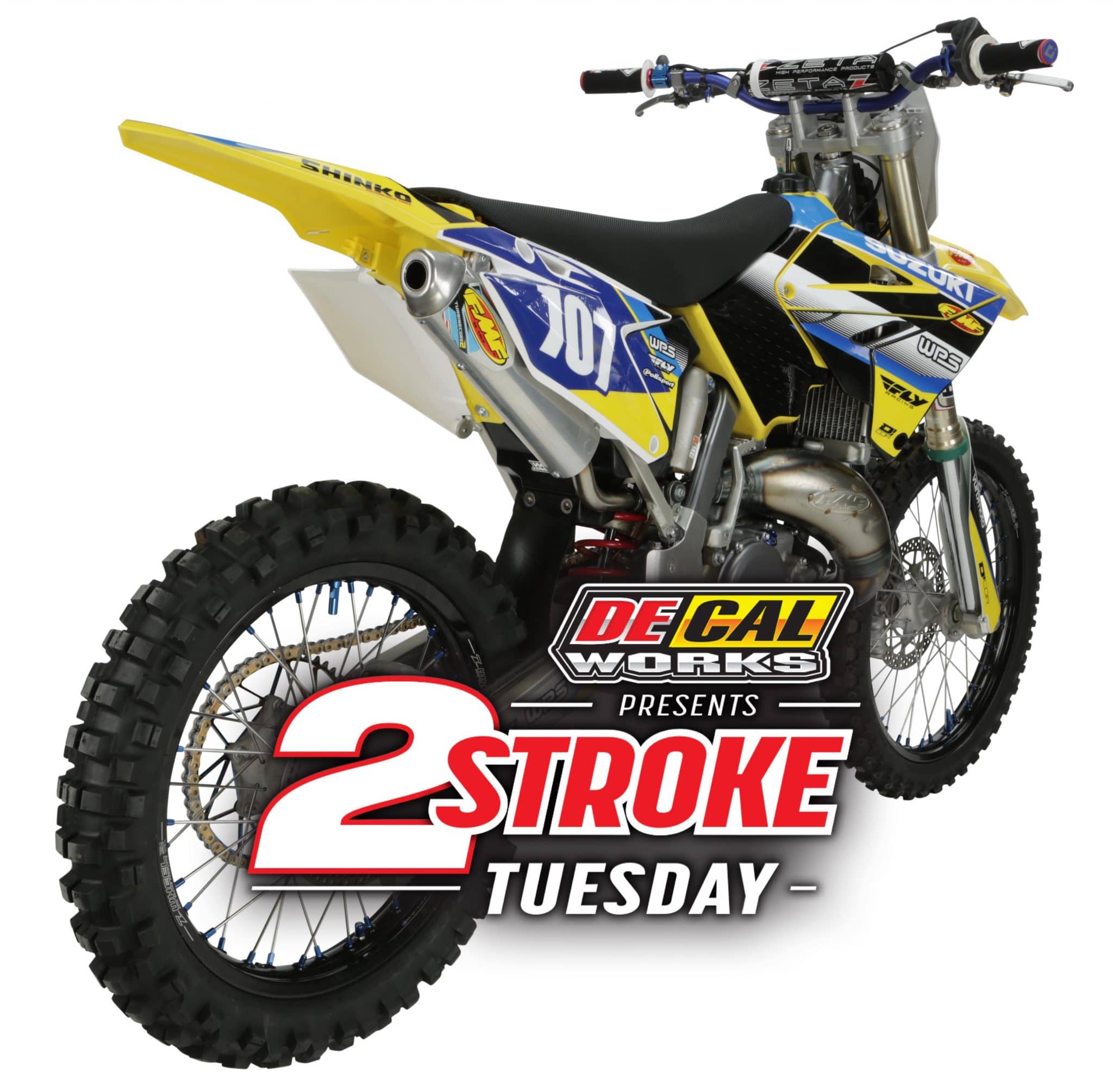 On this week’s Two-Stroke Tuesday we take a look at a 2003 Suzuki RM125 rebuild by Rod and the crew at Western Powersports. The before and after pictures might surprise you. 2-Stroke Behind The Build features an insane RM250 Off-Road build we did a few months ago and 2-Stroke History is all about Suzuki’s RM25 starting way back in 1965. Don’t miss it! 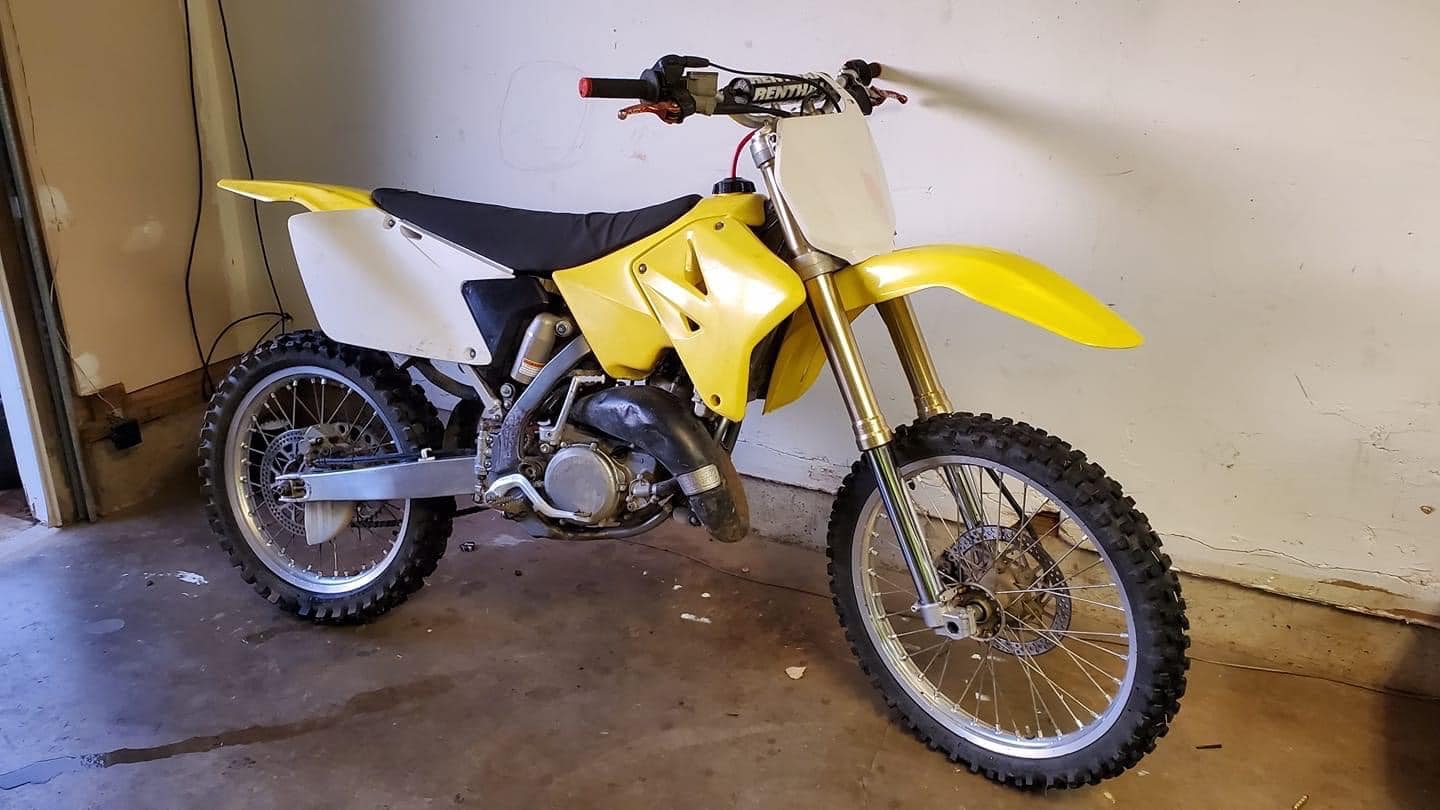 This Suzuki project wasn’t in horrible shape from the start but it definitely needed some TLC. Although we have seen worse every project has its surprises. 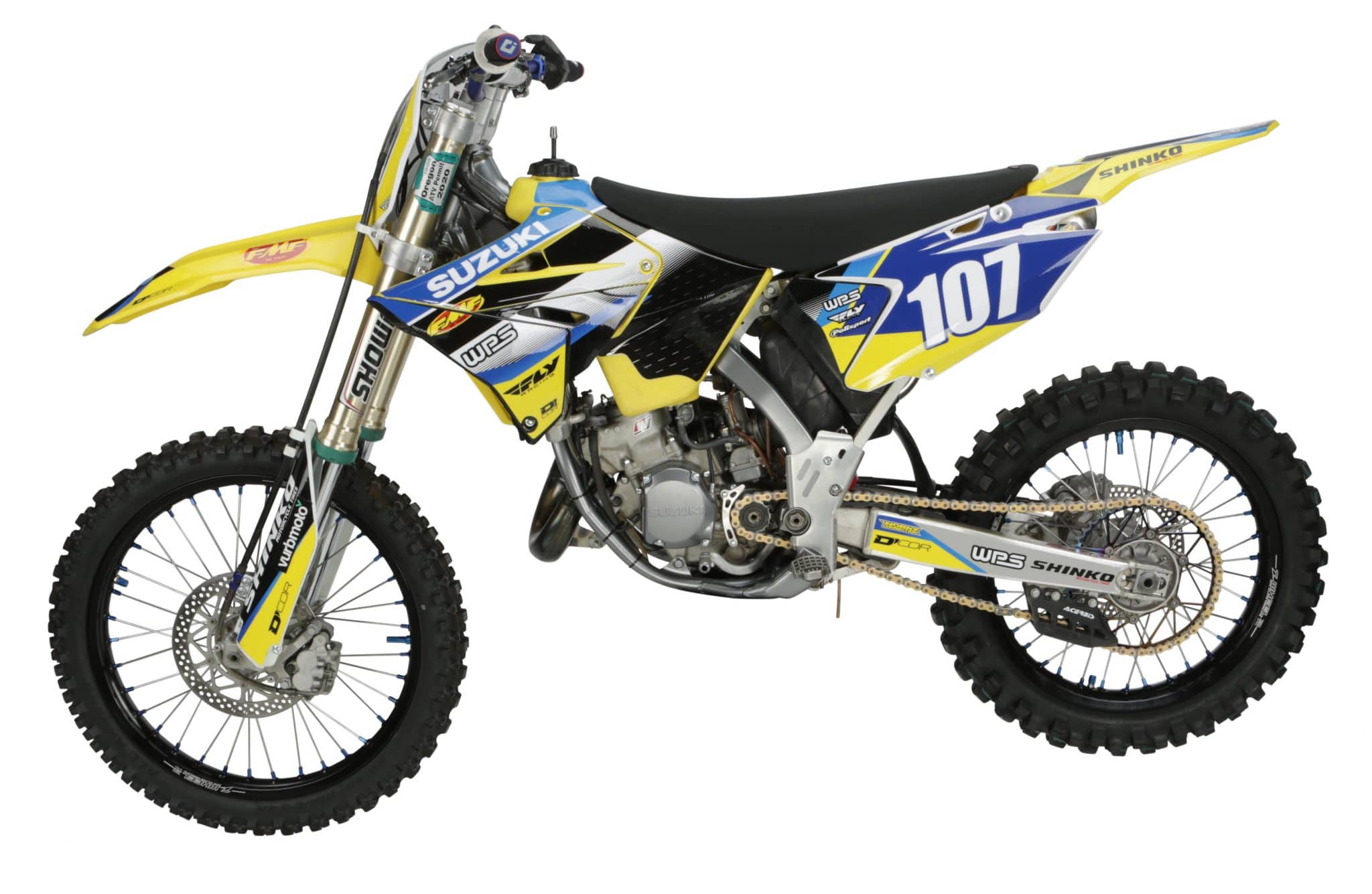 Western Powersports is a distributor of a wide variety of aftermarket products and they teamed up with a lot of those companies to make this rebuild a reality. Polisport, Shinko Tires, FMF, Decor Visual and Dirt Tricks are just a few of the industry leading companies used. 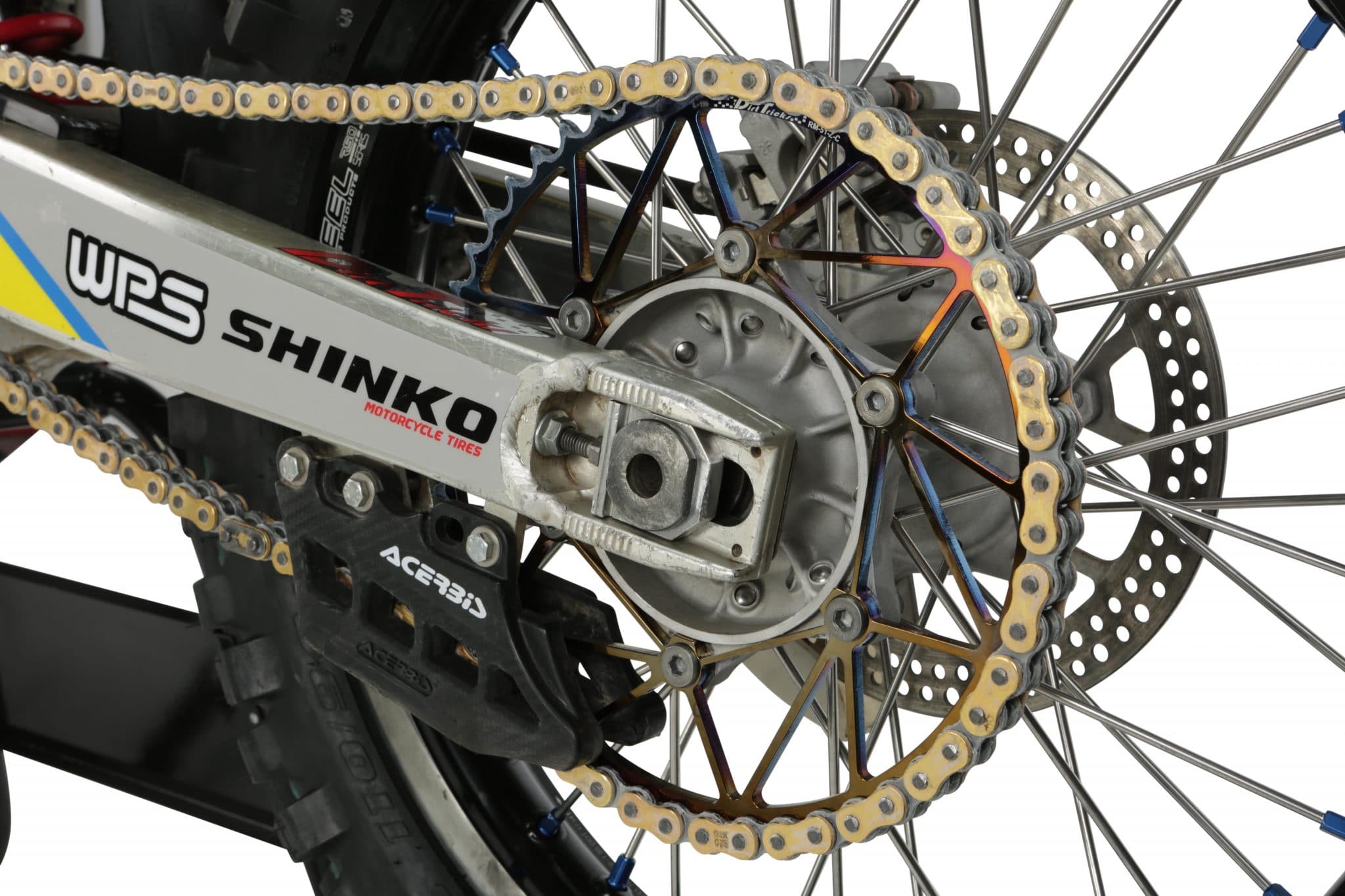 The Dirt Trick rear sprockets are some of the coolest looking sprockets on the market! 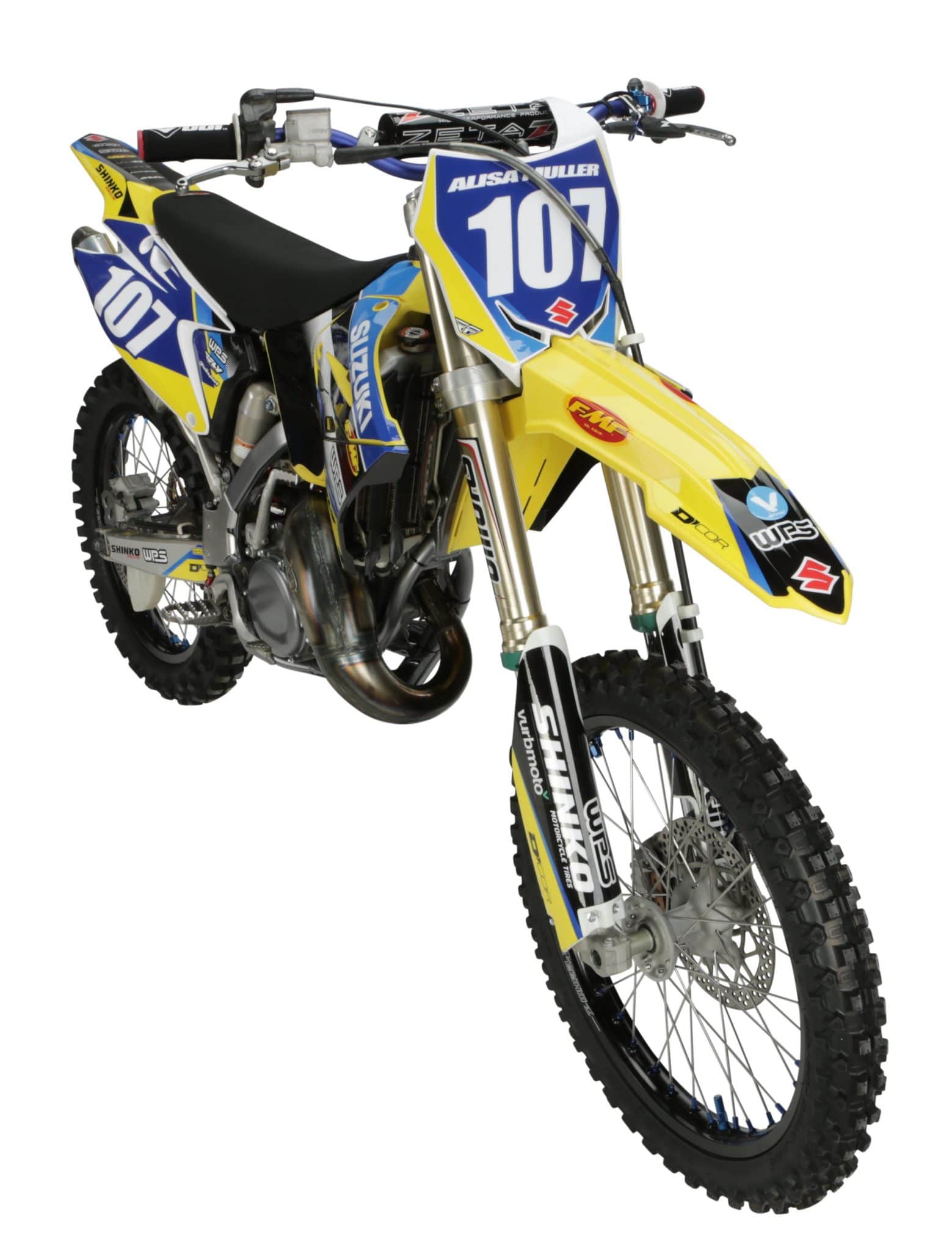 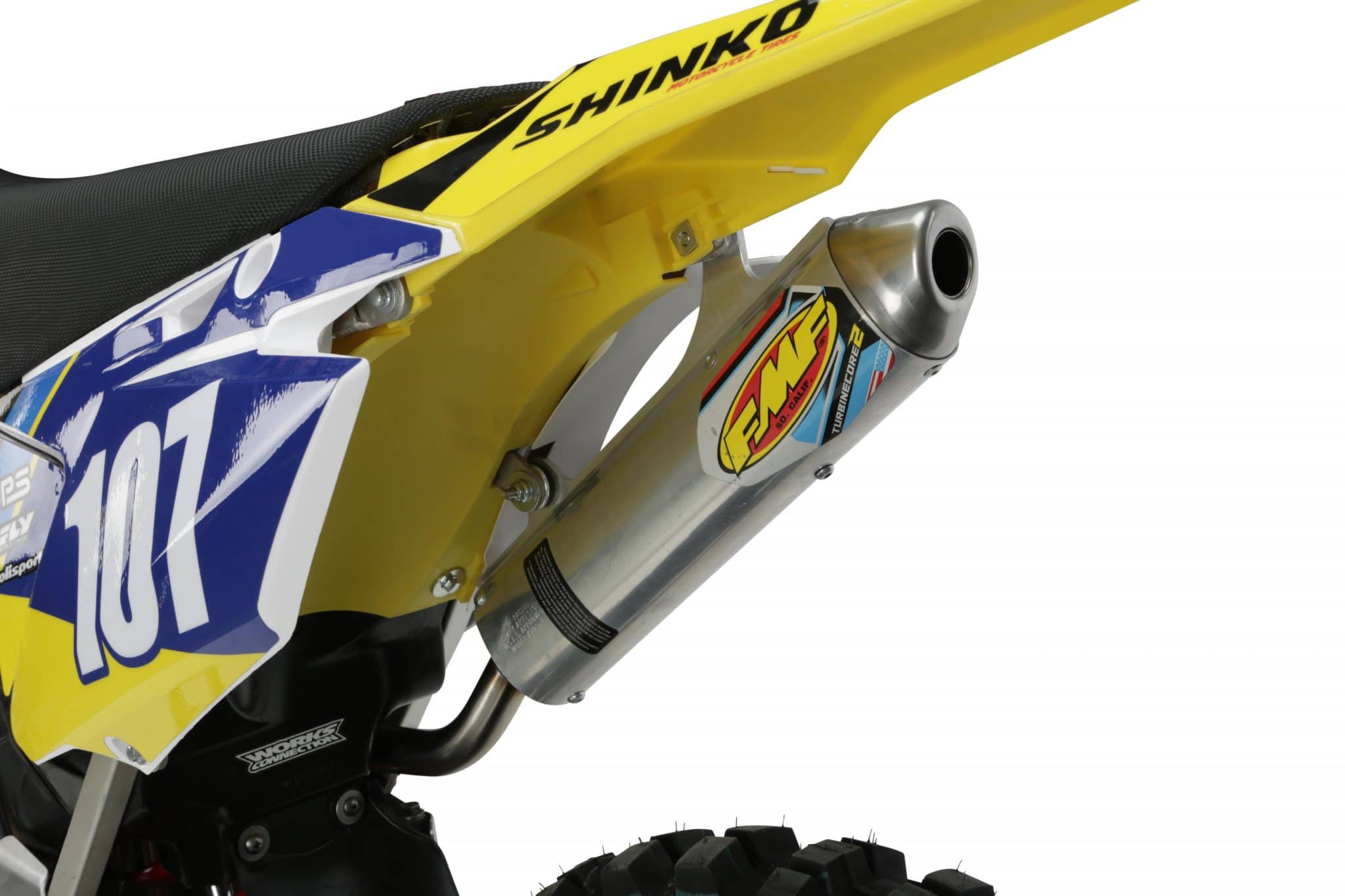 The FMF Turbine Core 2 silencer has an internal spark arrestor system that is USFS approved and provides some performance gains as well. 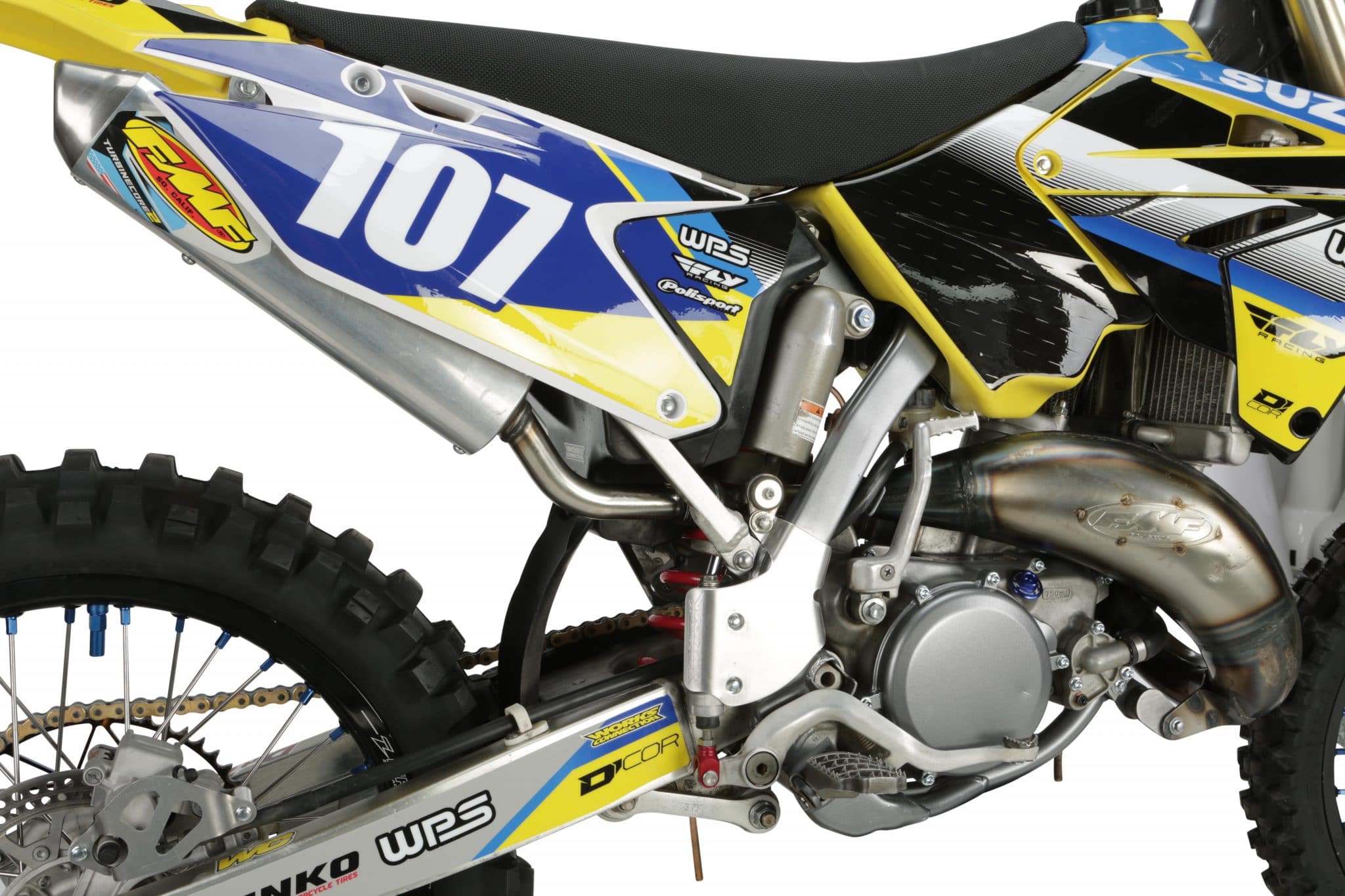 The engine was completely rebuilt using products from Wiseco. They offer complete engine rebuild kits called Garage Buddies or parts can be individually purchased as needed. 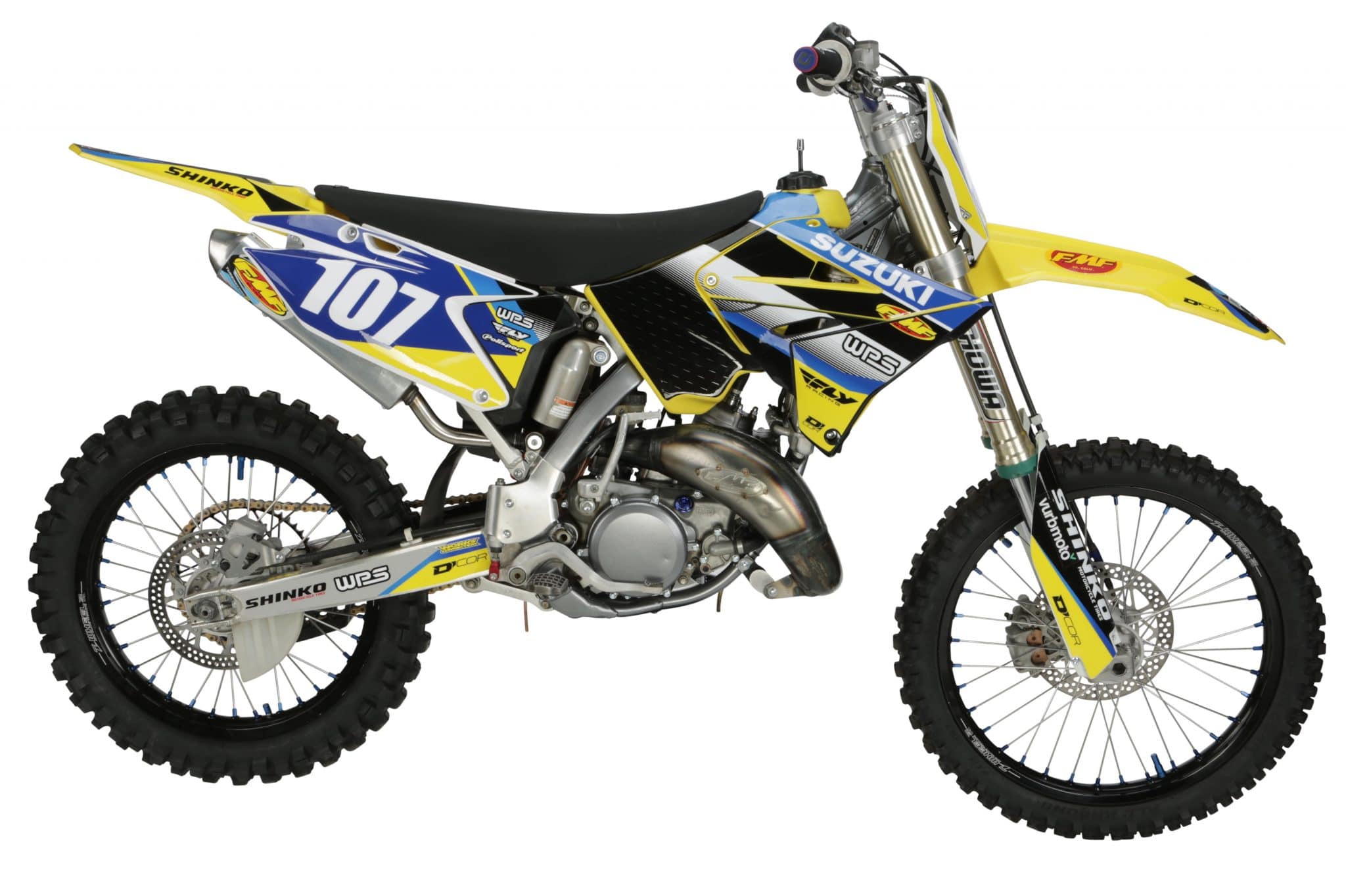 The best part about these two-stroke projects for us here at the magazine is seeing everyones ideas take shape. We have to applaud the companies that are making new products for these older machines. It’s amazing that there are more aftermarket products available for these machine now than when they were being produced.

The late ’90s to mid-2000s Suzuki RM250 two-strokes might just be the best used motorcycles out there. They feature a strong engine and a great handling package that makes the bikes fun to ride. This is probably why we don’t come across many for sale; the people who have them want to keep them. Thankfully, we met Ross Summers, a farmer from Tremonton, Utah, who had been able to purchase a 2004 Suzuki RM250 and was interested in doing a rebuild. CLICK THE IMAGE BELOW FOR MORE!

The story of the Suzuki RM250 isn’t just about a single motorcycle. It’s about a dynasty of bikes, championships and riders that goes back to a glorious era in the history of motocross. Forty-five years ago, motocross was an obscure European sport. In America, we loved flat track and hill climbing. Even in Europe, road racing was a far more popular sport. No one really saw any future in the cult sport of motocross. CLICK THE IMAGE BELOW FOR MORE!

ALEX MARTIN BACK ON YAMAHA