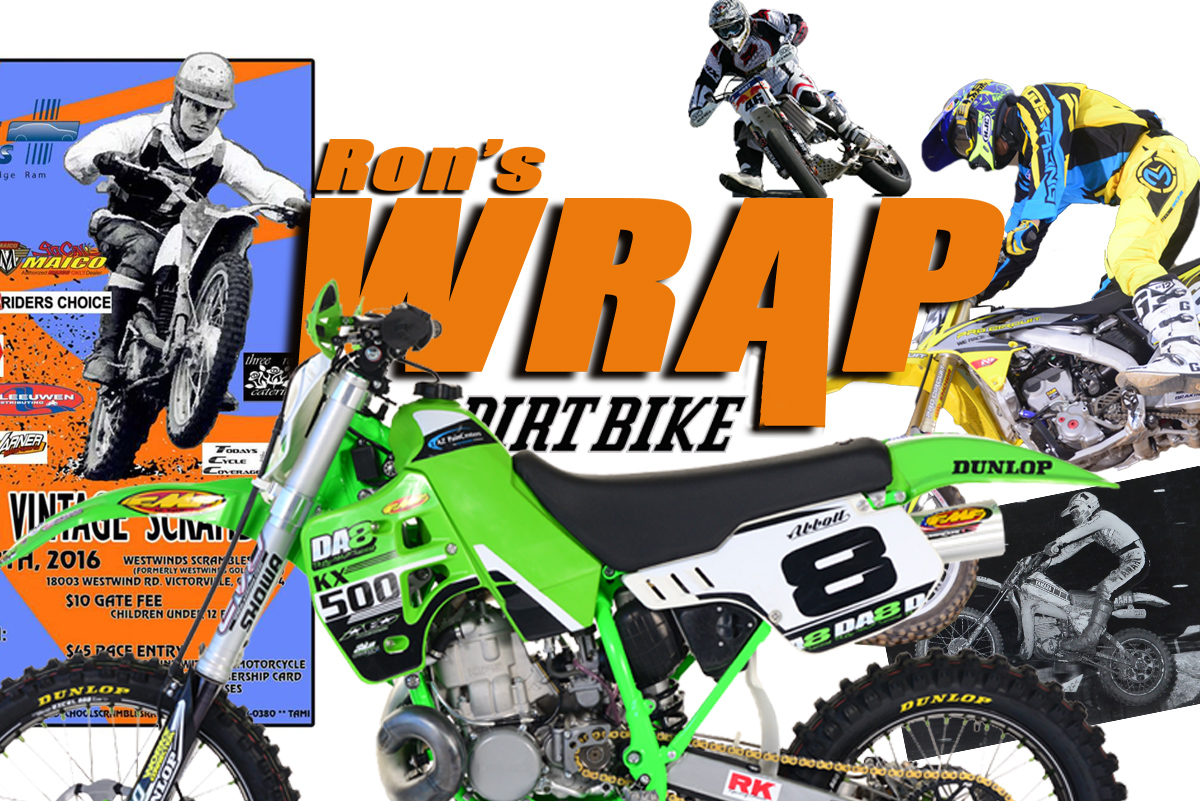 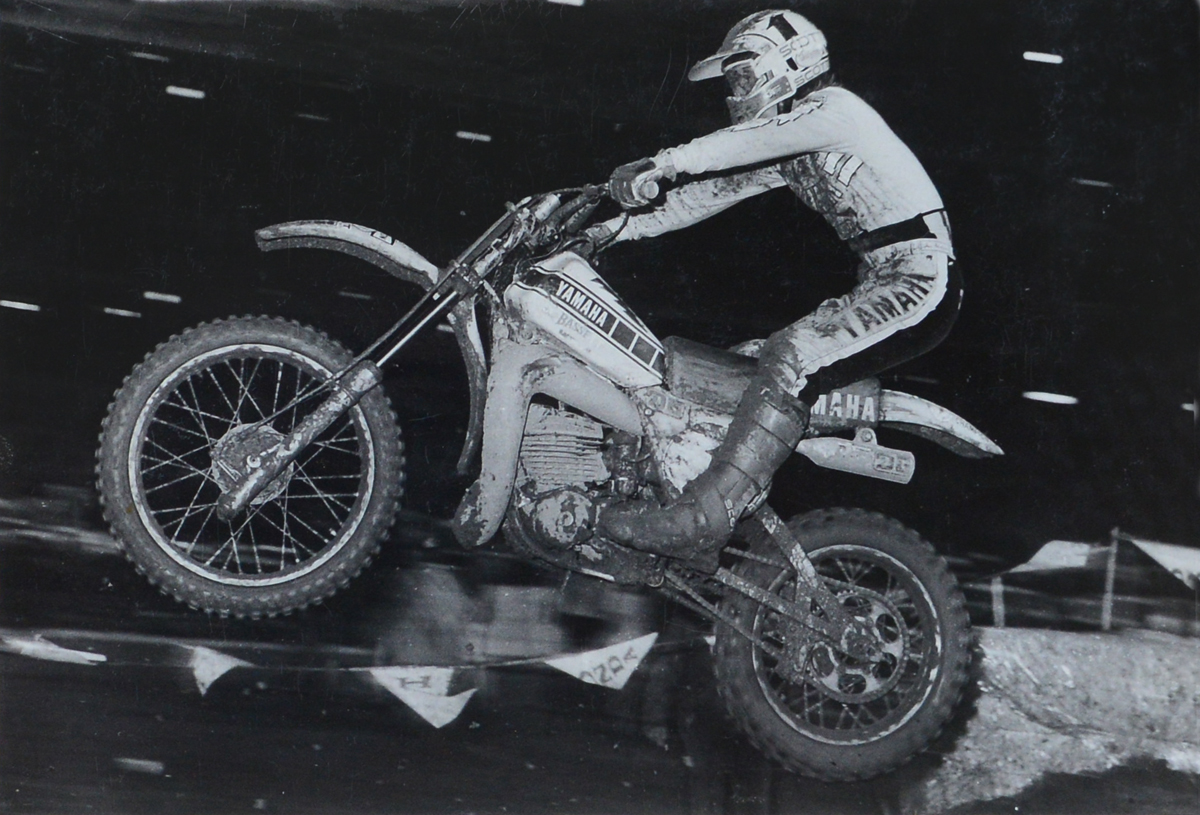 Here’s a little Hurricane action from 1978. I shot this classic Hannah pose at Anaheim Stadium (most likely.) The bike is the OW38 that Bob used to win 22 motos in a row, as well as the Supercross and outdoor titles. Today, this very bike is in the Terry Good collection. If you have never checked out this amazing collection, go to https://www.mxworksbike.com/ 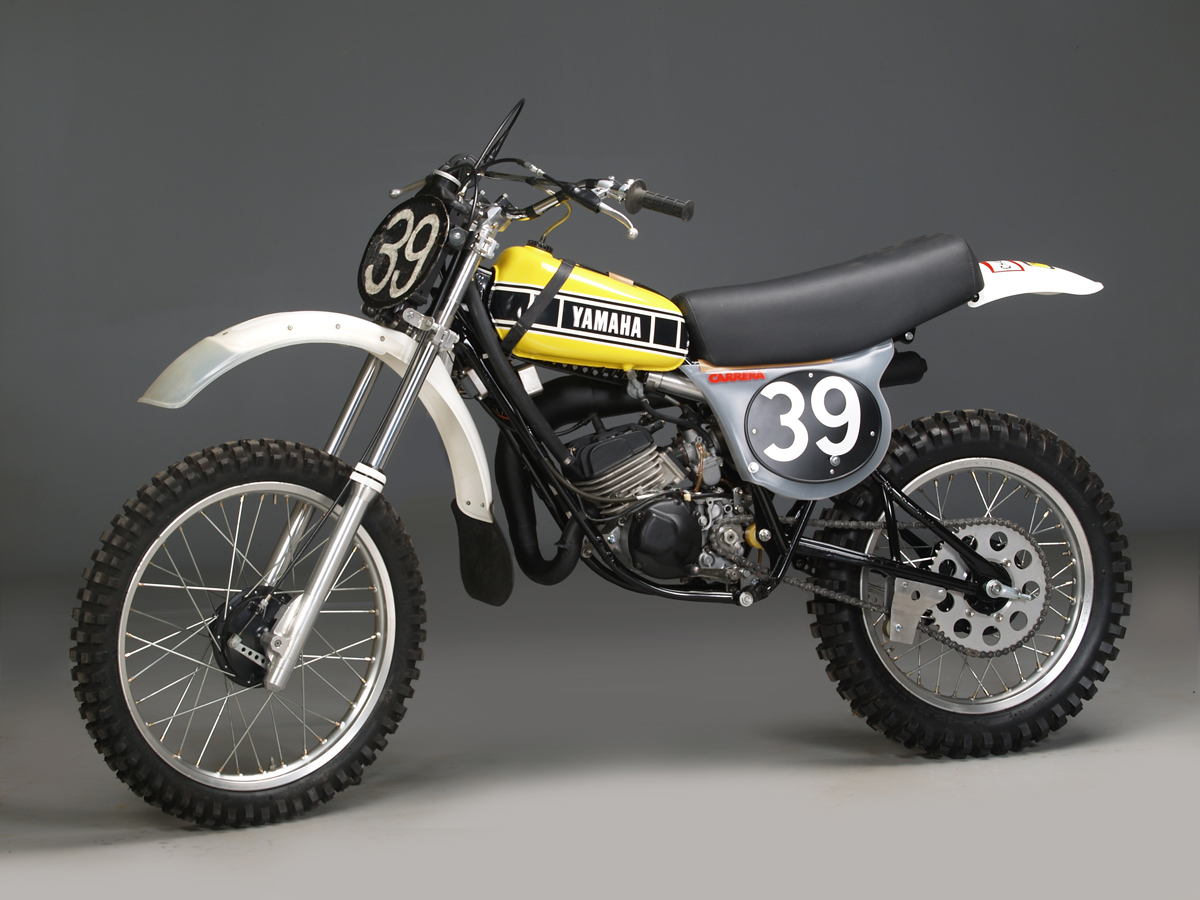 Also in Terry’s basement is this historic Hannah bike. This is the OW27 works bike that Bob used to capture his first 125 championship in 1976. This particular photo was shot in the Dirt Bike photo studio right after the bike’s restoration. The bike was shipped to California for Hannah’s induction into the Glen Helen Walk of Fame when he was presented with the Edison Dye Lifetime Achievement award–one of the rare times that a Terry Good bike has left the MXworksbike vault. When it was in the studio, it was propped up with rod hidden behind a tire. It fell over and gave the DB staff a collective heart attack. Luckily, nothing on the priceless bike was damaged. We never told Terry.

At the Dirt Bike office, Robb Mesecher has been a little obsessed lately with old Husky stuff. That got me fired up about getting my 1974 Husky 250 Mag running for this weekend’s Old School Scrambles event in Victorville. My Husky hasn’t run since it was submerged in a flood in 2005. The Motoplat ignition didn’t survive. The solution was offered by Jack Penton, at Penton Products. He and his sister BJ run the business, selling modern ignitions for old bikes. They were pretty patient with me as I stumbled through the installation process, and after LA Sleeve bored the cylinder with a first-over Wossner piston, the old girl fired up last night. I’m stoked! John LeFever at Vintage Husky also gave me a great deal of advice, and as always, my pal Gary Jones was there to help. The bike still isn’t pretty, but it’s a runner. 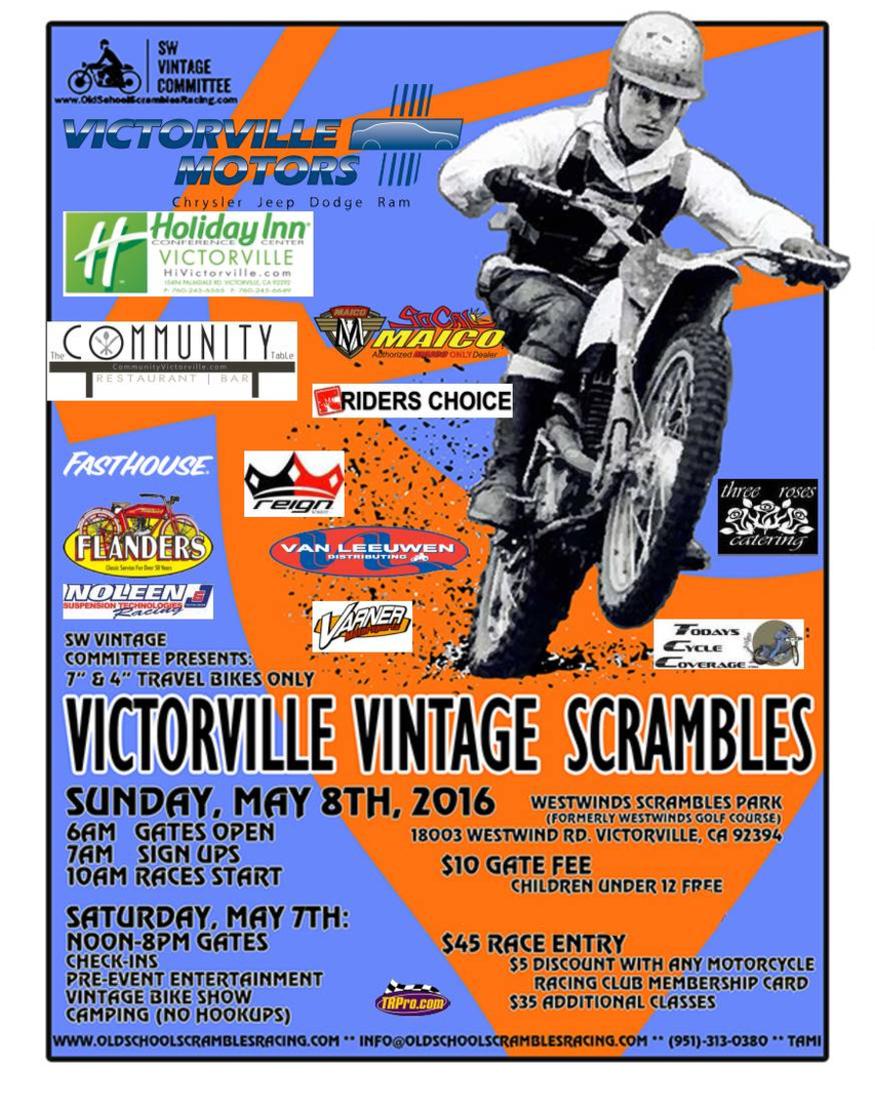 THIS WEEK IN PHOTOS

GET READY FOR ENDUROCROSS 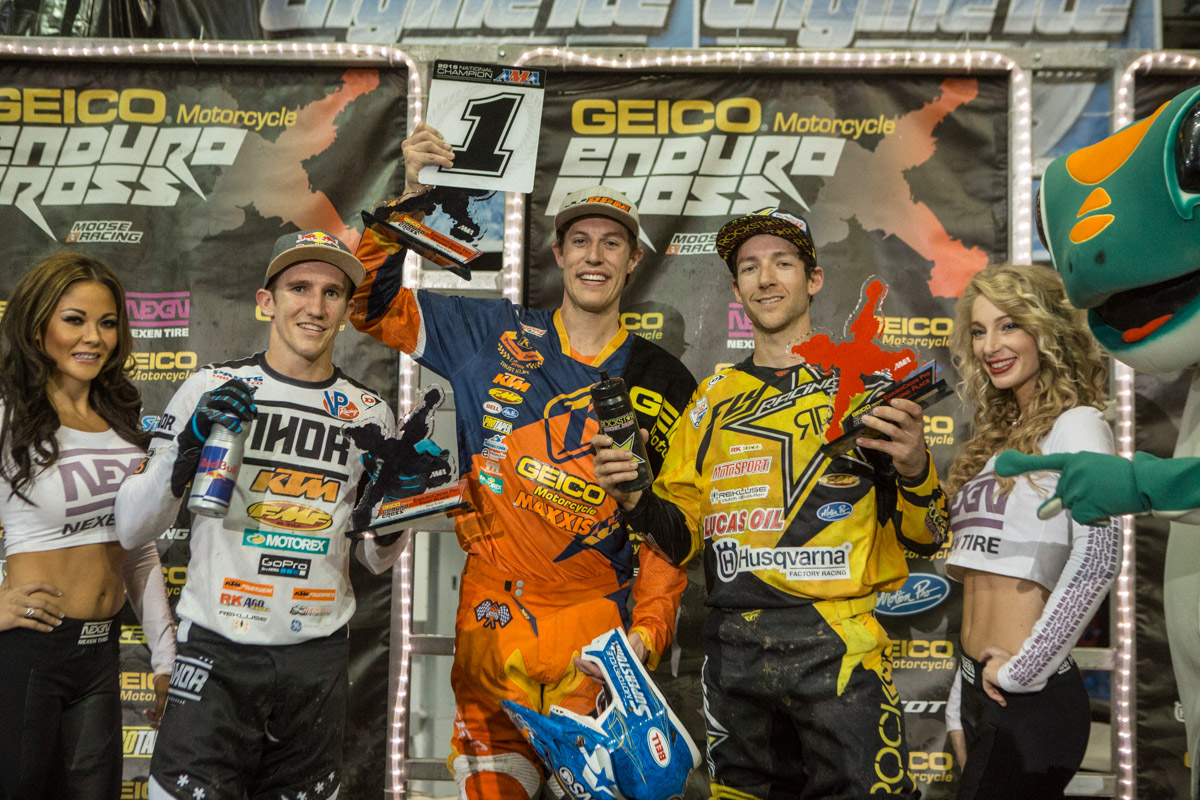 The 2016 AMA EnduroCross series will kick off in August with the opening round inside the Infinite Energy Center in Duluth, Georgia, just a little north of downtown Atlanta. Entries are now open for all eight races, which will include the return to Atlanta and new events Sioux Falls, South Dakota and Scottsdale, Arizona.

EnduroCross is a great show for race fans and offers the unique opportunity for Amateur, Vet, Women and TrialsCross riders to also participate in front of the large crowds and be part of the show. And there is nothing more challenging than tackling an EnduroCross course.

As an added bonus for pre-registering, racers will receive a $10 Gift Card from Rocky Mountain ATV/MC.

“We went back to running the entire EnduroCross season in the late summer and fall to allow racers and fans to stay focused on the series” said Mike Karsting, VP of events for TEN, the producers of EnduroCross. “We are also excited about going back to Atlanta and adding the new events in South Dakota and Arizona as those are strong areas for off-road riding”.

Tickets can be purchased here: www.EnduroCross.com/buy-tickets/ 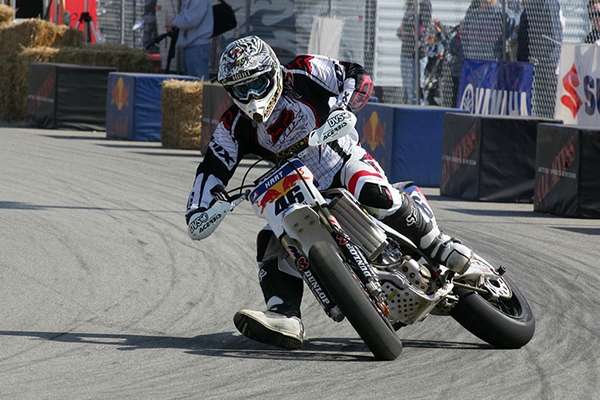 The Monster Energy Supercross series hits Las Vegas for the final round of the 2016 season and The Legends and Heroes Tour is proud to honor a Supercross and Freestyle Motocross great, Carey Hart.

Revered as one of the most recognizable names in modern motorsports, Hart’s love affair with motorcycles began at the age of four when his father presented him with a 50cc Suzuki JR50. What began innocently as a father and son activity soon escalated into a passion and success as an amateur local racer soon followed. By age 6 he was racing motocross and by the time he’d graduated from high school in 1993 at age 18, his talent and competitive energy plunged him into the ranks of AMA pro motocross and Supercross. Within a few years Carey expanded his horizons to other types of motorcycle competition including freestyle motocross, or FMX, and Supermoto racing in 1996.

Perhaps an event that Hart is most famous for was the Gravity Games in 2000 when he became the first rider to complete a back flip in motorcycle competition. He is also credited with the invention of his own signature freestyle motocross move known as The Hart Attack. 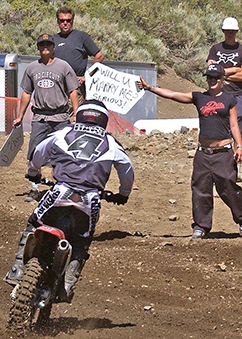 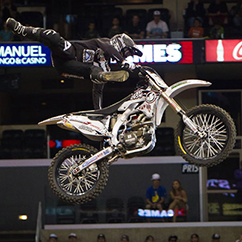 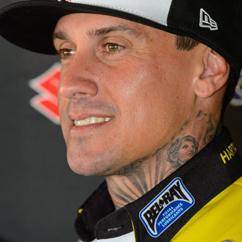 As one of the premier names in freestyle motocross, Hart has traveled around the world promoting the sport and developing it into what it is today. At the end of his freestyle career Carey returned to his racing roots by forming the Hart Huntington team with the goal of developing riders and introducing new sponsors who could help him expand the sport.

Today with his partner Ricky Carmichael, Hart owns and operates the RCH Racing organization with a team roster that includes #20 Broc Tickle, #12 Jake Weimer and one of the most dominate Supercross riders on the circuit, #94 Ken Roczen.

Alex Moroz General Managing Partner of the Legends & Heroes Tour states “I remember Carey as a very competitive teen motocross racer when I met him and his uncle John at the Gatorback pro national motocross in 1997. He was a kid who lived the dream by every measure. In those early days they traveled to the races in a Ford van, eating peanut and butter and jelly sandwiches, staying at KOA camps and doing what he loved the most – racing! I’ve watched his career come full circle, and Carey has not only developed his own magnificent brand but also a lifestyle featuring Supercross that elevates our sport for fans and racers alike!”

During a special ceremony before the race on Saturday, Carey Hart will receive the coveted Legends and Heroes award presented to him by 6-time AMA National Champion Broc Glover on the Monster Energy Podium at Sam Boyd Stadium. In addition to his award Carey will also be presented with a unique motorcycle that will remind him of his first years on two wheels: a Suzuki JR 50 that was restored by David and Kelly Brayer of Ontario, NY.

THE SCIENCE OF THE SCRUB