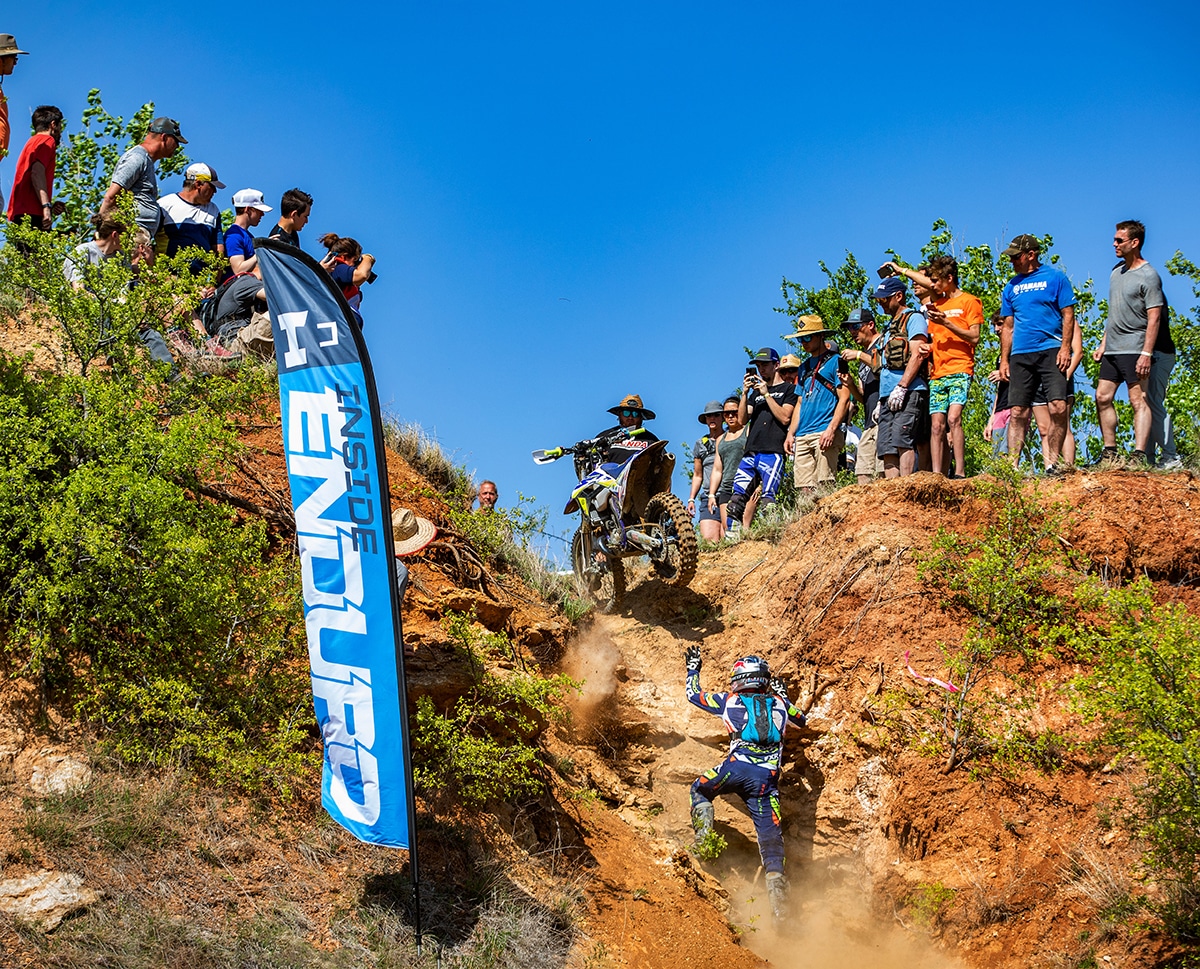 Bridgeport, TX – FactoryONE Sherco pilot Cody Webb carried a very big hammer at the RevLimiter Extreme, of the East / West shootout of the Kenda AMA Extreme Off-Road Series. On Saturday, he set the standard during the qualification hot lap, followed by Ryder Leblond and Trystan Hart. This hot lap would set the stage for Sunday’s 3 moto format on some of North Texas’ gnarliest terrain.

This was the 5th annual RevLimiter Extreme Enduro presented by SRT; Round 2 of the West Extreme Championship (WEC), Round 1 of the East (EEC) making it the east vs west round.

Moto one would see Webb lead wire to wire over the course of the two-hour race. He would win the moto with a 3:08 advantage over Red Bull KTM’s Trystan Hart and Rockstar Husqvarna’s Colton Haaker, who was another 4:42 adrift.

Moto two, which was altered to a one lap format from the original two due to the rising Texas temperatures, would again see Webb rocket out to the front in the dry and dusty conditions and not relinquish that lead. Webb seemed to master the rock gardens and steep ascents, almost as if he was on a Sunday cruise. He would finish 1:50 over Hart and 6:31 to Haaker in third.

Moto three saw the top 30 riders of the weekend shoot it out on a shortened course. This course contained most all of the top obstacles of the weekend. Named sections like Big Bertha, Mount Rushmore, Pucker Hill, Red Bull Rollercoaster and the newly added and simply put, “The Hill.” Instead of the usual 10 riders to a row, all 30 lined up bar to bar. This almost proved costly for Webb as a host of riders battled for line choice entering the first rock. Cooper Abbott and Webb would bang bars and almost go down, putting Webb down to tenth in the running order early on. By the time the riders reached Mount Rushmore, Jordan Ashburn would have a small lead on a quintet of riders which included Hart, Haaker, Leblond, Webb and Pat Smage.

Cody Webb moved to the head of the field as the riders re-entered the quarry. From that point, he would never look back over the 3-lap moto. At the exit of the quarry and Just before the finish line, riders would have to take on “The Hill.” This loose, seemingly impossible ultra-steep grade climb would have scores of fans in awe as rider after rider would send it up the hill. There were some cleans and some ghost rides, even by Cody Webb, but it would not be the undoing of any. Cody Webb would win moto 3 by a margin of 1:42 over Hart, followed by Ryder Leblond. Pat Smage would finish P5 in the final moto.