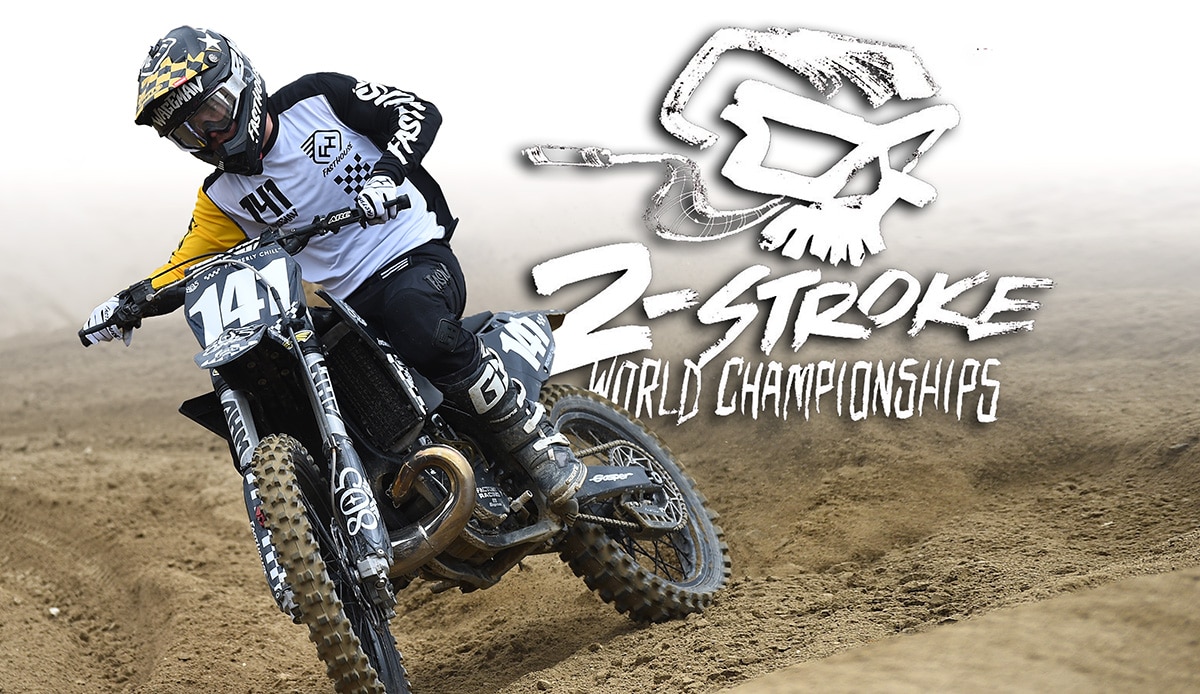 Robbie Wageman took advantage of the week off in the AMA Western Regional Supercross series to return to his two-stroke roots and win the 2019 Wiseco Two-Stroke Open Championship. He rode a punched-out Yamaha YZ250 supported by Fasthouse. This trophy can go right next to his 125 championship from the same event in 2018.

This year, the event was much larger than ever before, with a full program of pros, sportsmen and even vintage bikes. The $10,000 pro purse brought out a number of riders who hadn’t ridden a two-stroke in years–and some who had never ridden them. Last year’s champion Zach Bell was on a Kawasaki built by Phil Valdez at Precision Concepts. Mike Alessi, also a former champion, was on a Honda CR250R this time. Tyler Bowers originally built a Kawasaki KX500 for the Red Bull Straight Rhythm, but didn’t get to ride that race. He had the bike ready to go for this. RJ Wageman used his Suzuki connections to break the aluminum frame  RM250 prototype out of the warehouse again, and Mike Brown rode Dirt Bike Magazine’s Yamaha YZ250 test bike with support from FXR Racing.

The first moto was Robbie Wageman from start to finish. He survived a challenge from Carlen Gardner early in the race, but eventually pulled away. As the first moto progressed, the attrition rate was much higher than usual–understandable considering that many of the bikes were 20 years old. Zach Bell had a carburetor problem, Mike Alessi got a flat and so on. In the end, it was Wageman, Bowers, Gardner, Coty Schock, Mike Brown and Josh Mosiman in that race.

In the second moto, there were some different names in front. Mosiman and Ricky Dietrich (on a 2006 Bonanza Plumbing CR250R, featured in a Dirt Bike video here) were in front for a while before Gardner and Wageman worked their way forward. The two of them pulled away with Garner staying a couple of seconds in front. They would finish that way, with Wageman getting the overall. Bowers DNFed that race, and Schock was third ahead of Ryan Surratt and Brown. For full results, go to Glen Helen.com.