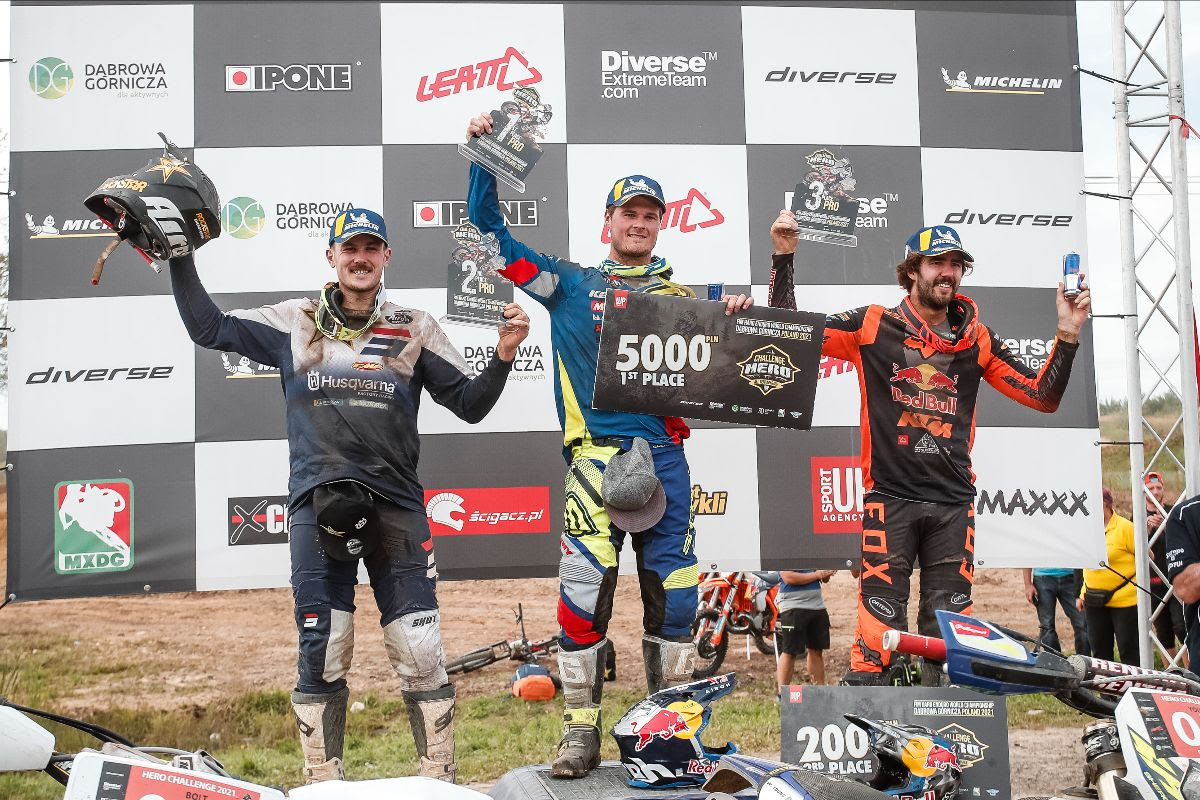 That win from Gomez earned himself pole position for the three-hour race. But when the flag dropped, it was Lettenbichler who took the holeshot ahead of Gomez to claim an early lead in the race. As the 120 riders blasted off the start line, all the heavy hitters were quick to fight their way to the front. 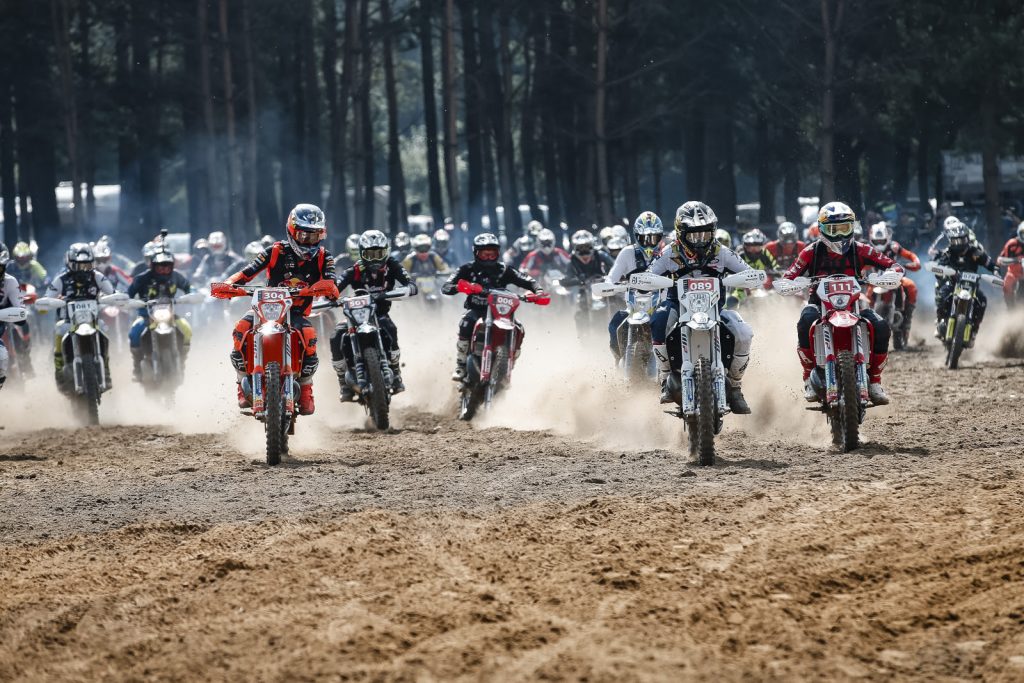 Lettenbichler, Bolt, Olszowy, Gomez, and Jonny Walker (Beta) were soon joined by Young. A gamble by the South African to pit one lap later than his rivals paid off and the Sherco rider was soon out front. Clearly enjoying the rough conditions, Young put in a clinical second half of the race to claim victory at round six.

Bolt gave chase to Young but wasn’t quite able to match his pace as the track deteriorated. Knowing that by keeping ahead of Lettenbichler he would become the new championship leader, Bolt stayed on script and steered his Husqvarna home for the runner-up result. Lettenbichler came on strong during the final laps but wasn’t able to bridge the gap to Bolt and had to be content with third.