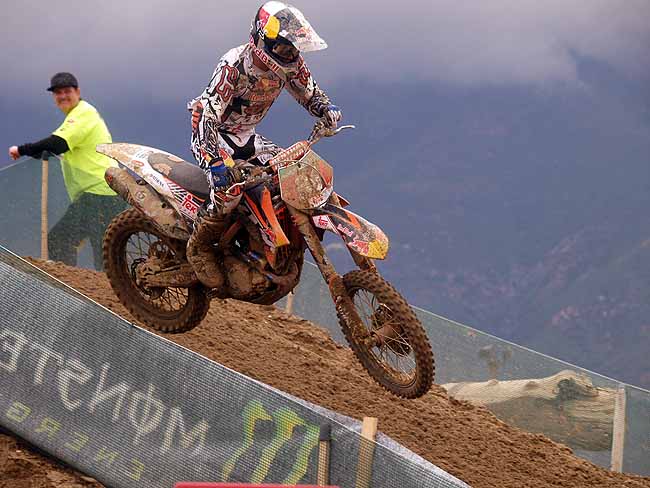 Clement DeSalle
One year ago the USGP returned to America after a prolonged absence. This weekend marked the second annual running of the event, which held few surprises, but impressive racing. The race started off in pouring rain and finished in bright sunlight.
Few top American Pros were drawn to the event despite a $100,000 payday that awaited any U.S. rider that could win the MX1 overall. The reason was simple; there simply aren’t that many riders who could do it, and the few that could were readying themselves for the Hangtown opener of the U.S. nationals next week.
When it was all over, Clement DeSalle tooke both MX1 motos while Ken Roczen won both MX2 motos. The top Americans were Christian Craig, who went 8-13 in the MX1, and Zach Osborne who got 13th and eighth for a fifth overall.