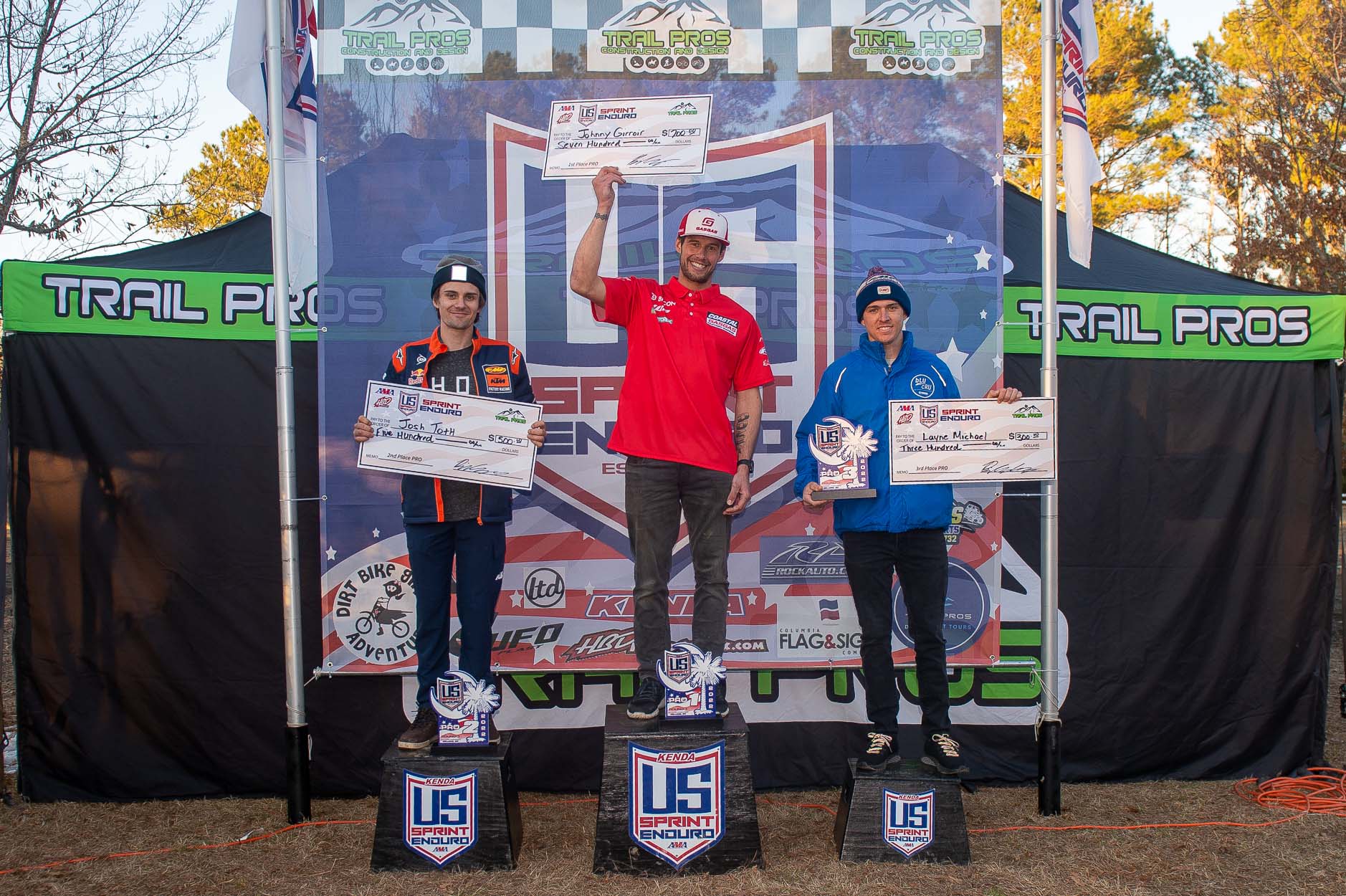 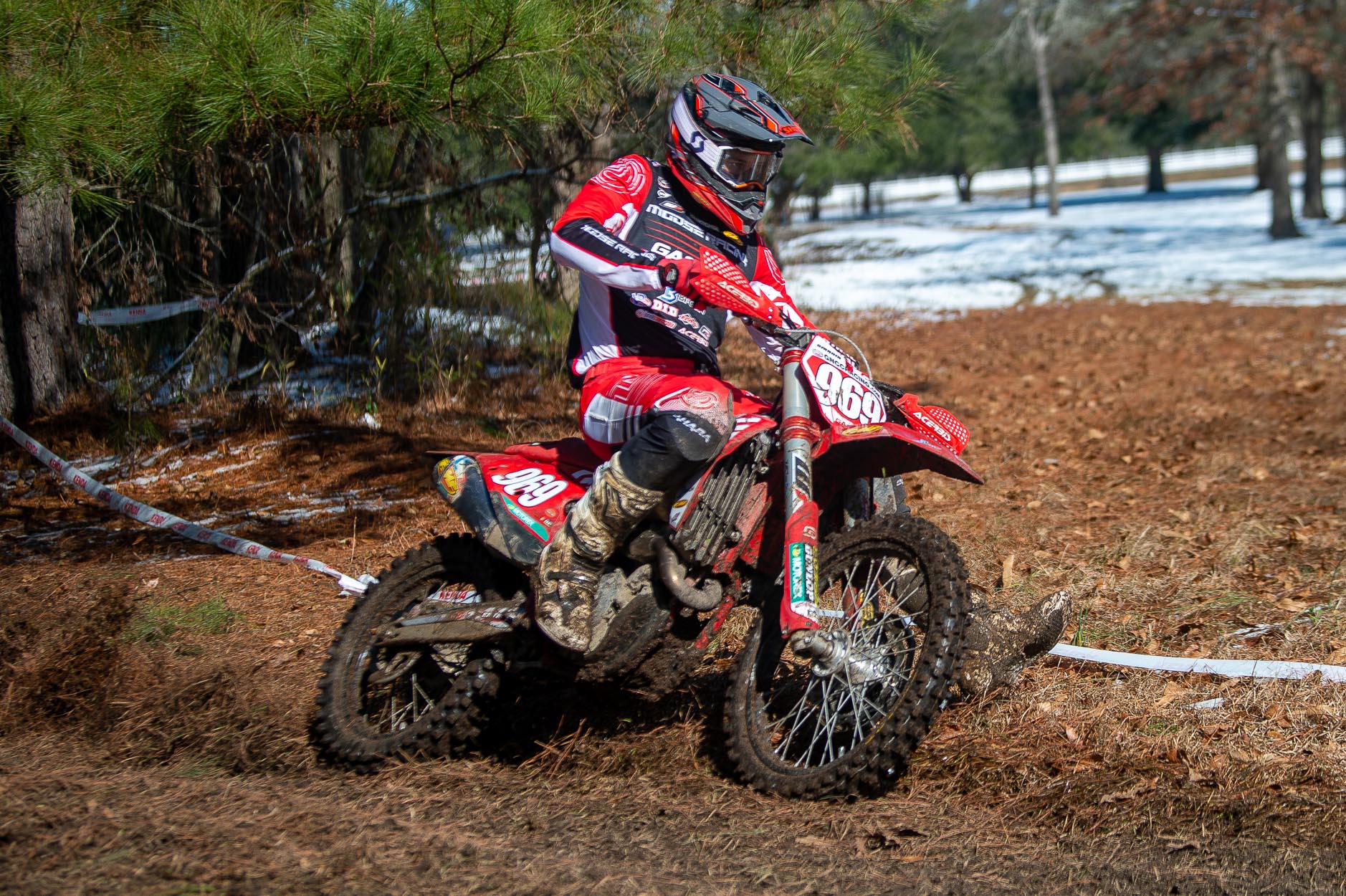 Johnny Girroir drew first blood in the 2022 US Sprint Enduro Series. The Coastal Racing GasGas rider took a dominating win at this weekend’s Moree’s Paradise US Sprint Enduro, round one of the series held at Moree’s Paradise Raceway in Sellers, South Carolina. It was Girroir’s maiden race in the Pro division. Snow and freezing temperatures greeted the riders; however, the weather did not deter a large group from racing in what turned out to be a very successful and enjoyable weekend.

Josh Toth was second overall, with one test win and a series of consistent second and third place test finishes. The FMF/KTM rider came to South Carolina to get in some sand riding to tune up for the new year. Girroir dominated Sunday’s action, winning all six tests, which backed up his strong performance on Saturday, where he won four of six tests. Defending series champion Layne Michael had a weekend he’d rather forget. After winning the first test on Saturday, the Am Pro Yamaha rider admittedly struggled for the remainder of the day. Michael got back into the groove on Sunday, but could not stop Girroir from sweeping the day. 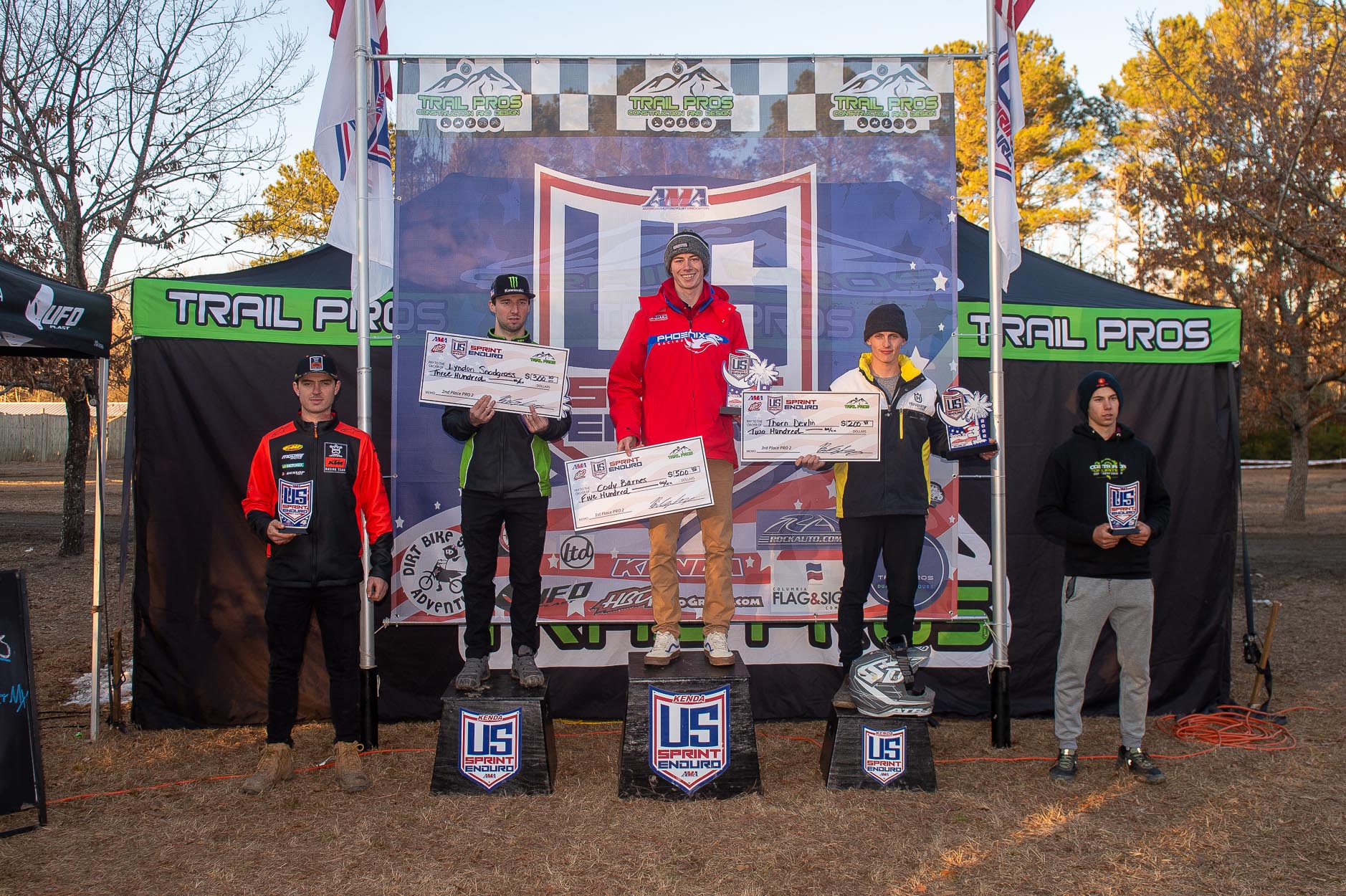 Phoenix Honda’s Cody Barnes capitalized on a strong performance on Saturday to take the win in the Pro 2 class and finish fourth in the overall standings. Babbitt’s Racing Team Green Kawasaki’s Lyndon Snodgrass beat out Barnes for top Pro 2 honors on Sunday, but it was not enough to erase the lead that Barnes had built on Saturday. 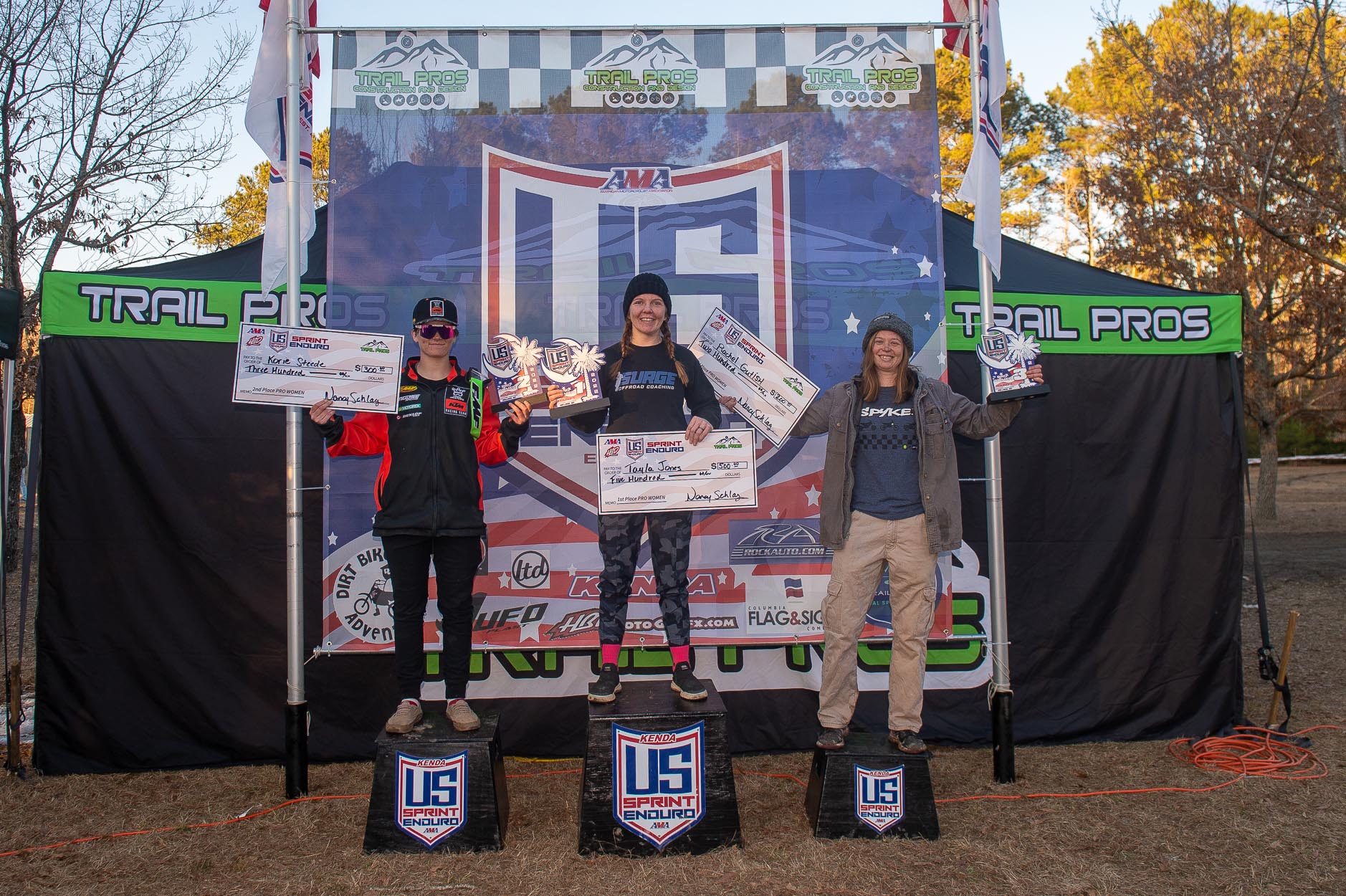 Rockstar Energy Husqvarna’s Tayla Jones took the win in the Women’s Pro class after topping nine of the 12 tests.

“I was a little nervous about racing in the snow but it turned out to be fun,” said Jones. “I got some test wins and got settled into my new bike so all is good.”