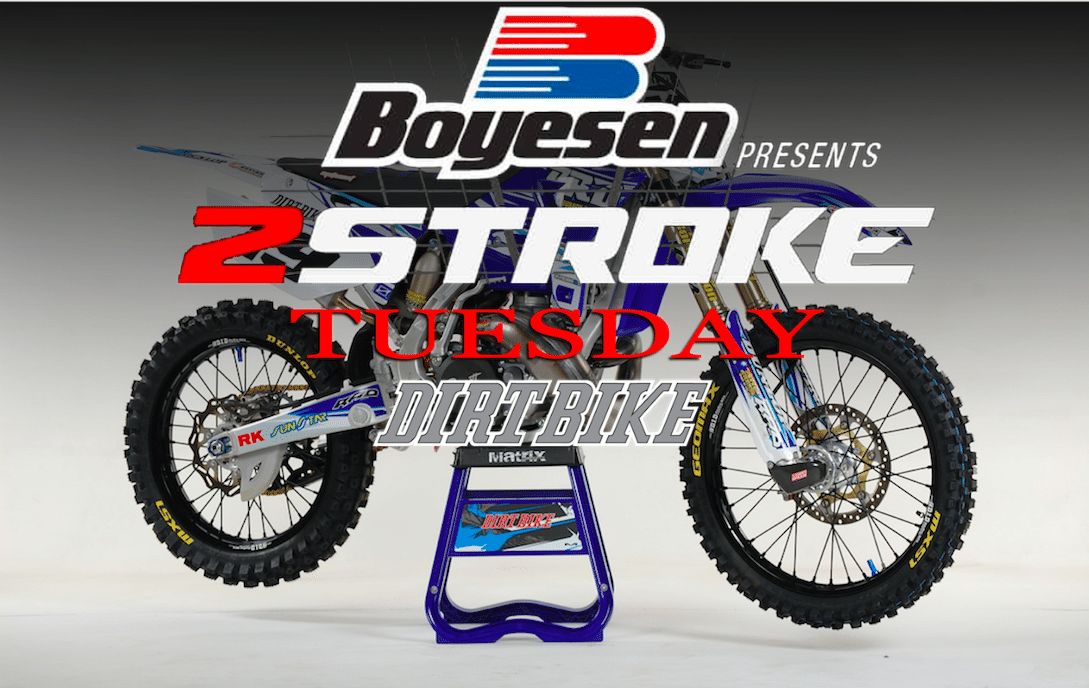 We look back at our 2013 Dubach Racing Yamaha YZ250 project on this week’s Two-Stroke Tuesday brought to you by Boyesen. This build was the first time certain products from ODI, DRD, Split Designs and Applied Racing were seen by the public. Products from Viral Brand and Ride Engineering are featured in 2-Stroke Hardware. Our video department packed 2-Stroke Theater with five different Yamaha YZ250 project bikes for your viewing pleasure and if thats not enough YZ250 action click the exclusive link to our BRP/Bills Pipes YZ250 project at the end of this post. 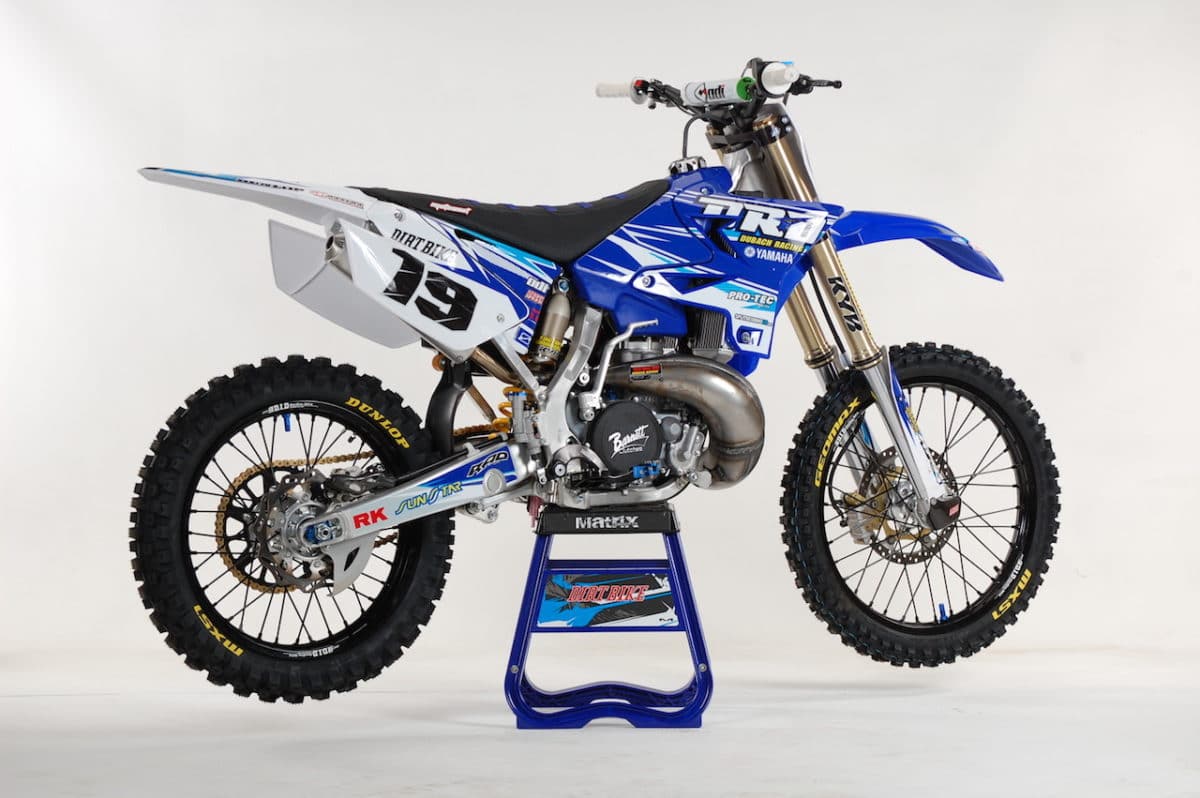 This YZ250 project would end up on the cover of our 2013 June issue. It was a great mix of internal engine and suspension modifications blended with external bolt-on items. The UFO restyle plastic kit was the attention getter and was what most people talked about. 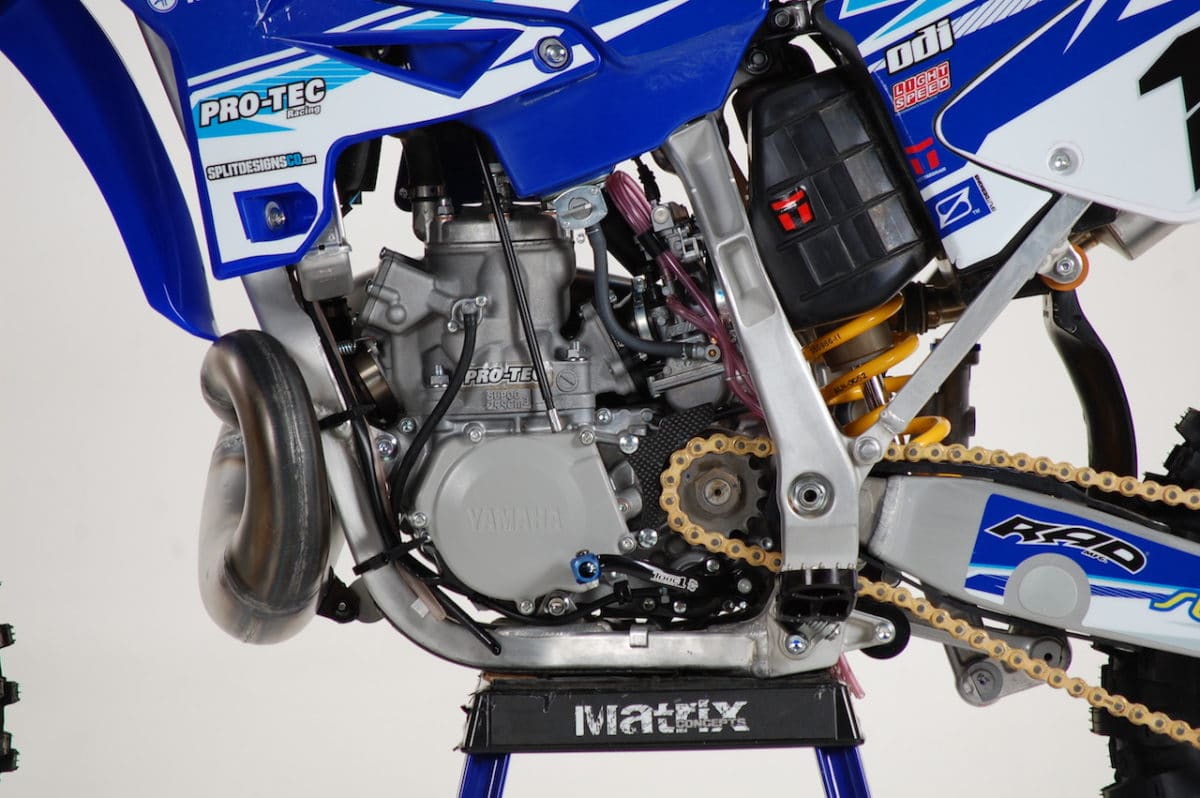 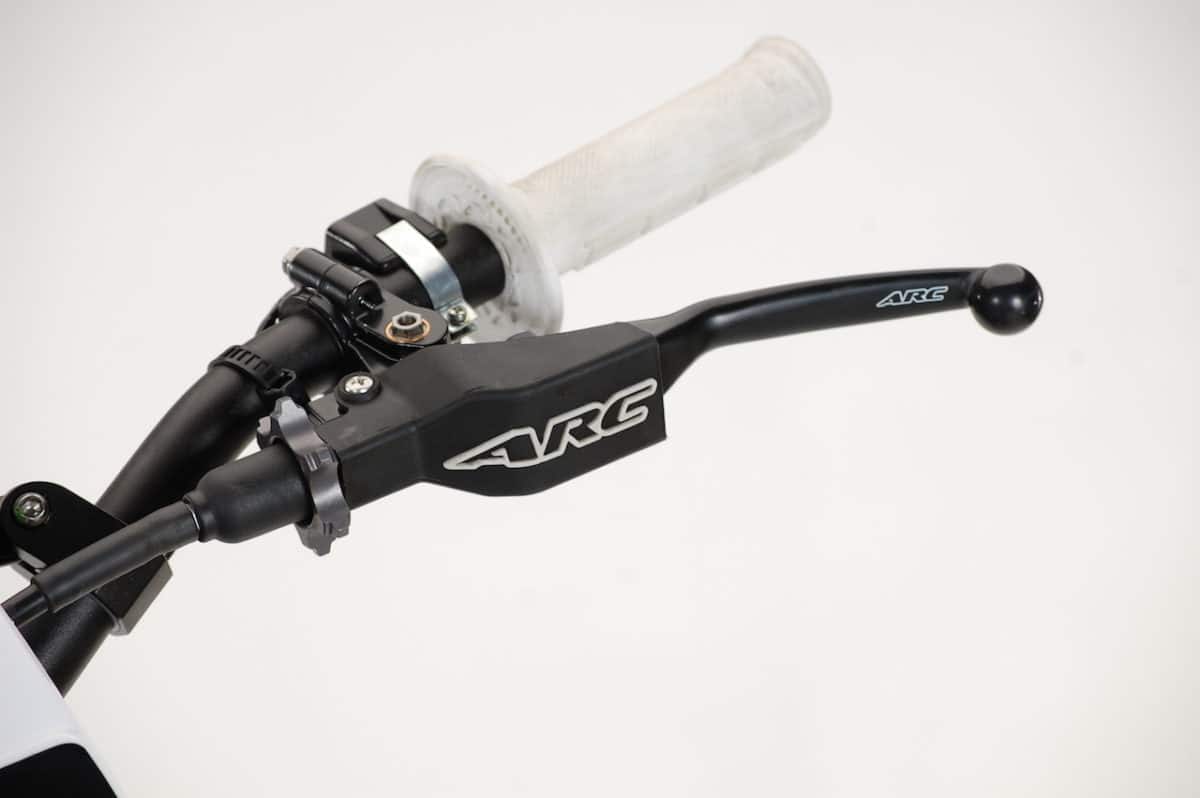 The ARC DC8 clutch perch assembly offers easy adjustment on the fly and a folding lever for a price that won’t break the bank. The ODI white grips were limited editions at the time but are now available to everyone and they just released a lock-on design. 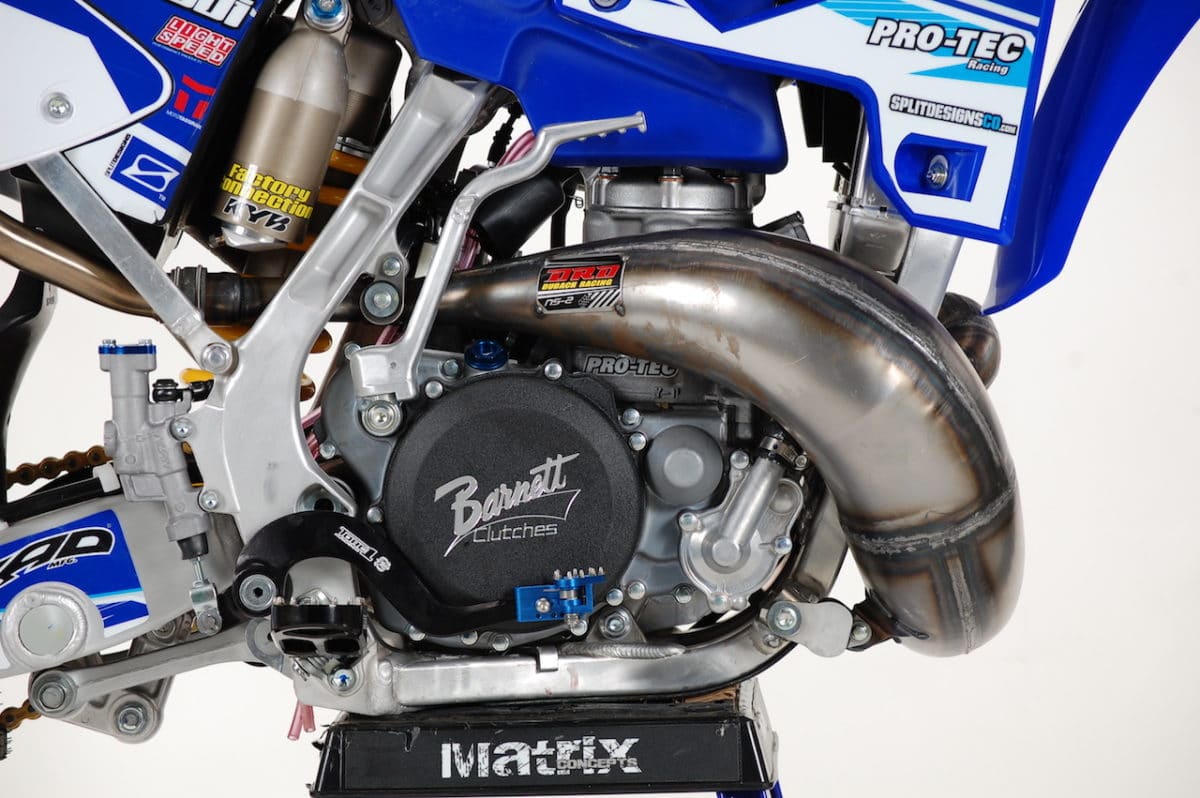 Internally a Barnett Dirt Digger clutch was used to control all that new found power. The DRD YZ250 two-stroke pipe was only produced in small quantities but it worked really well. The silencer was even equipped with a removable spark arrestor. 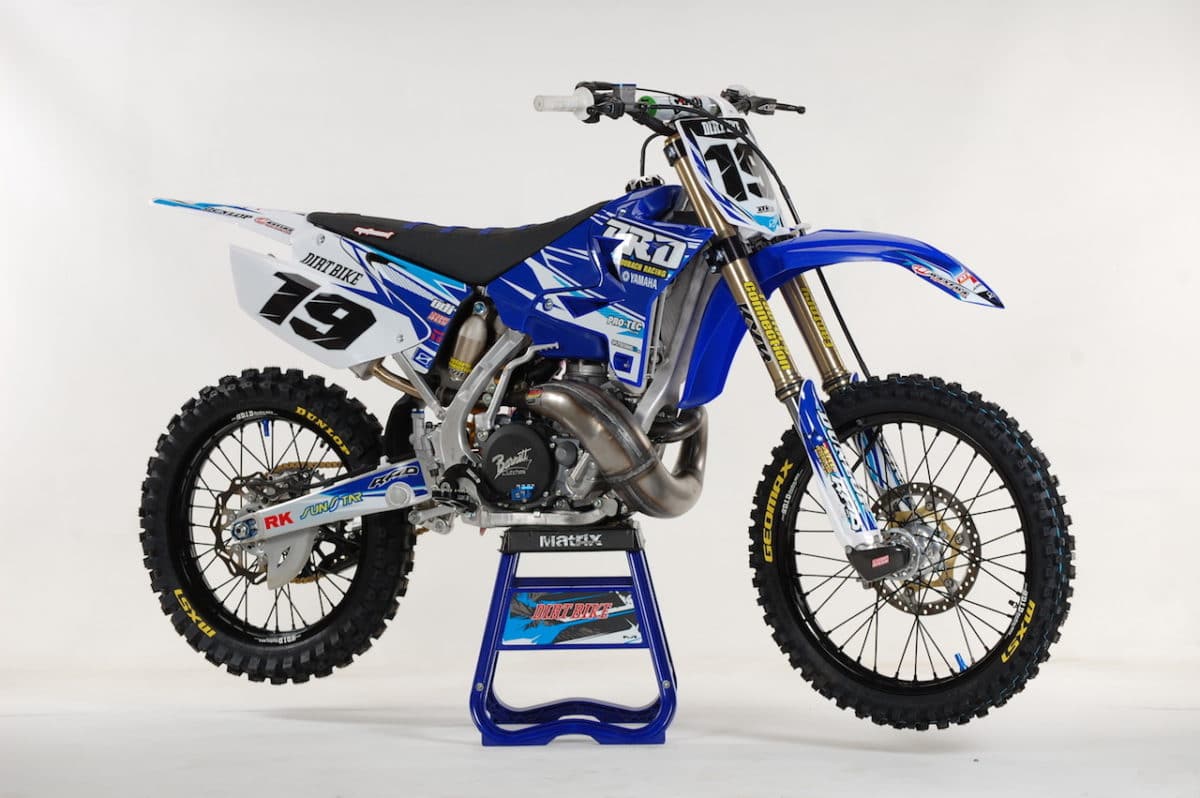 Even more than five years after we first built this YZ250 with Casey Huntley when he was at Dubach Racing it’s still one of our favorites. 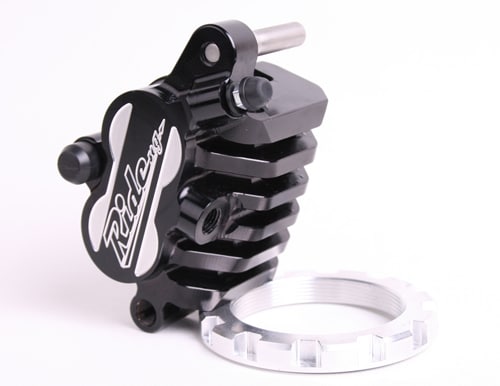 Ride Engineering has redesigned our Billet Front Brake Caliper. Version 2.0 retains the use of a larger piston for improved breaking power and cooling channels but updates include less front wheel drag by repositioning the o-ring grooves and relocating the bleed valve making it easier for necessary maintenance .
Contact: www.rideengineering.com 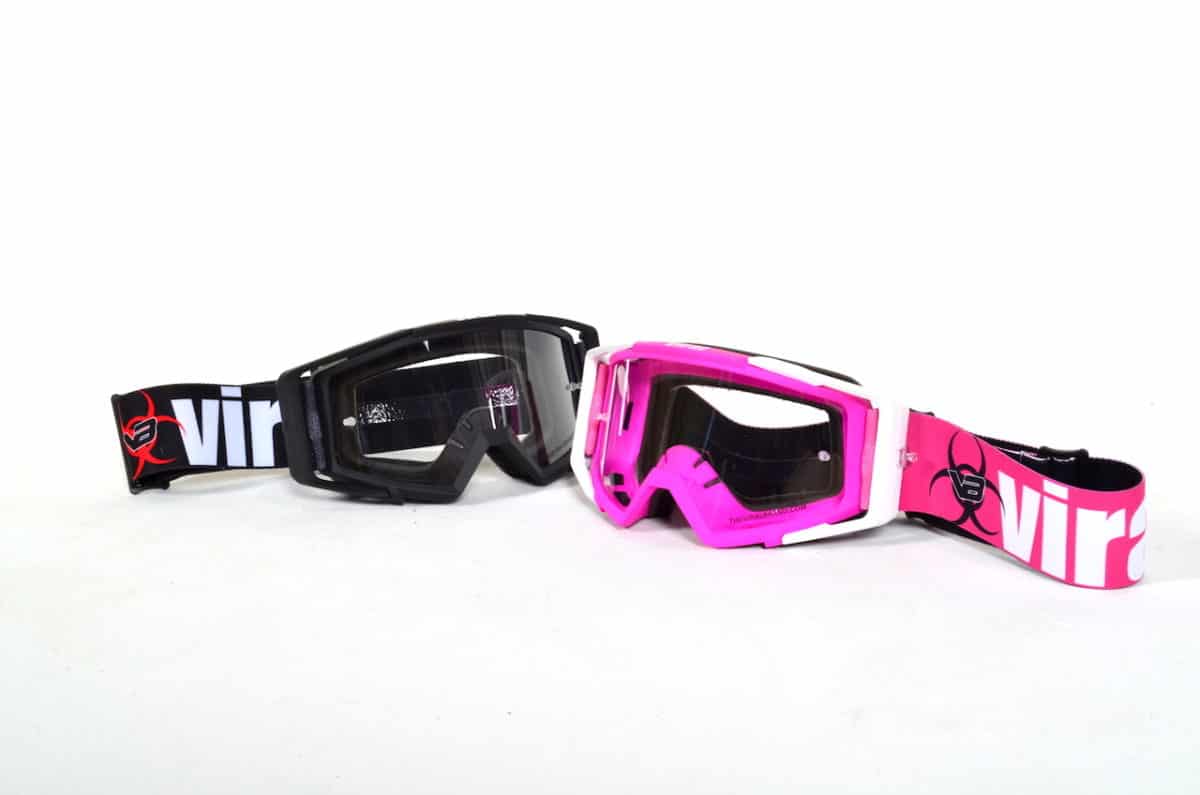 A goggle priced for the working man. Viral has just announced their Rookie series goggle available in five different combinations to choose from with features like three layer face foam, sublimated non slip strap, outrigger design and the same exact lens as the Viral Factory series goggle. All this for a goggle priced under $40 retail.
Contact: www.theviralbrand.com

If you like this week’s featured Yamaha YZ250 then check out our BPR/Bills Pipes YZ250. Click on the link or image below to see more! 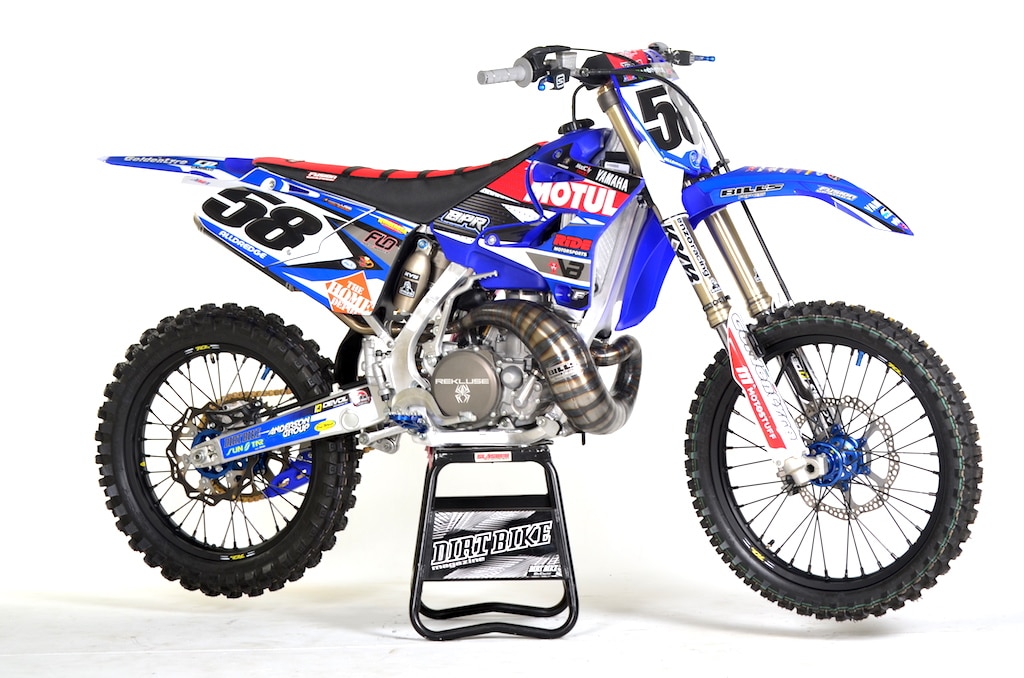