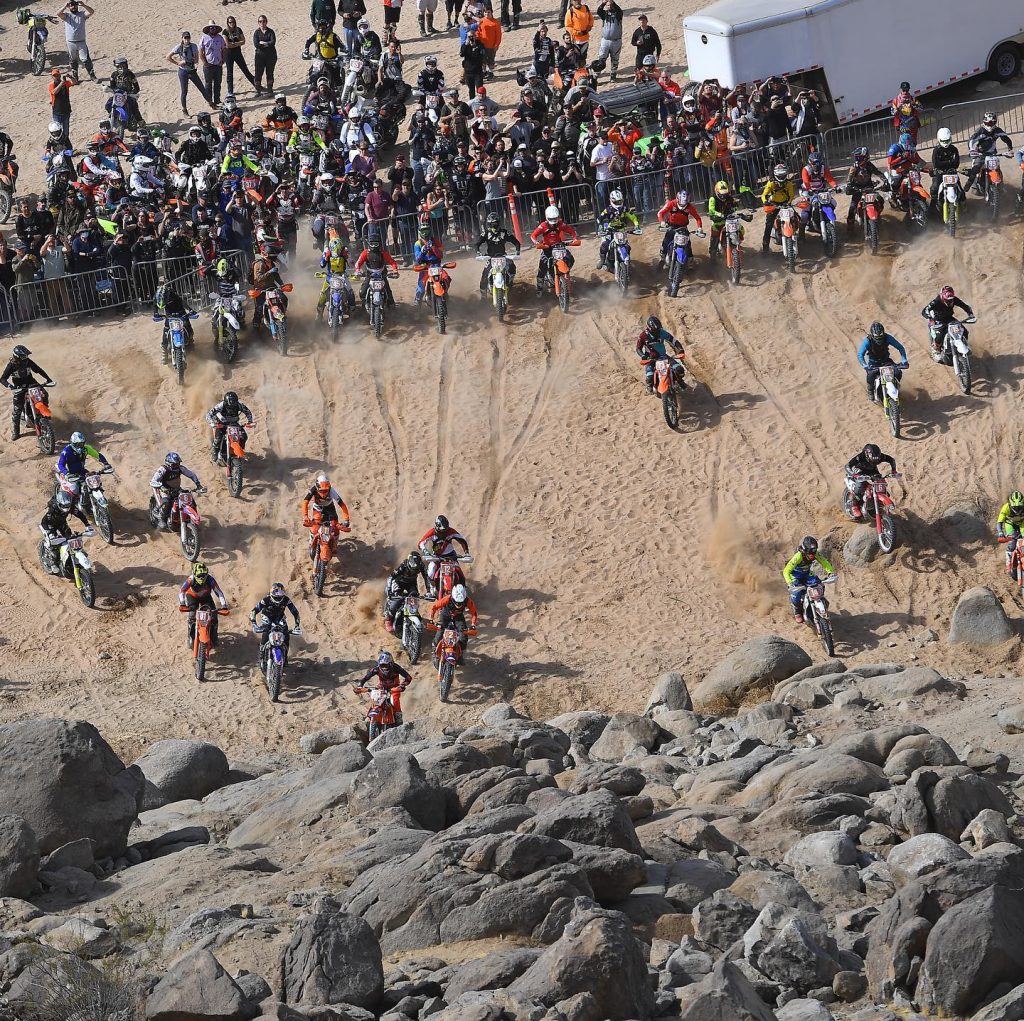 Ninety-five of the best motorcycle riders from around the continent descended on Johnson Valley for the 2021 All Balls Racing Group King of the Motos.  The day started with a short six-mile prologue starting and ending near Chocolate Thunder with the afternoon course  unmarked and required each rider to follow the 14-mile route on their GPS. Similar to years past, the 2021 King of the Motos was comprised of a handful of top riders at the event and the majority of the field comprised of exceptional desert riders from District 37 and beyond.

Last year’s second place finisher Trystan Hart emerged victorious in 2021, completing two laps on the brutal course to win the $15,000 purse.  “What makes this race special is not just the purse, but the live coverage with helicopters following us – it is like a city in the middle of the desert out here, and it is really cool,” Hart shared at the finish line.  When asked what had changed from previous years the 24-year-old candidly replied “I guess I am older now.  I have matured.  I was only like 19 when I first raced here.”

Taylor Robert was running with Hart until late in the race, when he went over the handlebars and lost positions to the rest of the field, putting him in fourth at the end of the race.  As a result, the rest of the podium will be familiar to those who follow King of the Motos.  2015 and 2017 winner Colton Haaker was in second place when the checkered flag came out. “I’m terrible at the navigation,” Haaker confessed. “I mean I literally just keyed off of them all the time I hardly even looked at it. I didn’t want to lead. To be honest with you, it wasn’t going to be good. If I was to lead, I knew I was going to go the wrong way and then I’d have to catch back up anyway. So, I just kind of sat back.”

The podium was rounded out by Cody Webb, who has won King of the Motos five times since  2012, including last year. “In years past it’s kind of been me winning a lot of these races and a couple of other guys here and there but right now I think today there could have been four guys who could have won so I think the talent is getting deeper and it’s really good for this sport,” Webb explained after the race.  “Trystan has proven he belongs up there.”  Webb was the only rider to stop for fuel during the race, a decision that cost him time to Hart and Haaker. “I kind of hung back expecting we would get a showstopper, and everyone would be hung up but there was nothing like that. So, I put myself too far back at the beginning and sprinted to catch up and I am not happy with what I did in the course but happy to get third.” 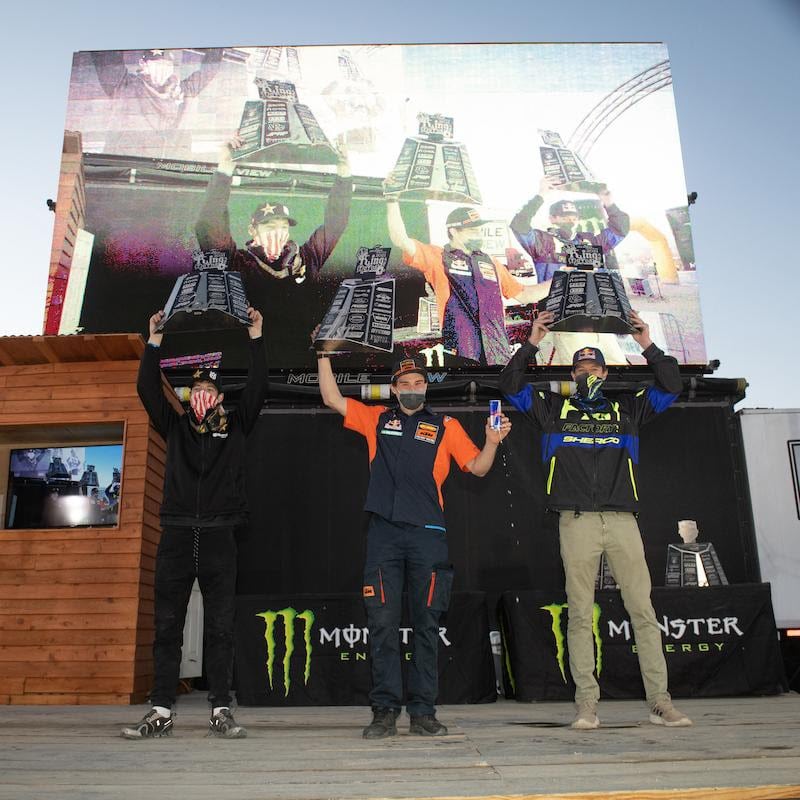 King of the Motos past winners-