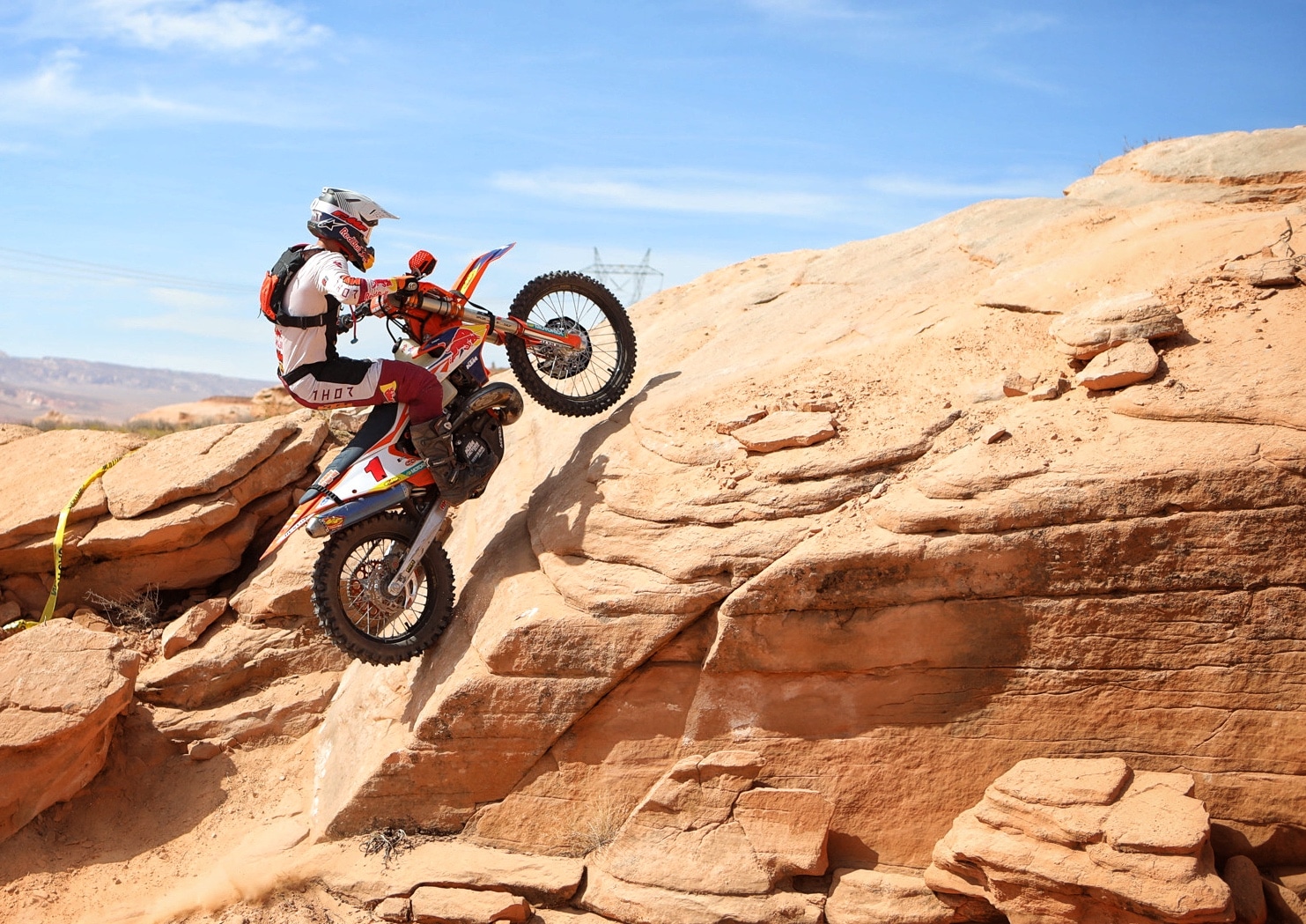 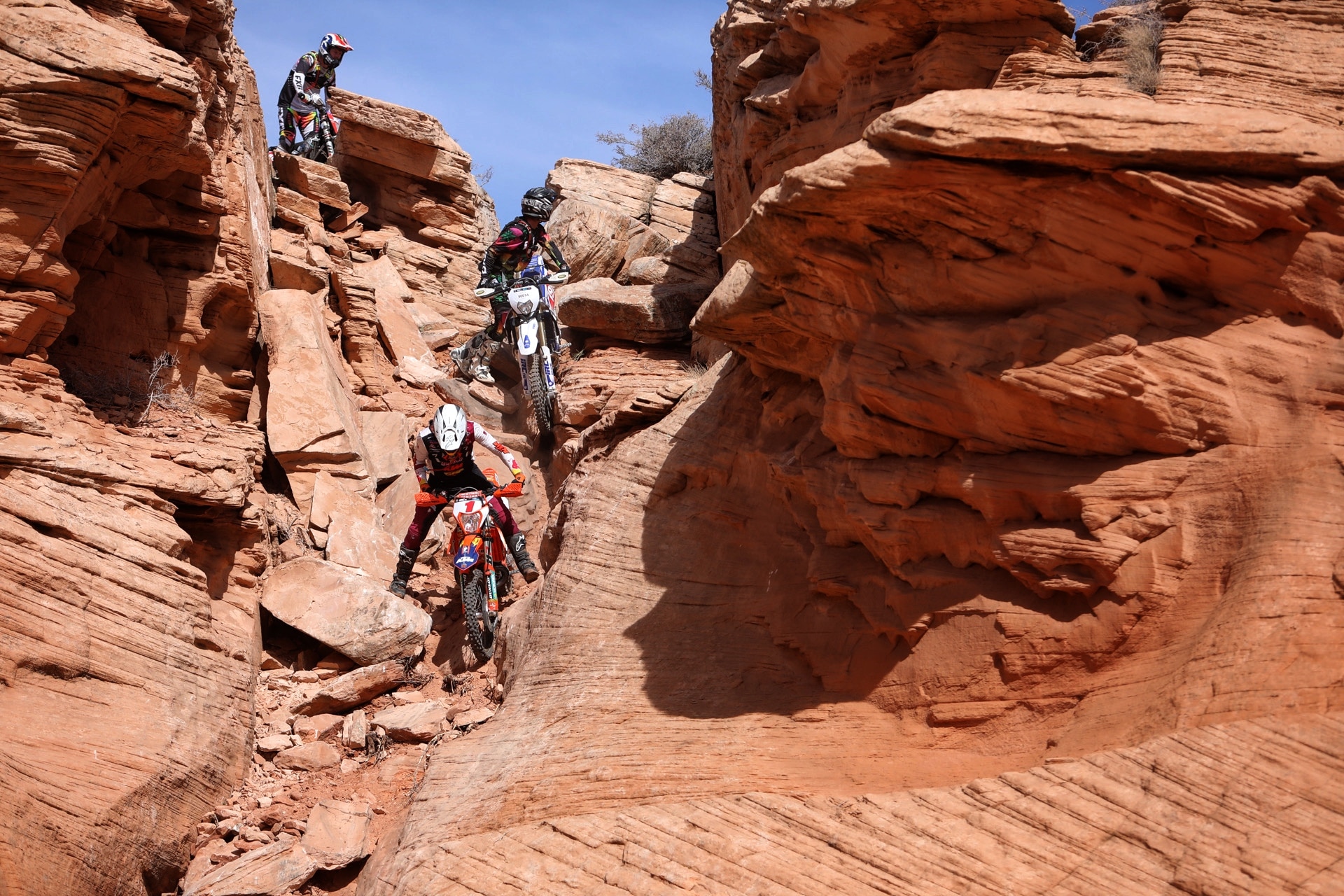 FMF KTM Factory Racing’s Trystan Hart got off to a strong start in the 2022 AMA U.S. Hard Enduro Series as he raced his way to a convincing open-round victory at the Grinding Stone Hard Enduro in Page, Arizona. Hart, the reigning AMA Extreme Offroad Champion from 2021, bested the competition by more than 40 minutes to finish the rocky and technical race in just over four hours.
Fully recovered from a previous thumb injury, Hart came into the 2022 season charging and ready to defend his No. 1 plate aboard the KTM 300 XC-W TPI. The Canadian rider got himself out front right away and he worked hard to put an early gap over the rest of the field. Racing within a time limit of five hours, Hart was able to stretch his lead to more than 40 minutes over the second place rider to secure the first victory of the nine-round series.

Husqvarna Motorcycles-Supported Ryder Leblond had an impressive start to the 2022 AMA U.S. Hard Enduro Series over the weekend, claiming second overall at the Grinding Stone Hard Enduro in Page, Arizona. Rockstar Energy Husqvarna Factory Racing’s Colton Haaker was slated to line up for the season opener but he came down with an illness while traveling to the event and wasn’t able to line up. FactoryOne Sherco’s Cooper Abbott took the final spot on the box with his first podium in U.S. Hard Enduro. Hart, Leblond and Abbott were the only riders to finish the entire event. 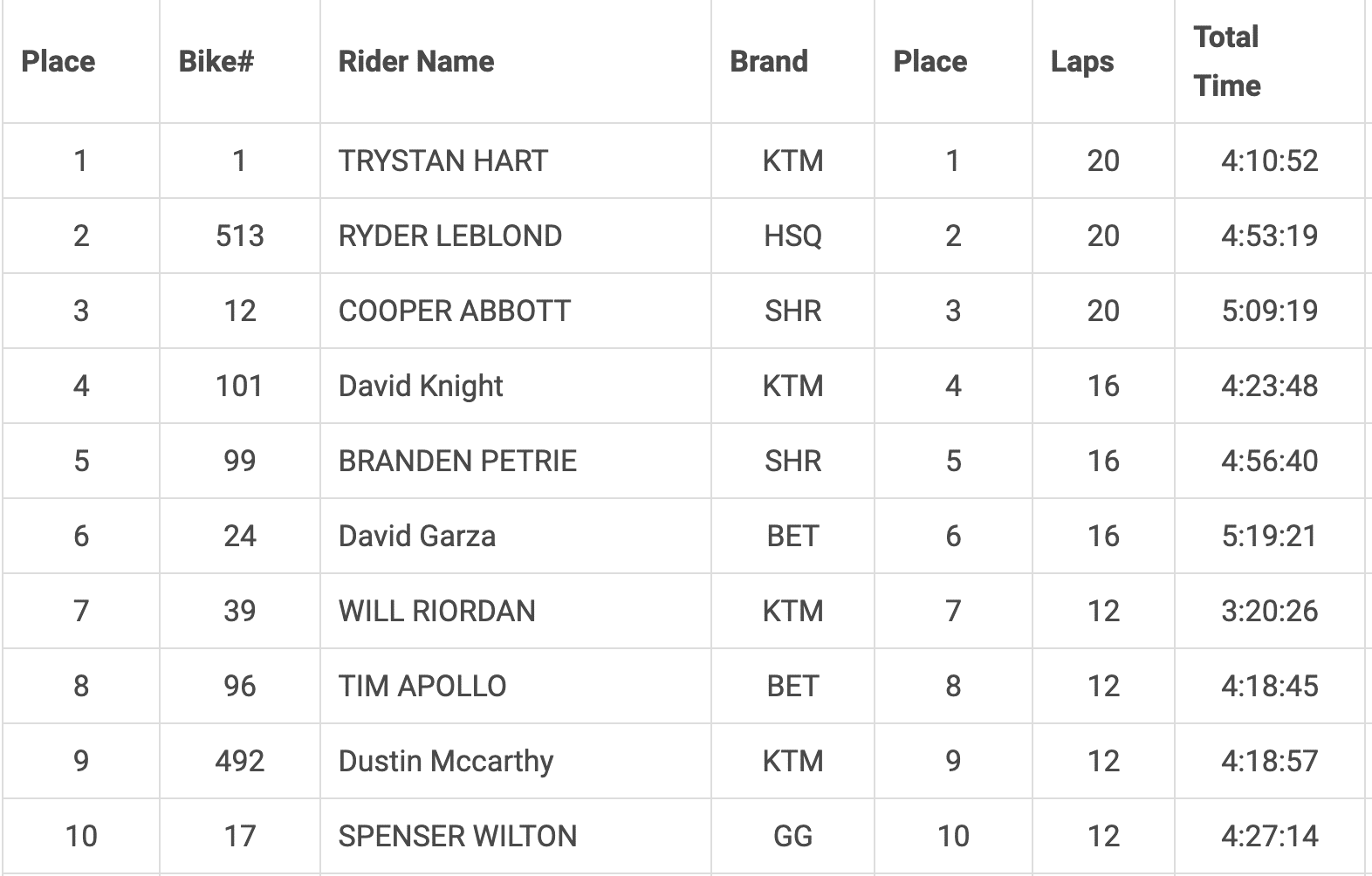