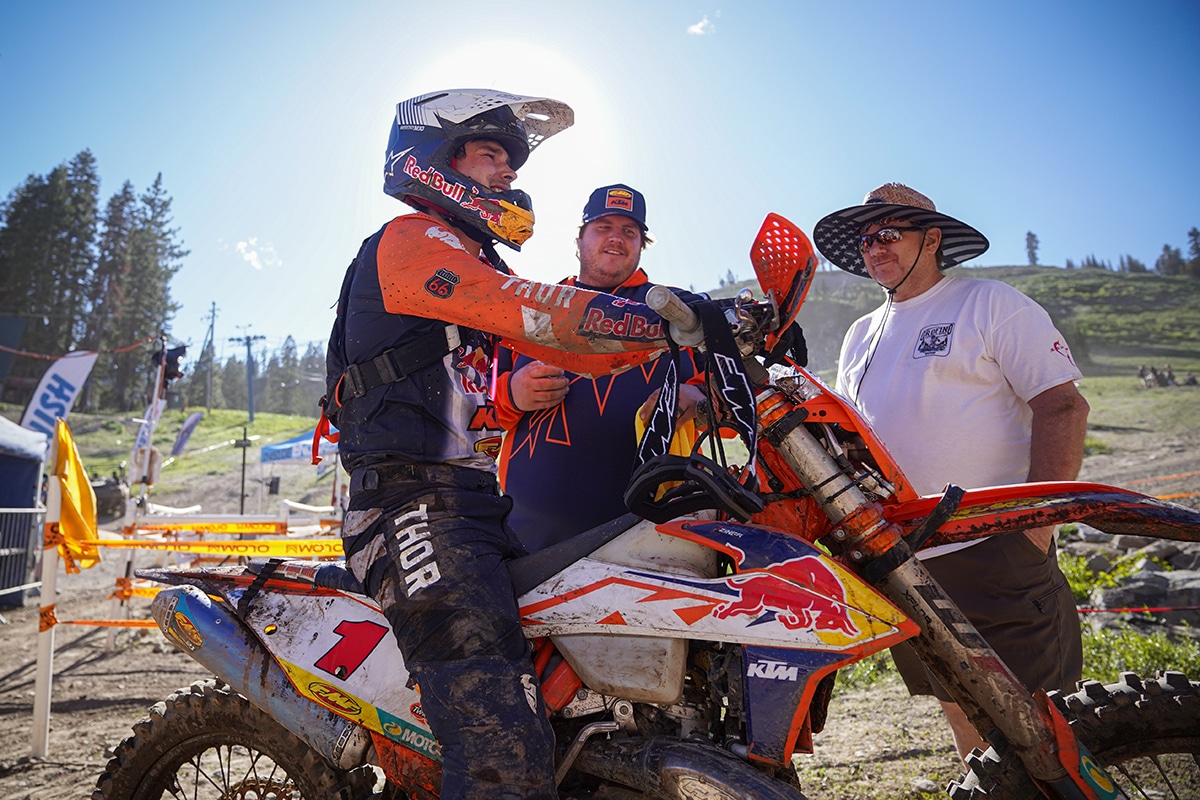 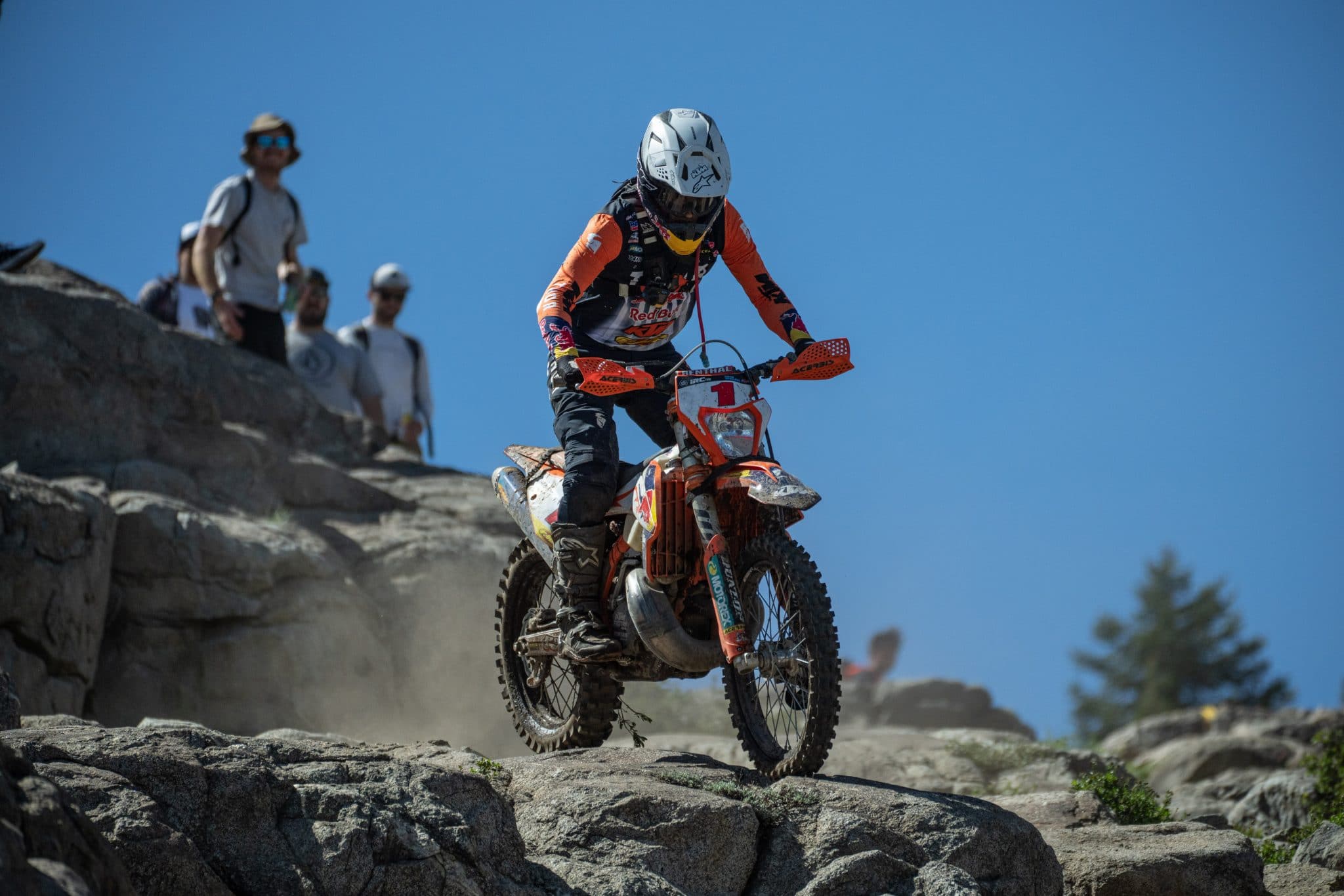 FMF KTM Factory Racing’s Trystan Hart extended his win-streak to five-straight in the 2022 AMA U.S. Hard Enduro Series following a convincing victory at Saturday’s Donner Hard Enduro in Northern California. Sitting undefeated through the first five of nine rounds, the defending series champion will set his sights on conquering the Iron Giant next week for the infamous Red Bull Erzbergrodeo.

Unlike the previous rounds of the U.S. Series, the Donner Hard Enduro offers one opportunity to hit the course, with no prior qualifying procedure, for three and a half hours of grueling terrain at the Donner Ski Resort. With a little bit of everything in terms of elements, Hart managed it all beginning with a second-place start. He worked into the lead pretty quickly, with a plan to sprint the first two laps and create a gap over the rest of the field. After the first lap, Hart had created a 12-minute lead over second-place and he slowly but surely extended it, giving himself a comfortable cushion when he had to come into the pits for a pipe swap-out just after the third lap. He was able to continue pushing through the final stretch, finishing 35 minutes ahead of the next rider after three-and-a-half hours of racing. 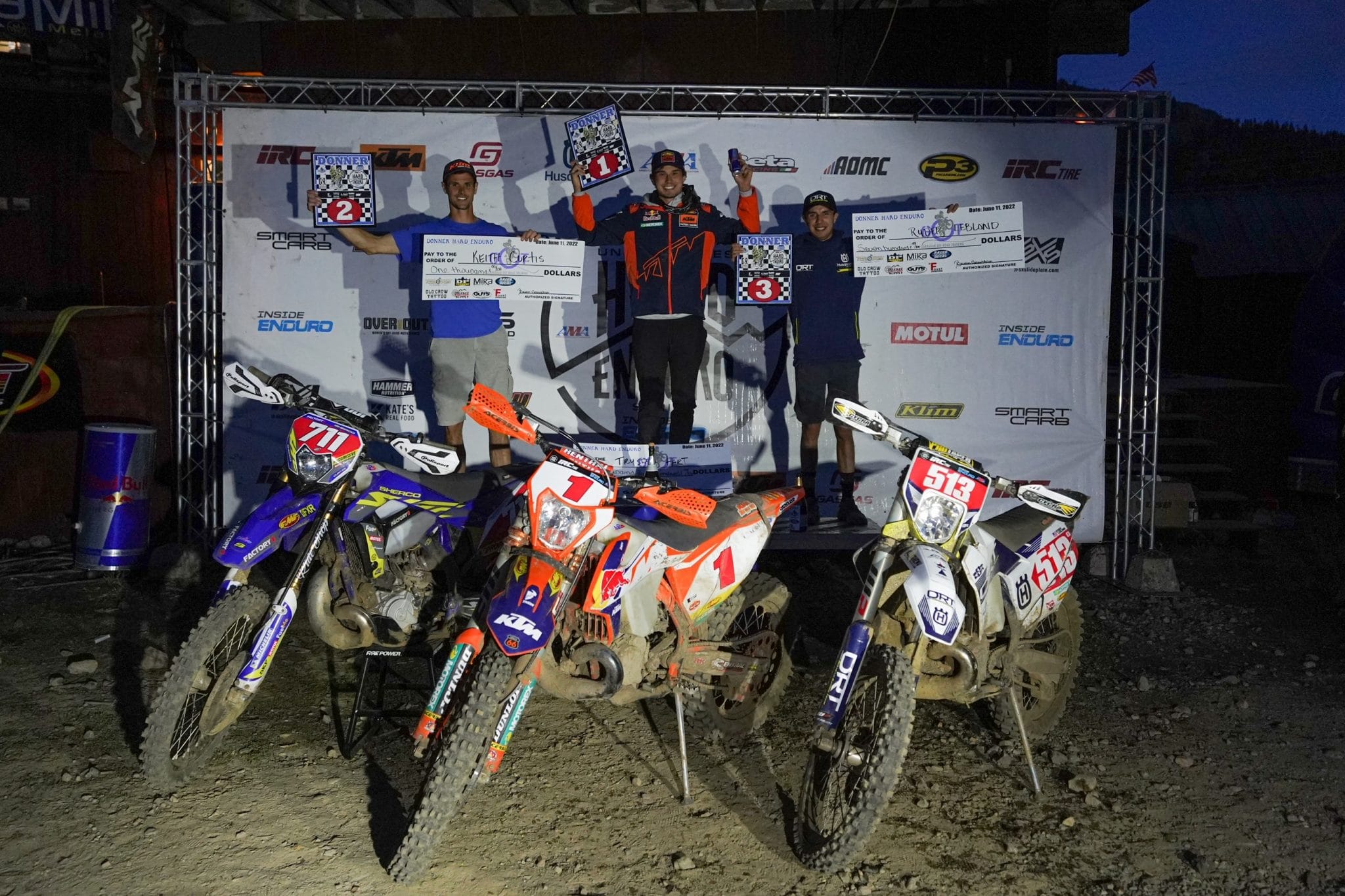