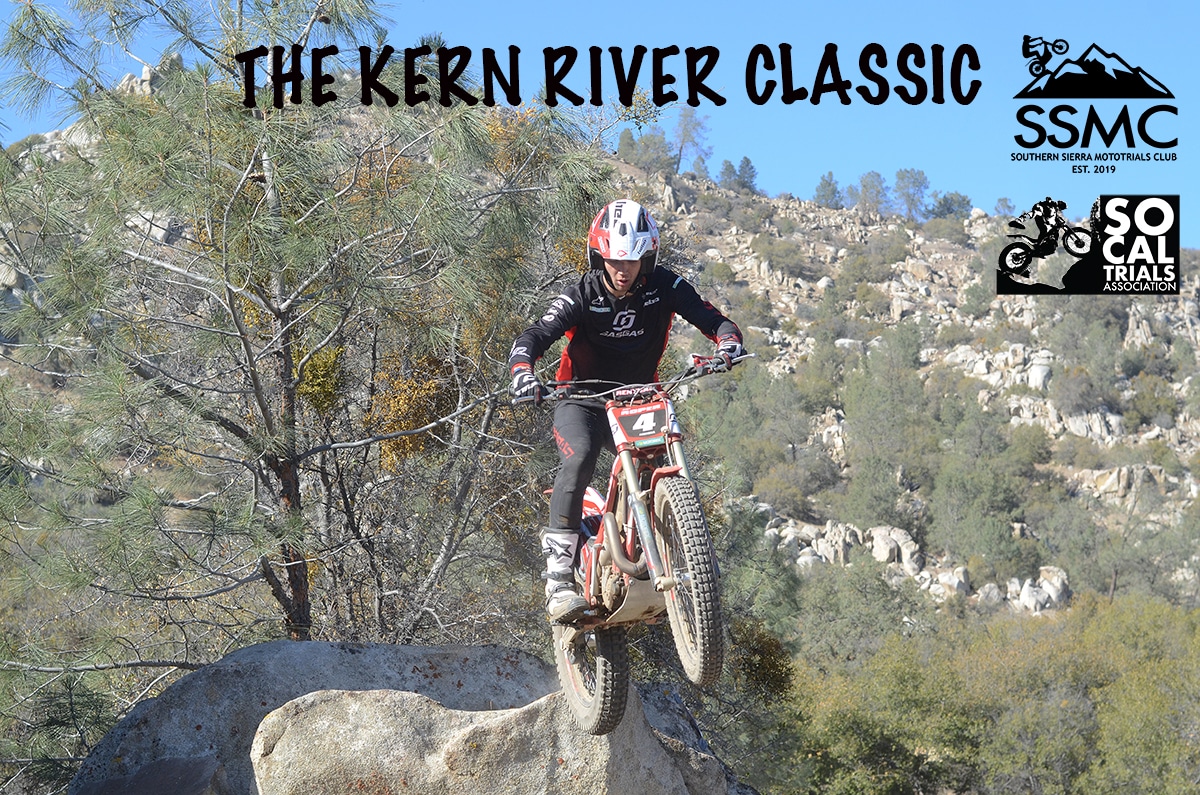 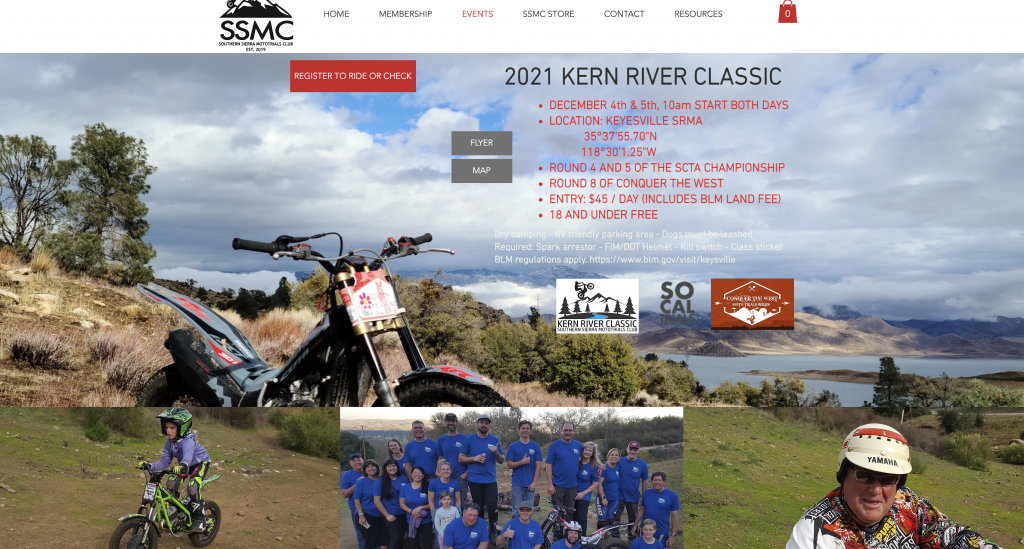 At a time of the year when most forms of racing and competition have closed down for the holidays, the SCTA (Southern California Trials Association) is in the midst of its championship series. We had the weekend free to compete in rounds four and five of the series and came away all smiles. The event was put on by the Southern Sierra Mototrials Club led by Scott Head in the mountains around the Kern River valley in Keysville, California. The competition was well organized with ten strong sections each day, with three loops. The event was sponsored and well supported by the brands GASGAS, Beta, and Vertigo plus a host of great riders who made the trek to Lake Isabella.

Newly signed GASGAS rider Josh Roper made the trip down from Arizona with his minder Nigel Parker. Vertigo rider Dalton Land was among a small list of the pro riders as was Beta USA’s Cole Cullins. Tim Pilg who is the president of Beta USA even made an appearance in the advanced class on his Beta Evo 250. Sherco’s Louise Forsley was in attendance and riding well as usual. GASGAS USA’s very own Geoff Aaron is a regular at these events with his two sons’ both Murphy and Beckett competing over the weekend. The young Aaron brothers are gaining more talent by the minute, and it shows each time they ride.

We give a huge shout out to Geoff Aaron and GASGAS USA as they provided Dirt Bike Magazine with the amazing opportunity to test two brand new 2022 GASGAS TXT Racing trials machines. Both a TXT Racing 250 and 300. The machines proved to be race ready right out of the box requiring very little set up to feel comfortable for two days of competition. I usually ride the expert class and we had a great battle as usual with GASGAS mounted Brad Hannon taking the win both days and Louise Forsley and myself rounding out the top three positions in the expert class. Everybody was all smiles and were pleased with the sections. All the pro riders are extremely talented but Josh Roper rides at a national level. So, the organizers designed his very own line called the “pro plus” line to provide an extra challenge for him. Josh naturally won as nobody else attempted his line. The other pro riders rode the regular line originally designed for them with Cole Cullins winning Saturday and Nigel Parker taking the win on Sunday. All are amazing riders to watch and learn from.

On Saturday I opted to test the TXT Racing 250 first so that way on Sunday I could feel the difference in power between the two bikes. Warming up on the 250 I was quite surprised by the power the machine had. I have a Beta Evo 250 and the GASGAS machine was quicker revving and features a meatier powerband in comparison to my personal machine. The smaller bore bike was more than capable to take on the larger hits and rocks you encounter in an expert or pro class setting.

On our last test bike from GASGAS the rear shock had felt a bit stiff for me as I’m lightweight, but no such problem this time around. Both bikes use an Ohlins rear shock and Tech front forks. The suspension ends provide excellent rebound for hopping the bike, yet enough hold up to not bottom on big drops. The machines use Braktec hydraulics, the brakes are strong yet progressive, while the clutch is by far the best out of any trials machine. We have tested many others and never have I felt a more consistent clutch. The engagement is always the same no matter how much you abuse it or how hot it gets. It feeds in and out smoothly with no lurching or mishaps. At the end of the day, I feel like the TXT 250 would be a much better machine for a rider looking to get into the sport. Not that it can’t handle what a pro level rider demands, but it has a less intimidating powerband. It is quicker revving than a 300, but the power builds more smoothly and is less aggressive when you blip the throttle. It’s less likely for you to get into trouble, but still provide plenty of room for your skills to grow into.

Jumping on the 300 Sunday pointed out where the differences really were between the two bikes. The chassis and suspension are all identical, but the 300 motor is magic. For anybody riding expert or pro the 300 makes larger rocks and obstacles much easier to tackle. The power is so strong down low it makes getting up an obstacle from a dead stop much less demanding. I was also able to use 2nd gear a bit more when I wanted to make more traction and keep the rpm’s down on the bike. The powerful yet controllable bark the 300 provided made hopping the bike on the rear tire easier when required. Also, as with the 250 the clutch was unreal and provided us with superb precision and consistency throughout the entire event. Amazingly the bikes didn’t require a single adjustment to the carburetion, they ran crisp and never missed a beat. Both machines are ultra-smooth with very little vibration. The Michelin tires are standard and are excellent, as they will claw and grab traction anywhere.

We’ll have a more in-depth race test on the machines with specs and technical info in an upcoming issue of Dirt Bike Magazine. Keep your eyes on the SCTA trials website for a schedule of upcoming events. If you have any questions or thought of getting into the sport one of these events would be a great place to start. You’ll meet an amazing group of people and see just how family oriented the sport of trials really is.