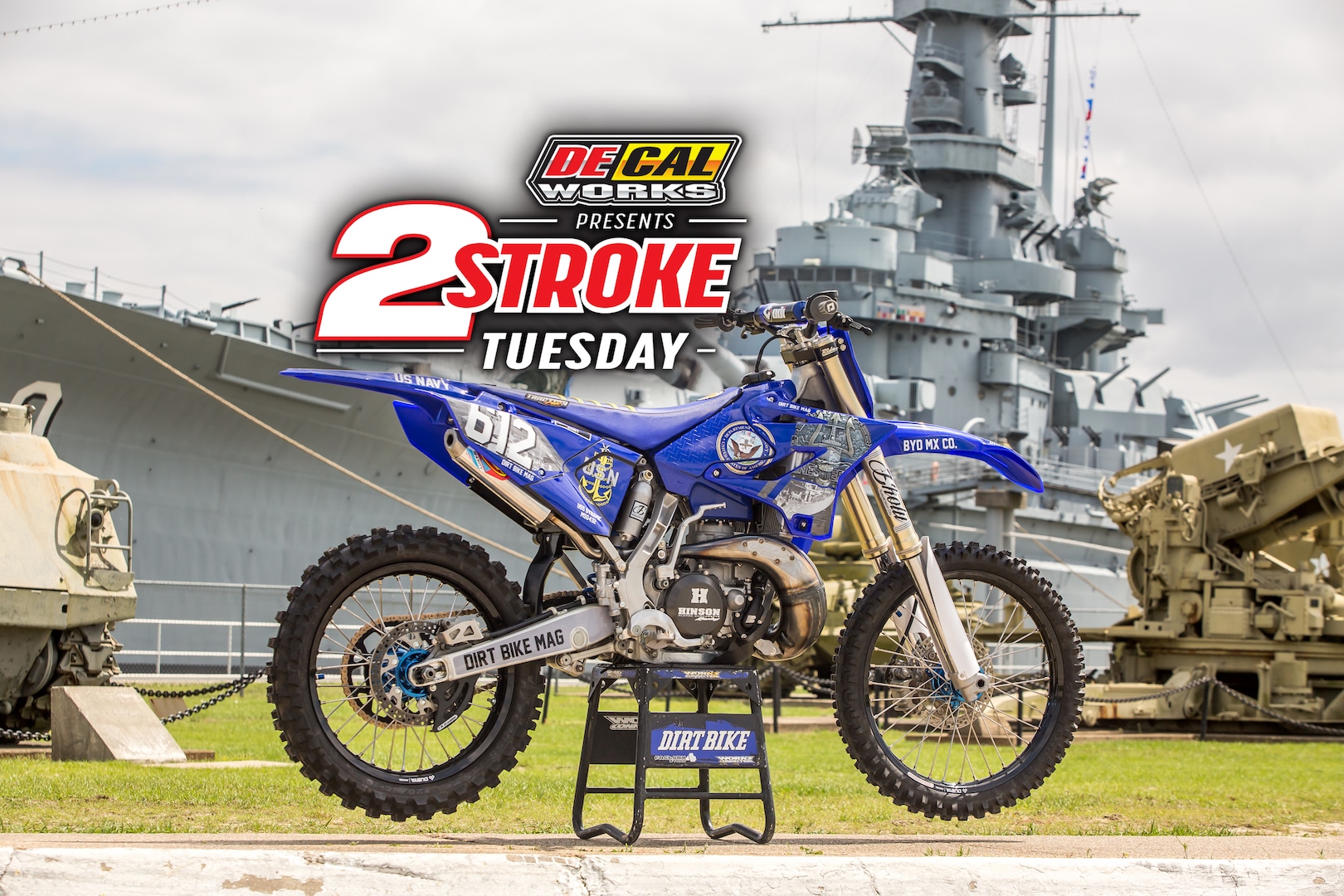 This week’s Two-Stroke Tuesday is all about our Video Department head honcho Travis Fant and his Minesweeper 2005 Yamaha YZ250 build. Not only is the reason he built this bike a cool but the machine looks amazing! Below Travis gives us some insight on the build process and the inspiration behind it all. Some of the companies involved on this build include Ekolu Suspension, Backyard Designs, Traction MX, FMF, Boyesen, Maxxis Tires, Dubya USA, ODI, ARC Levers, Ride Engineering, TM Designworks and Specbolt.

I bought this 2005 Yamaha YZ250 two stroke several years ago. My intentions were to ride it until it blew up. After a year of hammering it in the hills of Southern California the YZ finally met its fate. I have always had a soft spot for the Military, American history, and my dad’s stories from his time in the Navy.  This is where the MINESWEEPER theme came from. A bike built with a story behind it and a tribute to those who sacrificed their lives so our freedoms would be protected. 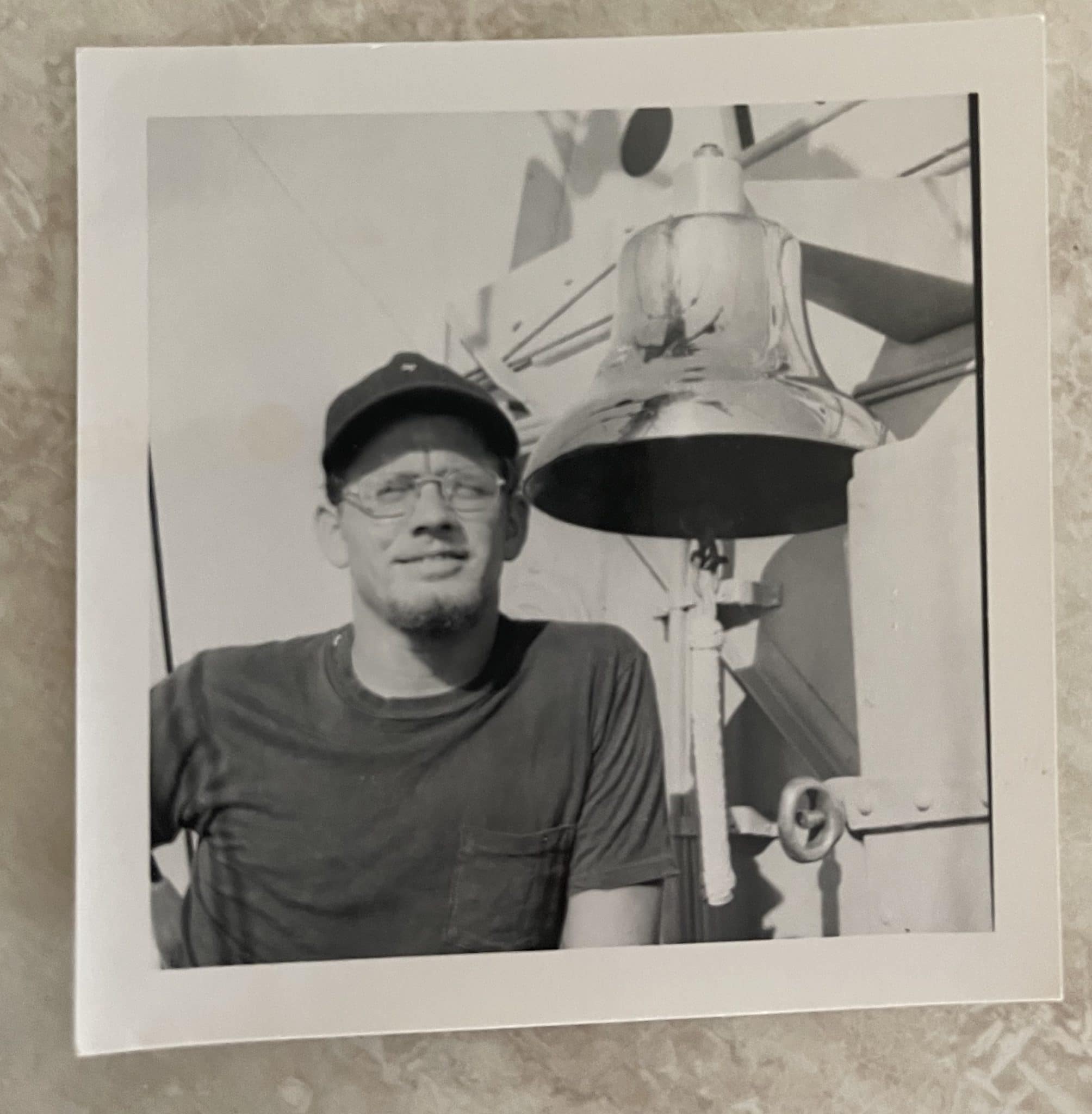 My dad (Tom Fant) is a Vietnam Veteran. He was a Signalman 2nd class E5 on the USS Dynamic MSO432 starting in 1967. He did 3 tours in Vietnam and was a part of 5 campaigns during the war. Minesweepers were the smallest ships in the US Navy. Wooden decks, no GPS, or computers like the advanced ships that protect our seas today do. “Wooden Ships,Iron Men” The ship didn’t even have washer machines and everyone would throw their clothes over the side of the ship for hours only to have them feel stiff and sticky when they put them back on. Duties of a Minesweeper were varied. Obviously it was to clear mines so Destroyers and larger ships could have safe passage. During Operation Market Time MSO432 searched all vessels from Danang to the DMZ looking for contraband but mainly weapons of all types. Normal patrols would last 30 days but one in particular lasted 82 days! Most of these patrols were 1 to 2 miles offshore so Minesweepers saw “The Big Show” especially at night. MS0432 also conducted aircraft salvage on numerous occasions due to their unique type of sonar they had. While my dad was on board they swept 3 live mine fields at the Qua Viet River basin. MSO 432 popped three active 500lb mines. Think of that would do to a 172 foot wooden ship! This sweeping operation earned my dad the Combat Action Ribbon with a gold star. 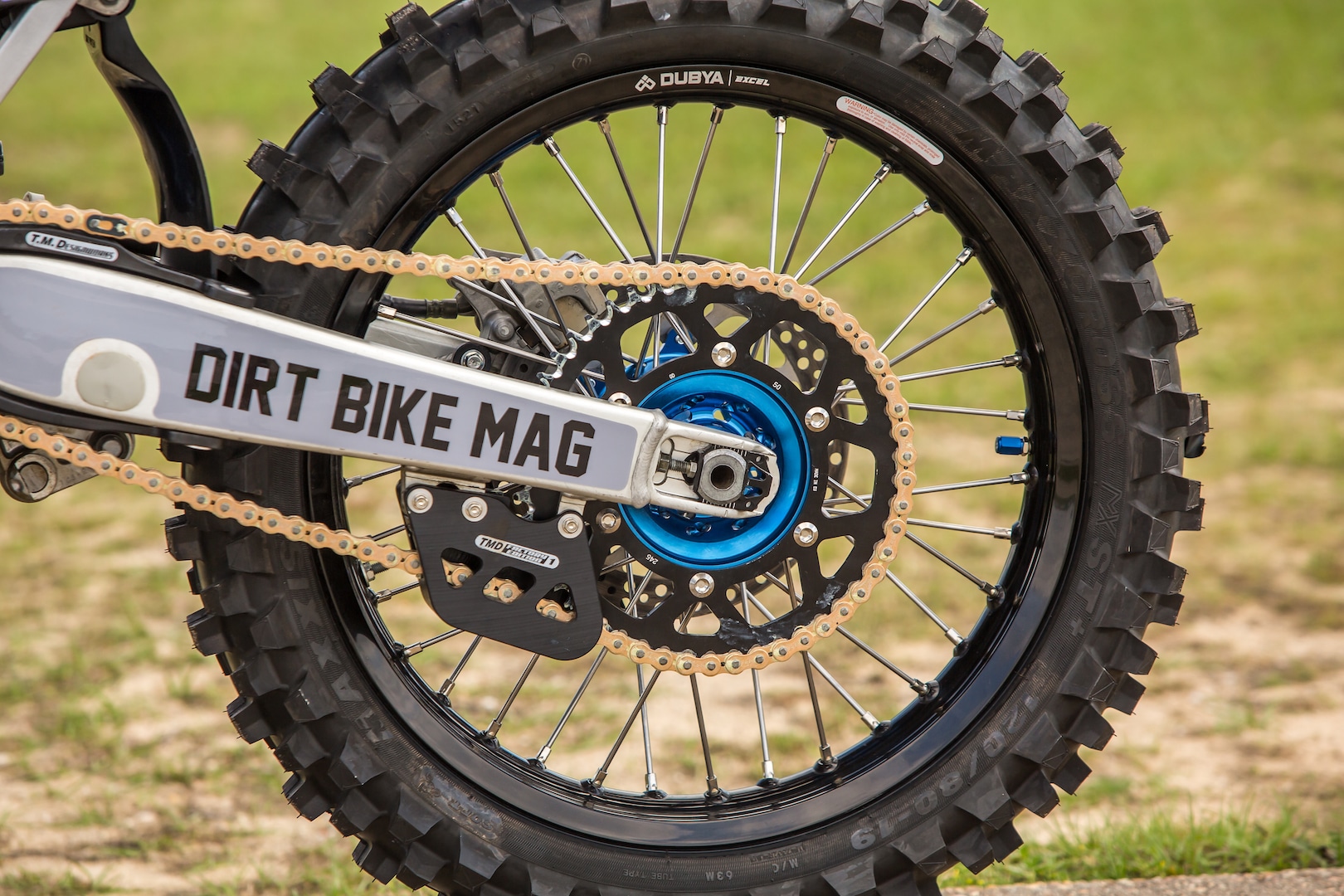 The OEM wheels were hammered so we replaced them with a set of Edge Wheels from Dubya USA and wrapped them in Maxxis Tires. Supersprox and TM Designworks also helped upgrade the drivetrain. 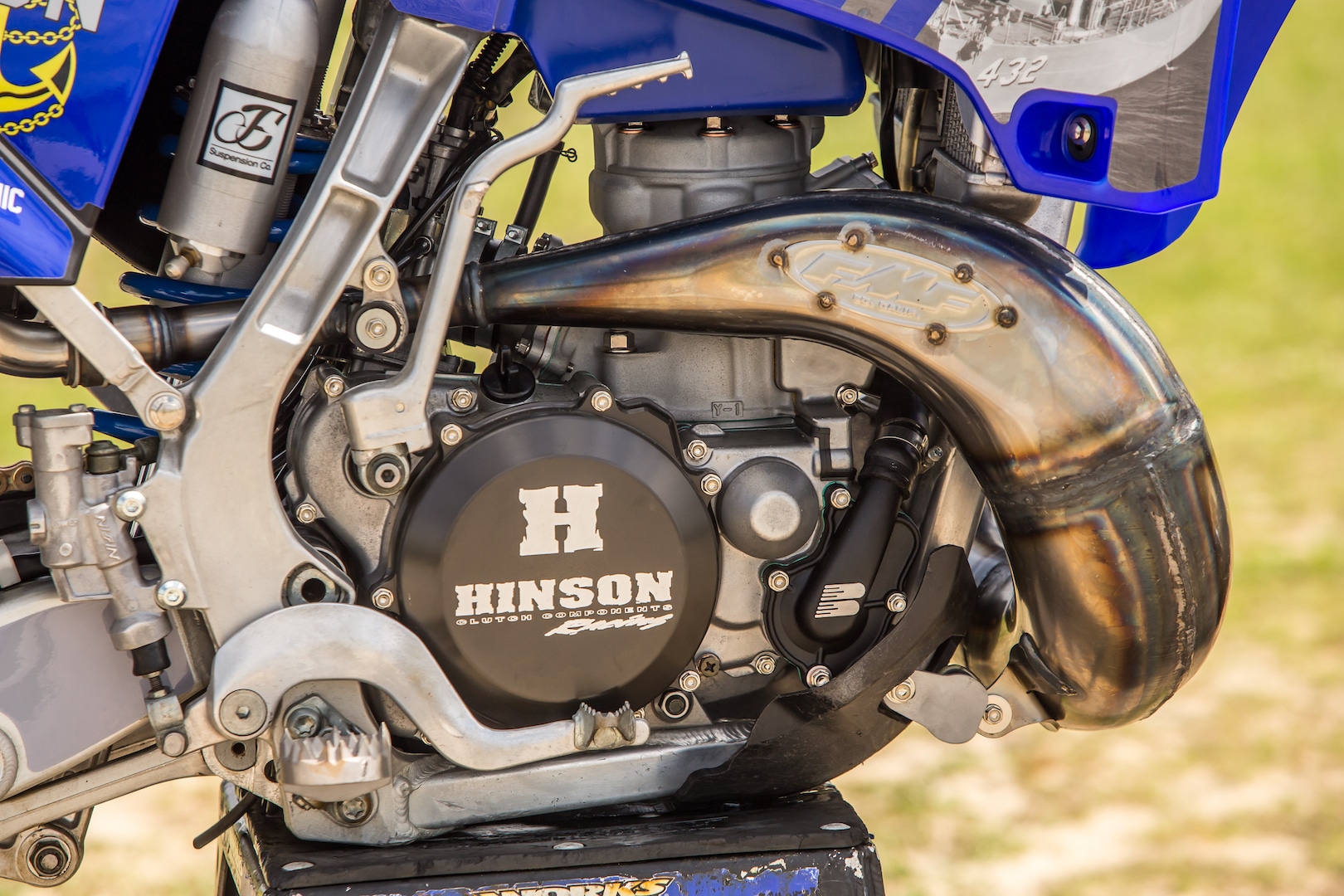 The engine was shipped to Corona, California where we had Para Pros work their magic. All Balls bearings replaced all the worn out bearing, Yamaha provided a lot of OEM components and Millennium Technologies cleaned up the cylinder. We added a complete Hinson clutch and clutch basket to the bike. A Boyesen Rad Valve, with carbon Reeds and X Wing were thrown in for better throttle response. Boyesen also provided one of their trick Super Coolers. Building this bike in the midst of a plandemic was difficult. Specbolt sent us a complete Nickel Works bolt kit. These kits come labeled and make it really easy for installation! All the old 2005 hardware was replaced on the engine and entire motorcycle. 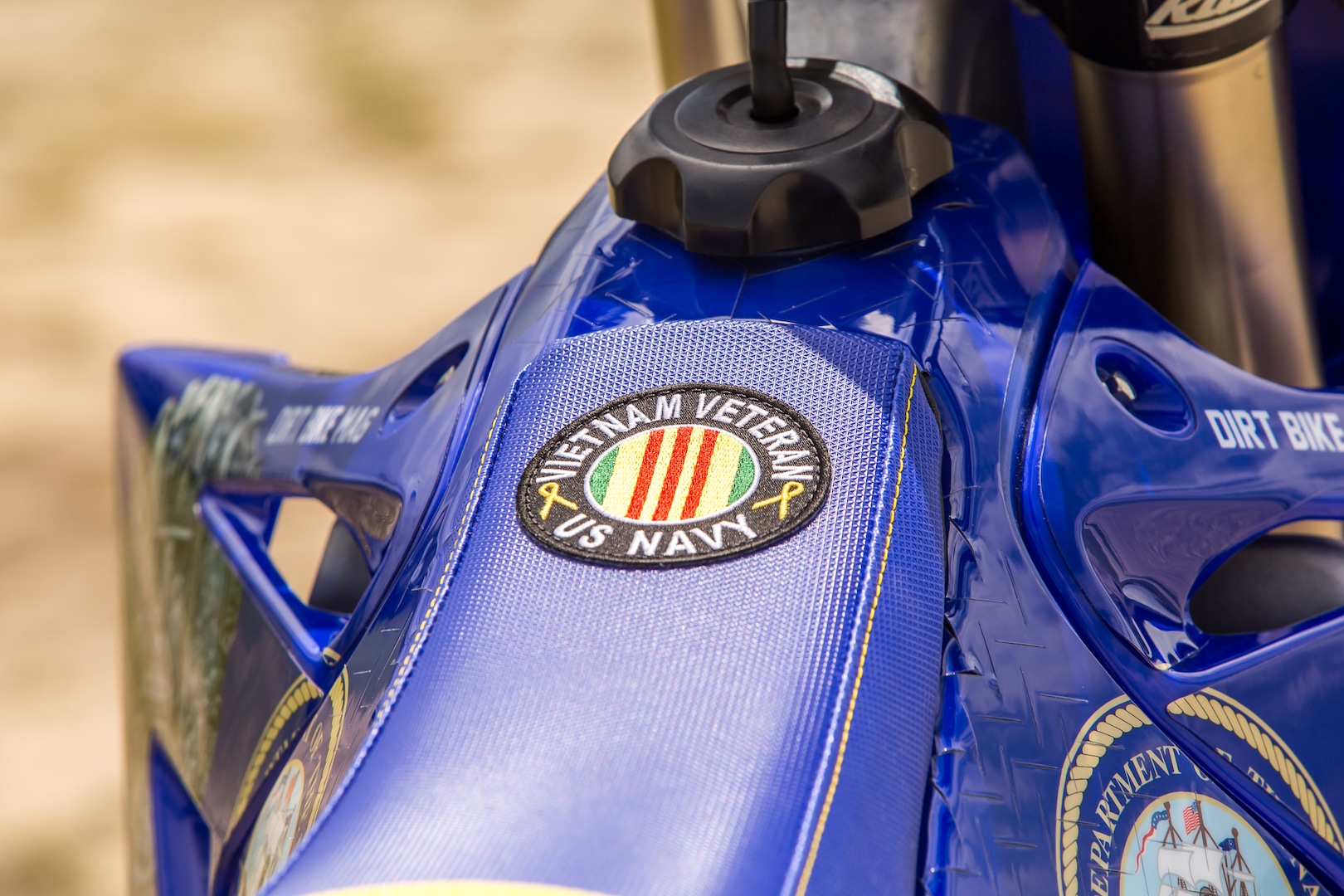 Pete from Traction MX made this custom seat cover for the build that blew us all away! 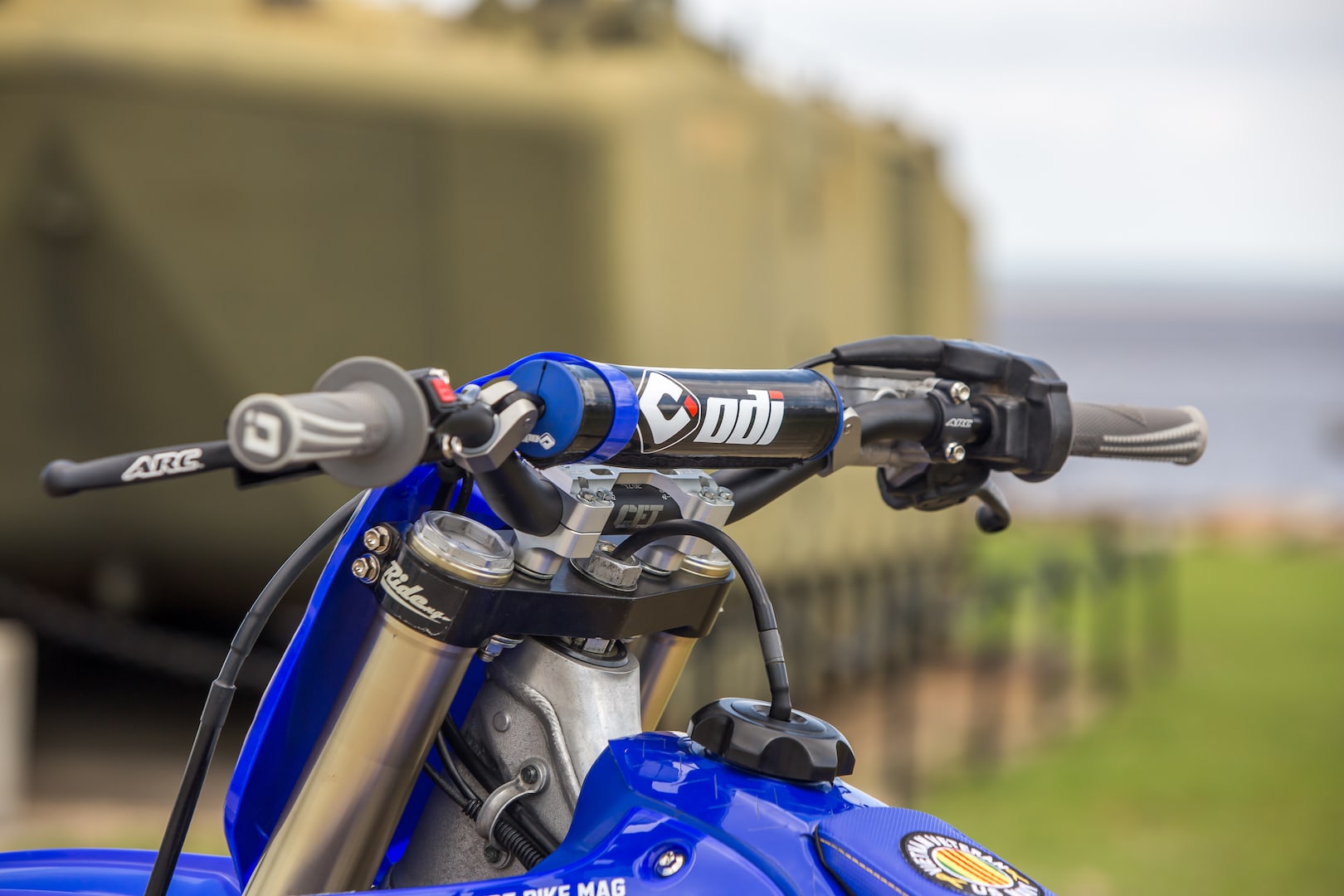 ODI CFT handlebars, ARC levers mounted up on a set of Ride Engineering black triple clamps ready for action. We sent the front forks and shock off to Ekolu Suspension in Murreita, California to get it tailored for my riding abilities, receive new internals, add a new blue rear spring, and make this bike feel like a more updated machine. 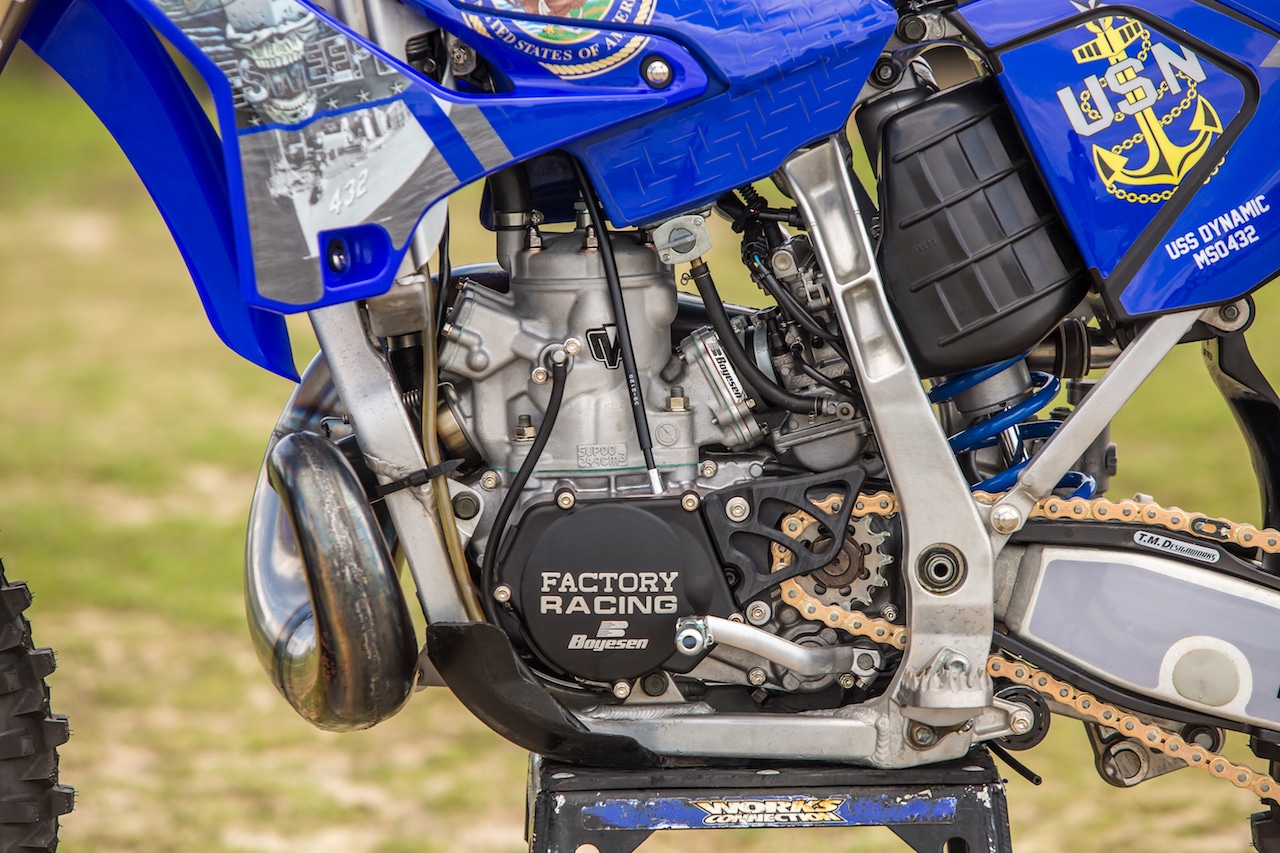 A lot of time and energy spent by myself and the rest of the Dirt Bike Magazine crew to make this happen. Yamaha got on board and supplied a lot of parts during the plandemic when things were scarce. This bike was built to ride and built to honor Vietnam Vets in the US Navy. A thank you to those who ran towards harm’s way so our country remained safe. The outlook of Minesweepers in the US Navy is bleak but there will always be at least one left. 2005 Minesweeper Yamaha YZ250 built by Dirt Bike Magazine. 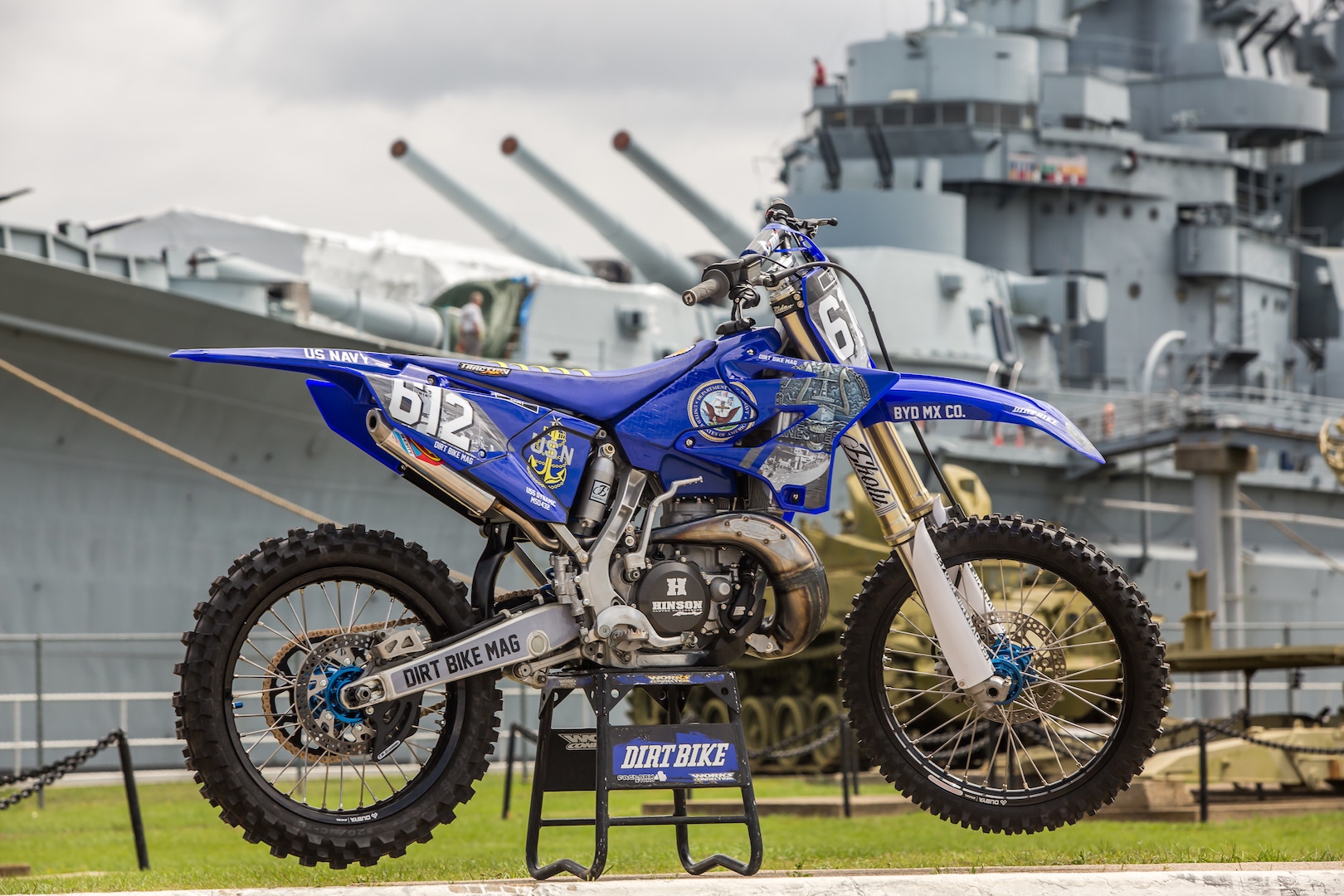 When it was complete we took our Minesweeper build to the USS Alabama in Mobile, Alabama for photos and video. Funny enough, this wasn’t the first time a video has been shot with the battleship. If you are old enough to remember the movie Under Siege starring Steven Seagal and Tommy Lee Jones you’ll recognize this ship. The majority of that film from the 90s was shot on the USS Alabama. 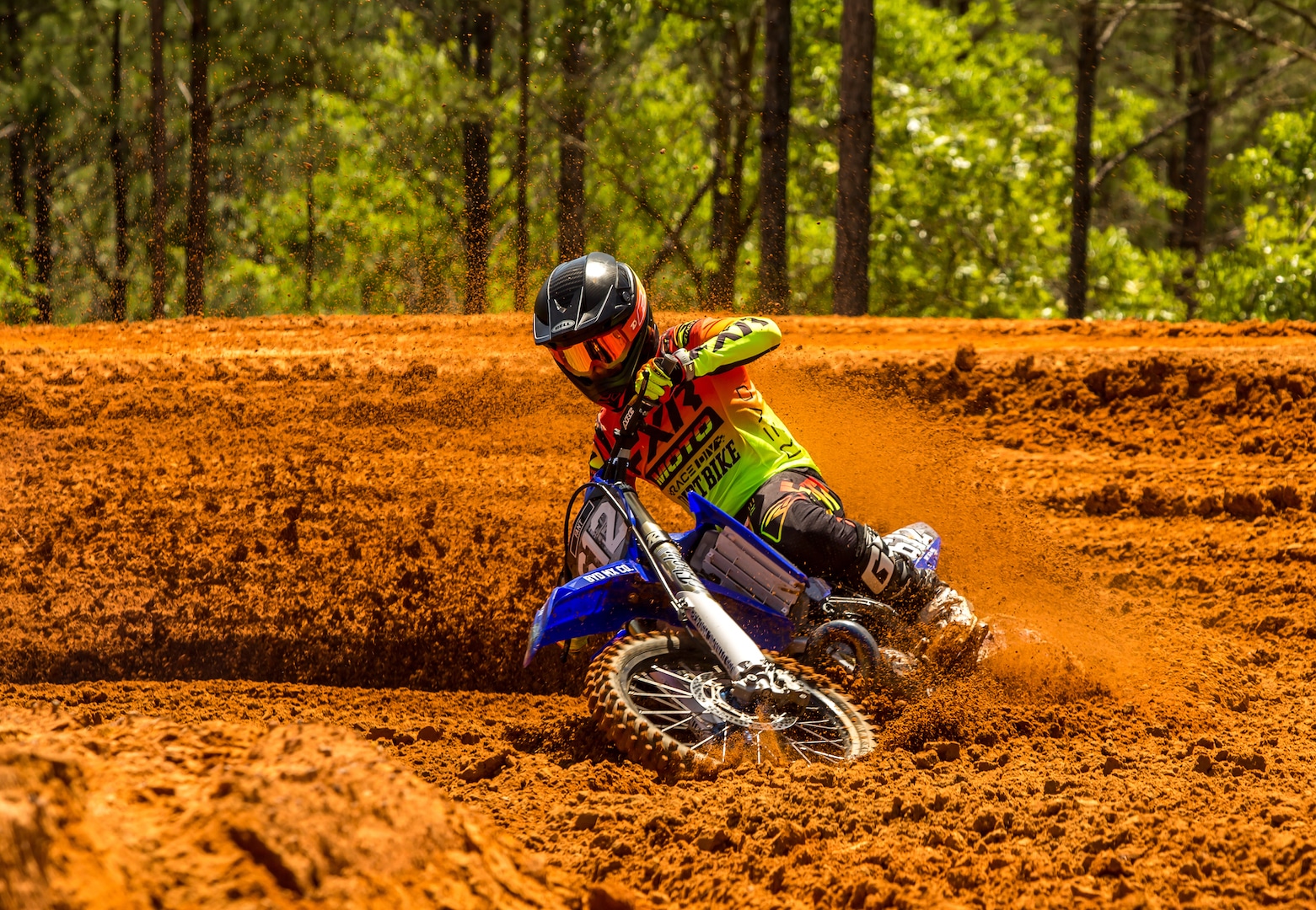 Our testing grounds for the Minesweeper was at MX191 in Milton, Florida. This is a track I am very familiar with and ride when I am home with my family. On the track the bike performed beyond expectations. When bikes are torn apart and shipped off to multiple hands at once for fixing you never quite know what you are going to get back. It’s a puzzle piece and sometimes the pieces come together like a glove.

Stay tuned for a couple videos and a full story in an upcoming printed issue of Dirt Bike Magazine.