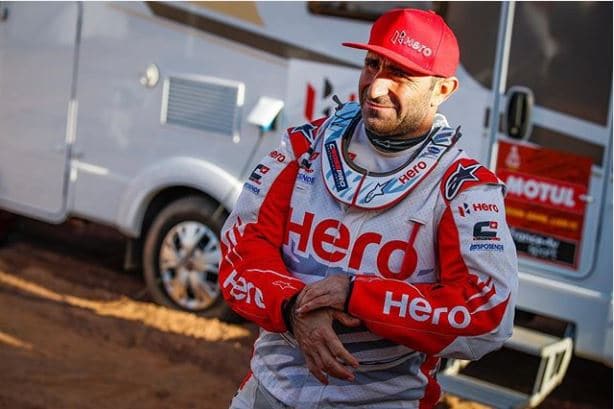 ASO, the organization  controlling the Dakar rally, today announced that veteran  rider Paulo Gonçalves of the Hero Factory team has passed away after a crash, 276 kilometers into today’s special. The organizers received an alert at 10:08 and dispatched a medical helicopter that reached the scene at 10:16 and found him unconscious after going into cardiac arrest. Following resuscitation efforts in Situ, Goncalves was taken by helicopter to Layla Hospital, where he was sadly pronounced dead.

The incident threw the seventh stage of the Dakar rally into confusion. Initially, Goncalves’ former teammate Joan Barreda on the HRC Honda team was pronounced the stage winner. Later, it was revealed that Kevin Benavides (also on the HRC team) had stopped to attend his long-time friend. Toby Price had also stopped for Goncalves, initially losing almost an hour of time. The organizers later revised the times and both riders were rewarded the time lost while assisting the downed rider, which is easily documented. After the adjustment, Benavides was given the stage win, Price was seventh.
The 40-year-old Gonçalves was taking part in his 13th Dakar. He made his debut in 2006 and had finished four times in the top 10, including an impressive performance as runner-up to Marc Coma in 2015. He was also the 2013 Cross-Country Rally World Champion. 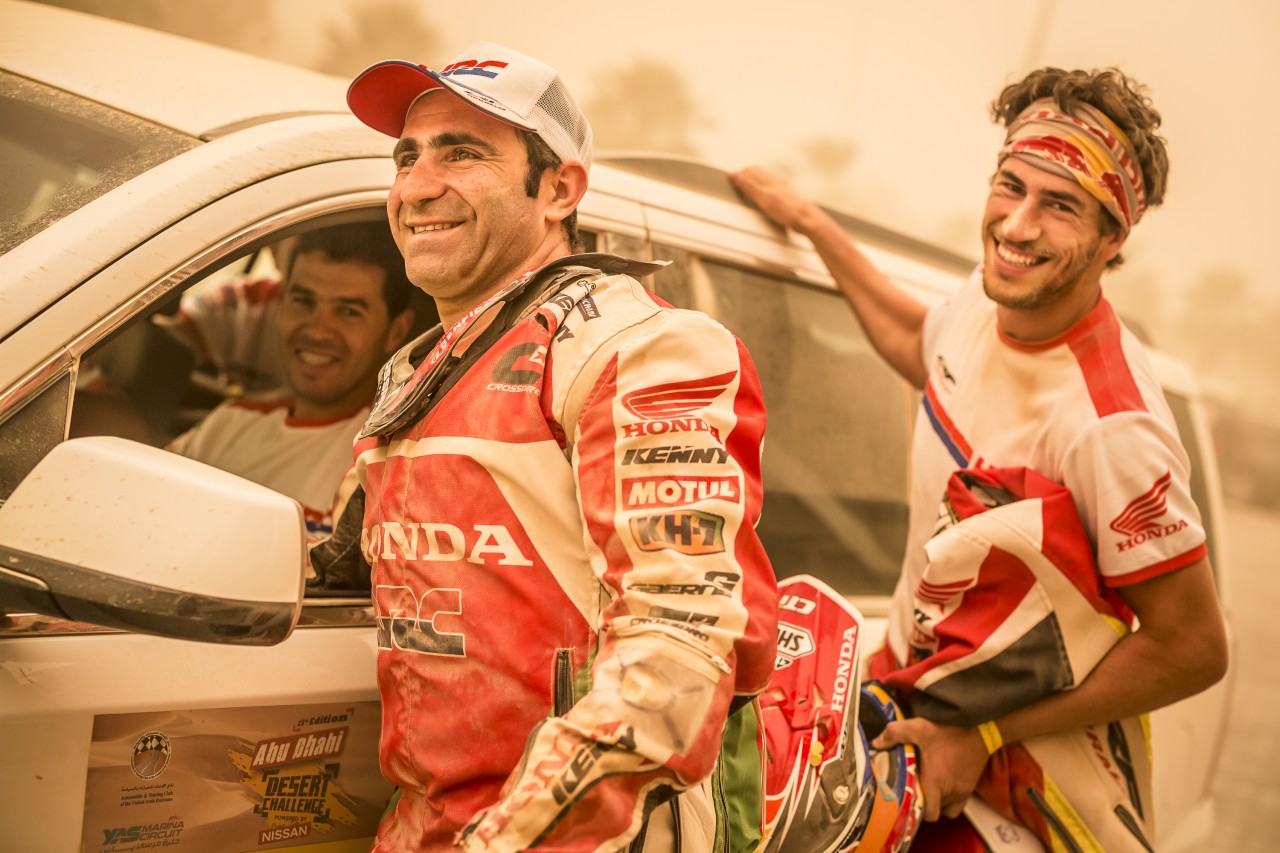 Goncalves and Joan Barreda in 2015.Ricky Brabec is still leading the rally overall, after finishing fifth in the adjusted stage results. He had spent many hours with Goncalves who was the leader of the Honda team for years. Ricky said this on Instagram:”Speedy, thank you for the memorable laughs, times, jokes, and most of all your friendship. On this day from here on out, millions of us will never forget…. duuude. Prayers from ALL of us to your family and children.”