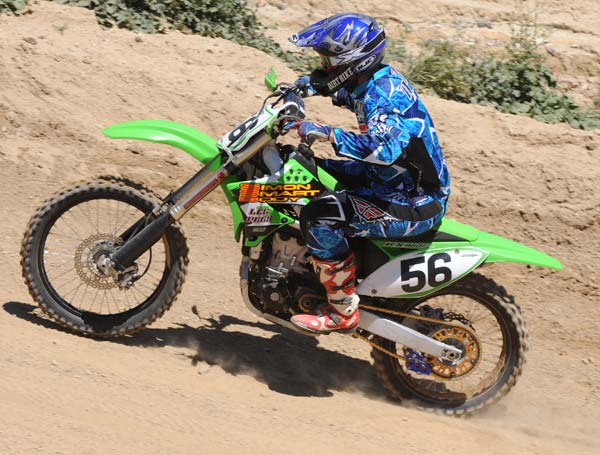 The Simon Smart Body is finally in a production version and we got to test it yesterday. After seeing it and riding with it, we can attest that all aspects of it, from visual, to fit, function and especially the way it runs, are all dramatically improved over the prototype version we tested in the March issue.

We asked Dave Simon what led to such a big improvement from the one tested before?  ‘The one that was tested before used a lot of purchased parts that were modified to work as well as needed. This just proved the theory worked. After everyone really agreed it worked, it was worth it to put the time in to make everything in house. Now you could change the shape of the throat to the way you knew it worked the best and design the rest of the parts to work with the throat shape.

“A lot of little things fell into place as well, that ended up letting us make big improvements. Things like the hard Teflon coating process on the slide and wear plate. This allowed parts to be smaller, yet still have no friction, and great wear properties. There were still things to sort out with this, since you were now making your own parts and this ended up taking time. There were so many people on the waiting list from that first story who would have been happy to get that thing. They had no idea they would get this instead. Even I didn’t realize how well it was going to turn out and especially, run. I ran it on the dyno, with the air/fuel meter hooked up to it, versus the stock throttle body. When the two runs popped up, I couldn’t believe it. A big horsepower gain at redline and it’s running at least 5% richer at the same time. You mean it will even get better when I lean it out! But this is what it felt like riding it, and was even smoother and more controllable on the bottom than the prototype. Even the high intake velocity ended any chance of flame out and let you run quiet, plugged up mufflers with no loss in power to speak of. It was perfect, it was done, it was time to call the people on the waiting list.’

It must be mentioned again, that you need to send in your existing throttle body, fuel line and ECU to SSB. Then the sensors are transferred to the SSB, the TPS set correctly so the whole system will work, the fuel line lengthened and the ECU reprogrammed. The price has been finalized at $595.

Here is the dyno showing the difference on the KX450F equipped with  the SSB throttle body and a FMF Power Bomb and 4.1 rear exhaust and a stone stocker.  The Blue line is the SSB equipped machine.

When we tested the quieted down FMF unit (94 db) the power felt super strong, maybe a bit tamer down low but still much quieter and more powerful than a standard machine.

On the track the new SSB machine not only makes big power, but it’s more tractable, easier to manage and doesn’t stumble at slower speeds. The big news also came when we tested a very closed up exhaust (and FMF 4.1 with a quiet insert that brings the decibel level down to 94) and the power remained incredible while the normally obnoxious KXF had a very palatable exhaust note.