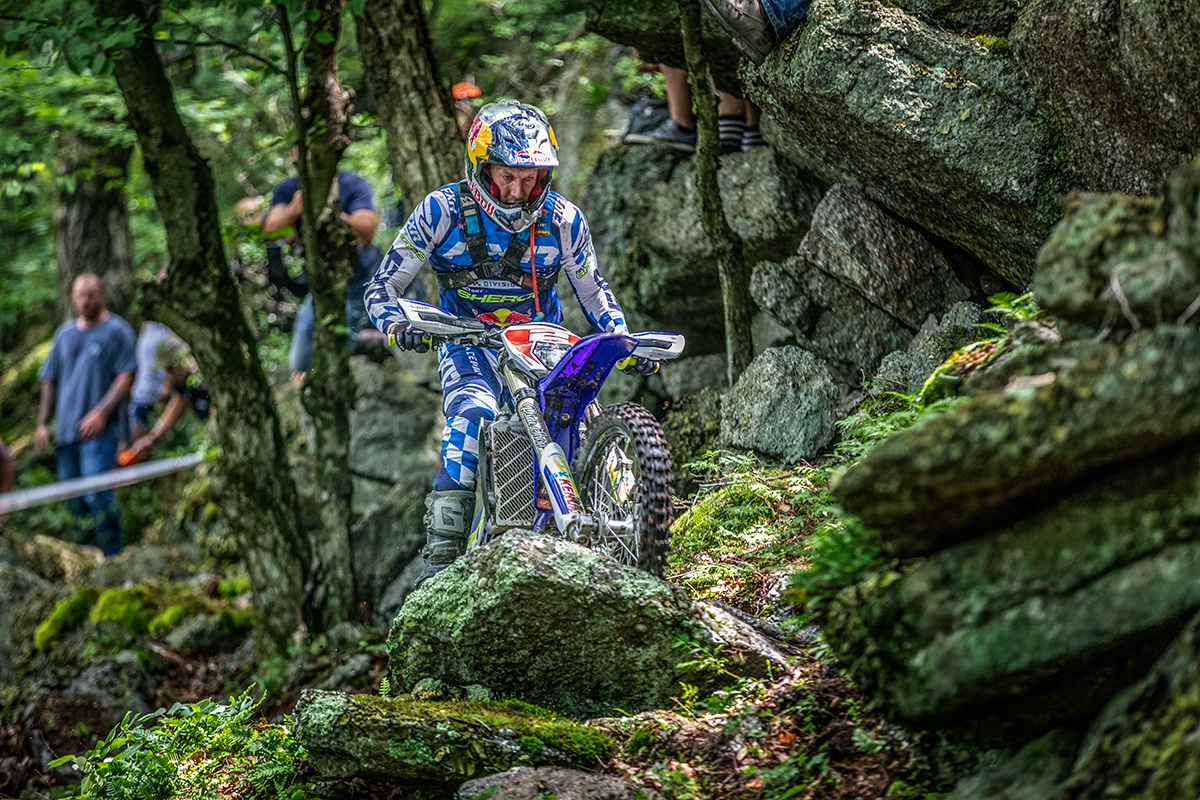 Pennsylvania’s Tough Like RORR is considered one of the toughest Extreme events on the schedule and features a three-race format, with two 20-minute qualifying races on Saturday and one big Main Event on Sunday. With rainfall coming down just prior to the start of the race on Sunday, the Main Event got off to a slick start and it only proved to be more challenging as the race wore on. The main event course, which combined the previous day’s loops plus more, delivered plenty of rocks and technical sections and the riders had five hours to complete the two-lap race.

Cody Webb, Trystan Hart and Colton Haaker would battle early before Webb and Hart began to distance themselves from the field.  Hart would take the lead from Webb about one third through the first lap. Webb would regain it just before the halfway point of the first loop. He would not look back from that point forward. After one full lap, Webb would have a 1:52 advantage over Hart. Behind them, Ryder Leblond would take over 3rd place and would cross the one lap mark 9:52 behind the leaders.

To show how fast Cody and Trystan were riding, they would finish the race while Haaker, Leblond and others were just passing through the half-way checkpoint of loop two. Leblond would finish 3rd a full 75 minutes adrift of Hart. The trio were the only ones able to complete the full two loops in the time allotted.