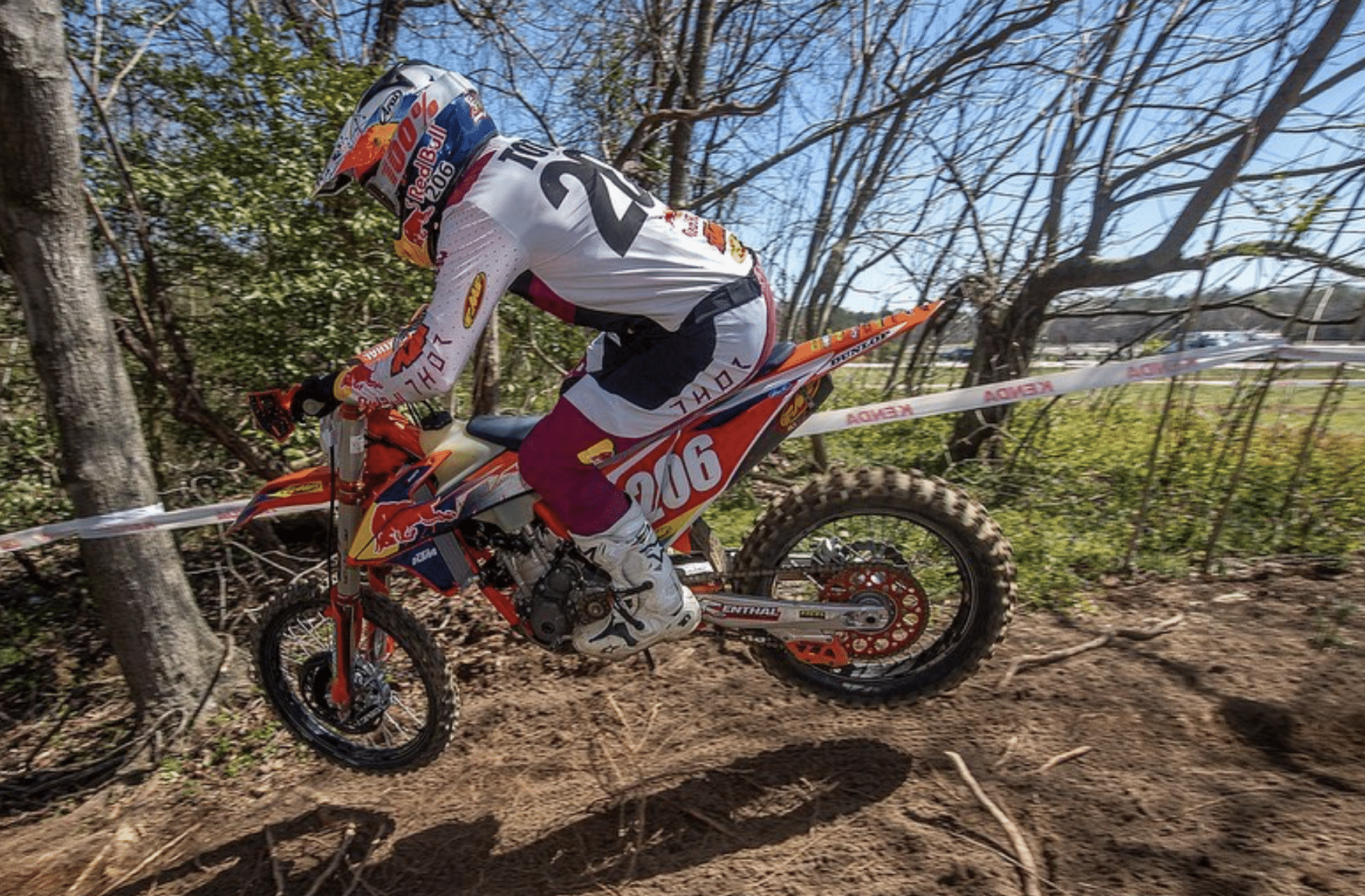 FMF/KTM’s Josh Toth and AmPro Yamaha’s Layne Michael locked horns at this weekend’s Olde Mill Farm Sprint Enduro, round five of the US Sprint Enduro Series in Charlotte, Maryland, the two riders splitting “day” wins in the Pro division. In the end, Toth took the overall win for the weekend, beating Michael by just under three seconds for the two days combined.

Michael eventually beat Toth by eight seconds for Saturday’s top Pro honors, however, Pro 2 competitor Cody Barnes (Phoenix Racing Honda) had both of the two front-runners covered, posting Saturday’s fastest “overall” time. It was Barnes’ first time to clock the fastest overall time for a full day. Barnes turned the quickest time in all three cross tests as well as in the first enduro test. At the end of the day, Barnes was six seconds quicker than Michael.

Toth came out swinging in Sunday’s first enduro test, beating Michael by 12 seconds to work his way back in the hunt for the overall. Michael won the first two cross tests, but by not nearly as much as he did on Saturday, as Toth was clearly picking up the pace in the cross tests. Heading into the sixth and final test of the day, Toth and Michael were virtually tied for the overall win, with Toth holding less than a second lead. Toth had won the previous two enduro tests on Sunday and he was quickest again in the final one, beating Michael by a little over two seconds and sealing the day win and the overall victory for the weekend.

A PERFECT HUSKY 501 DUAL-SPORT: THE WRAP