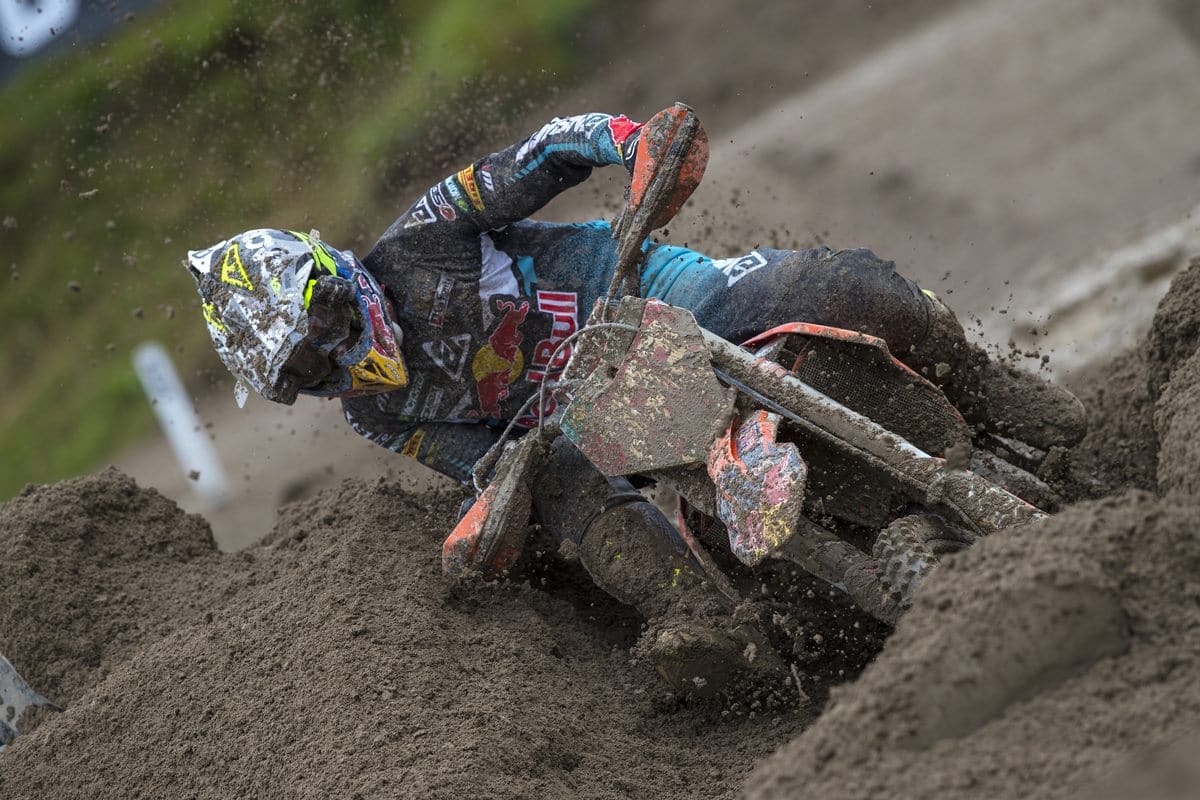 After taking time off letting the initial swelling subside in his injured right shoulder Tony Cairoli went back to the doctor for tests and the results indicated that surgery was required immediately ! Cairoli had initially hoped to continue racing in 2019 but damage sustained to the Subscapularis and Supraspinatus muscles was causing considerable pain.  Nine-time world champion Cairoli underwent a successful surgery performed by Tom Claes and is expected to leave hospital soon to begin his recovery that will take between three-to- four months. Cairoli will most likely miss the remainder of the 2019 MXGP season.

Antonio Cairoli said this when asked about his injury: “It is sad to finish the championship this way and it hasn’t happened too many times in my career. When I tried to ride last week I knew I had some problems but I wanted to stay positive about the recovery. I had more scans in Belgium and the injury was much worse that we thought so they told me to have surgery right away and it was the best solution to get healthy again in the fastest way. Thanks to the team and to the fans for the support. I hope to visit a few races before the end of the season and will now concentrate on getting better.”