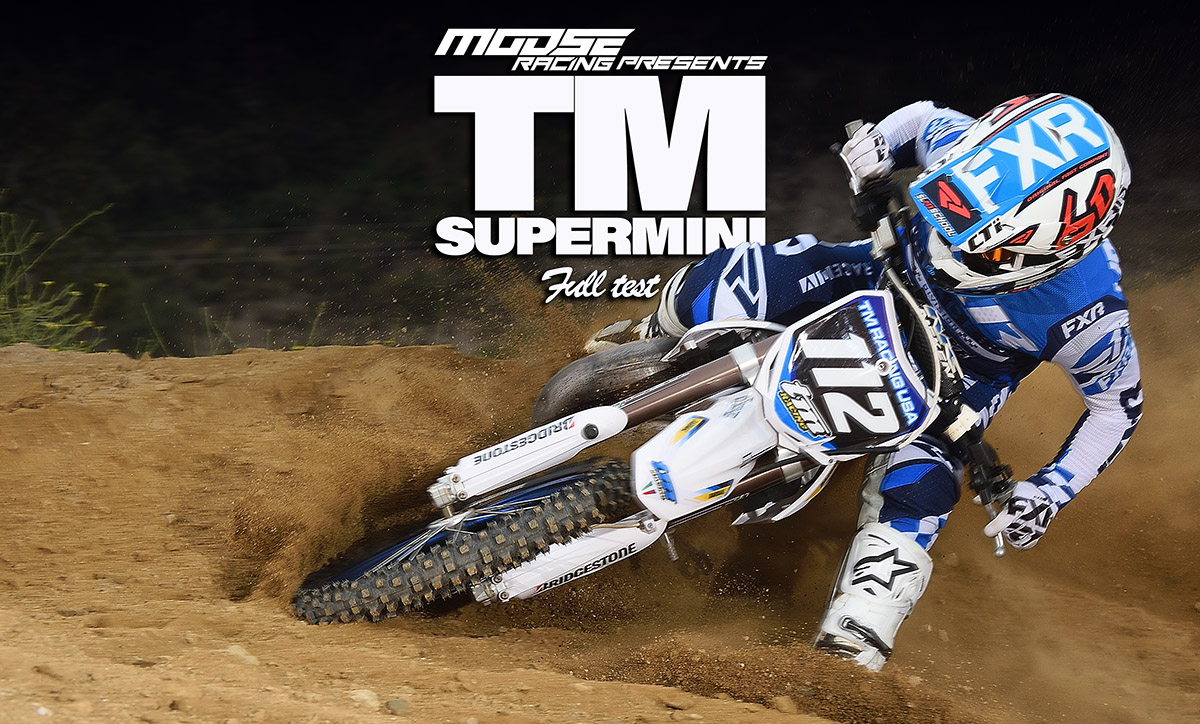 If you are involved in the 85cc racing world, then you know just how competitive and expensive it can be. Building a Supermini race bike can deplete a person’s checking account in minutes—and that’s if you can actually locate all the parts needed. TM Racing is a small motorcycle manufacturer located in Italy that has a huge passion for racing. As a matter of fact, most of the company’s research and development are done through its race teams around the world, so when TM announced the availability of a 112cc Supermini, we weren’t surprised but were definitely intrigued.

THE GOODS
This is the first year the 112cc model has been in production, and TM decided to release a very limited number of machines to the public for obvious reasons. The main frame, subframe and swingarm are aluminum, and are shared across the TM 85cc, 100cc and 112cc platform. Suspension components consist of an Extreme Tech rear shock that is completely rebuildable and features adjustable high- and low-speed rebound and compression damping clickers. Up front, TM uses a 39mm fork setup from another Italian brand, Formula.

Test riders felt that the overall handling of the 112 was similar to that of the 85cc/100cc models, but did notice a considerable improvement up front, saying the 39mm Formula fork worked better than the MUPO units available on the 85cc/100cc. TM didn’t cut costs in the braking department, using Brembo components all around. The front brake was bit on the mushy side, but we have also noticed that on full-size bikes using the same Brembo master cylinder. Bleeding the system usually fixes it.

The 112cc powerplant shares a clutch and transmission with its 85cc/100cc mini counterparts, but the main cases, crank, connecting rod, piston, cylinder, head, ECU, V-Force 4 intake and exhaust are all different. To get the 112cc displacement, TM uses the same cylinder bore as the 100cc model with slightly longer stroke numbers via the rod, crank and piston pin location. HGS makes the exhaust for the stock models, while other aftermarket manufacturers, such as Bill’s Pipes in the U.S., also have applications in already. 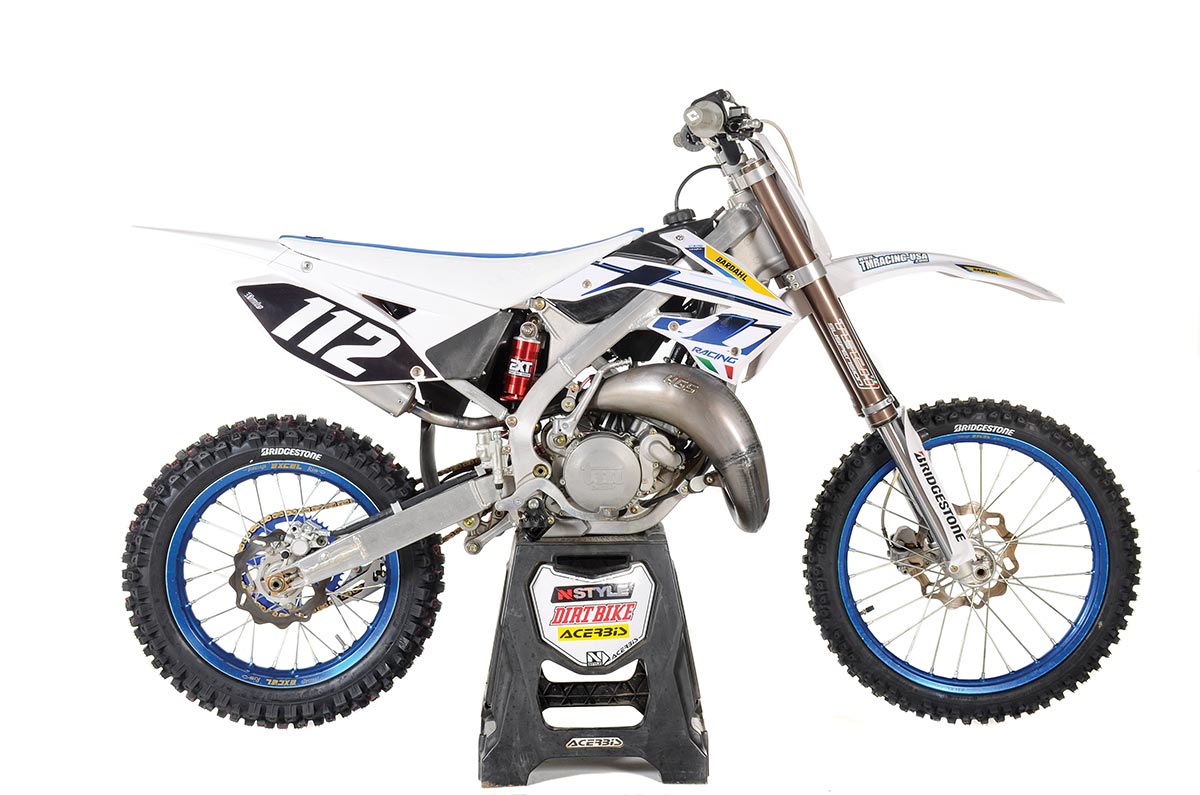 The 112cc engine has a completely different characteristic from the 85cc or 100cc model, coming on sooner down low, pulling harder in the midrange and signing off earlier. It’s going to sound a little odd for a smaller-bore engine, but it likes to be short-shifted and, if that is done correctly, it will carry the next gear without dropping major rpm. Stock gearing is 17/51, but we found that going down to a 50-tooth rear sprocket gave us a little more top end without sacrificing the bottom and midrange power.

THE SCOOP
As far as we know, TM is the only manufacturer to produce a Supermini model of this caliber straight off the assembly line as a production unit, and we applaud them for it. As we said before, TM does most of its R&D at the races, and that is the case with the 112 Supermini model. It’s a purpose-built race machine primarily for the U.S. market.

Is this bike going to turn your mini ripper into the next big thing on the racing scene? No, but it will give him or her a fighting chance and won’t cost you as much as building it yourself. Who knows? TM might start a trend among manufacturers making specialized race machines available to the public. It’s not likely, but it’s a step in the right direction.