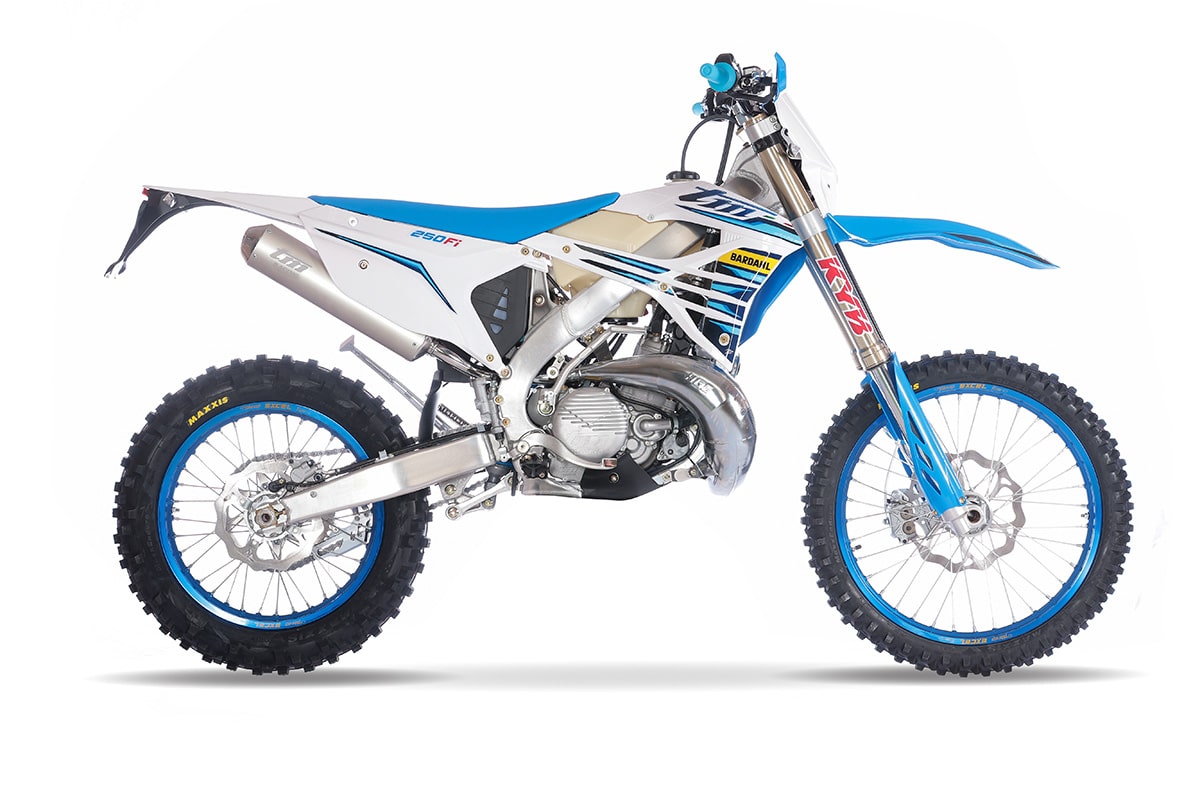 Each year, TM usually waits to announce all its motorcycles at the EICMA show, in Milan Italy. This year, TM didn’t attend, but had a virtual unveiling on the first day of the show. Here’s a look at the motorcycles that TM will be offering in 2022. 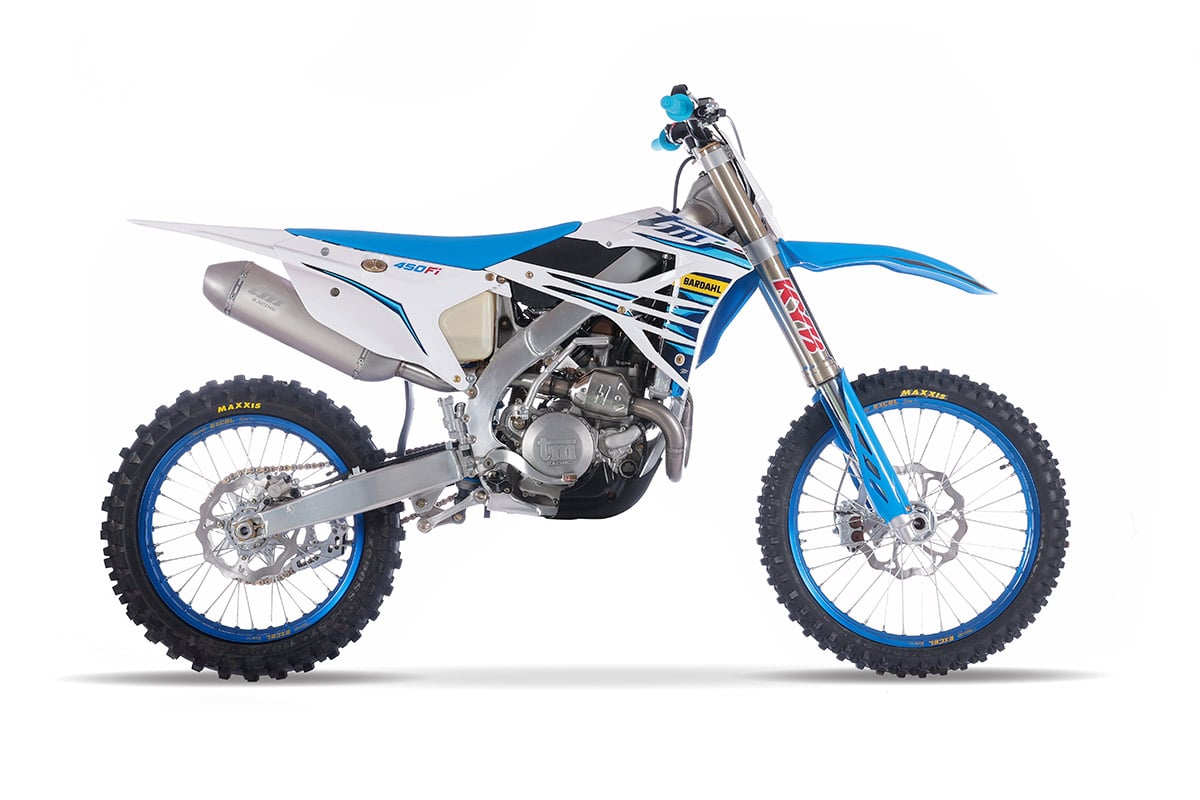 TM 450Fi ES: $10,995
TM is a tiny, family-run company in northern Italy that lives and breathes racing. The 450Fi has an unorthodox layout with the fuel cell located under the seat and the gas cap above the right-side numberplate. The airbox is located on top, much like that of a Yamaha. The TM’s frame is aluminum, and the suspension is KYB. If you really want power, the company offers a 530cc version for $10,995. 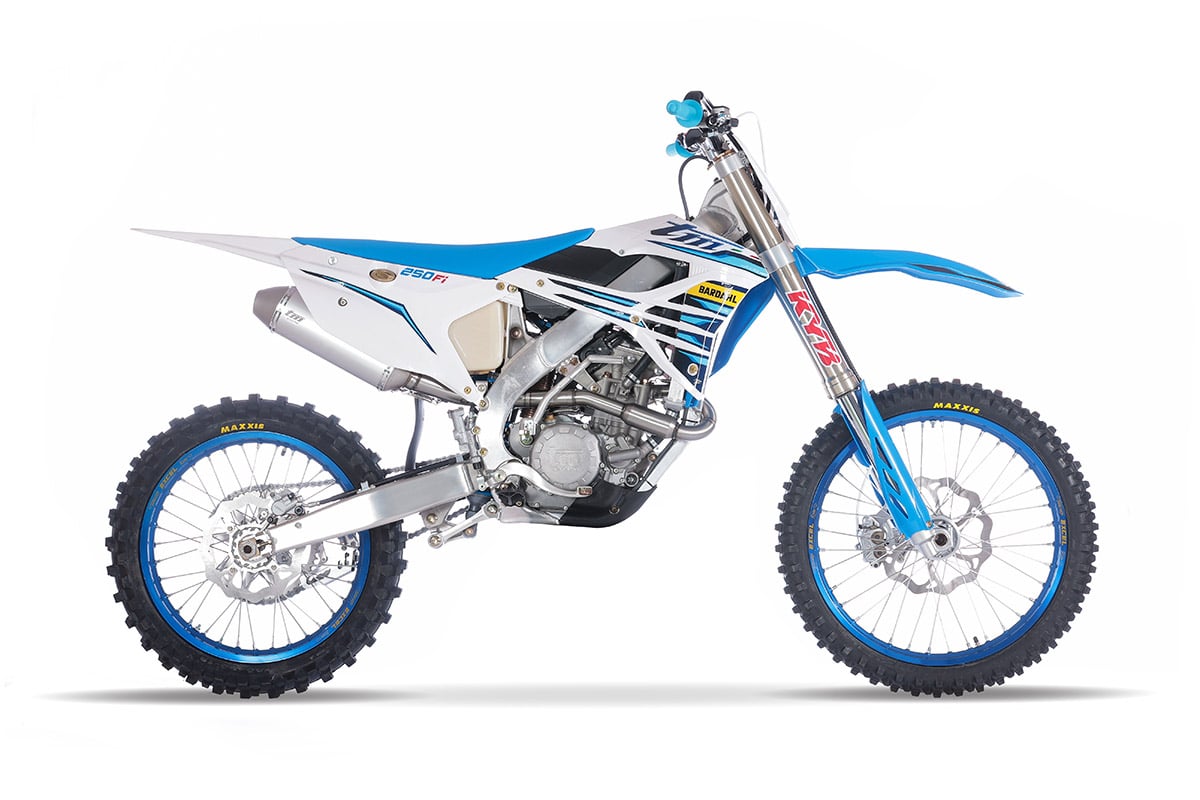 TM 300Fi ES/250Fi ES: $11,195/$11,195
It’s tough to tell the difference between a TM 250 and a TM 300 from the outside, but both are beautiful bikes. They have hand-welded aluminum frames, KYB suspension and detailing that would be appropriate for a factory works bike. The chassis is designed with the fuel cell under the seat and the airbox up top, sort of like a Yamaha. The twin-pipe motor has two separate ports leading to two independent exhaust systems. 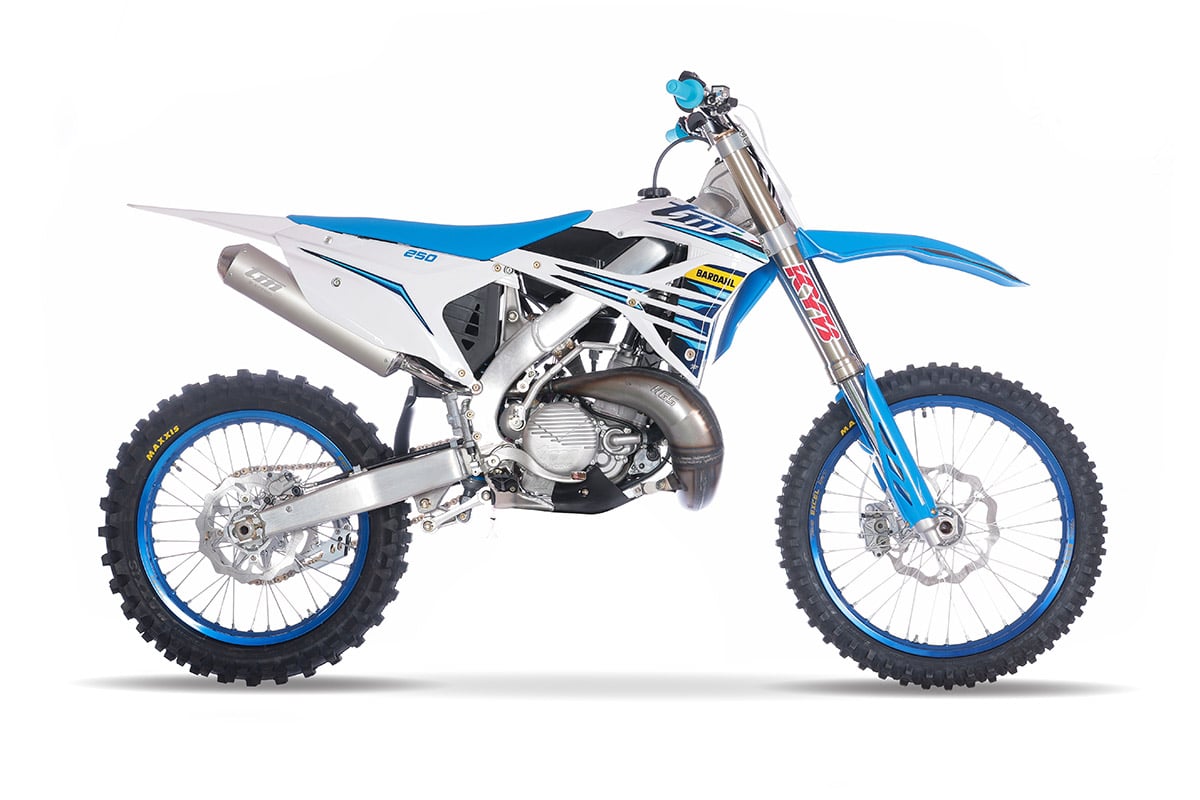 TM MX300ES/MX250ES (TWO-STROKES): $9395/$9195
There’s no reason two-stroke MX riders shouldn’t have electric start just like four-stroke guys. TM’s two-stroke MX bikes have it as standard equipment. They also have electronic power valves, aluminum frames and KYB forks. TM is the only company in the U.S. that has a 300cc two-stroke motocross bike. 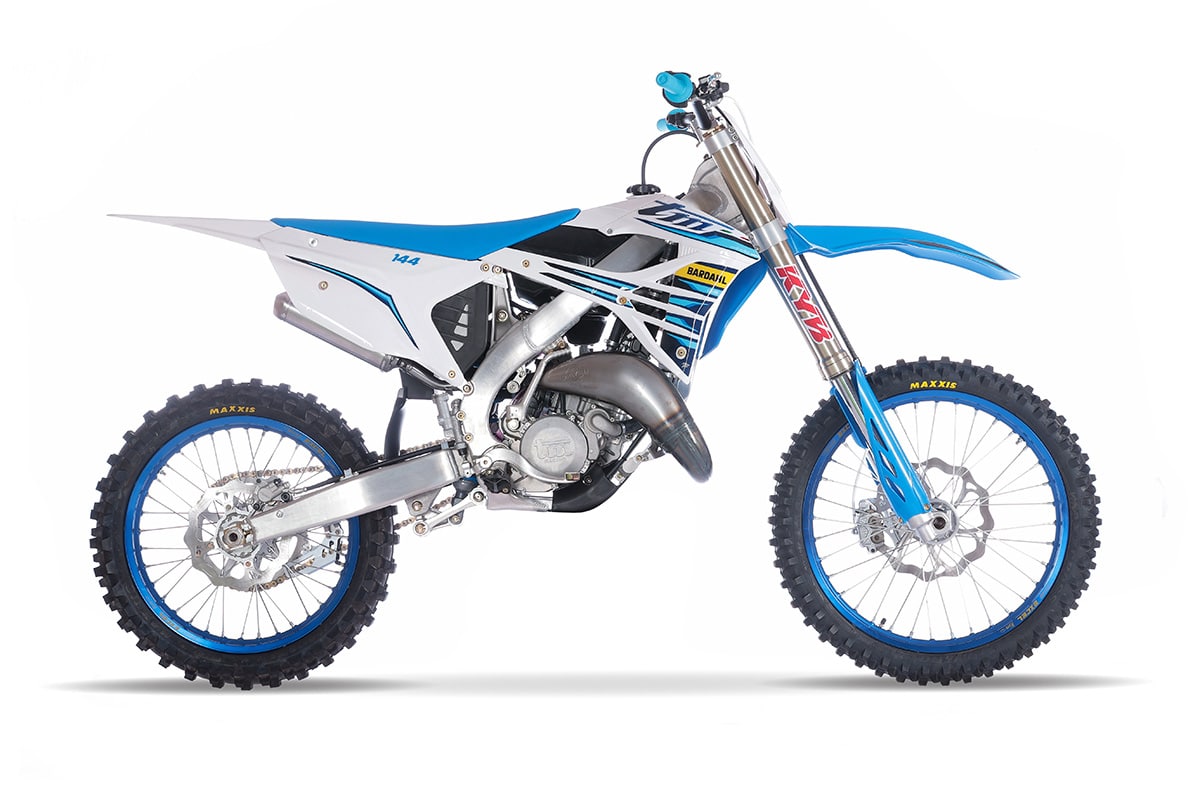 TM MX144/MX125 (TWO-STROKES): $8745/$8545
TM is a small, independent maker in Pesaro, Italy, that cut their teeth making karting motors. As such, small-bore two-strokes are still the company’s core identity. The MX144 and MX125 have different bore-and-stroke configurations but are otherwise identical. The power valve is electronic, but starting is accomplished through an old-school kick-starter. The frame is hand-welded aluminum. 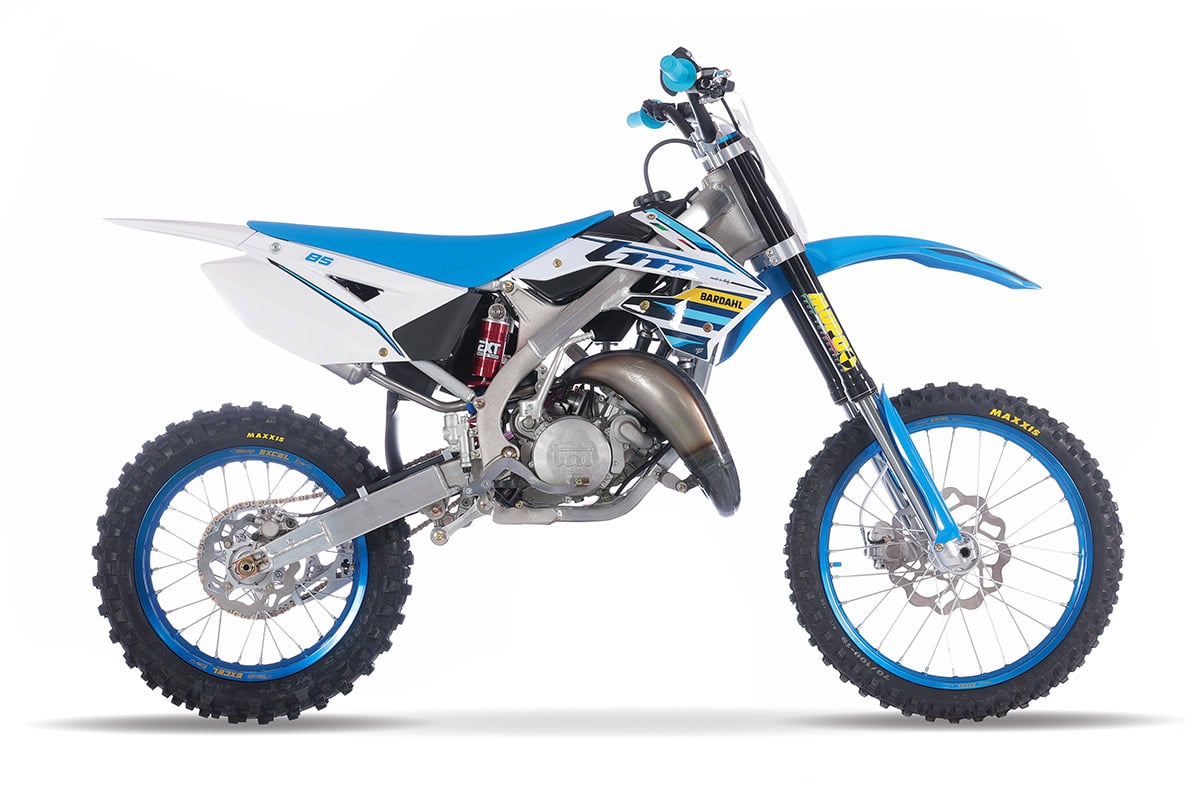 TM MX100/MX85 (TWO-STROKES): $6395/$6345
For years the most exotic bikes in the mini world have been TMs. The small Italian company has made a big investment in little two-stroke motors. The basic platform is the aluminum-framed MX85 with its 14/17-inch wheel combo. Then there’s the big-wheel MX100 with a 16-inch in the rear and a 19 up front. Finally, there’s the fire-breathing MX112 Supermini, which sells for $6995. 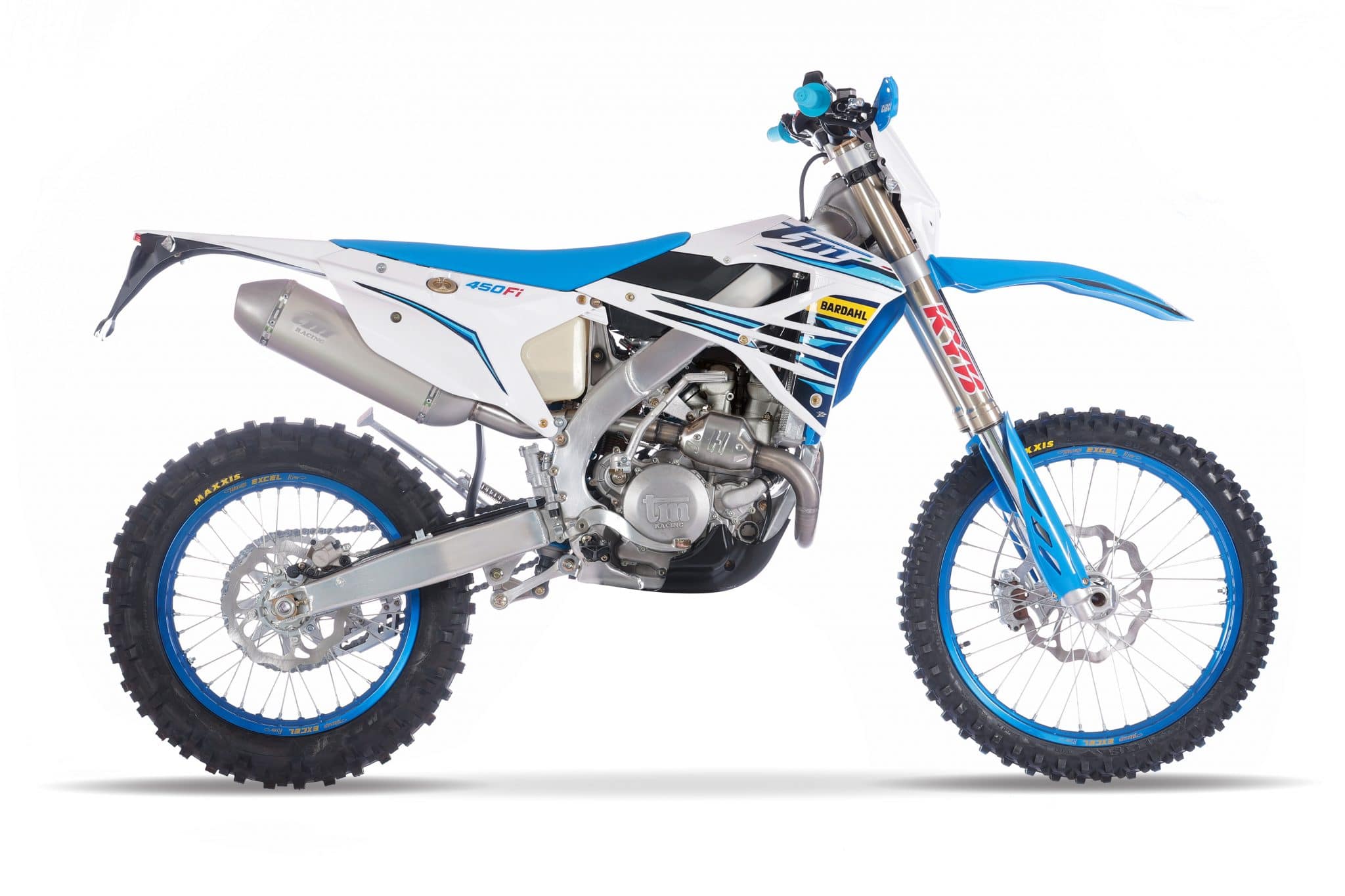 TM EN530Fi/EN450Fi: $11,195
For some reason, all things Italian have an extra element of style. TM motorcycles are more or less hand-built in very low quantities. Unlike most European bikes, they have beautifully crafted aluminum frames with welds that put Japanese bikes to shame. TM’s four-stroke enduro bikes have the fuel cell located under the seat and the air filter on top. The fork is a KYB, and the shock is made in-house at TM.

TM EN300 ES/EN250ES (TWO-STROKES): $9895/$9745
TM is a small Italian company, but it produces some of the most sophisticated bikes in the two-stroke world. The EN300ES is an electric-start two-stroke with an electronic power valve. It also has an aluminum frame, a KYB fork and a shock made in-house at TM. For $400 more, you can have the TM 300 with transfer port fuel injection. For the 250, it’s an additional $350. 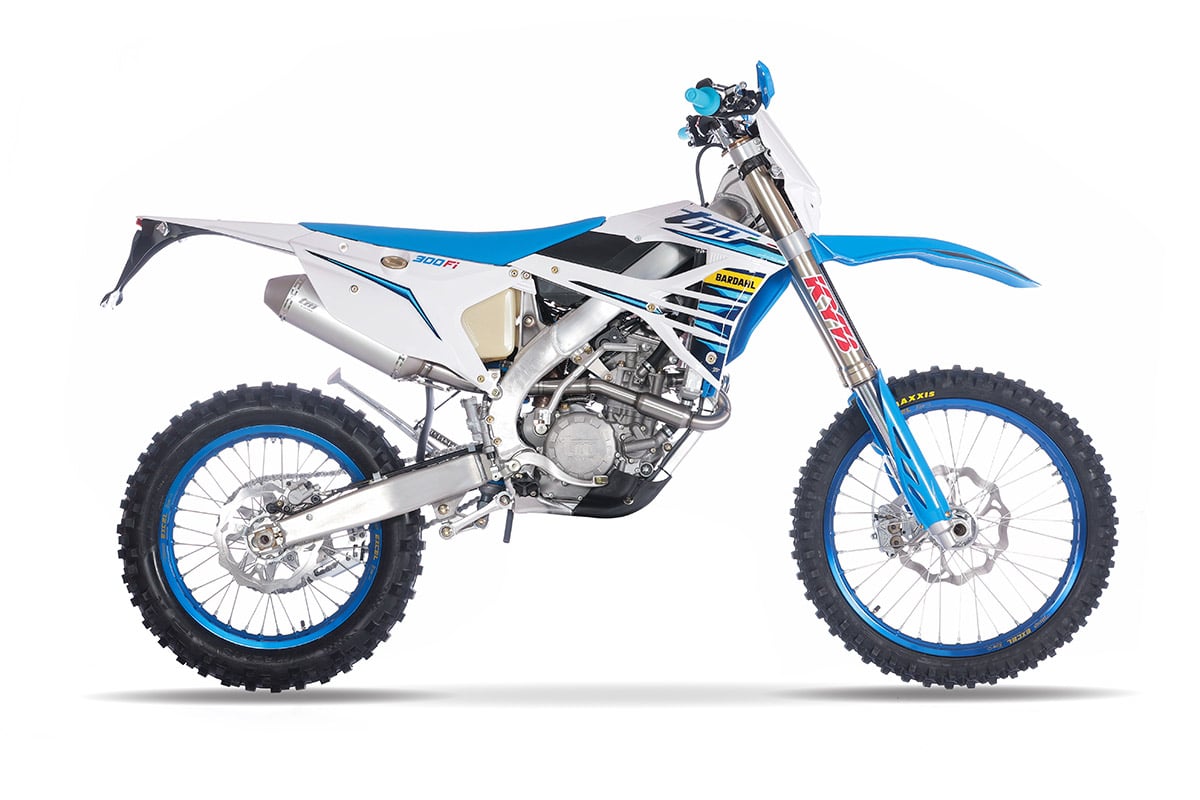 TM 300Fi/250Fi: $11,995/$11,395
TM made some significant changes to its four-stroke off-road bikes for 2022, although the details are still vague at press time. The 300 and 250 four-strokes are still based on the twin-pipe motor that was developed for MXGP racing several years ago. It has an unusual valve train with cams that are driven by a chain and gears. The fuel tank is still under the seat. The frame is still aluminum, and the workmanship is still beautiful. 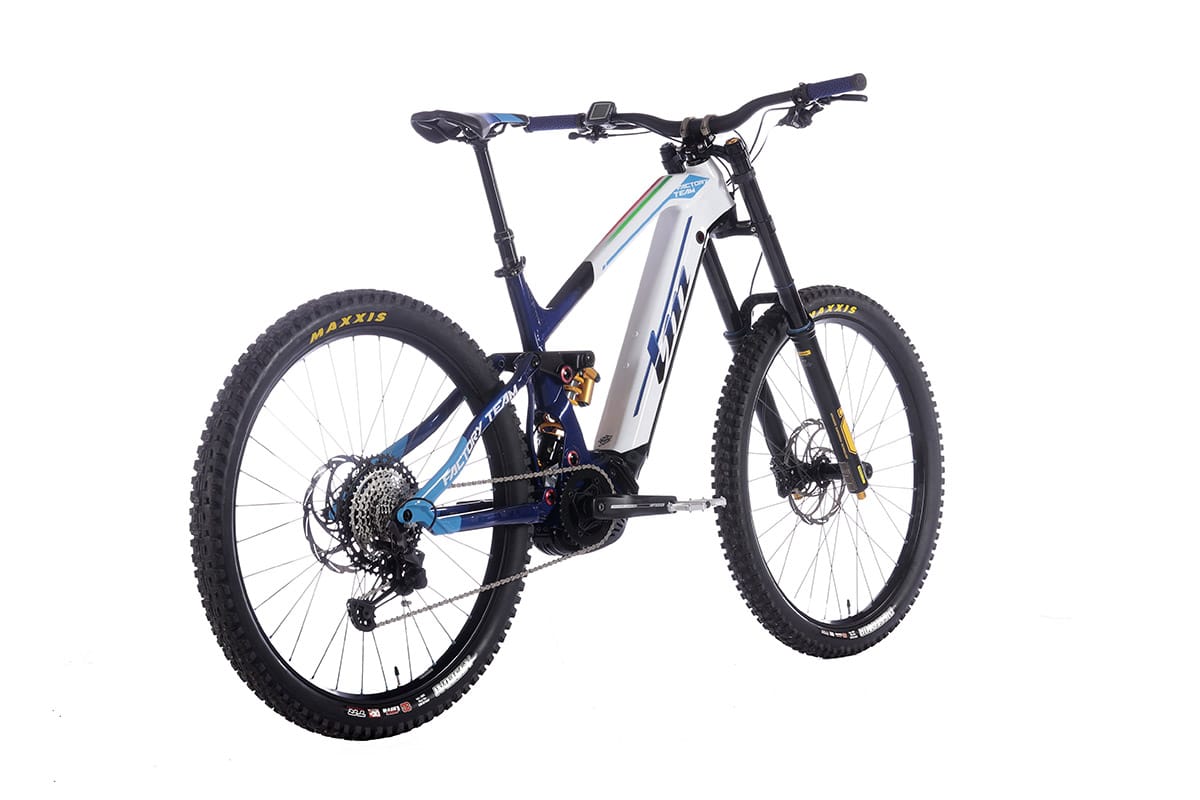 TM E bikes will also be offered in 2022. Stay tuned for more details on this.