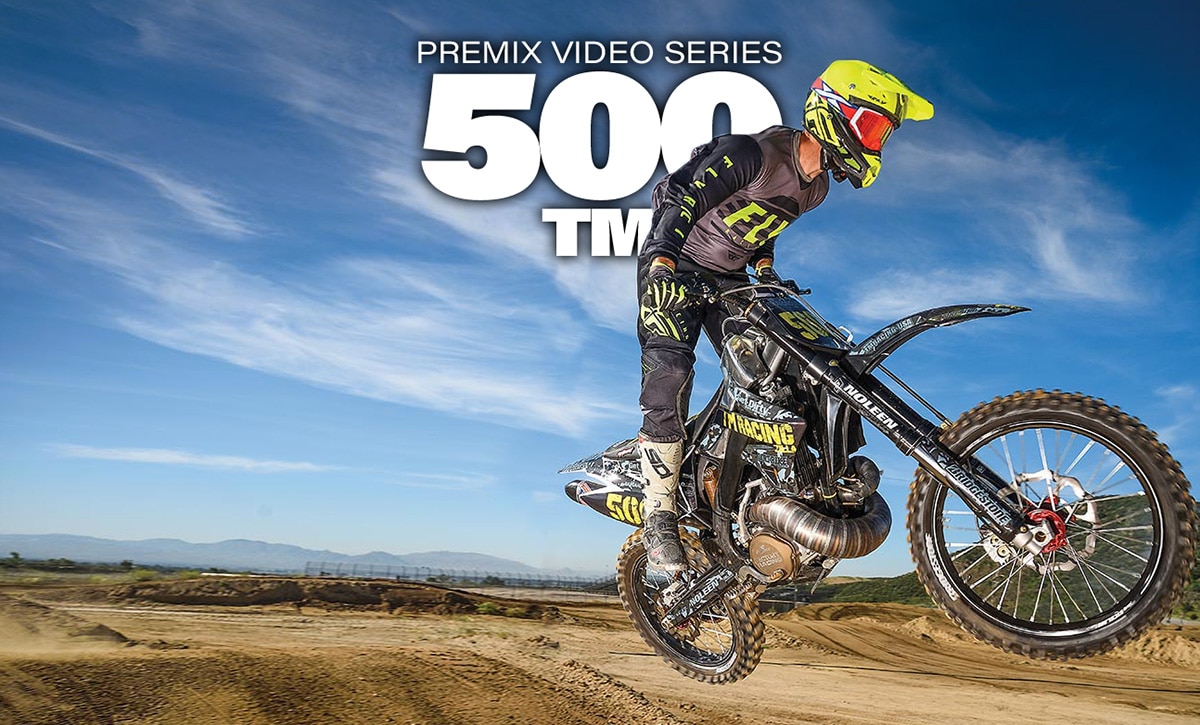 This project, nicknamed “TM Zilla”  is the marriage of a TM chassis and a 500cc Honda two-stroke motor. The largest-bore two-stroke TM has ever produced is 300cc, and we don’t think TM plans to change that any time soon. Enter Ralf Schmidt. Ralf is the current TM U.S. importer. He is all about big-bore two-strokes and specifically the Honda CR500R. Our “TMzilla” project was fueled by Ralf’s rare combination of interests.

Although TM has used a number of Kawasaki and Honda products on its machines in the past, we can guarantee the TMzilla will never see life as a production machine rolling off TM’s assembly line. But, this in no way stopped Ralf from making his dream a reality. The build started with a lot of time spent in front of a computer looking at various Craigslist posts for a decent CR500R donor engine that didn’t cost a fortune. This sounds way easier than it actually is. As a matter of fact, this might have been the toughest part of the entire project. To read more about what went into this TM Racing Project bike, click here.

THE KAWASAKI KLR650 IS BACK!