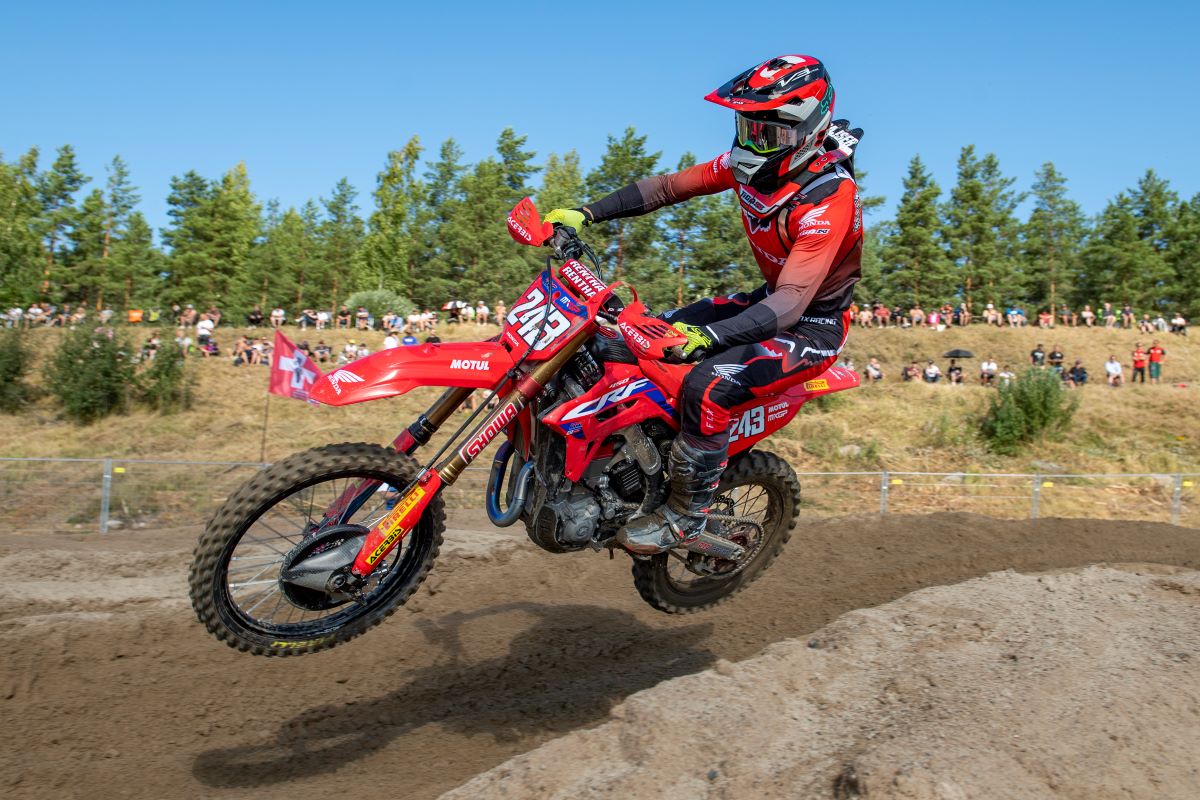 Team HRC’s Tim Gajser has won his fifth world motocross championship after the MXGP of Finland. Taking hold of the red-plate from the very beginning, Gajser put in an early run of results that saw him win six of the first seven rounds including three double-moto wins. Back-to-back wins in Germany and Indonesia then increased his points gap to over 100-points. His clinch on the title became a mathematical certainty in the second moto at Finland with a seventh-place finish behind Brian Bogers. There are still two full rounds in the season. 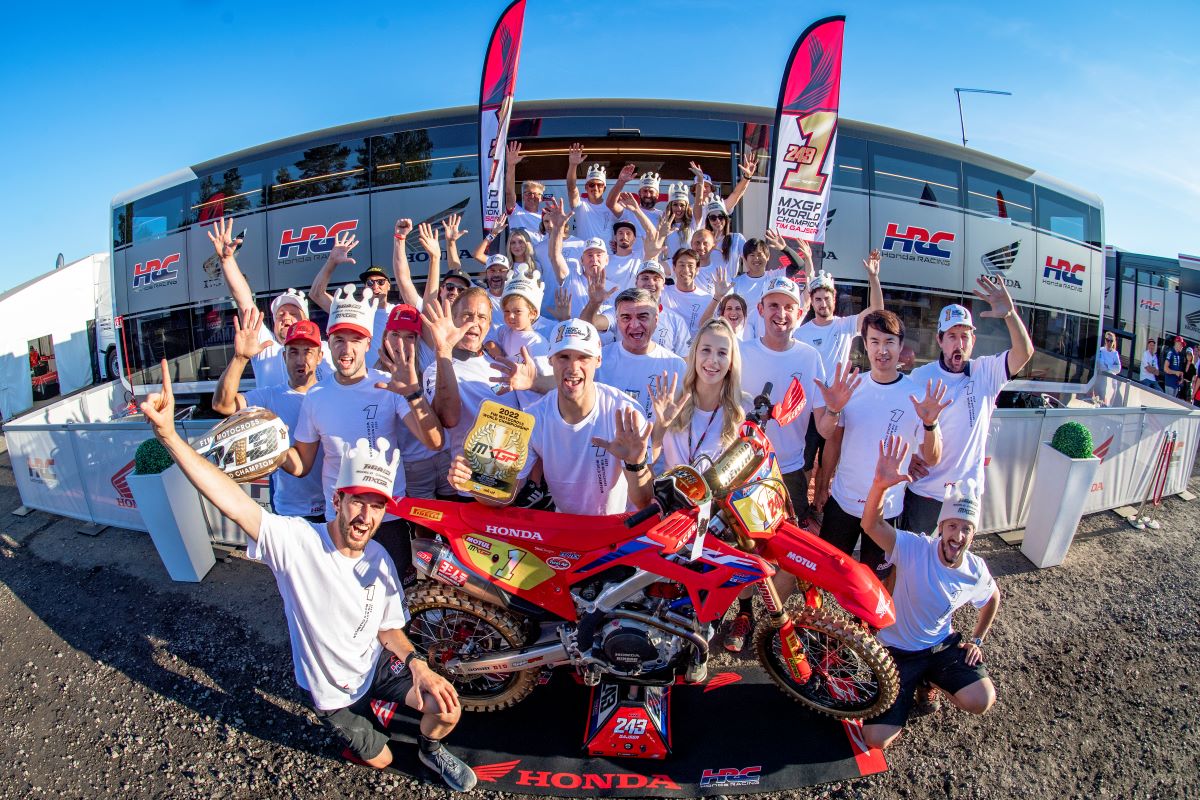 Before this weekend’s round – number 16 of 18 – the Honda CRF450R rider has won more qualification races (4), lead more laps (184), had over triple the number of race wins than any other rider (13), two times as many GP overalls (8) and stood on the podium more than anyone else (10). His #243 machine is the only bike to have worn the red-plate after his victory at the opening round in Great Britain, which has led him to compete with it in every future round of the season.

Shortly, another press release will be published including rider comments and photos of both the event and the celebrations.