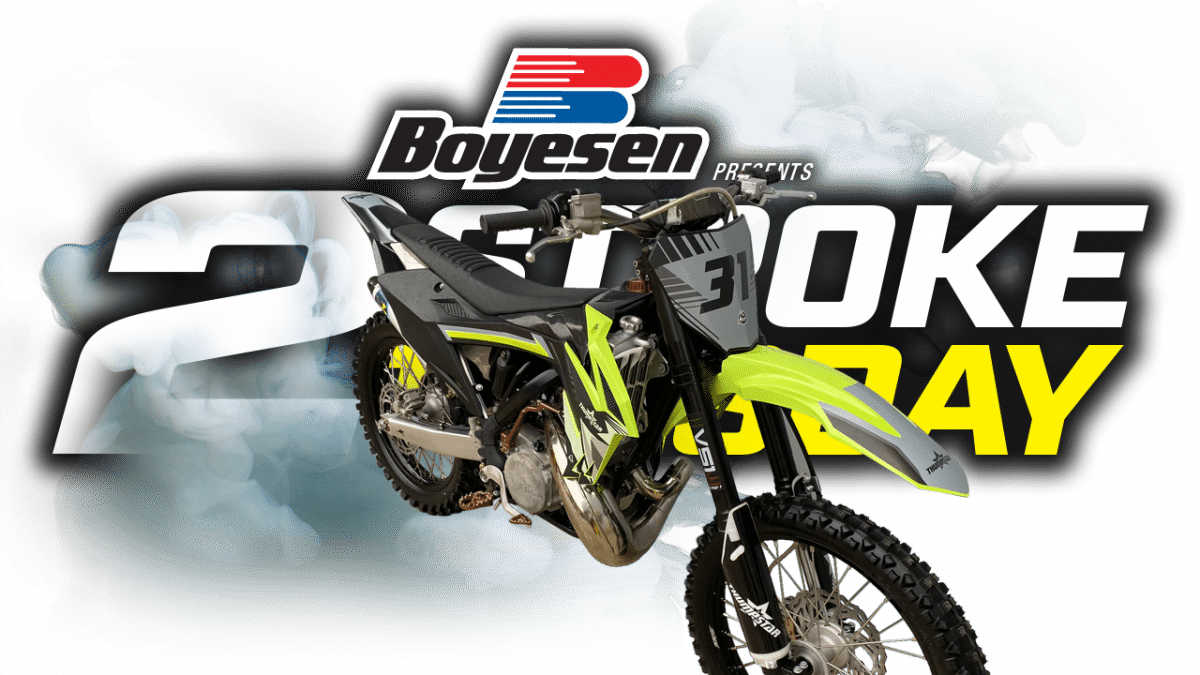 On this week’s Two-Stroke Tuesday we give you the exclusive first studio images of Thumpstars all new 250/300cc 2-Stroke  scheduled to hit the market in the summer of 2020. We packed 2-Stroke Theater full of exotic premix burning machines and one KX250 project you don’t want to miss. If the Thumpstar machines interests you check out an exclusive link to the 2019 GPX Moto TSE250R at the bottom of this post. 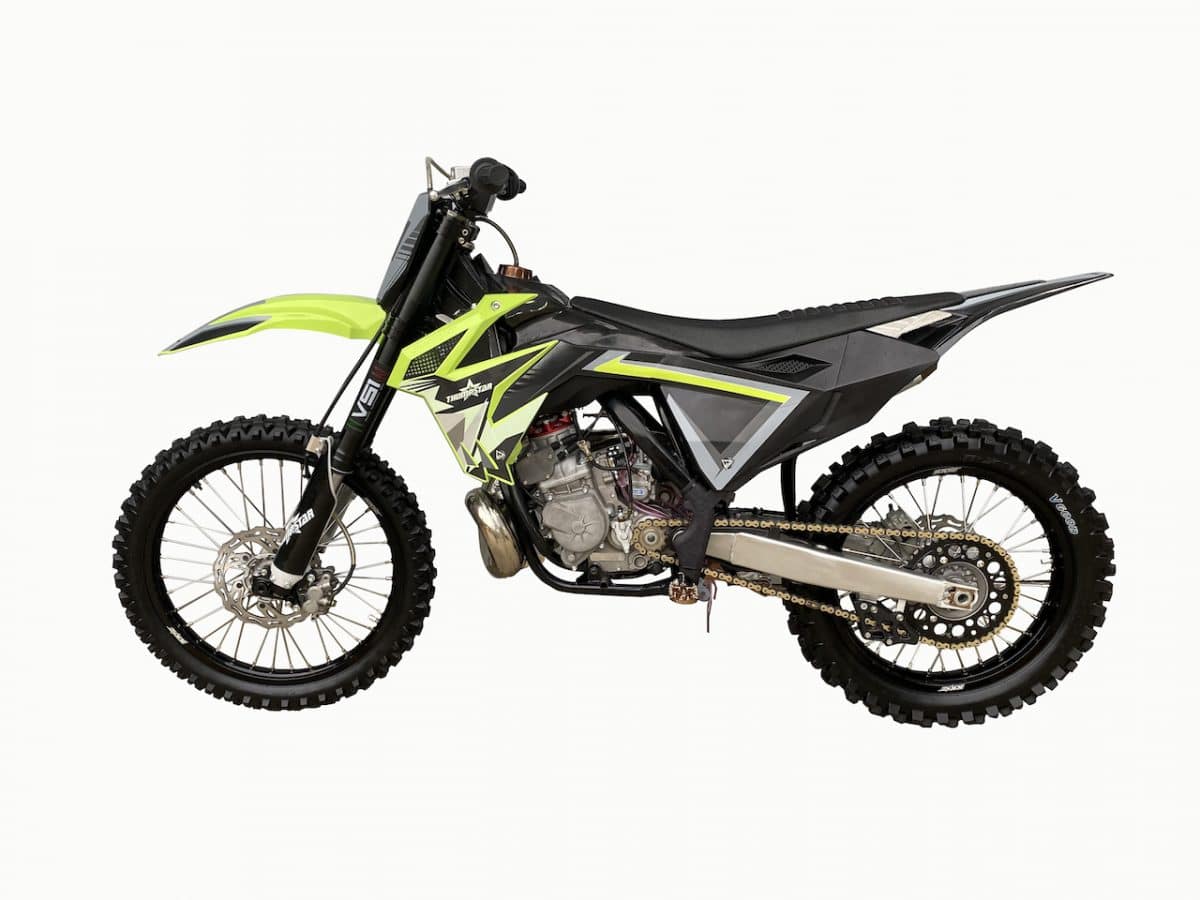 Thumpstar has been developing motorcycles for the last five years primarily in the pit bike market. This year they completed the final specs on the 50cc and 85cc MX bikes that will be available to the public early next year. The 250cc/300cc two-stroke models will be produced in Spain. Thumpstar has been working with Josep Pibernat the founder of GasGas who retired briefly, but is now active again in the world of engine production. 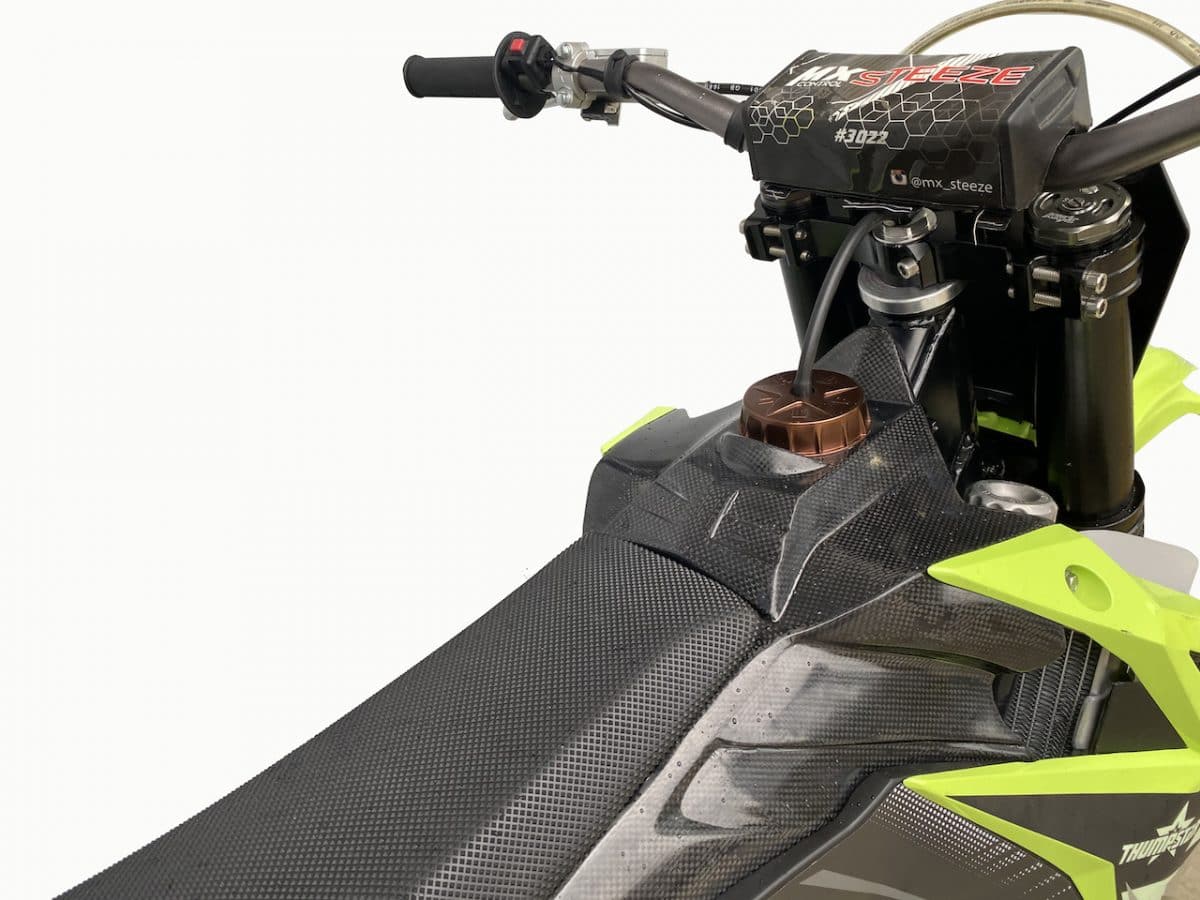 This version seems to have a full carbon fiber gas tank but there is no information on capacity or if it will be standard on the production model. 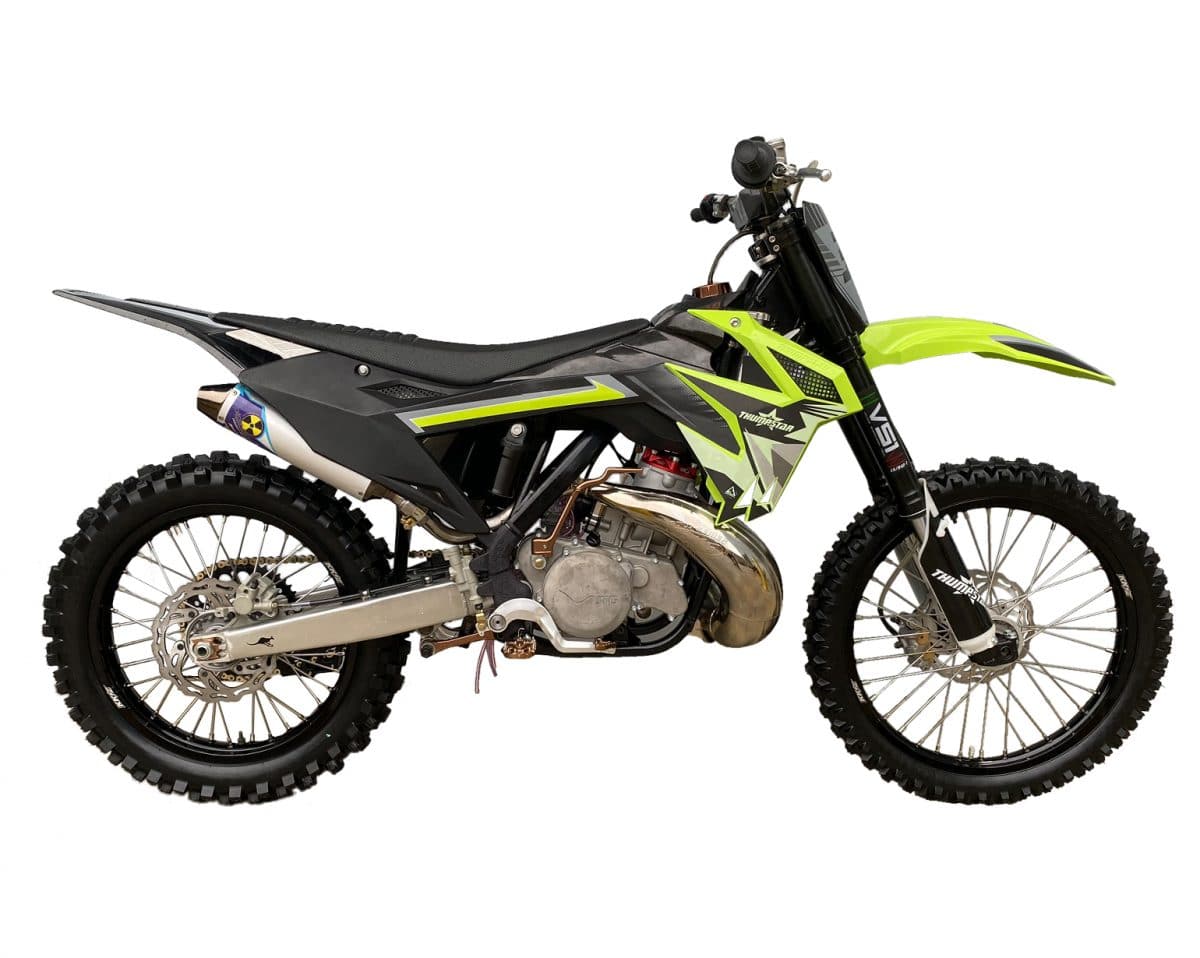 The engine is an original design by Josep Pibernat that was completed in 2012 but never made it to market. Thumpstar gave new life to the project by designing a completely new bike around the engine and updating the servo valve. These machines have similar design features as other bikes we have seen on the market but a lot products in combination we have never seen before. 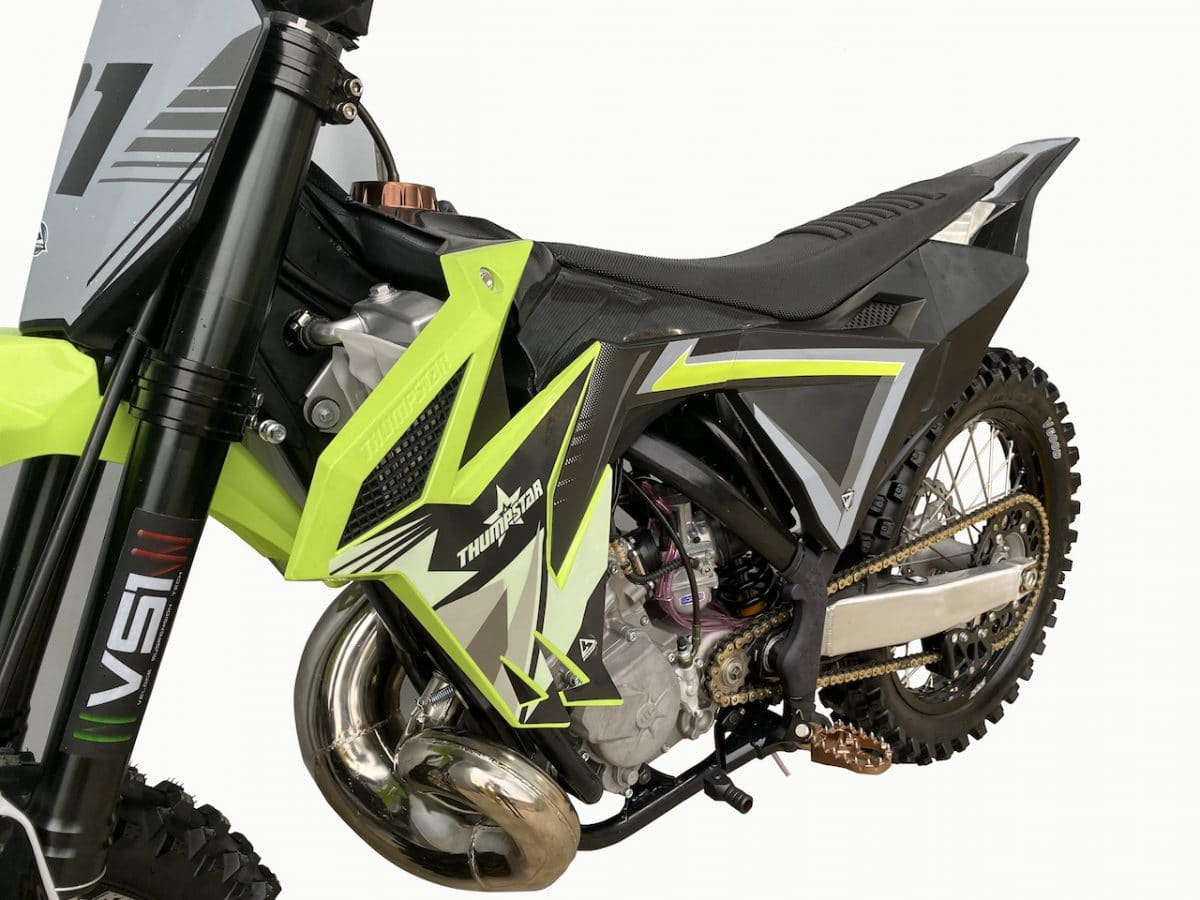 Thumpstars 250cc/300cc engines have a 6 speed manual transmission actuated by a hydraulic clutch and feature a Keihin PWK38. 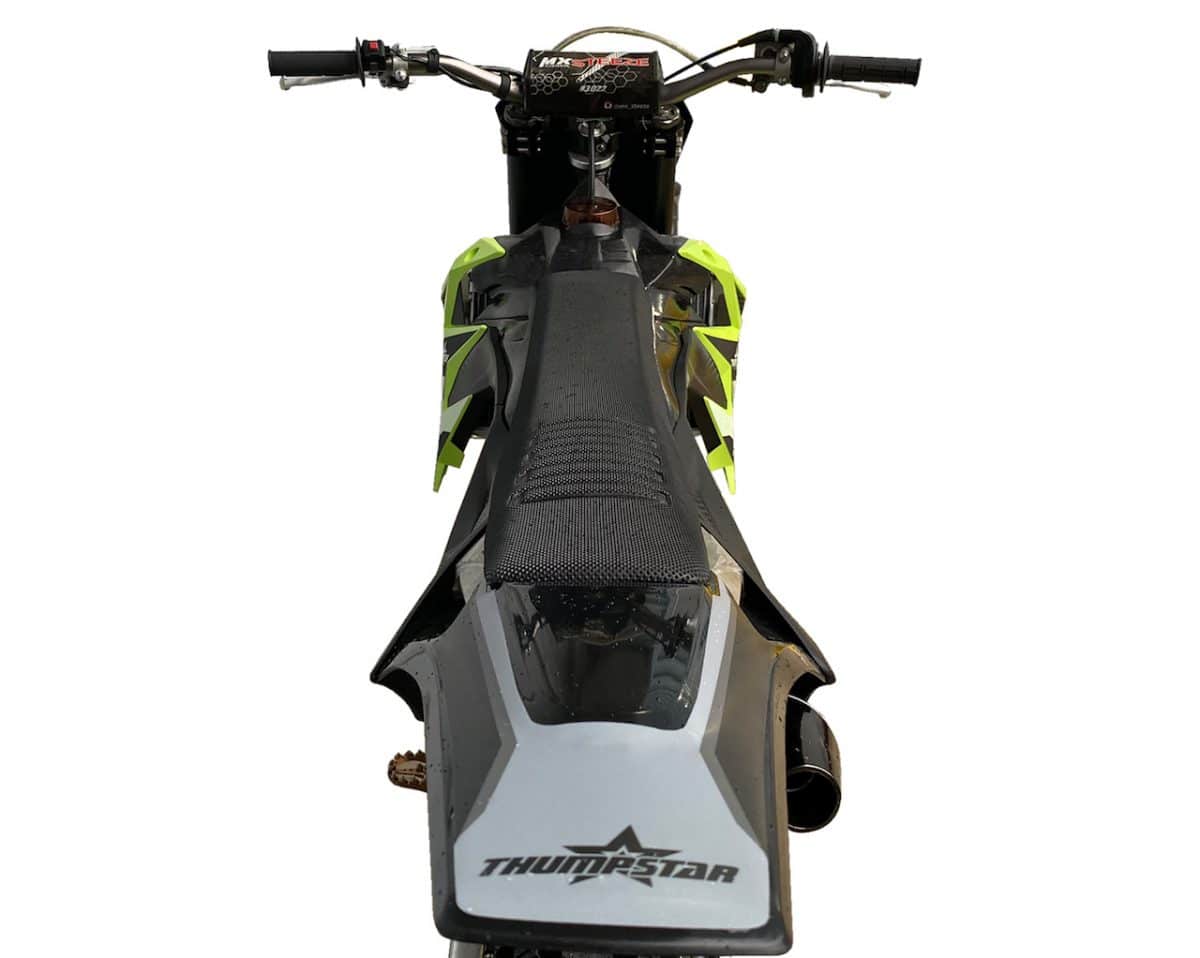 Styling on the Thumpstar models has some influences from what is available on the market today and some new ideas that have never been seen before. We are told by Thumpstar executives that the 250/300 models will look like nothing else on the market when they are released to the retail public. We can’t wait to see what they come up with. 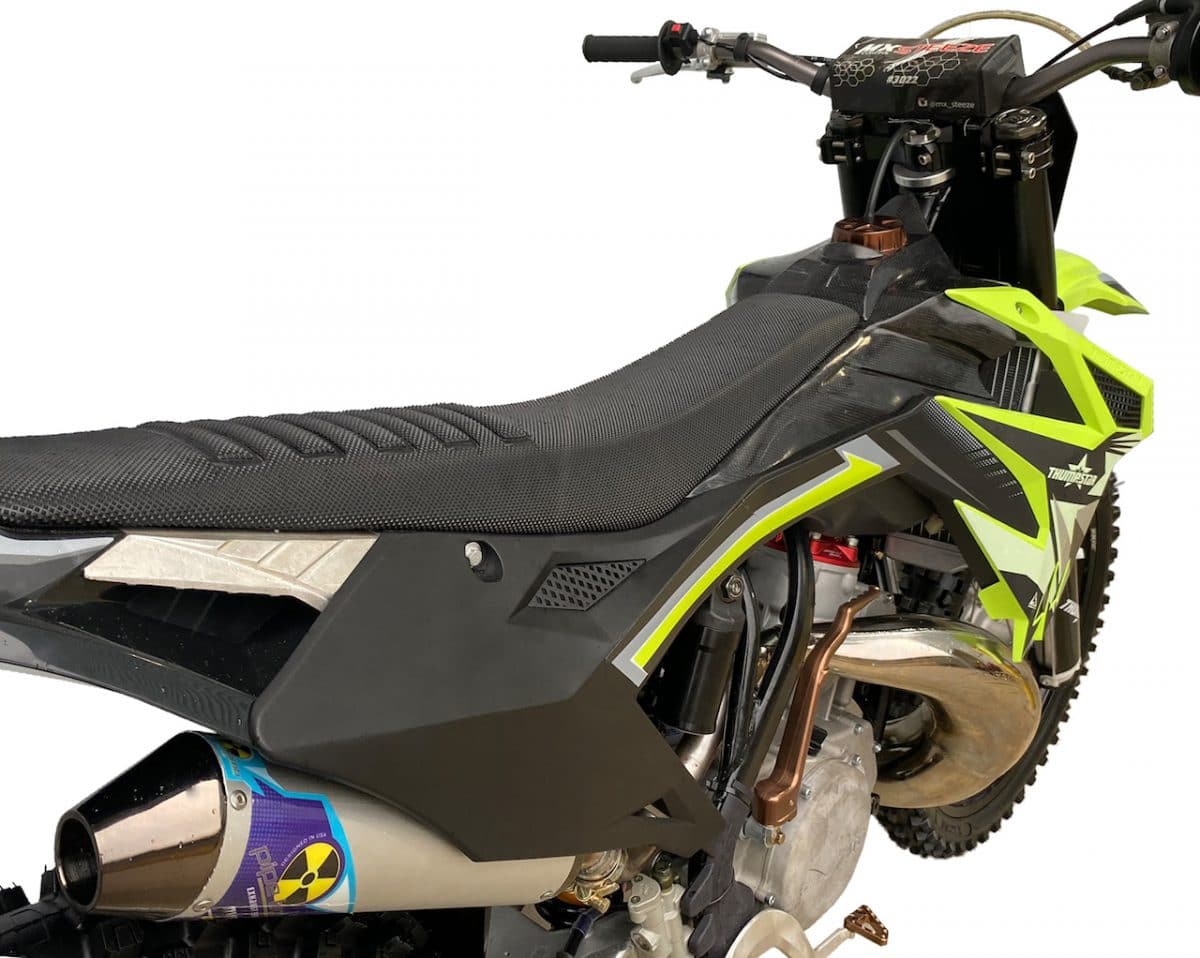 Both the 250/300 will come stock with an FMF expansion chamber and Pipe Bomb DM220 silencer.  The 250cc platform will be a kickstart only model and the 300cc version will also be equipped with an electric starter. 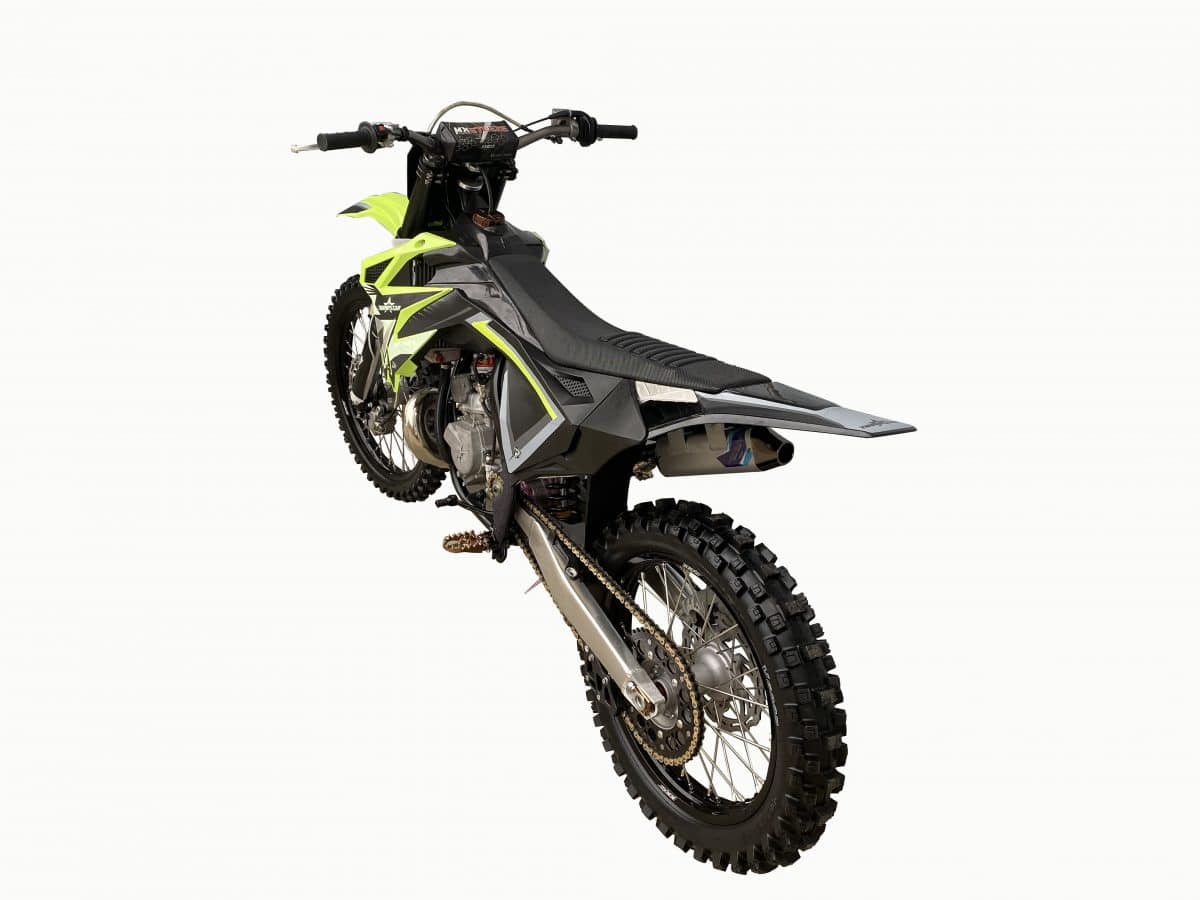 Suspension options vary between the two models as well. The 250 can be purchased with Ohlins or come standard with a VS1 Fork and VS1 Rear Shock. The 300 only shows an option of VS1 components. Complete information on VS1 suspension components are not available yet but we hope to have more information shortly. 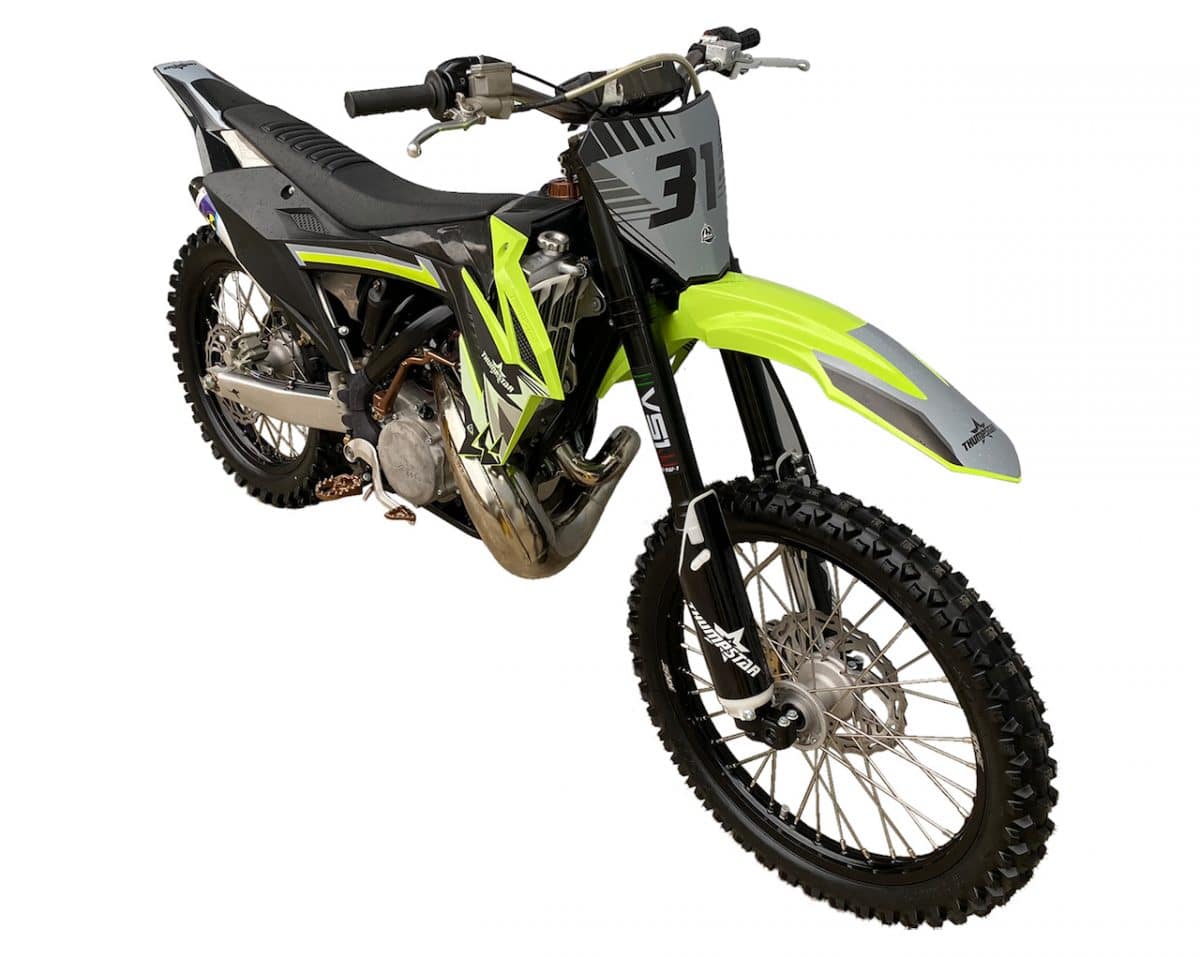 By 2021, Thumpstar plans to have a full range of two-stroke 50cc, 65cc, 85cc, 125cc, 150cc, 250cc, 300cc. With most 250cc/300cc two-stroke machine costing over $7,000 and we hear that Thumpstar is planning on setting a retail price around $6,000. (This has not been confirmed.) These bikes are still in the testing and development stages with a planned release in late 2020 or early 2021. Interested dealers in the US can contact Eden Abrahamian at [email protected] for more information.

If the all new 250/300cc two-stroke from Thumpstar has you interested in what else might be out there check out this GPX Moto TSE250R that is available in the US now. Click the image below for a link to all the information. 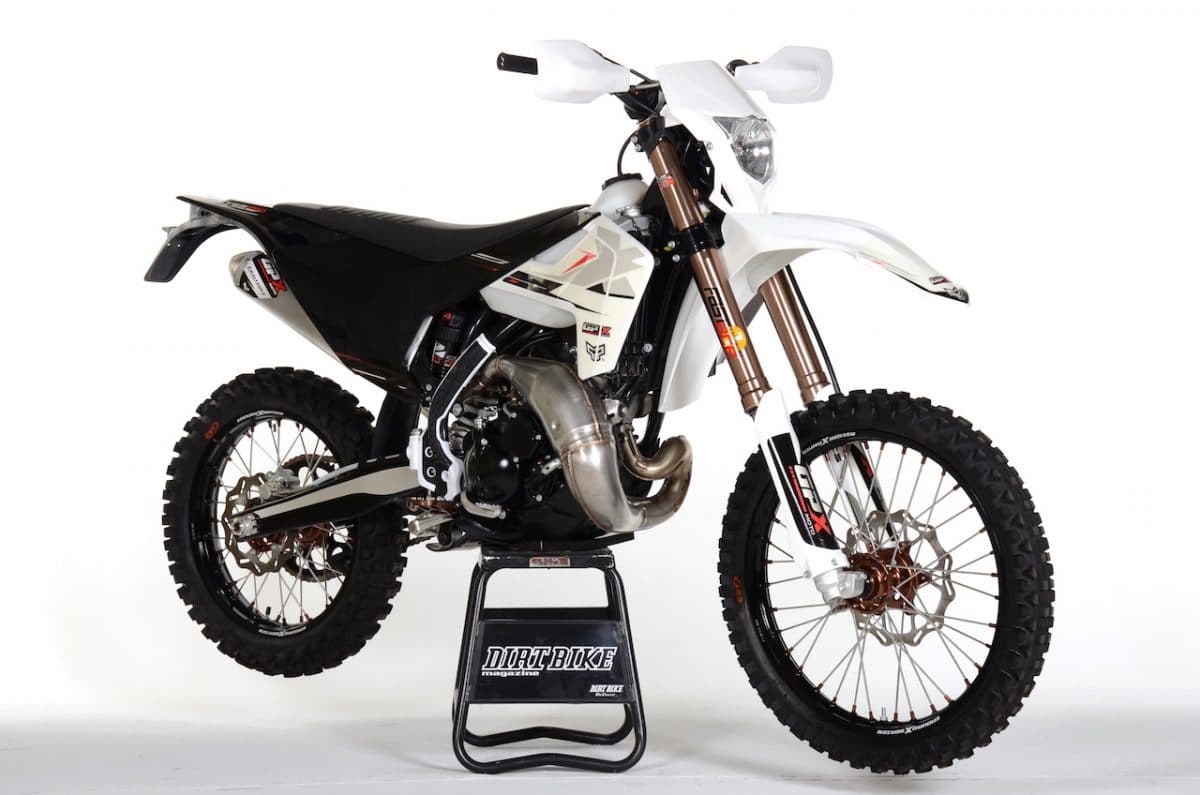