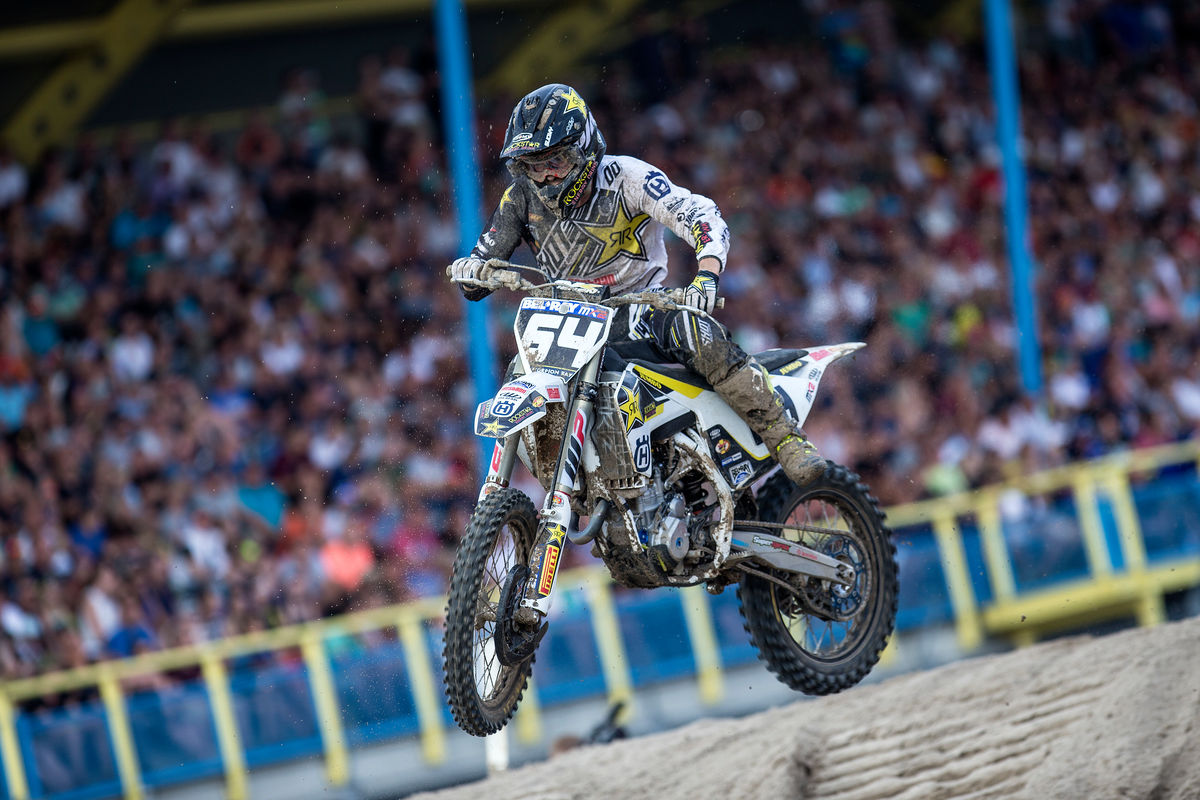 America’s Thomas Covington  has secured his first race victory of the 2016 FIM Motocross World Championship for the Rockstar Energy Husqvarna Factory Racing team. He won moto one at the GP of The Netherlands. The overall eluded him after a fall put him in 11th for moto two, with yet another victory going to Red Bull KTM’s Jeff Herlings. But by taking a single moto from Herlings, Covington has shown he’s one of the most promising riders on the world GP circuit.

Completing a confident and well-calculated race the American took the lead before the halfway point of the moto before going on to dominate the field and finish 21 seconds clear of second-placed Jeffrey Herlings. Frustratingly, a series of mistakes resulted in the FC 250-powered Covington having to settle for 16th in moto two.

Thomas Covington: “It’s been a great GP and I’m happy the off-season training has finally paid off. The conditions were really hard in moto one. I got a great start behind Prado. I knew it was going to be a long race so I just tried to relax and remain focused. A couple of guys crashed and when I got the lead I tried to be fast without making mistakes. Everything went perfect and we managed to secure the win. In moto two I got a bad start and crashed in the opening lap. I had two more crashes during the race so it was difficult to stay close to the leaders. The speed is there and I’m really looking forward to the next two GPs back home in the US. The goal is to battle for the overall podium in MX2.”

Championship Standings (After Round 16)