THE WORLD’S MOST VALUABLE MOTORCYCLES: THE WRAP 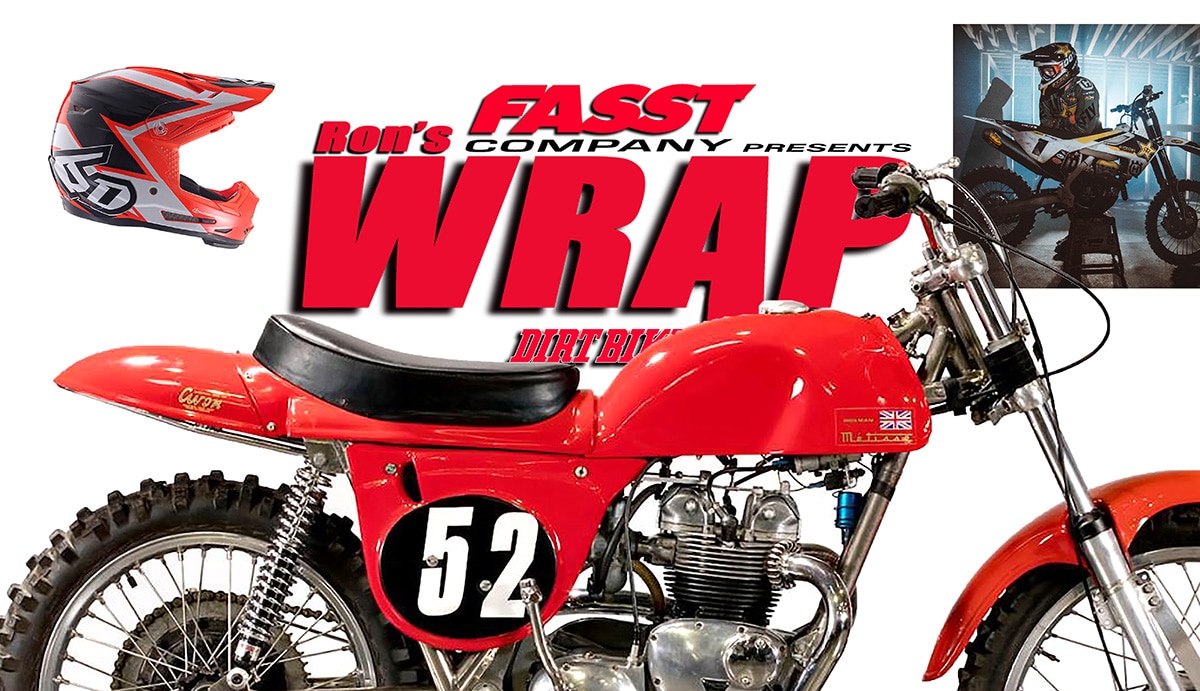 The Mecum motorcycle auction is currently underway at South Point Casino in Las Vegas, and there are some interesting motorcycle being sold.

Although it’s not the type pf motorcycle you would typically see on this website, I think almost anyone would love to stand and stare at this 1939 Crocker Big Tank. It was auctioned off for $704,000.

Some of the Moto Armory bikes went up for sale yesterday. Not all sold because the reserve wasn’t always met. Some did, though, like this super clean 1964 CZ Twin port. It went for $7600. 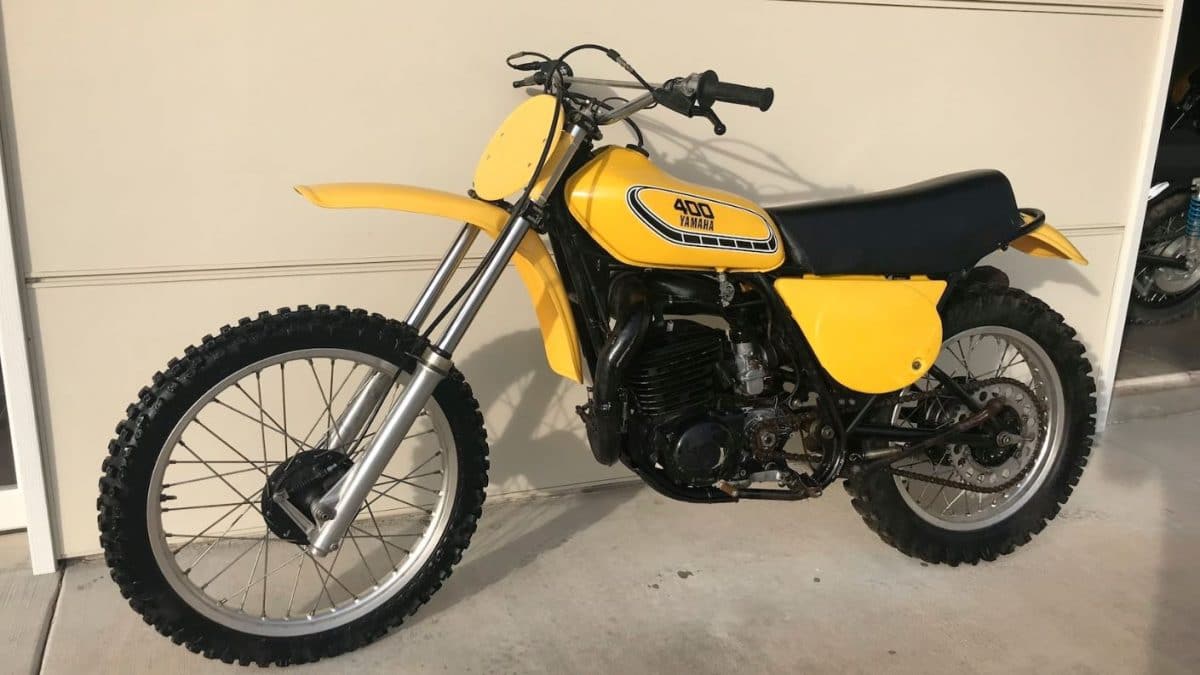 Some of the bikes had no reserve, which meant they would sell, one way or the other. This 1976 Yamaha YZ400 was like that. It was in the Mike Parker Collection and sold for $2750. 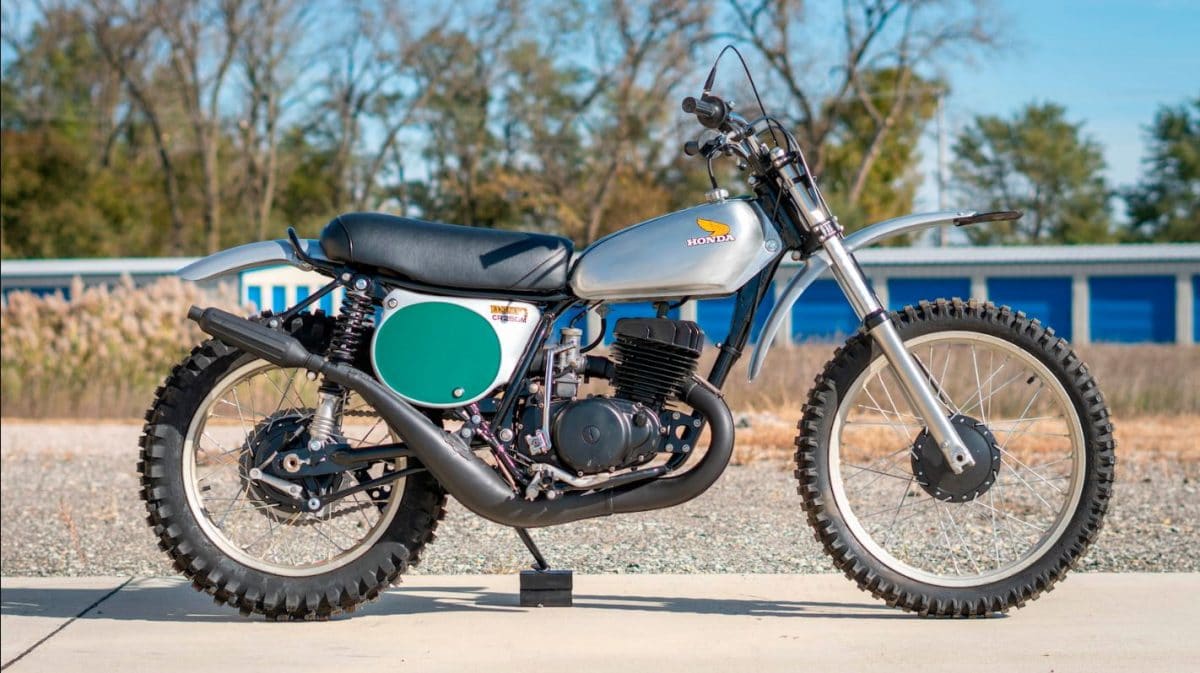 Here’s another bike from Mike Parker. It’s a 1975 Penton 250, and it sold for $6600 with no reserve. The auction will continue today and tomorrow with more and more valuable motorcycles going up for grabs. The MC Collection of Stockholm is dominating the proceedings today, which is considered one of the best collections in Europe. Over 200 lots from that collection will be going up for sale with no reserve. One of them is a Brough Superior which some enthusiasts claim is among the most valuable motorcycles in the world.  It should be interesting.

The opening round of the AMA West Hare Scramble Series took place last weekend at Prairie City near Sacramento, California and it was once again a muddy affair. Joe Wasson was the Pro winner on a Beta 430. Here’s what he said afteward:

“I felt really good with my equipment and preparation before the race. I ended up second off the start and then got settled in for the first couple laps. I had some really good battles with my team mates and other riders. I ended up getting the lead about 4 laps in and rode a smart race. There were a lot of obstacles that could make or break your day, so I made sure to be smart. My Beta 430 ended up taking me to the top step. It was a great start to my season, and I’m looking forward to round 2!” 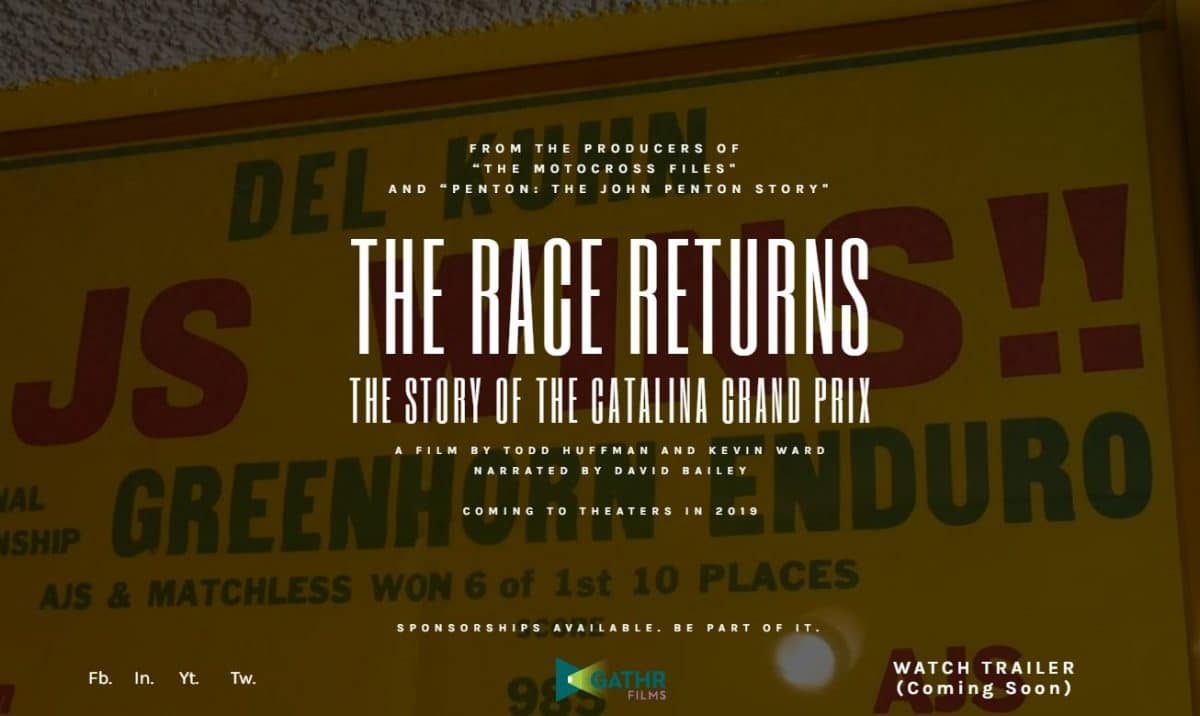 ”THE RACE RETURNS: The Story of the Catalina Grand Prix is a feature length documentary film covering the entire history of the Catalina Grand Prix from the early 1950’s up through it’s once-in-a- lifetime return in 2010. The race originally ran from 1951 through 1958 and then was cancelled for a variety of reasons. It was brought back in 2010 by a group of passionate motorcyclists and clubs and was attended by riders of all ages, skill levels, disciplines, etc. It was also a showdown of two professional champions who would race each other for the first time that year. KTM’s Kurt Caselli and Honda’s Kendall Norman.The film will include over 75 interviews of riders, manufacturers, spectators, etc. spanning almost 70 years. Interviews already shot include, Del Kuhn, Malcolm Smith, Dave Ekins, CJ Wheat, Ricky Johnson, Johnny Campbell, Kendall Norman, Travis and Lyn-Z Pastrana, Nancy Caselli, Anthony Di Basilio, Cameron Steele, Gary Bailey and retired Los Angeles Police Chief, Charlie Beck. It is being produced and directed by Todd Huffman and Kevin Ward with Ward assigned Director of Photography duties. Kevin Ward has been DP on both of the definitive films on the Baja 1000, Dust to Glory (2003) and Dust 2 Glory (2017). He also served as DP on Todd Huffman’s and PDM’s Epic Ride television series for Speed in 2007-2008.The goal is to have the film ready for the Catalina Film Festival in late September and then released with Gathr for the fall/winter of 2019. A trailer will be ready for Spring of 2019.For more information on sponsorship partnerships and local screening activation please visit: https://catalinagrandprixmovie.com

We’re still stunned at how close we came to having an American win Dakar for the first time in history. It didn’t happen, but Ricky Brabec will be back, and so will his team. Here’s a look back at the Rally that ended last week. To relive the stages and our coverage of Dakar 2019, click here. 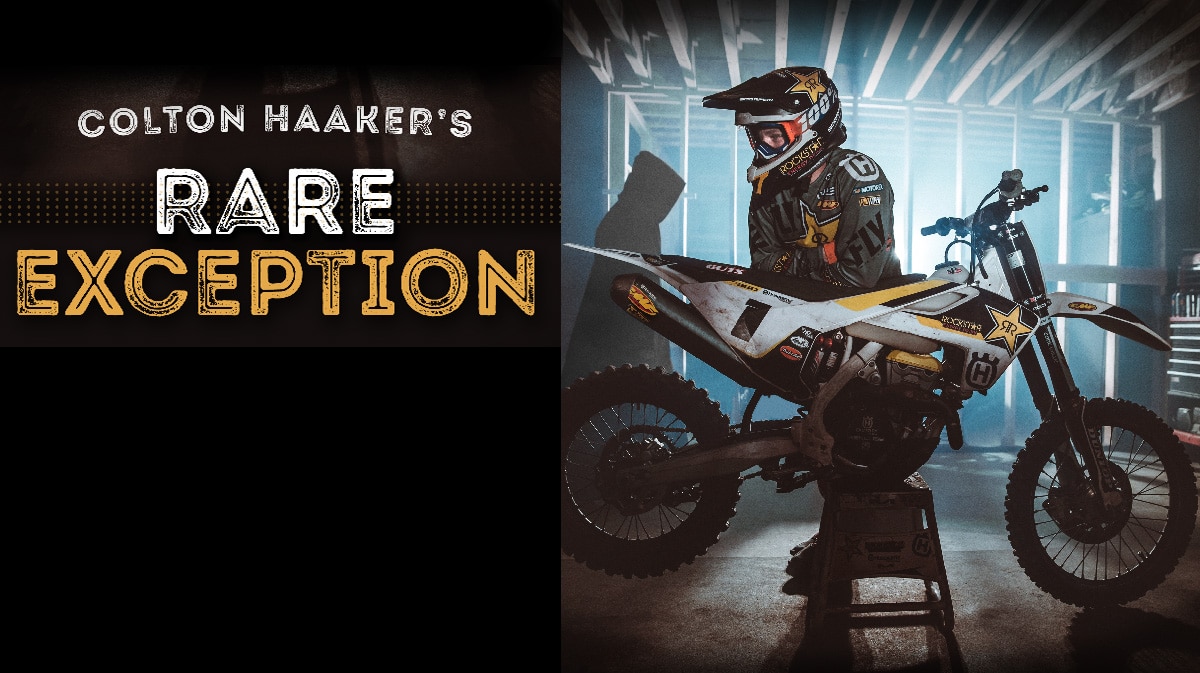 “Rare Exception” the movie is releasing to the public February 19th. Colton Haaker says he’s amped to have it done and can’t wait for the motorcycle industry to see it after spending the last year and a half making it happen. Rare Exception is a story about following your dreams, where those dreams may lead you and the realization that your perfect dream is one wrong step away from becoming a nightmare. Featuring Colton Haaker @rare_exceptionfilm. Look for the trailer to premier here on January 29th. 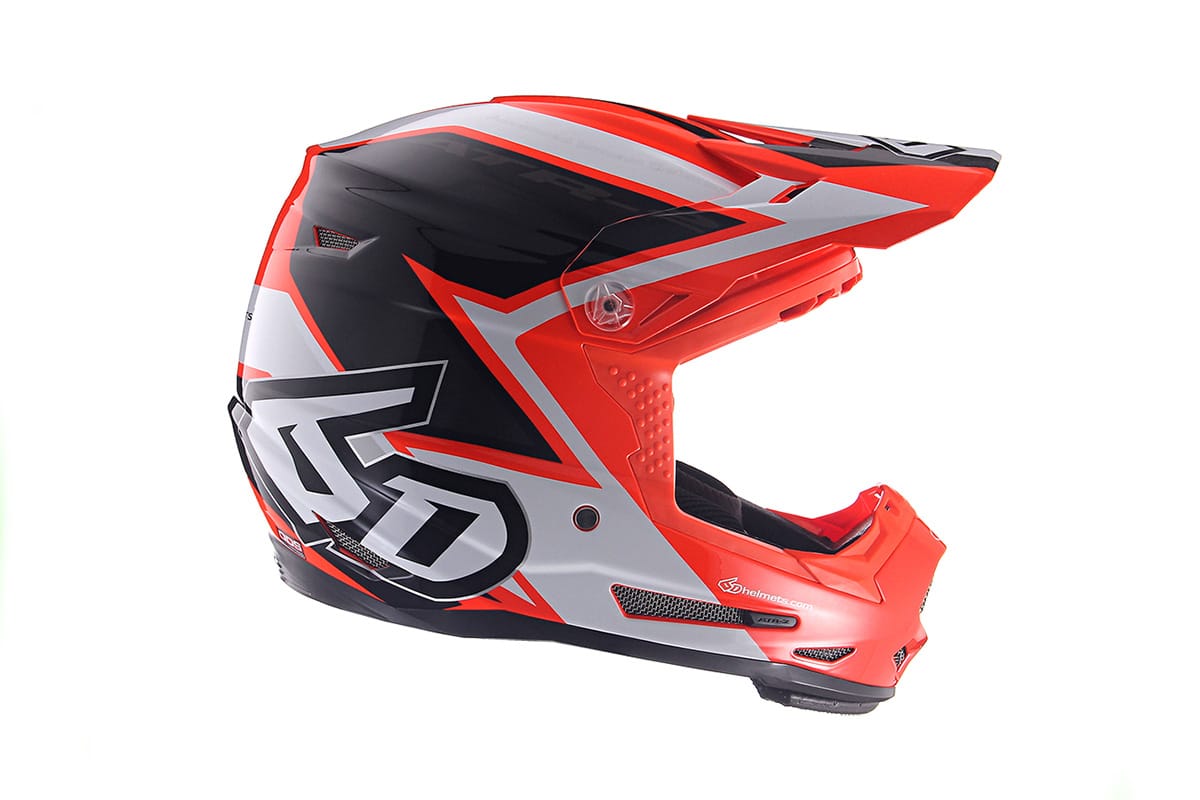 6D just introduced the all new ATR-2Y youth off-road competition helmet. It’s the company’s next level in brain protection for the today’s youngest moto athletes. The 6D ATR-2Y follows directly in its parent’s footsteps. Infused with the same advanced ODS technology as the adult ATR-2, the youth model was specifically designed for the needs of the growing child and their still-developing brain. Softer foam liners combined with a more free carrier system, provide truly next level protection. The helmet will sell for $449. 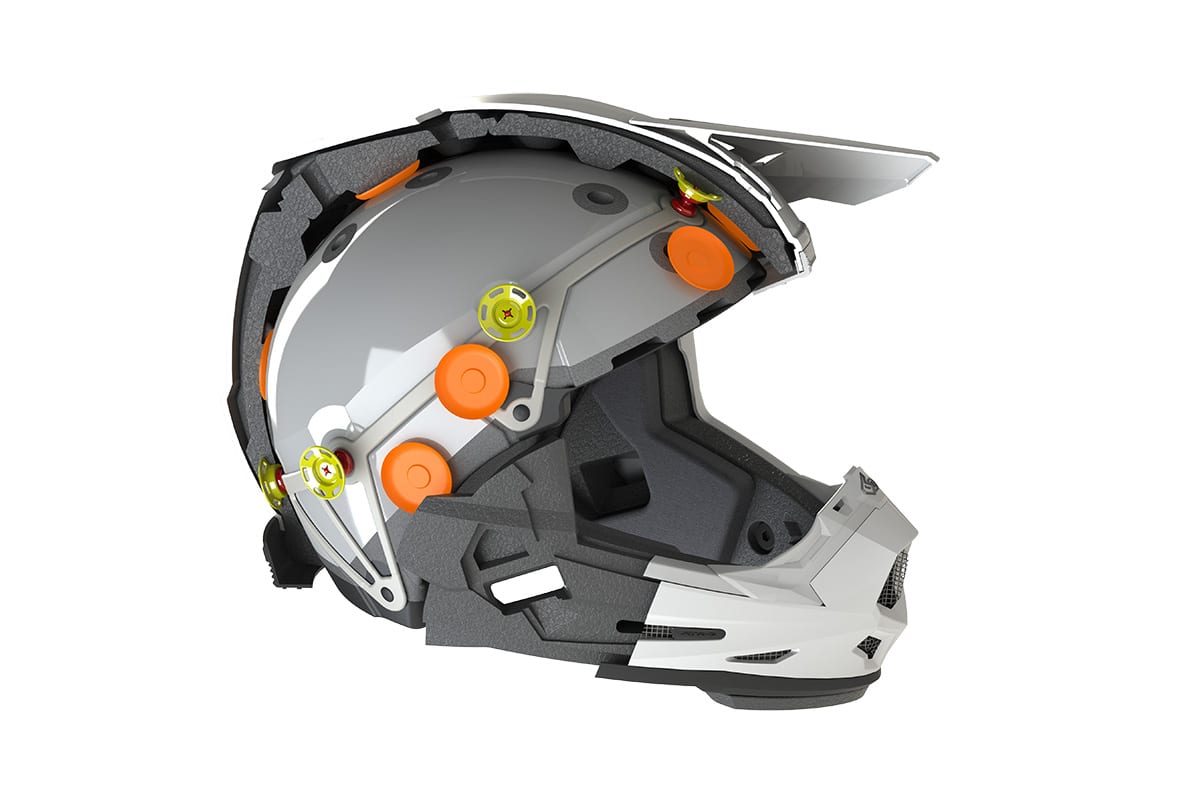 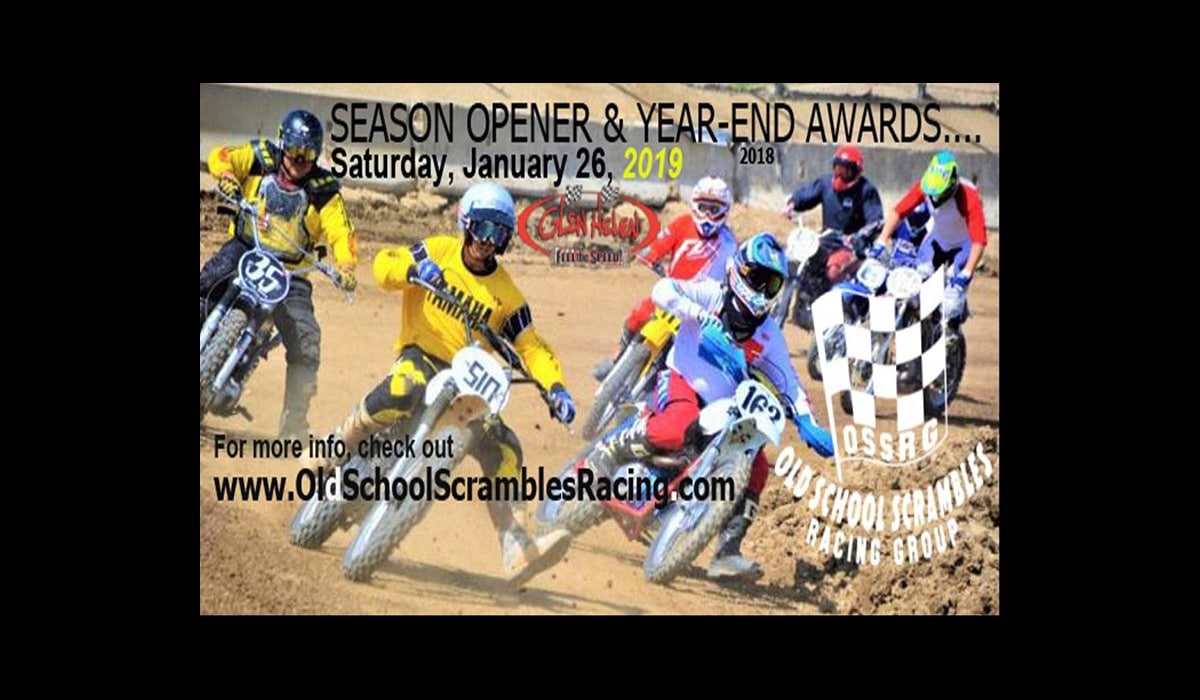 This weekend, Glen Helen Raceway in San Bernardino will host the season opener of the Old School TT Scrambles. With the number of calls they had been receiving regarding  the availability to come in Friday to camp, the organizers reached out the the Glen Helen folks to see if it would be possible for them to open the gates on Friday to accommodate those coming from afar.

Glen Helen Raceway has made the arrangements needed and will have the gates open this Friday, January 25th from 12pm to 8pm for those who want to come in early and camp for Saturday’s event.

Kawasaki just announced its Team Green rewards program which includes increased emphasis on off road racing. Enrolled racers who earn Racer Rewards will get a Kawasaki Contingency Rewards MasterCard can be used wherever MasterCard is accepted. Most of the big off road venues are covered, and in most cases, Kawasaki will pay a qualified class winner about $100. The big venues get the big payouts. The biggest of all is the GNCC series, and the XC1 Pro winner will earn $5000 if he’s on a Kawasaki. WORCS, NGPC and Endurocross pro wins are worth $2500, while National Enduro, Sprint Enduro, Sprint Hero and National Hare and Hound pro wins are good for $1000. The toll-free customer service support is1-866-535-2544. All participating Kawasaki racers must activate their Racer Rewards account and submit a w9 form each calendar year. More information is available online athttps://www.kawasaki.com/racing/team-green/racer-rewards