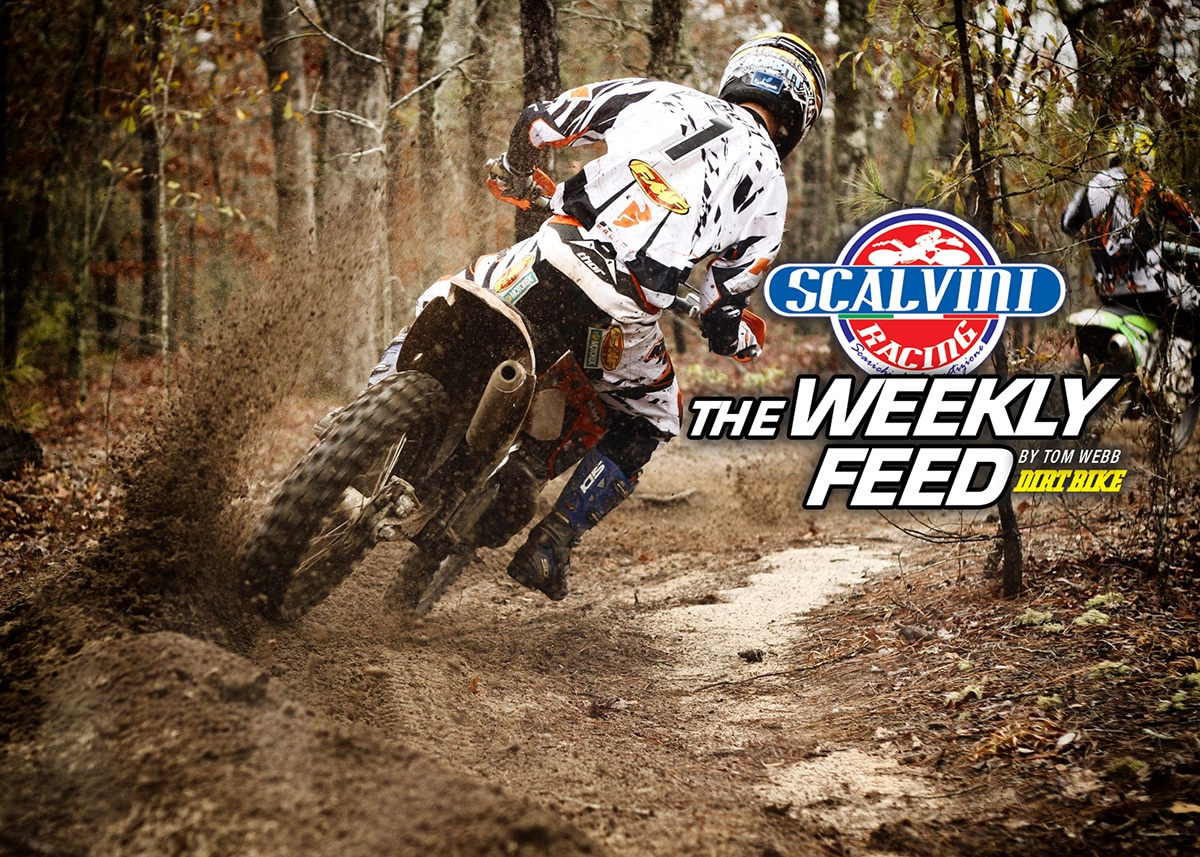 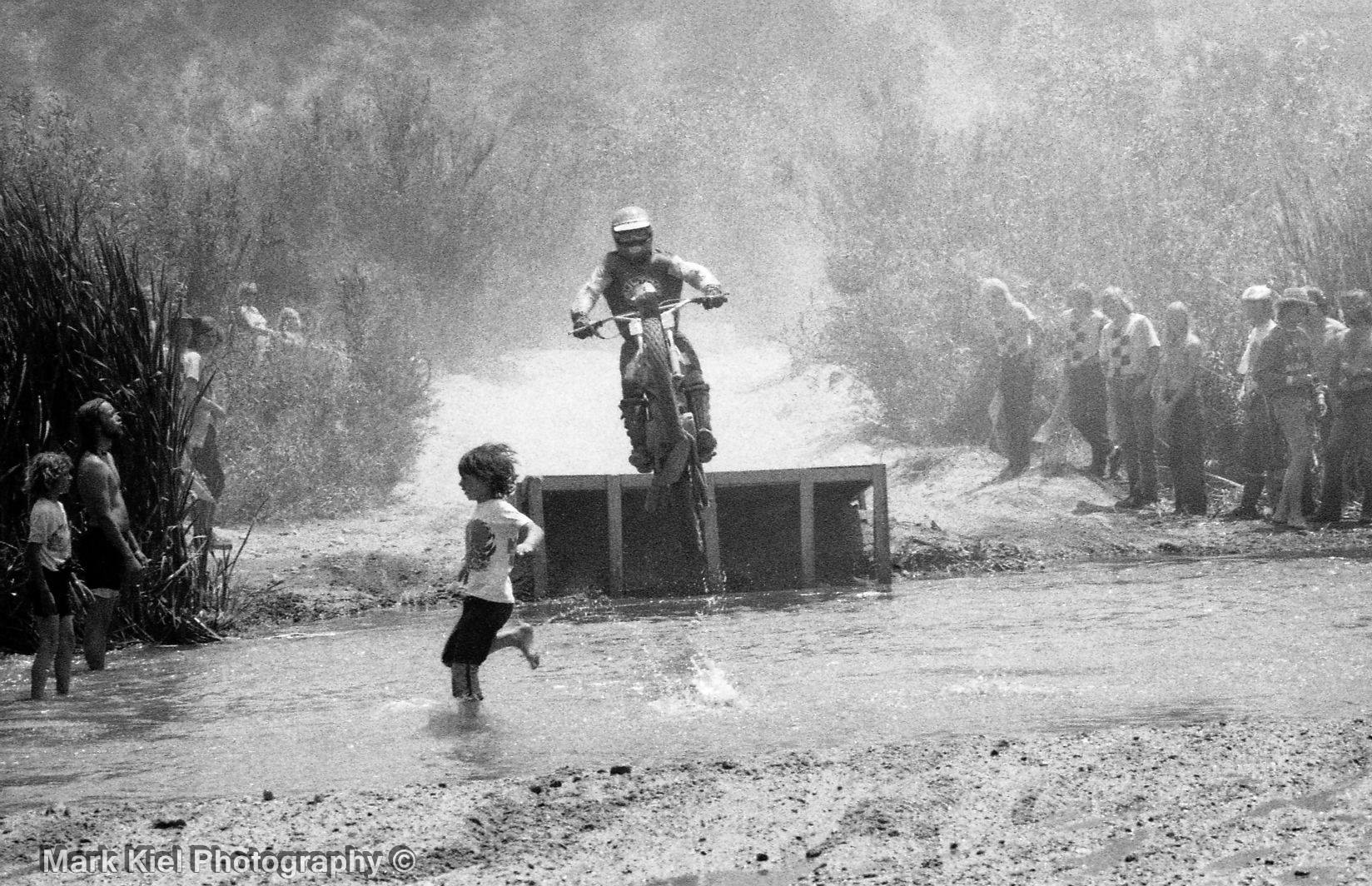 What a shot from the 1975 Viewfinders Grand Prix at Indian Dunes. The river jump was always wild and this Bultaco rider certainly just about sucked the seat cover off of his machine. Great catch Mr. Kiel! 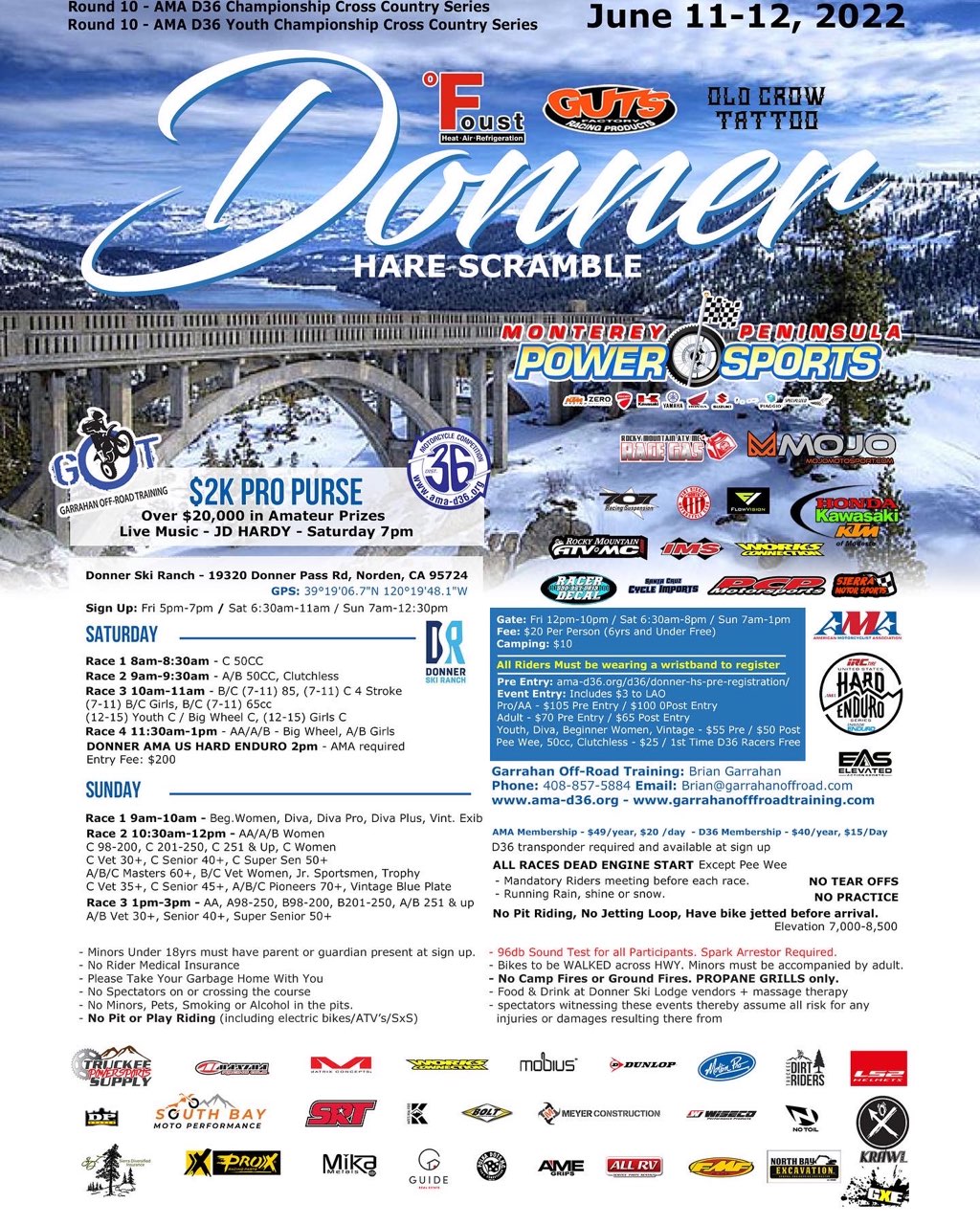 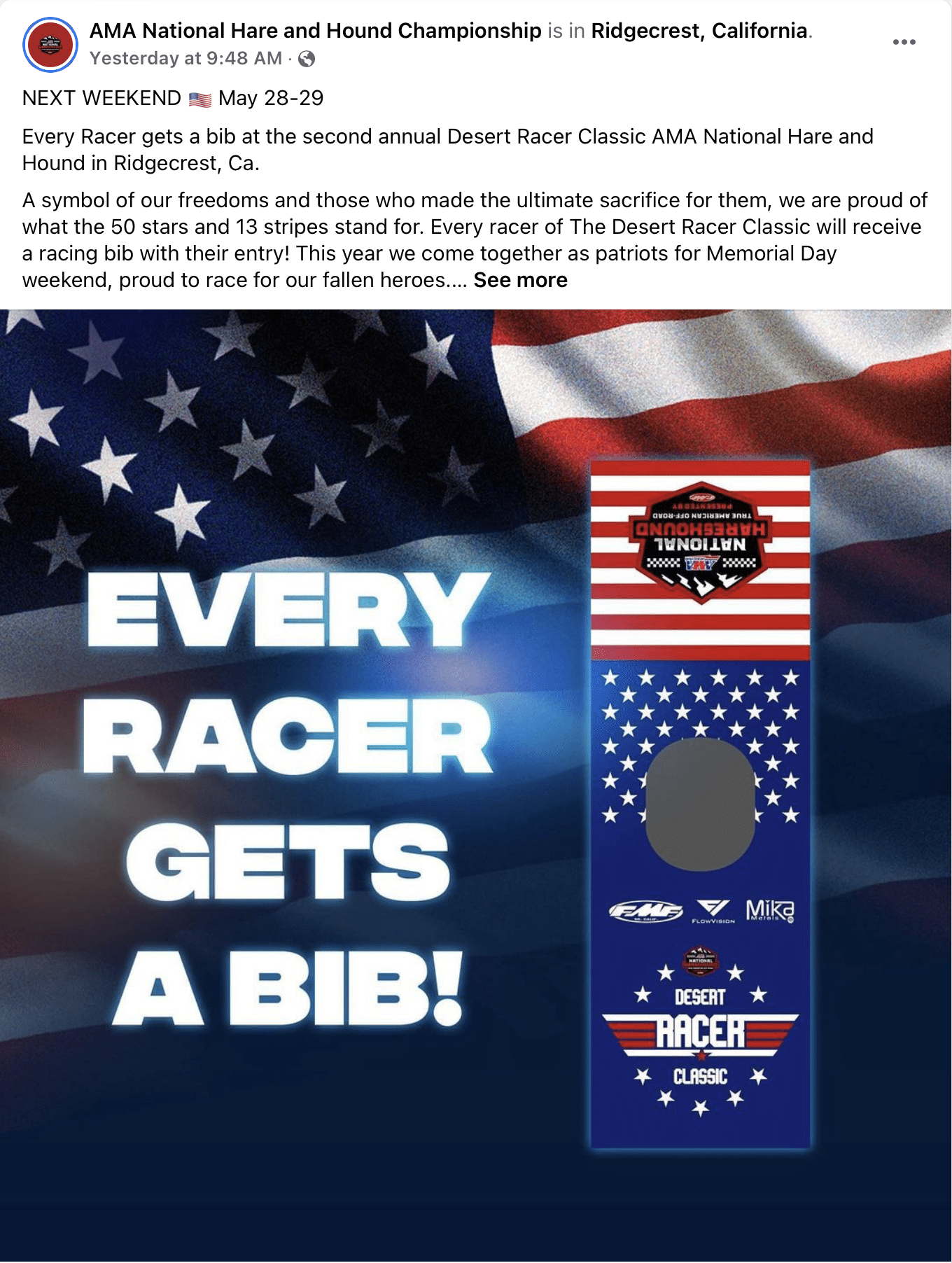 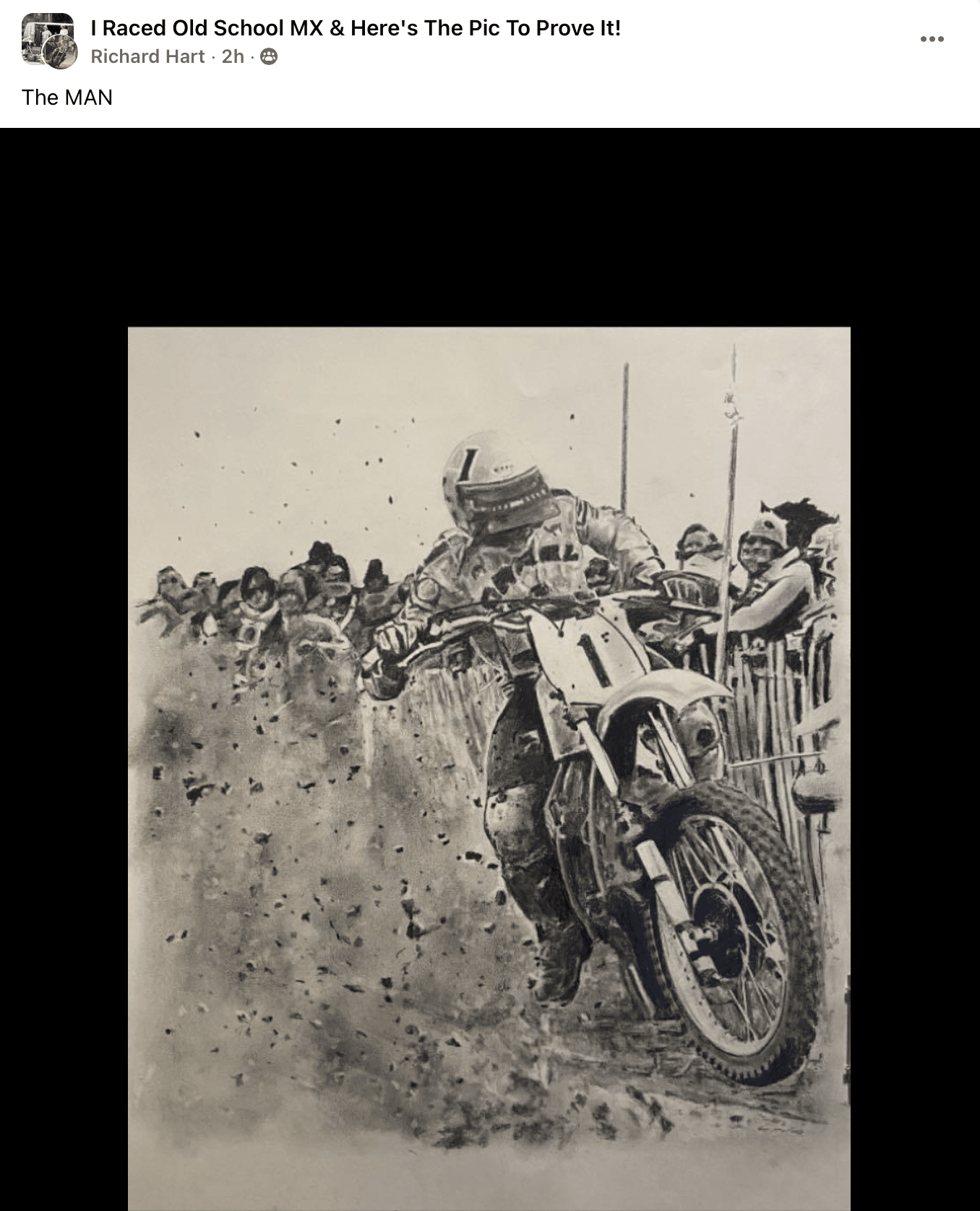 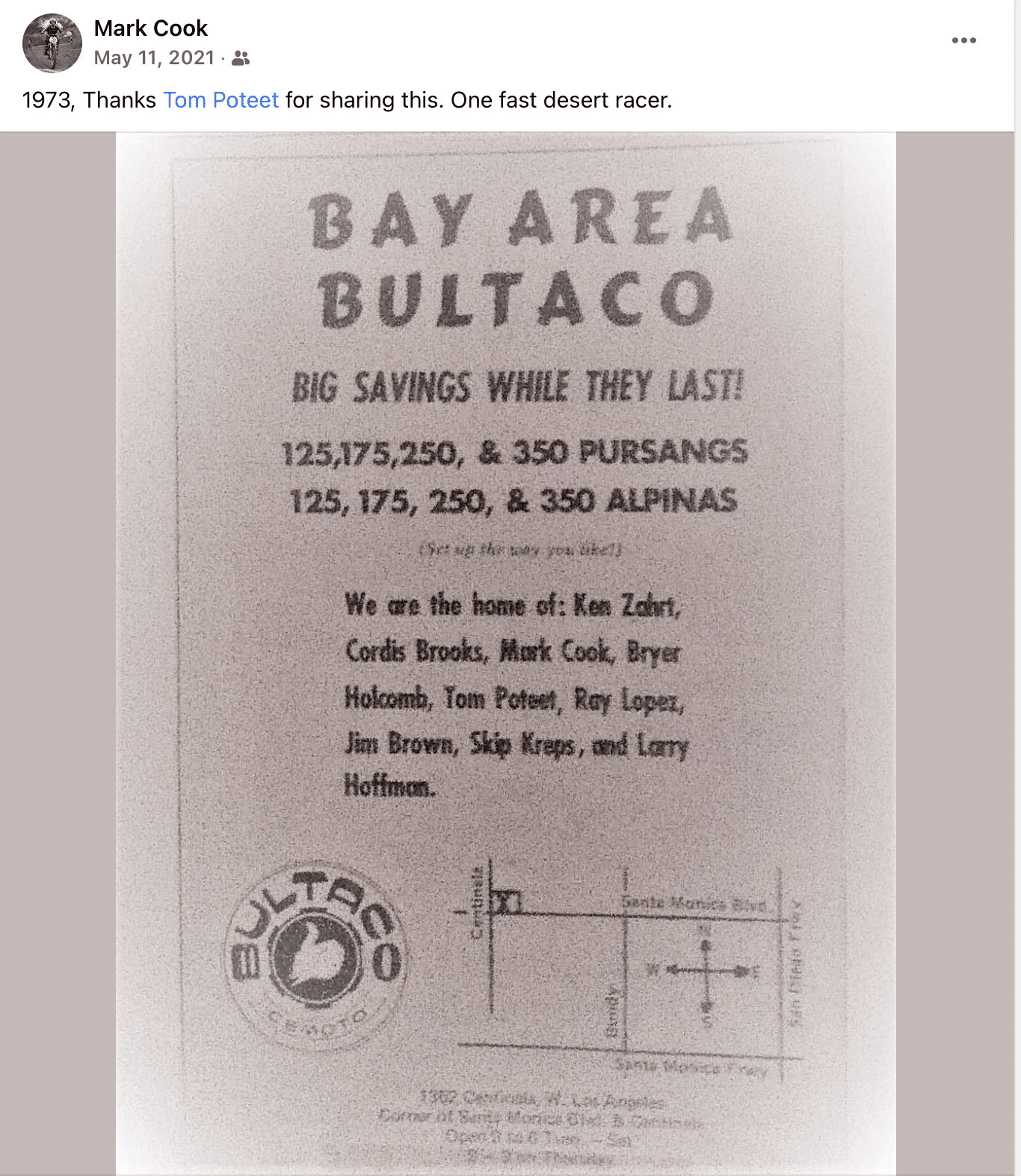 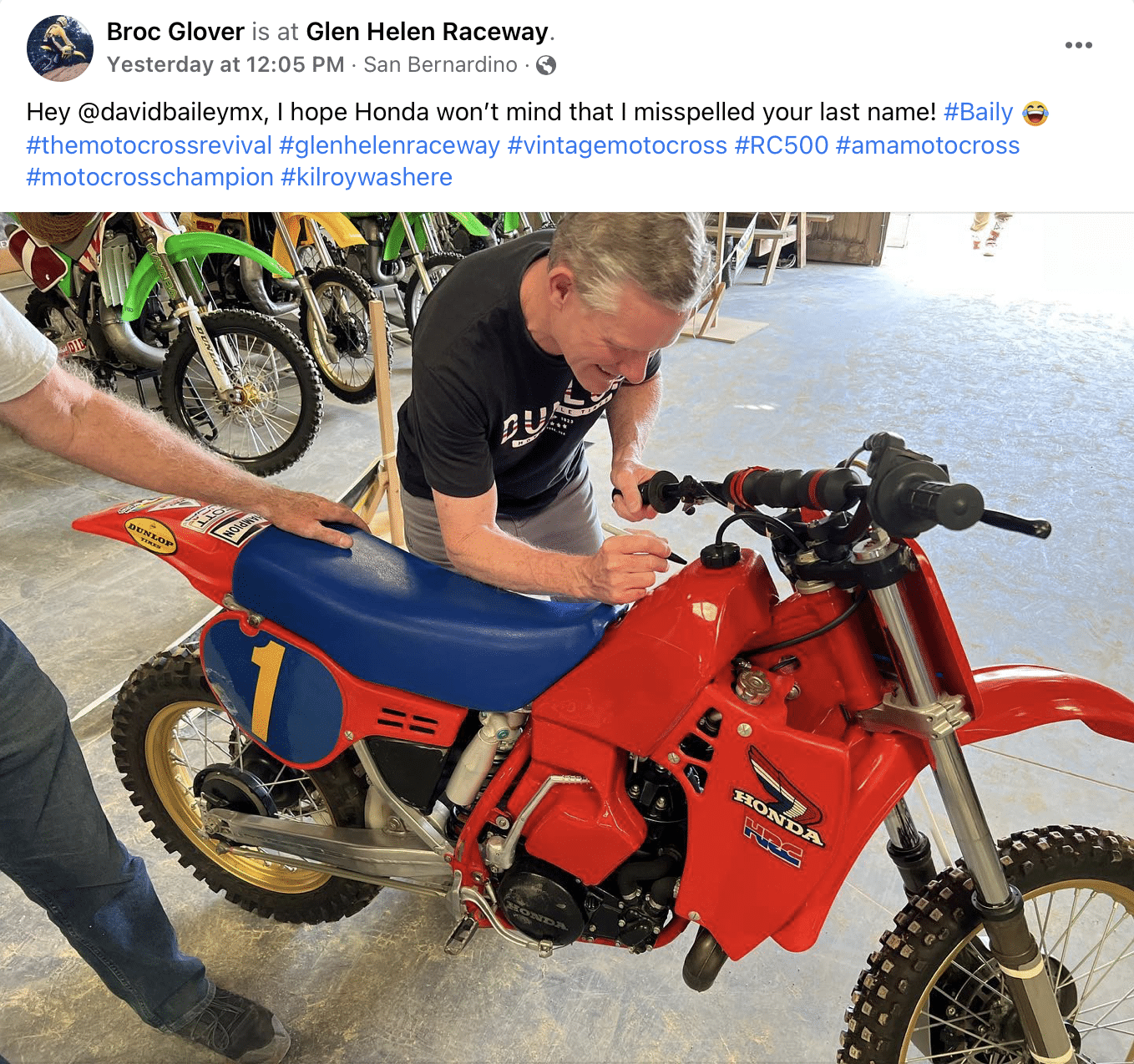 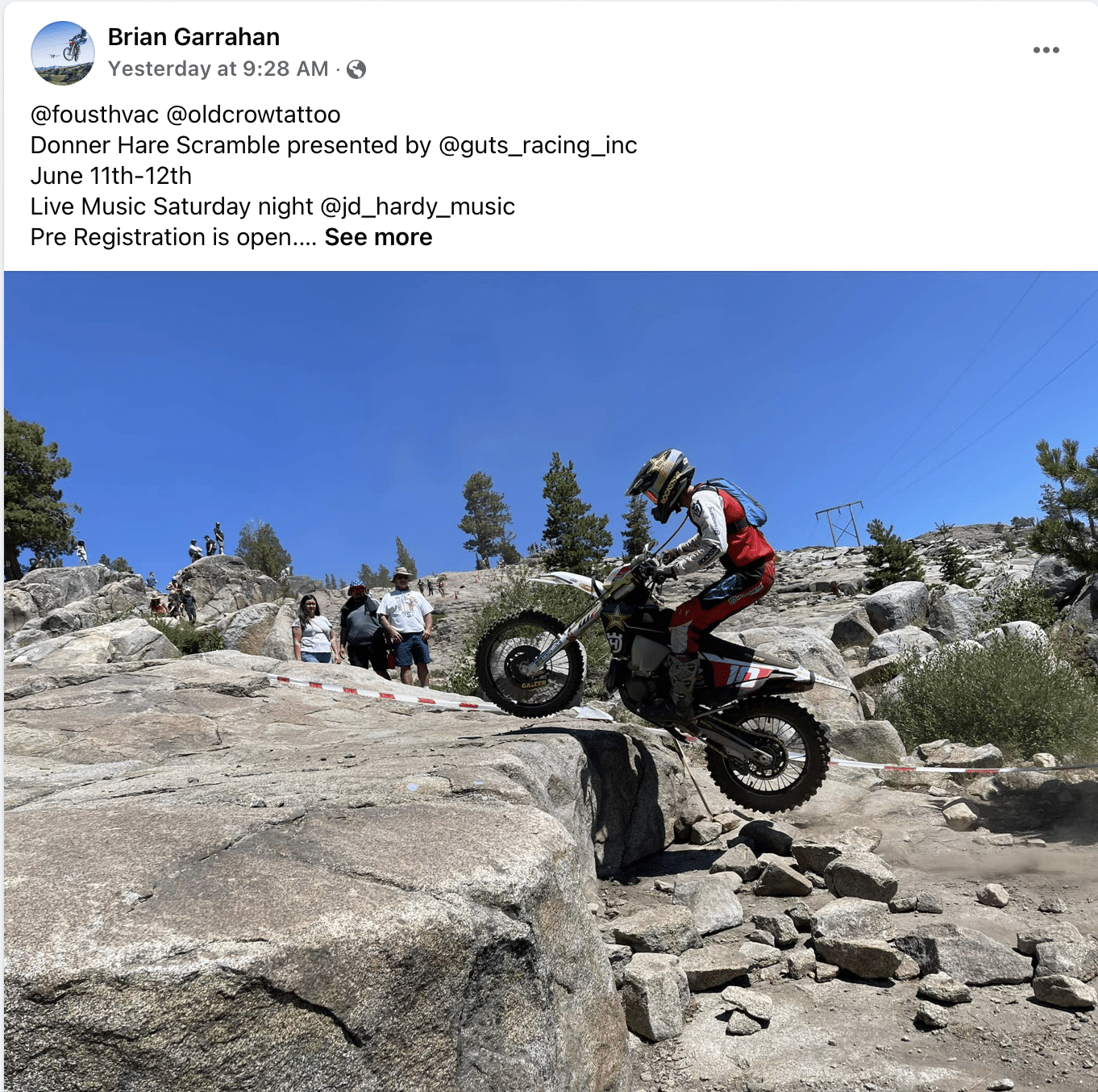 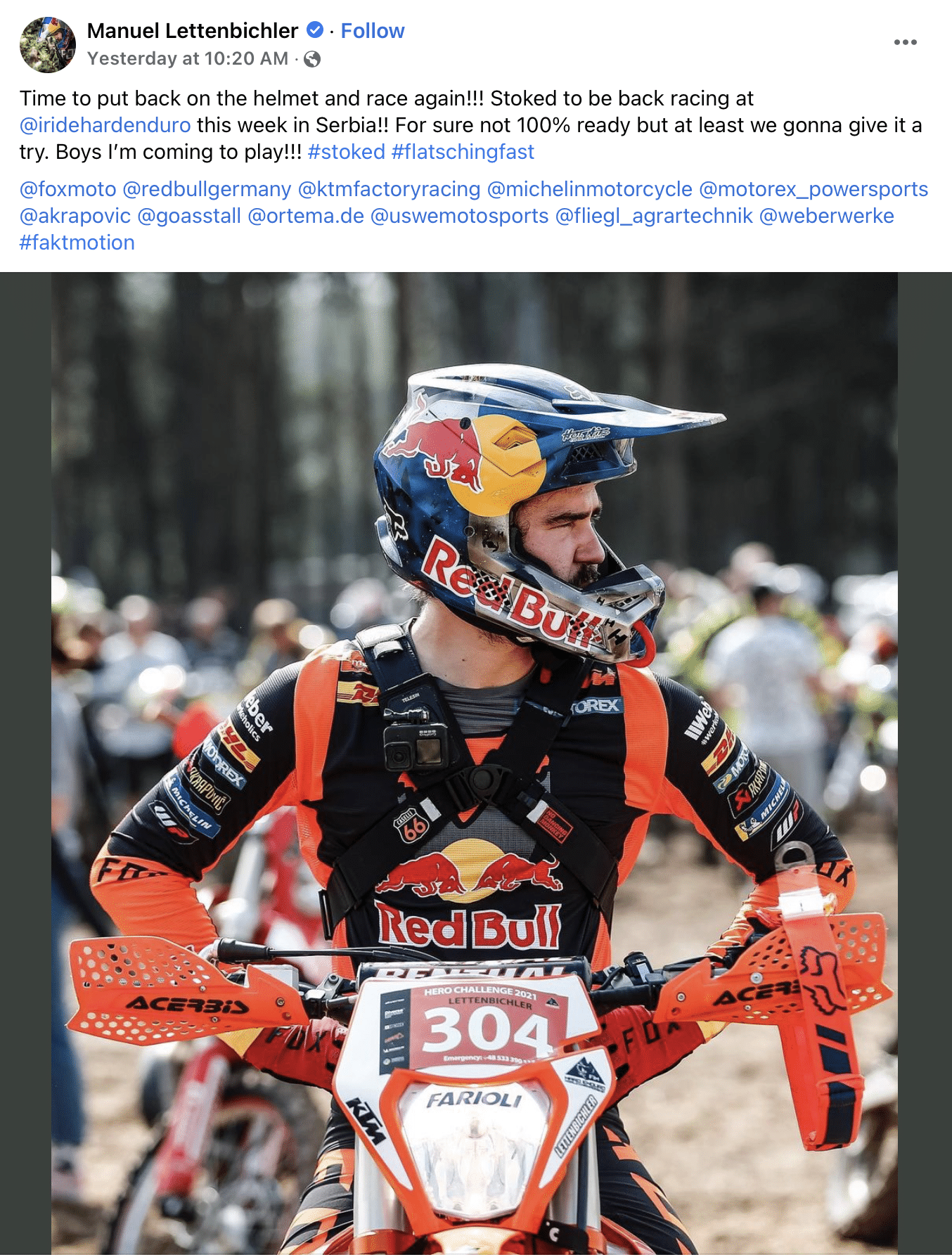 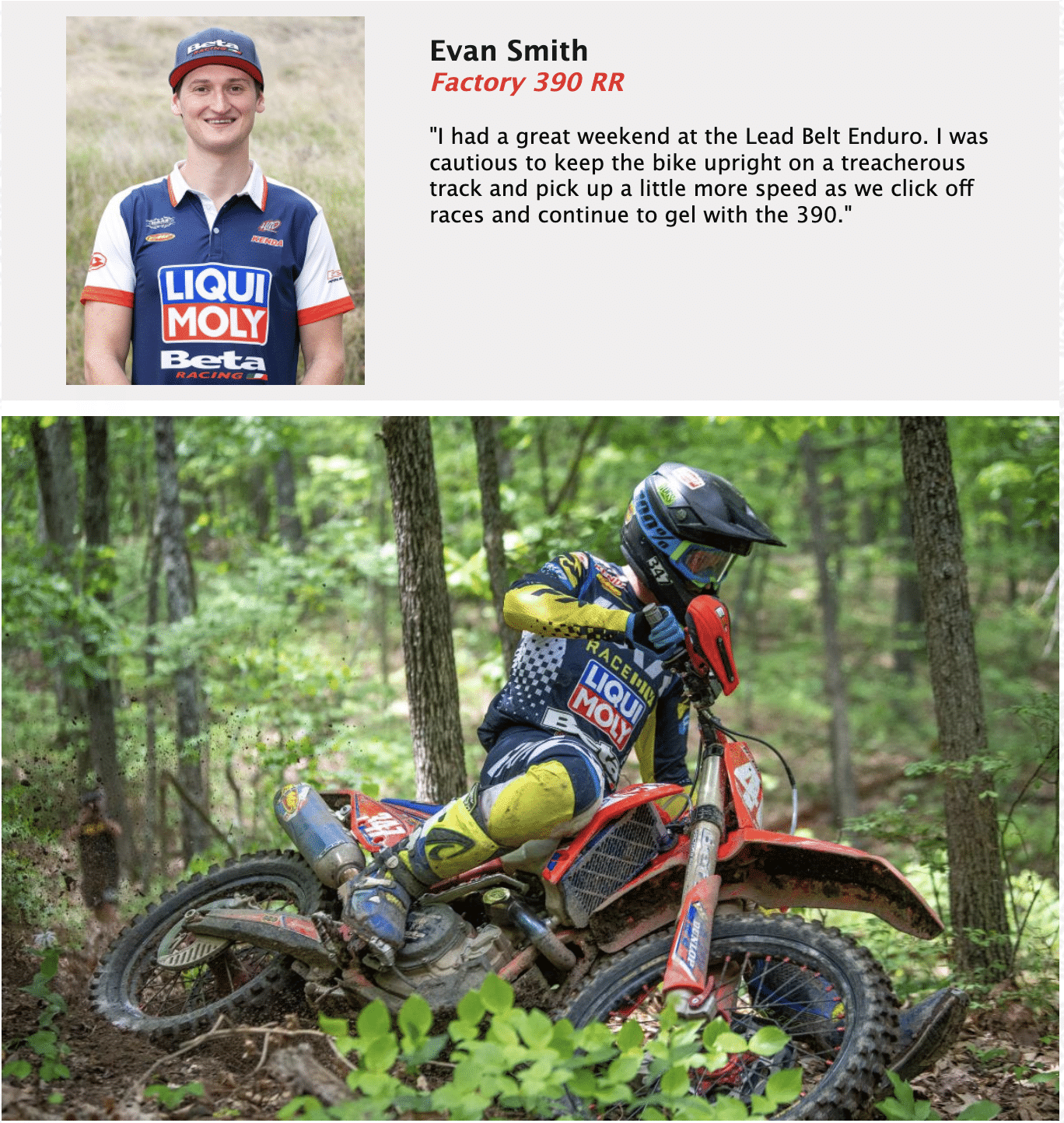 DIRT BIKE MAGAZINE BACK IN THE DAY 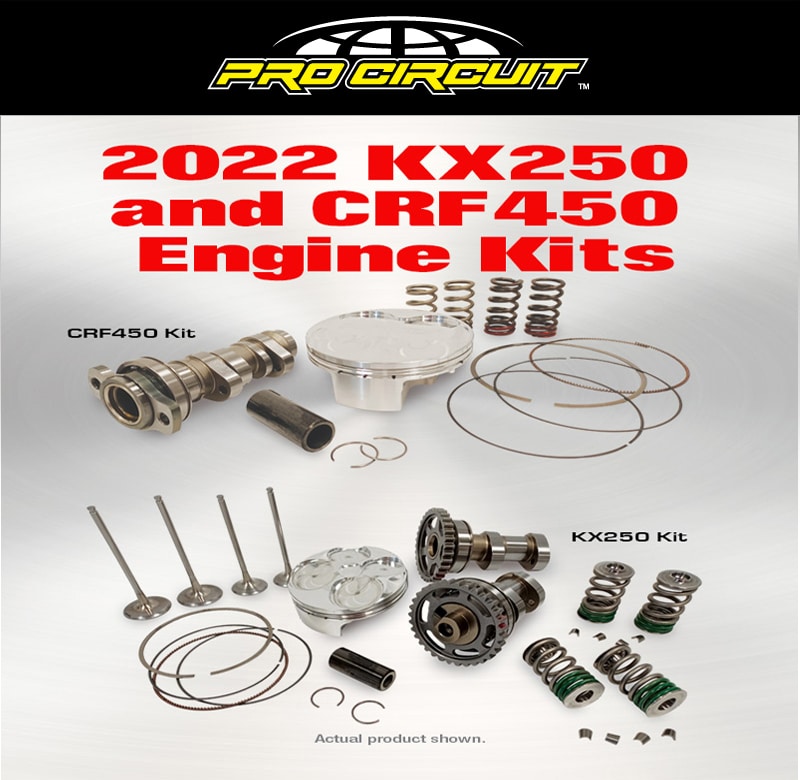 The KX250 comes with both the High Compression Piston Kit and the Camshaft, but adds Titanium Exhaust and Intake Valves along with a Valve Spring Kit. Both the Exhaust and Intake Valves are designed based on race technology and manufactured by Del West, a leader in F1 racing valve technology. ,Each valve is made of strong titanium and spread with a thermal-nitride coating to increase performance, durability and reduce normal wear. 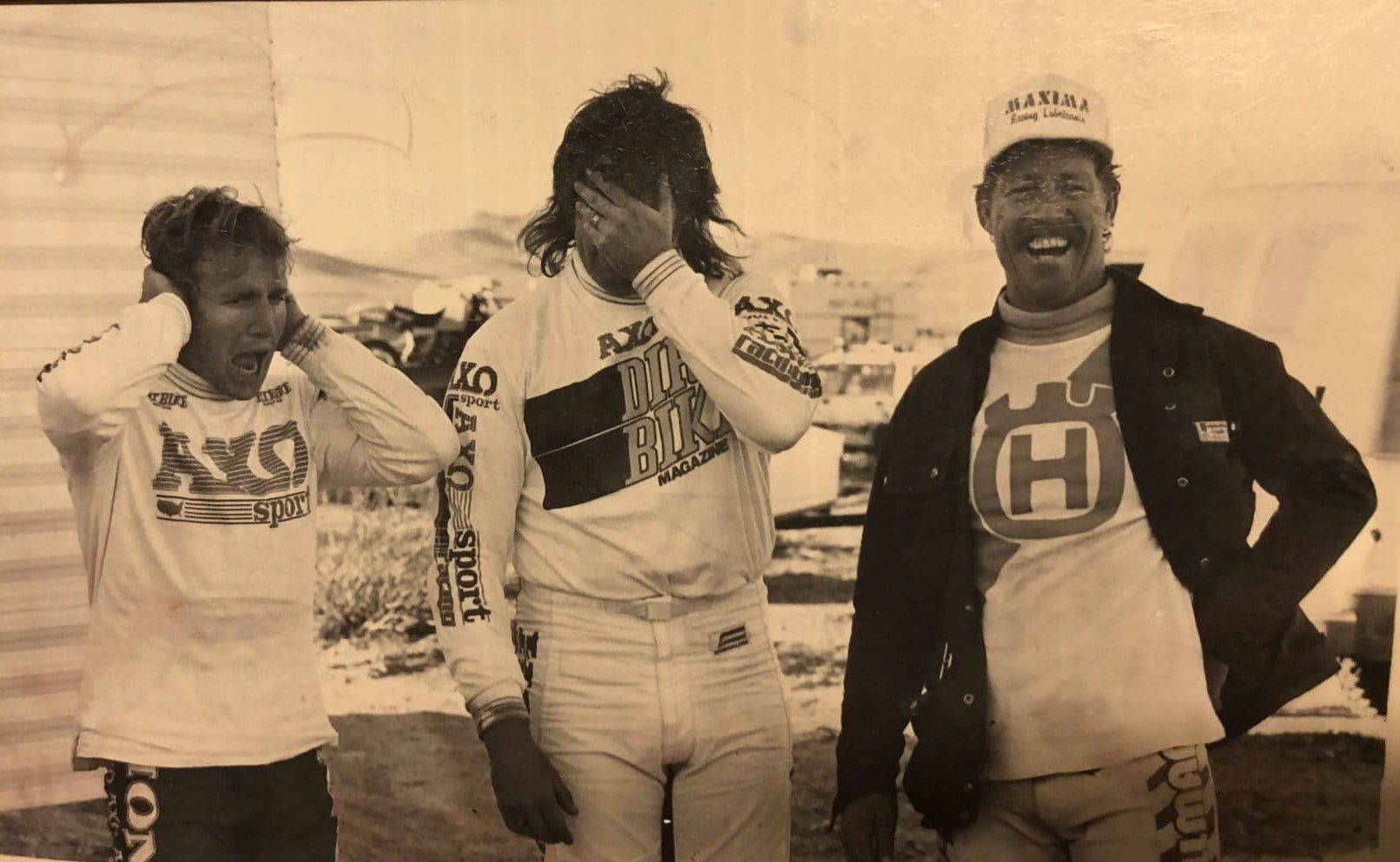 This is just prior to the start of the Barstow to Vegas race in 1983. The race had been “interrupted” by the BLM since 1974 and 1016 racers entered the famous event. I’m here with Joe Colombero to my left and Randy Daugherty to my right. Joe and I worked together at Dirt Bike and Randy was a great friend and riding partner. None of us were savvy desert racers and went in blind. I remember that my pit crew was Roost (my better half) and Kevin who worked at Dirt Wheels. Two big things are stuck in the memory goo, first I was racing a Honda XR500 that was modified. And I couldn’t start it. It took anywhere from 10-50 kicks. On the starting line which is a ‘dead engine’ start a great enduro buddy of mine Bill Fulmer Sr. moseyed over and said to start it and let it idle. No one will notice as they’re all focused on the drop of the banner.

Incredibly, I followed his sage and it worked.

By the first gas stop I was in the top 15 and dealing with speeds that quite foreign to an enduro geek. But the gas stop was a stunner. It was like a city with banners, placards, flags and people all jostling for a good position to gas their rider. And I was looking for a little red head toting a gas can.

Incredibly once again. I found her immediately.

Off I went and was still running well when I got to the second gas stop- Kevin’s. I slowed considerably and waited for him to jump out and stop me as there were hundreds of people in the half mile long pit row. No such luck and I figured there must be another stop around the corner.

Randy finished. Not sure about Joe.

Kevin said I looked right at him and just kept going. I’m certain the racing gods were not pumped about me taking liberties with the start and I was happy to get out there smiling and in one piece.