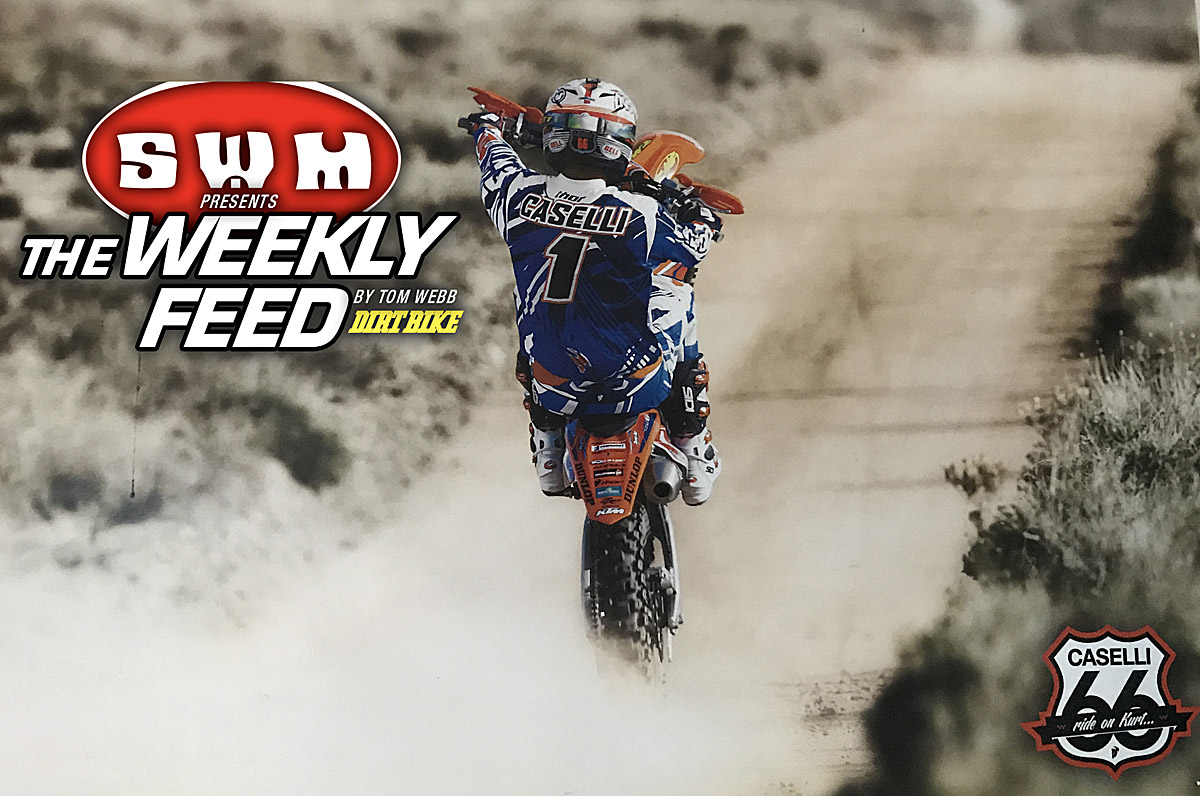 BLAST FROM THE PAST: Kurt Caselli

The Chaparral Motorsports, Precision Concepts, Kawasaki Team Green crew invaded Sin City for the fifth round of the 2019 WORCS series. The Las Vegas round is a very unique stop on the circuit. To start, the tighter, arena-style racing is quite a break from the traditional terrain. Additionally, the endurocross-style obstacles and shorter race length increase the intensity and unpredictability.

Zach was lined up on the extreme inside for the dead-engine start of the forty-five-minute pro race. At the wave of the green flag, his bike fired instantly and Zach was only beaten to the first turn by his teammate. Bell was able to square up his stablemate early on lap one and took off in the lead. Just as the first lap ended, Zach made a small bobble in the difficult rock section, losing the lead to Dante Oliviera. Bell then lost second place to Taylor Robert as he played it slightly conservative on the slippery pavement section.

Within a couple laps, Zach had found the lead pace and closed the distance to Oliviera, who had dropped to second. Around the halfway point, Dante opened the inside line just enough for Zach to make the pass through a log section. From there, Bell set quick laps, trading fast times with Robert, and closing to within ten seconds at one point. Zach held a good pace to the finish, losing a little time in the closing ten minutes, but claiming an impressive second.

In His Own Words

“The whole weekend went great. I’m getting better and better in the rocks and more comfortable in these kinds of obstacles. I got off to a second-place start behind Blayne again, he ripped the start. It was a good position considering my start pick. I made a few mistakes the first couple laps and those guys got around me. Looking back, I was being a little timid the first few laps with how slick it was. Then, after that I started picking up the pace. I passed Dante and was really trying to keep an eye on Taylor. I was matching his pace for a good ten or fifteen minutes, and I was happy about that. Once we got into the later laps, lappers played a part in the race. [The lappers] were battling and I couldn’t get by them for a while. But it was good. Getting second here is great. I’m learning and building, and feeling good.” 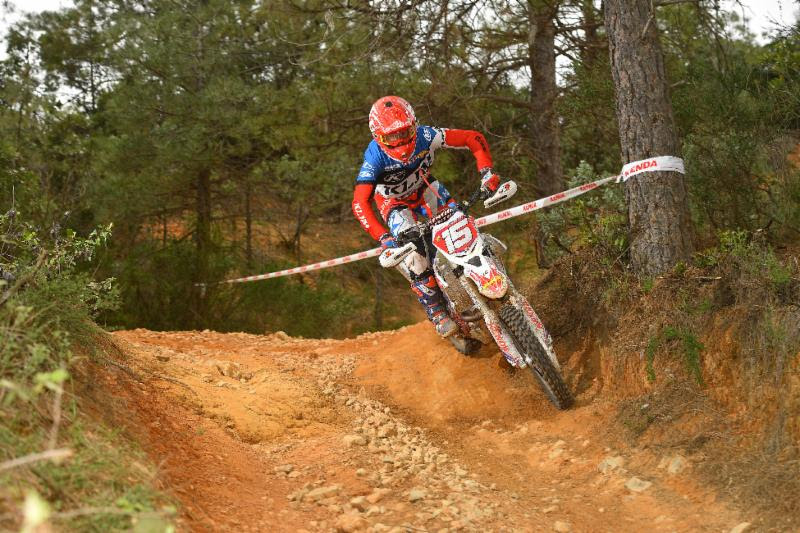 “The Shasta Dam Grand Prix went well! My 430 got me off to a great start. I was able to get into the lead and bring it all the way to the finish. The course had all types of riding from tight single track to wide open roads so I had a ton of fun. My team did a great job in the pits as we pitted every lap of the 28 mile loop. I am happy to build some momentum and expand my points lead.” 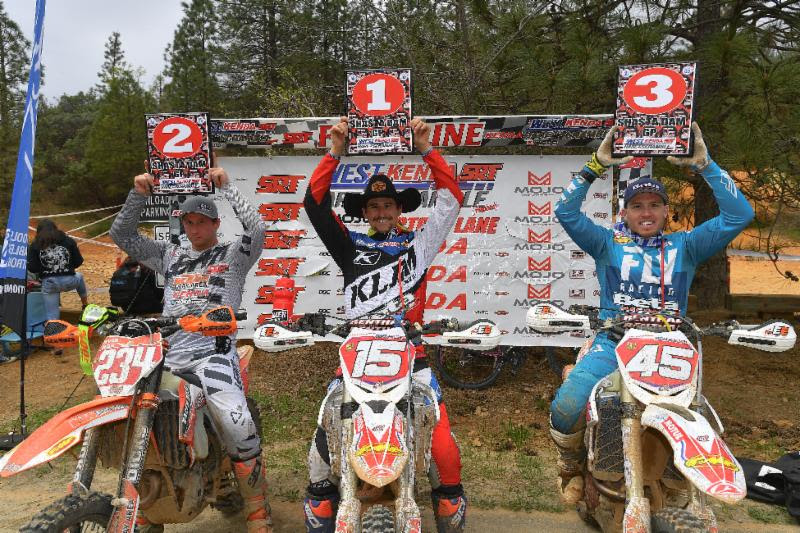 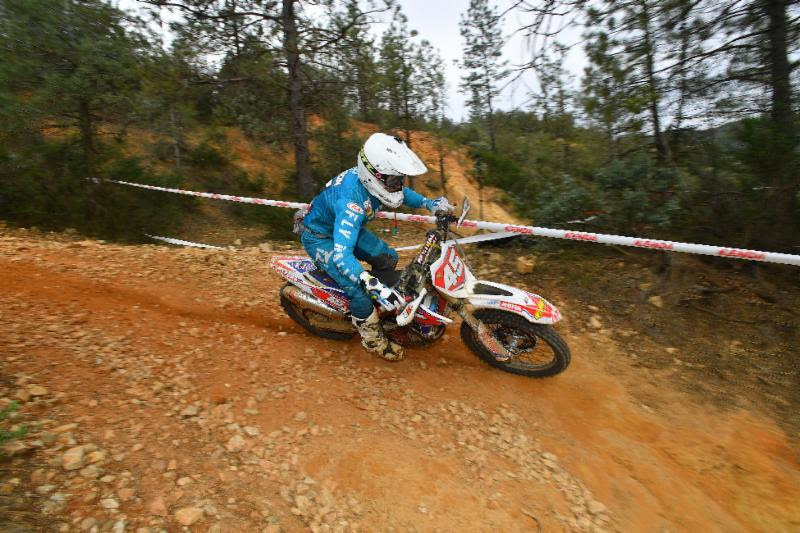 “Lake Shasta… I had a lot of work cut out for me after a bad start. I put my head down and started charging. I was able to make my way to the front of the pack, but I used a lot of energy and focus getting up there. I made a few mistakes and was sitting 3rd, so I made the decision to settle in there and ride to the finish. I probably could have charged harder, and got into second, but I didn’t wanna push myself into a mistake and risk crashing.”
MORGAN TANKE
Bike: Beta 250 RR Race Edition 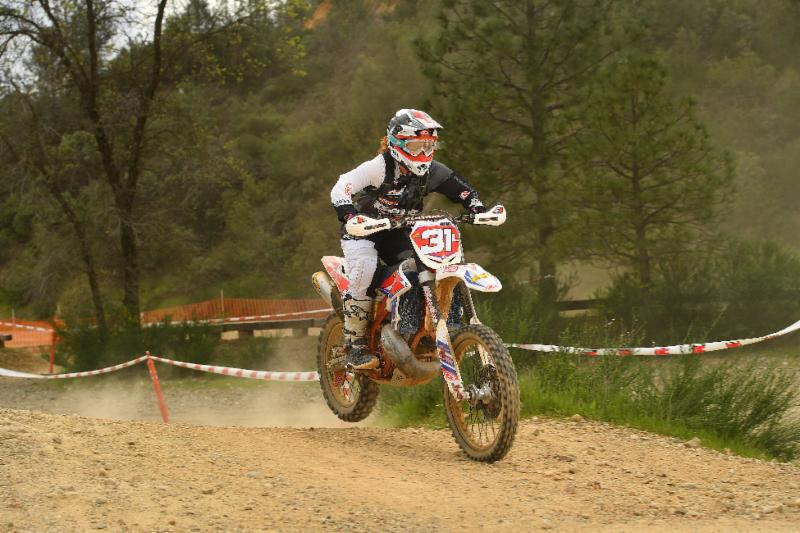 “I got off to a great start at the Shasta WHS with the holeshot. After leading for a bit I developed a bad case of arm pump and was having a hard time holding on. I was able to shake it off about halfway through the race and catch back up to the leader. With about a half lap to go I made the pass into the lead again and held it to the finish! I’m super excited to get my Beta up on the top step!” 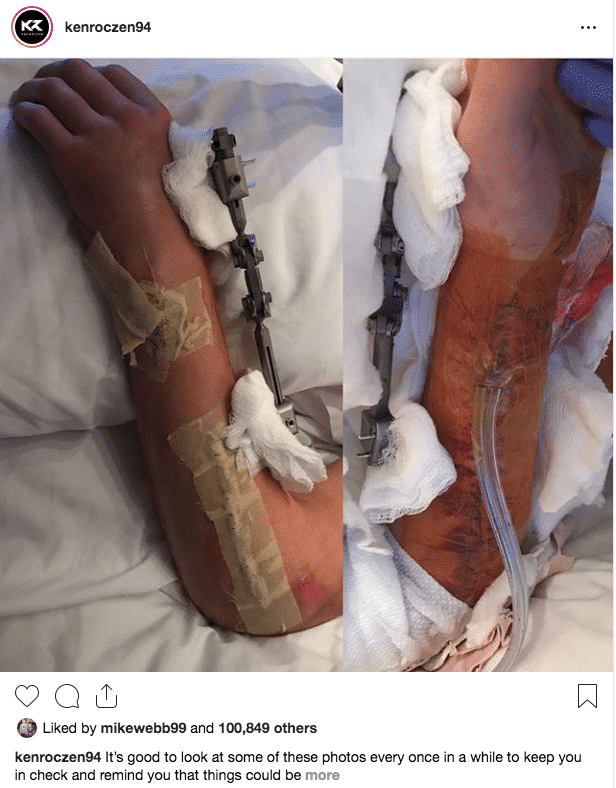 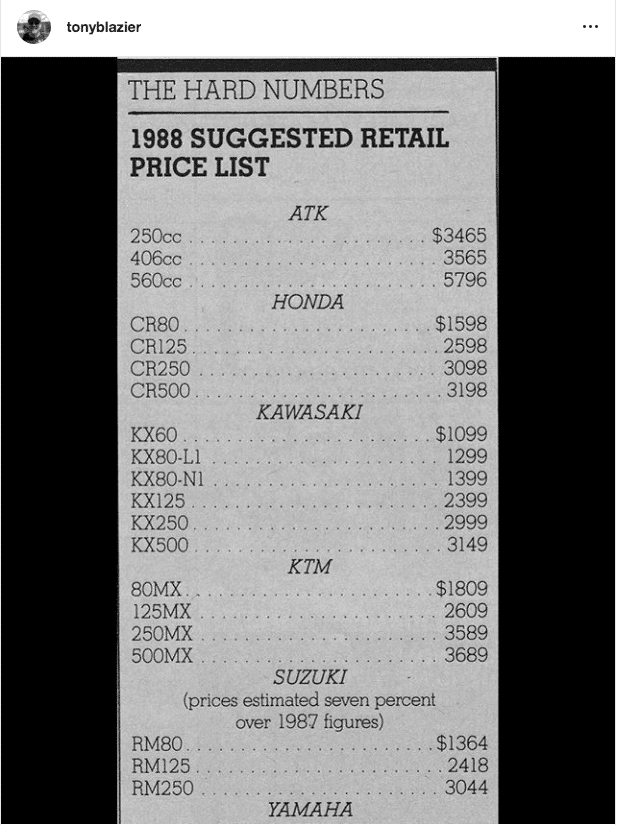 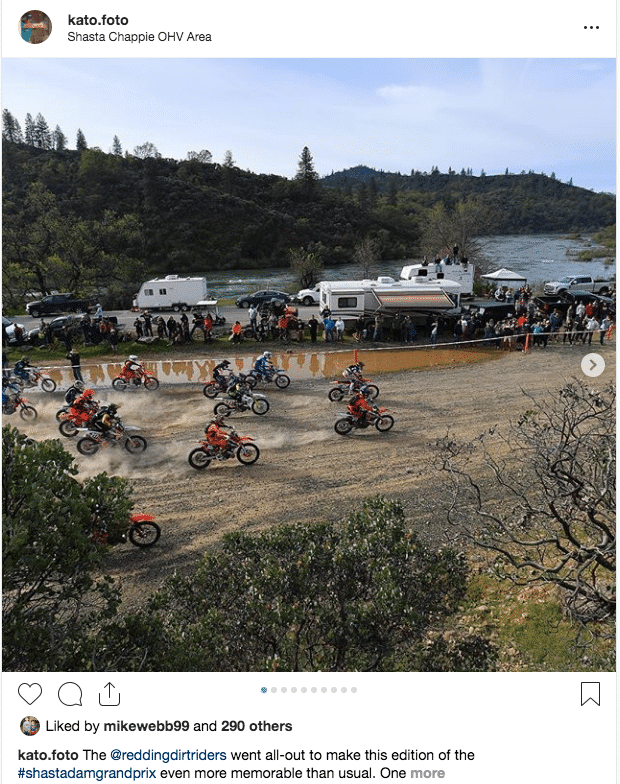 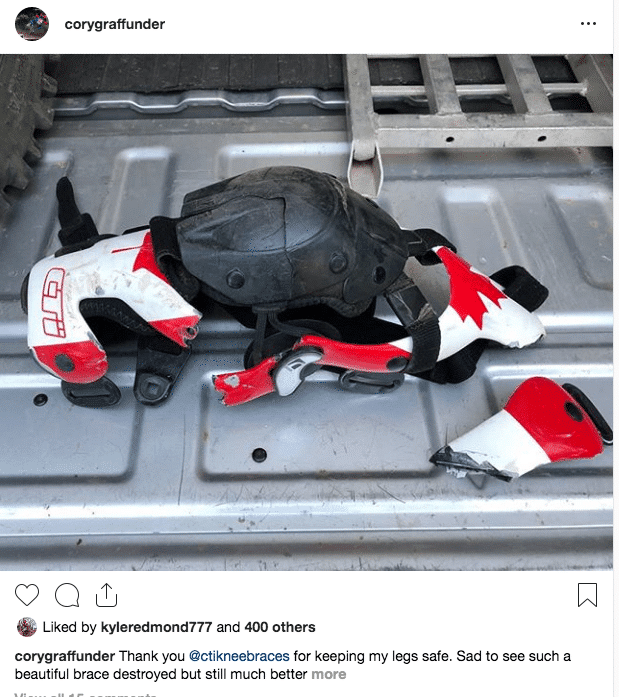 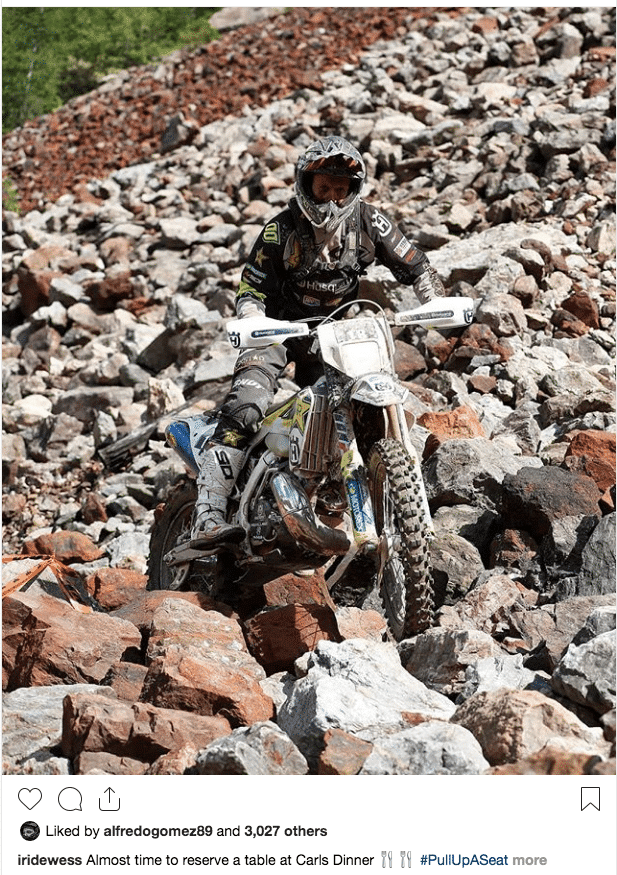 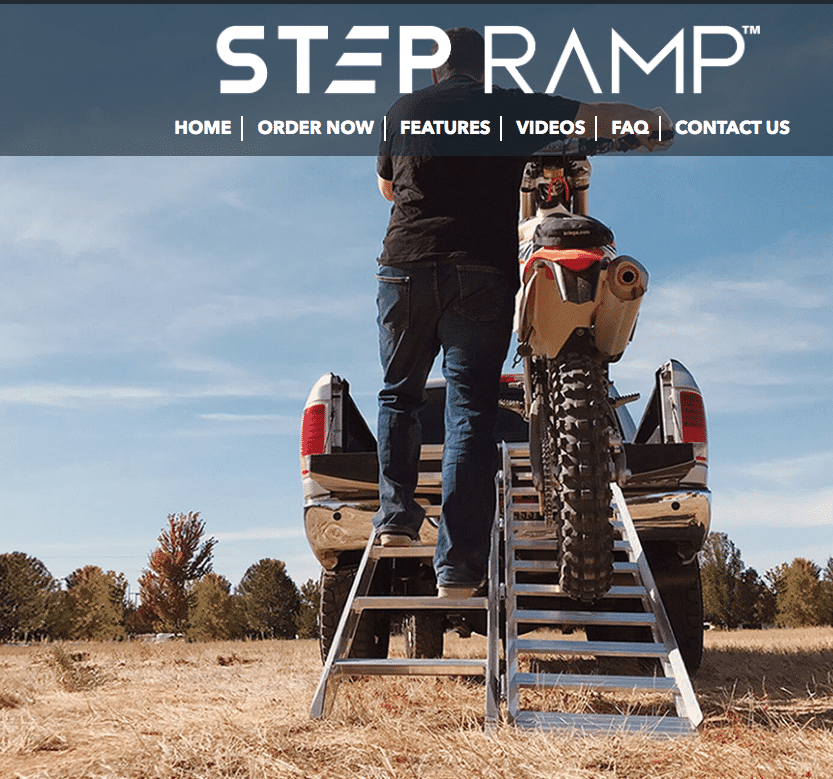 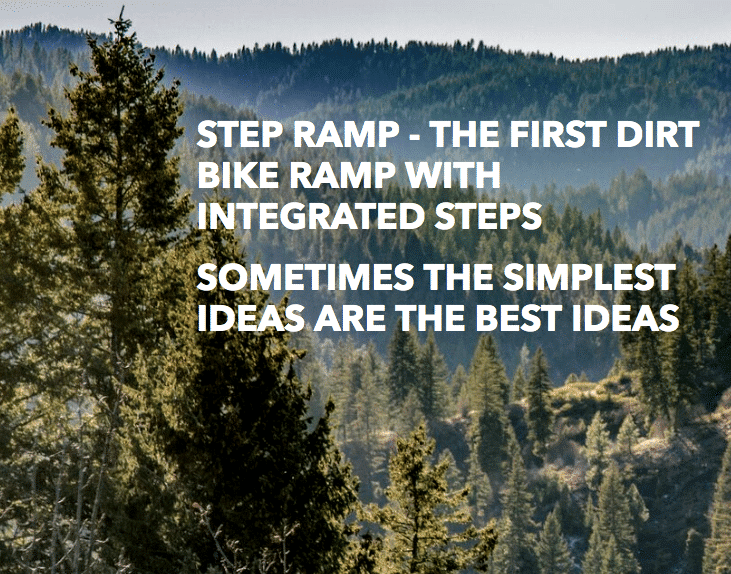 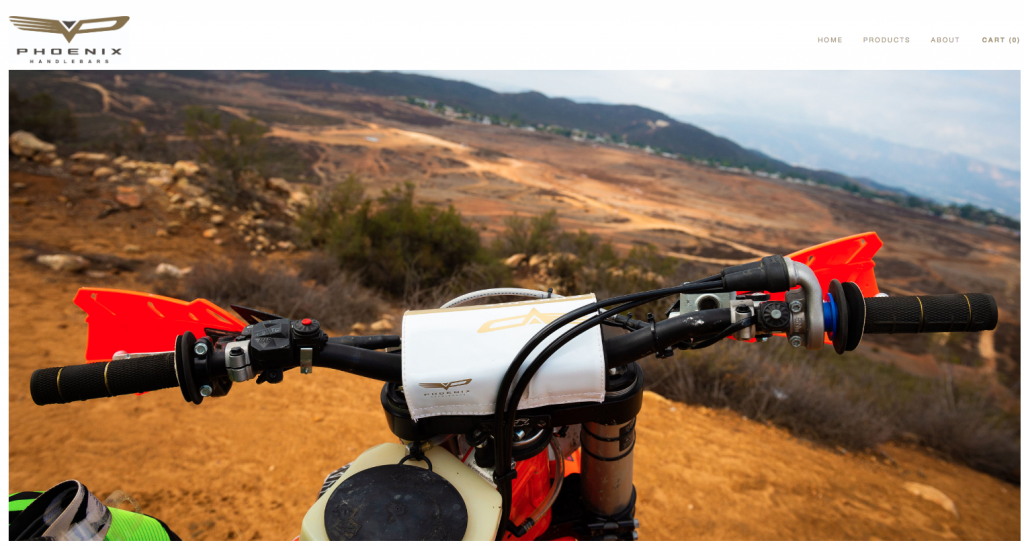 -The oversized clamp area is 1 1/8” to allow for a tapered design that creates strength while eliminating the crossbar clamp to allow added flexibility.

-Keeping your elbows up is critical to control your bike. All of our bars have a 57mm sweep that helps put you in that proper position.

-Four different rises allow for an easier choice in finding the right bar for your motorcycle.

-Laser-etched cut-lines on the ends of the bars help for those that are dodging tight trees and need to shave off metal. Or maybe you simply feel the 800mm width feels too wide.

PRODUCTS: BACK IN THE DAY

Donnie Emler always had a vision for his brand. The FMF logo came to him when he kept seeing STP logos on every truck grill he saw on the road. The FMF logo, now legendary can be seen on jillions of Ford truck badges across the planet.

With his expansion chambers he wanted them to be set apart from others so he chromed them. He came up with the Fat Boy when he discovered that going big in the belly section helped get him power gains. He was forced to kill the Fat Boy mark when Harley Davidson gave him a cease and desist, since they owned the trademark. It became the Fatty and is the most popular 2-stroke pipe on the planet. 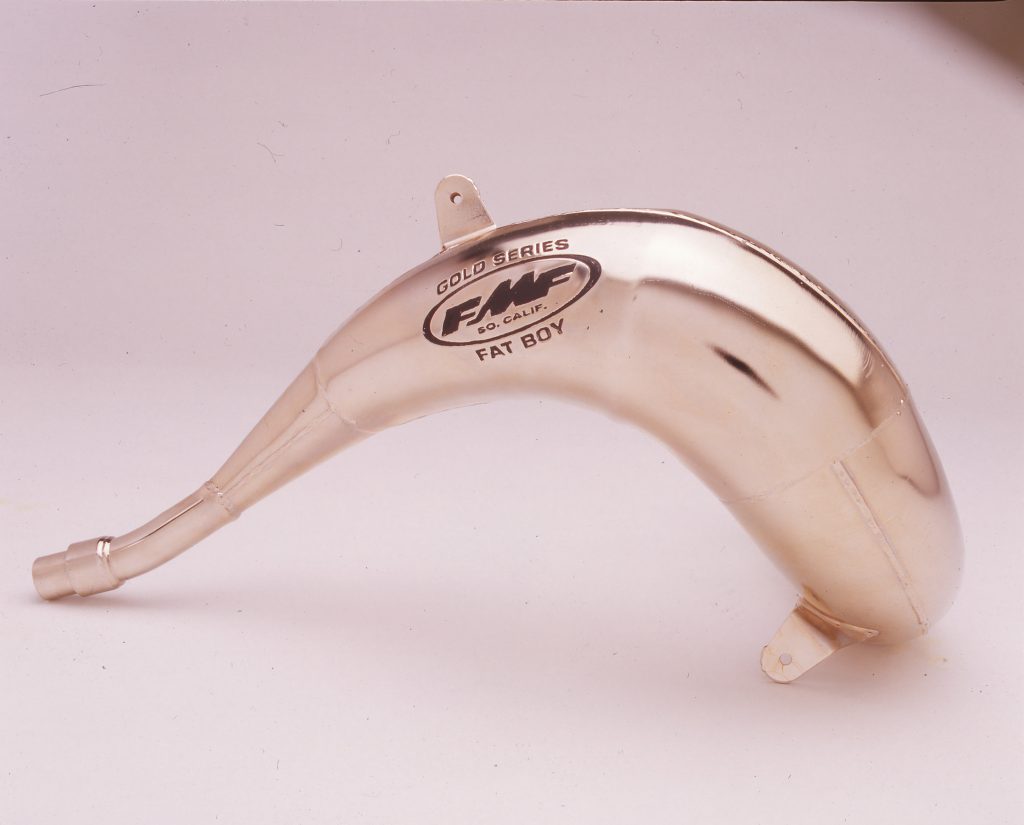 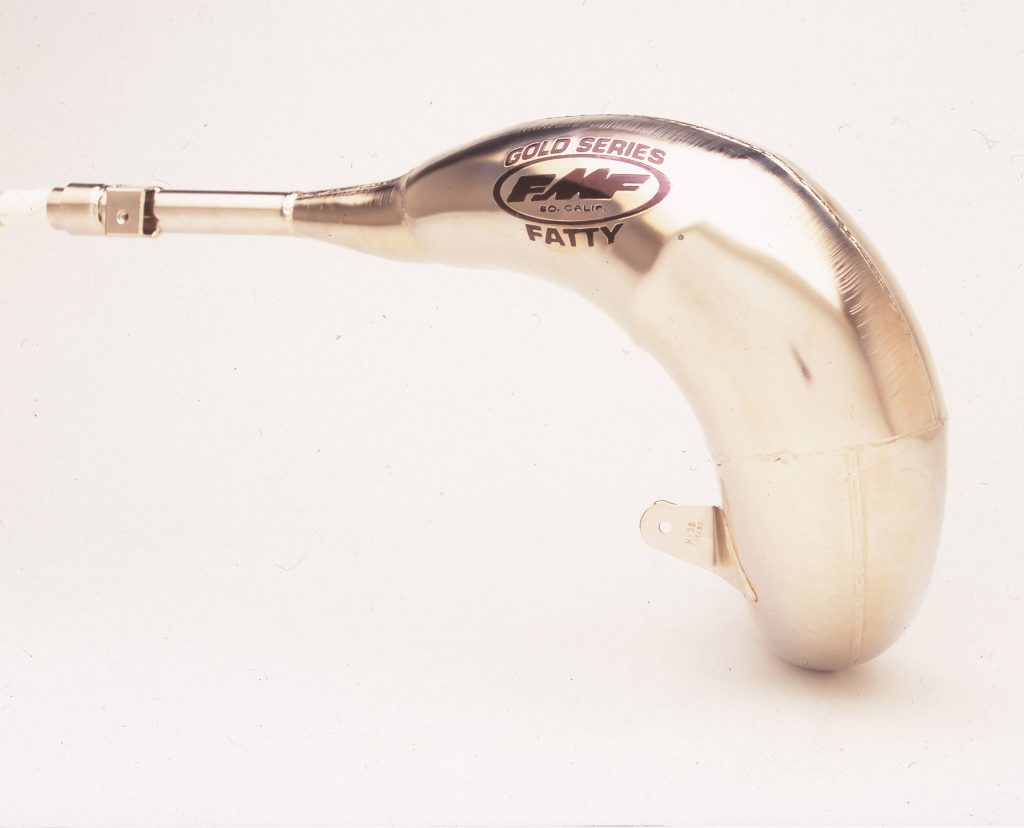 This was back in 1983. Honda had come out with their 5-speed CR480 and it was a superb do-it-all machine. I had been a compete Husky nut, but their switch from the 430 to a 500 didn’t work for me. The Honda made great broad power, was a little light in the flywheel department; but the handling was sharp and the suspension incredible. I did pretty well inn the enduro scene racing it, it was fairly stock except for a Preston Petty headlight and a Suzuki PE odometer, This event was the Prospector’s Enduro, and was a pretty tough snow run. We’d had a gnarly winter and the desert was a snow-fest. I ended up winning, and this was my second or third Prospector’s enduro win. Their event was a biggie, being one of the tough runs in the District 37 Enduro scene. 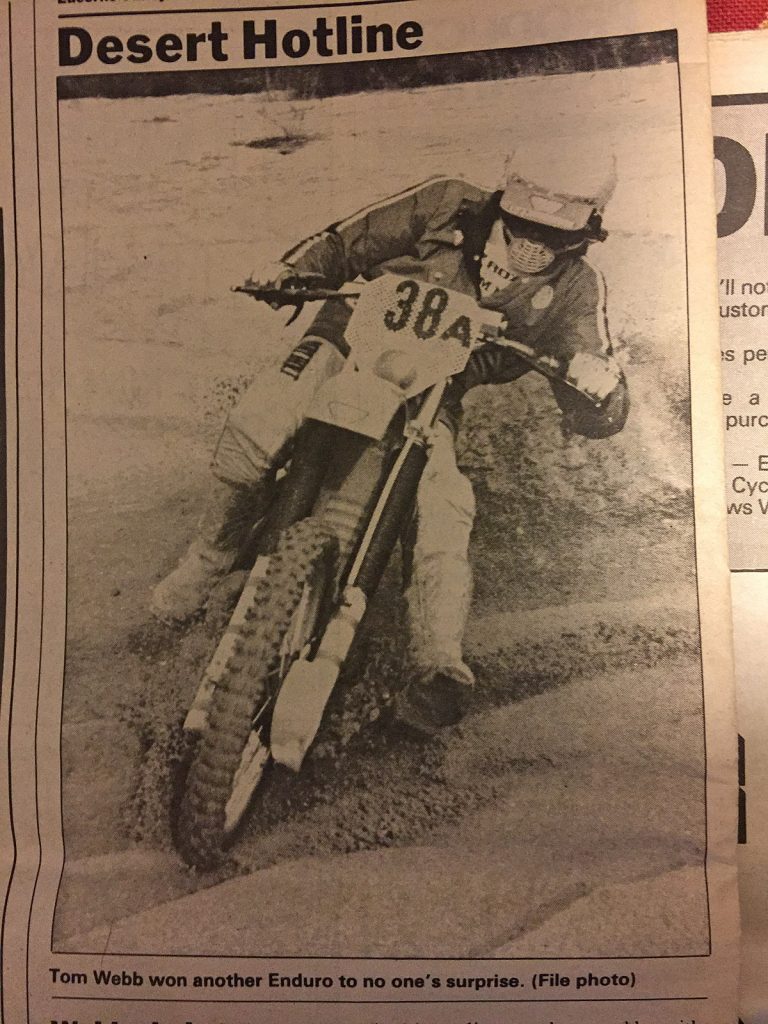 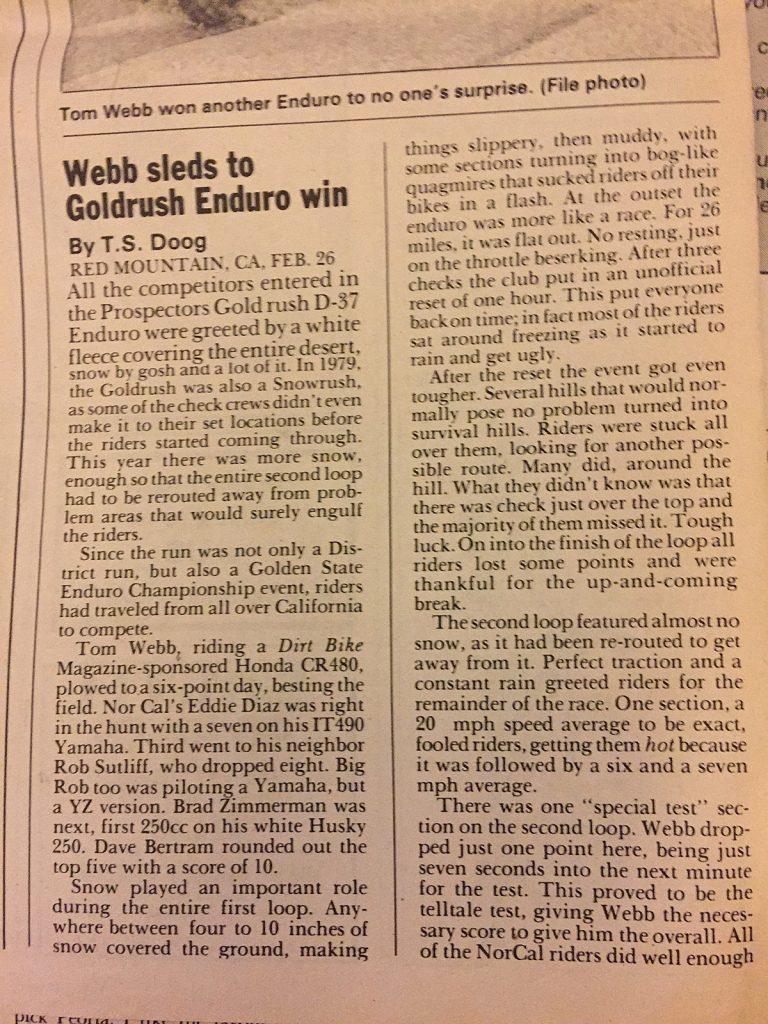 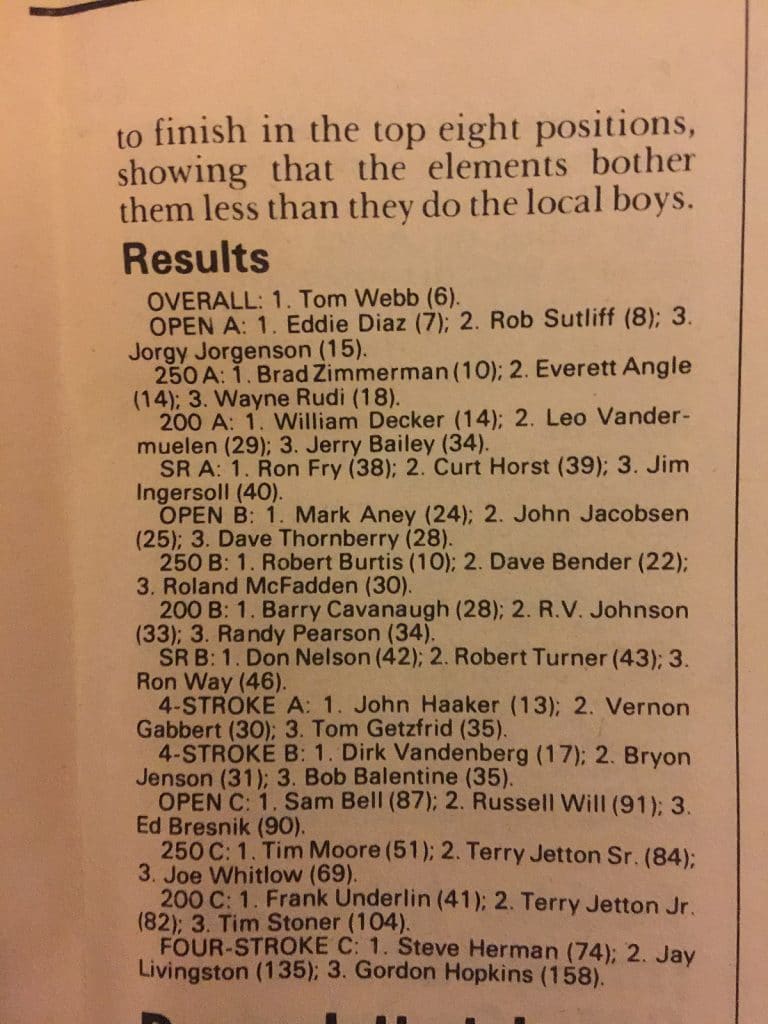