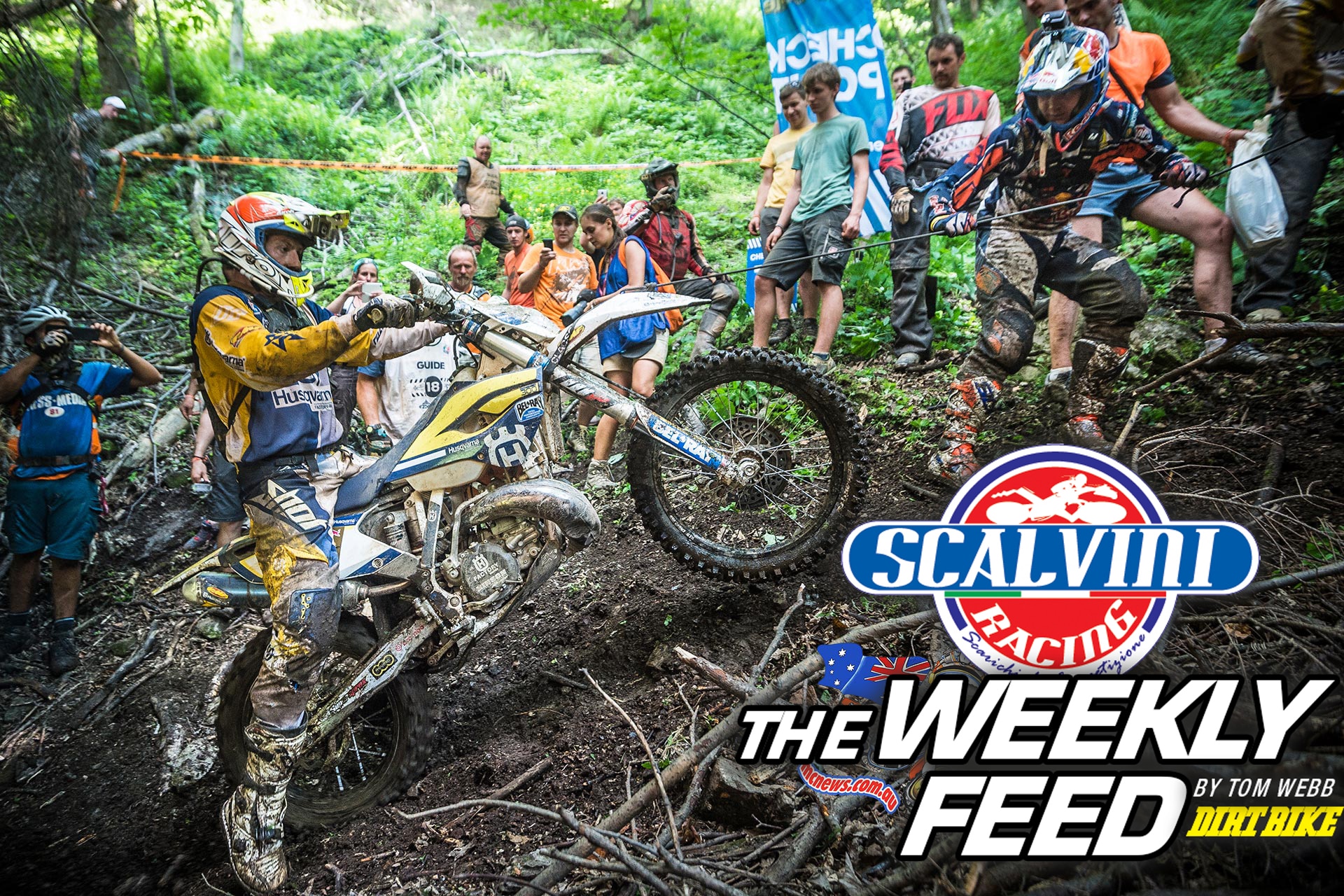 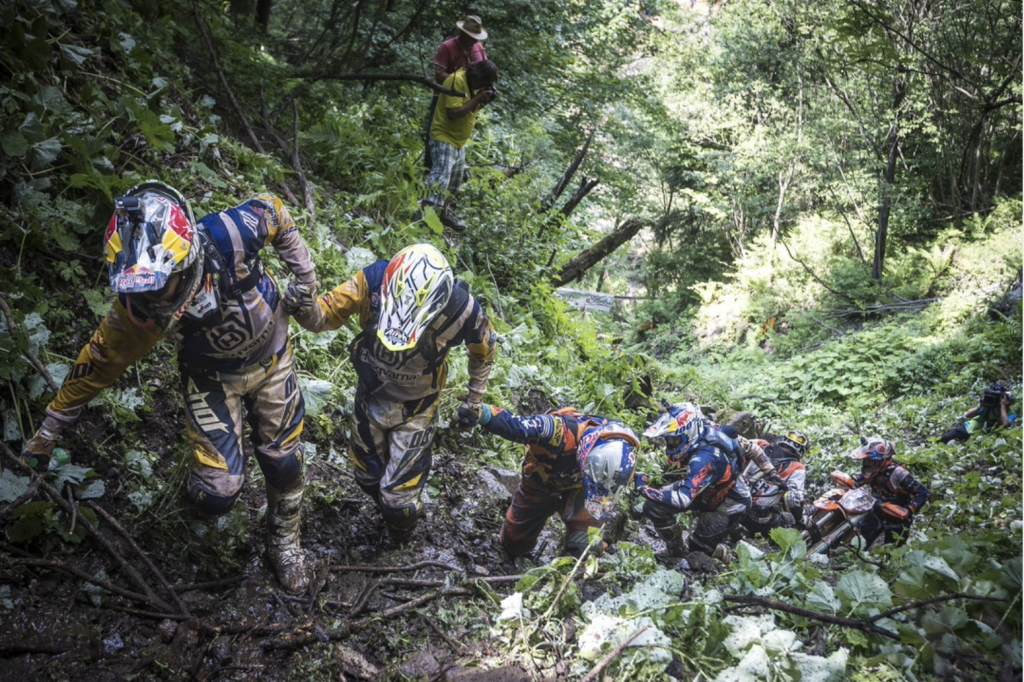 Erzberg-2015:  The 21st edition of the Hare Scramble was a fearsome one with conditions becoming so tough that it took a group effort from Jarvis, Gomez, Walker and Lettenbichler to reach the finish line after reaching the now infamous- Green Hell.

The race took a big turn when Walker, Jarvis and Gómez reached the Green Hell of Downtown and had to help each other for almost two hours through a seemingly unpassable forest. Finally navigating their way through the hugely challenging obstacle, Walker, Jarvis, Gómez and Andreas Lettenbichler rode side-by-side into the finish, as race organizer Karl Katoch announced the first ever four-way tie for first. 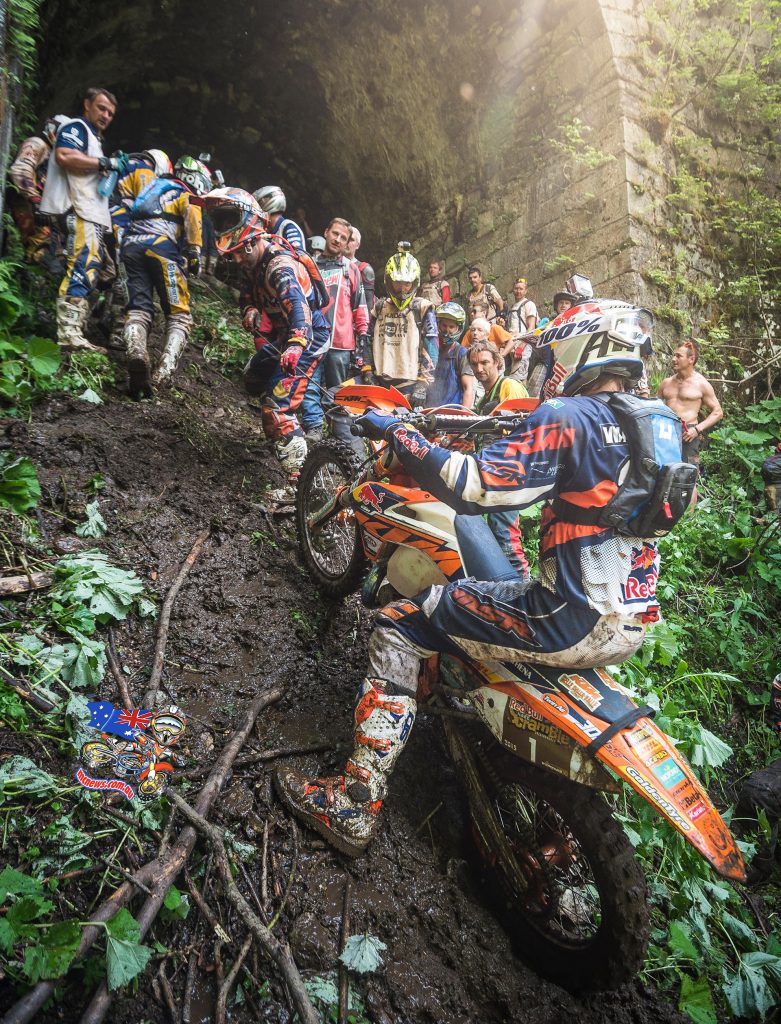 WATCH THIS! IT’S WICKED FOOTAGE FROM ONE OF THE TOUGHEST ERZBERG’S EVER! 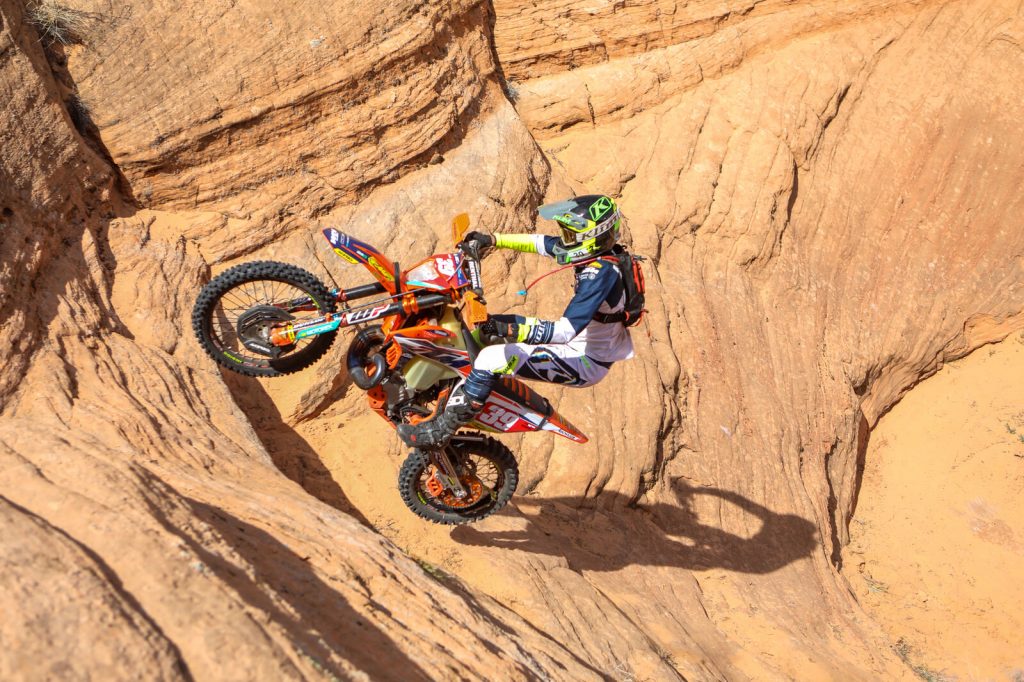 KLIM is proud to announce our presenting sponsorship of the 2023 AMA US Hard Enduro series, consisting of 10 demanding rounds of racing across every variety of terrain the United States has to offer. Special KLIM sponsorship of the 2023 Silver Kings Hard Enduro on June 18 & 19 in Kellogg, Idaho, will feature the KLIM pit compound where riders sporting KLIM gear will be able to relax on couches, grab refreshments, food and mingle.

The 2023 KLIM racer support is open for privateers who meet the qualifications of the program – https://www.klim.com/racer-support-program – to help out competitive riders with their Racer Support Program. Off-road racers with at least a year of experience are encouraged to apply for gear support in their race efforts and ease the financial burden of racing. 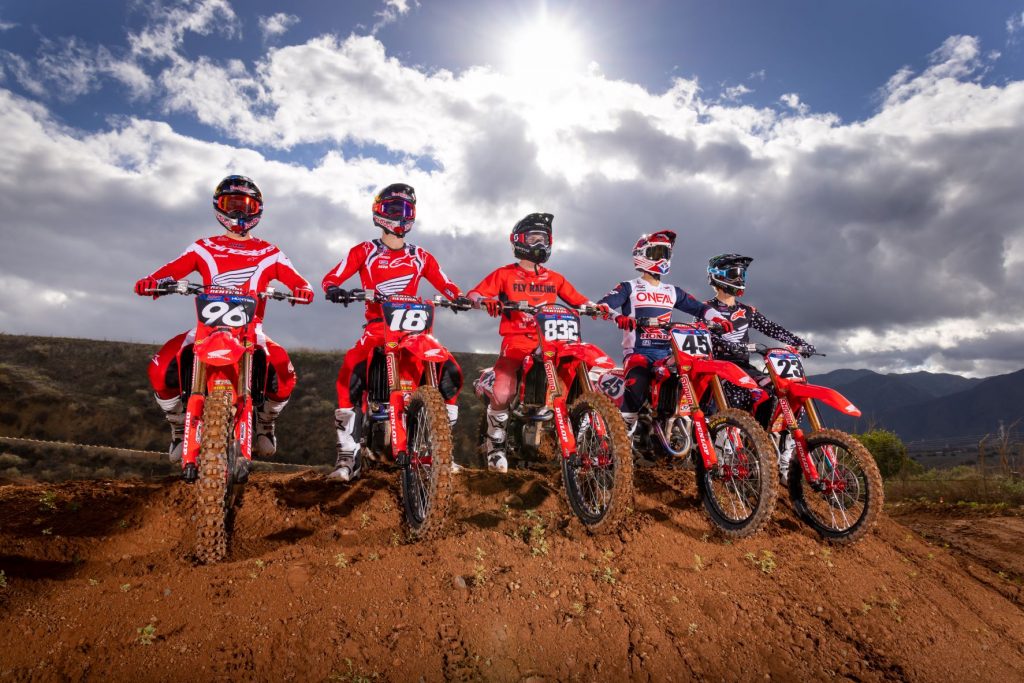 After five  seasons building its partnership with Team Honda HRC, Wiseco Performance Products is proud to expand its relationship to include collaboration with Honda’s 250SX program in addition to its existing 450SX relationship. This technical partnership focuses on piston development for the 2023 Monster Energy
AMA Supercross and Lucas Oil Pro Motocross Championship seasons, which have joined forces to create the 2023 SuperMotocross World Championship. 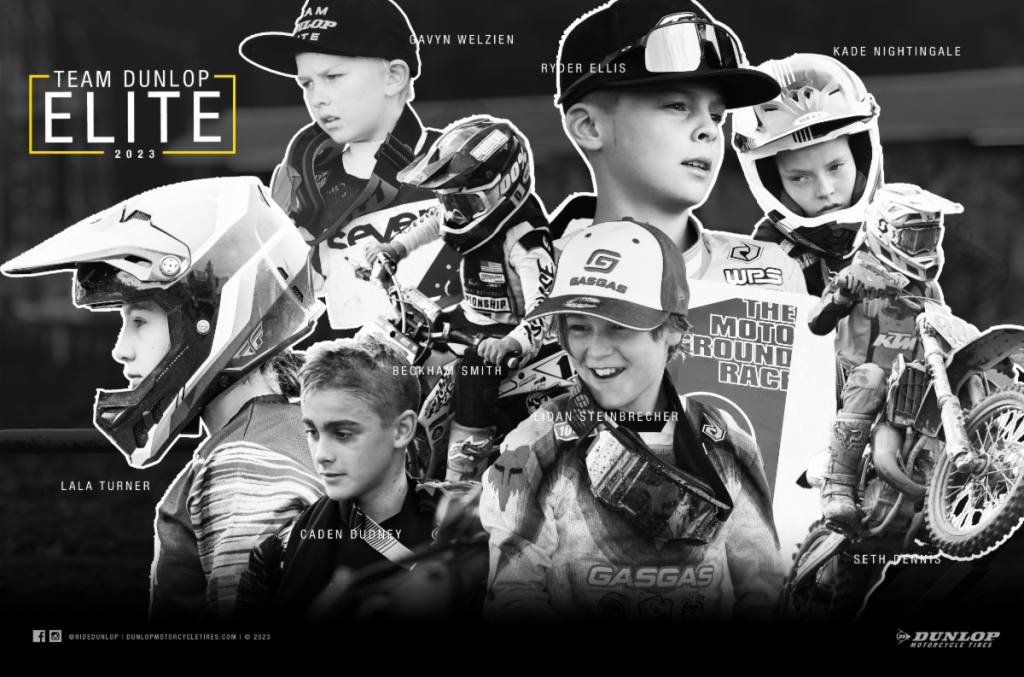 2023 marks the 17th year of Team Dunlop Elite, one of the most iconic amateur motocross support programs in history. This year, four Team Dunlop Elite riders have graduated out of the program onto big-bikes and are on their way toward their professional racing debut as Team Dunlop Elite Alumni. These riders include 5-year member Kade Johnson, 4-year member Drew Adams, 2-year member Kyleigh Stallings and single-year member Tiger Wood. They will join the ranks of other Team Dunlop Elite alumni, including Eli Tomac, Justin Barcia, Aaron Plessinger, Adam Cianciarulo, Chase Sexton, Austin Forkner, Max Vohland and many more.

This year, joining the Team Dunlop Elite 8 rider selection will be Caden Dudney, Kade Nightingale, Lachlan (Lala) Turner and Beckham Smith. Dudney won both his championships at the Loretta Lynn’s Amateur National championship while Nightingale took home a championship at Mini O’s and Ponca City in 2022. Lala Turner is the next top women’s racer taking home championships at Ponca City and Spring-A-Ding-Ding, while Beckham Smith is one of the top respected up and coming 50cc racers with a championship at Ponca. They will line up with returning Elite team riders Seth Dennis, Ryder Ellis, Eidan Steinbrecher and Gavyn Welzien.

Dunlop’s support of amateur motocross racing is unparalleled in the United States. In 2022 alone, riders chose Dunlop’s Geomax tires to win 34 titles at the Loretta Lynn’s amateur national, 87 titles at Mini O’s, 38 titles at Ponca City, 49 at Mammoth, 38 at Spring-A-Ding-Ding, 41 at Freestone and 31 titles at RCSX. These are win records that no other company can come close to. 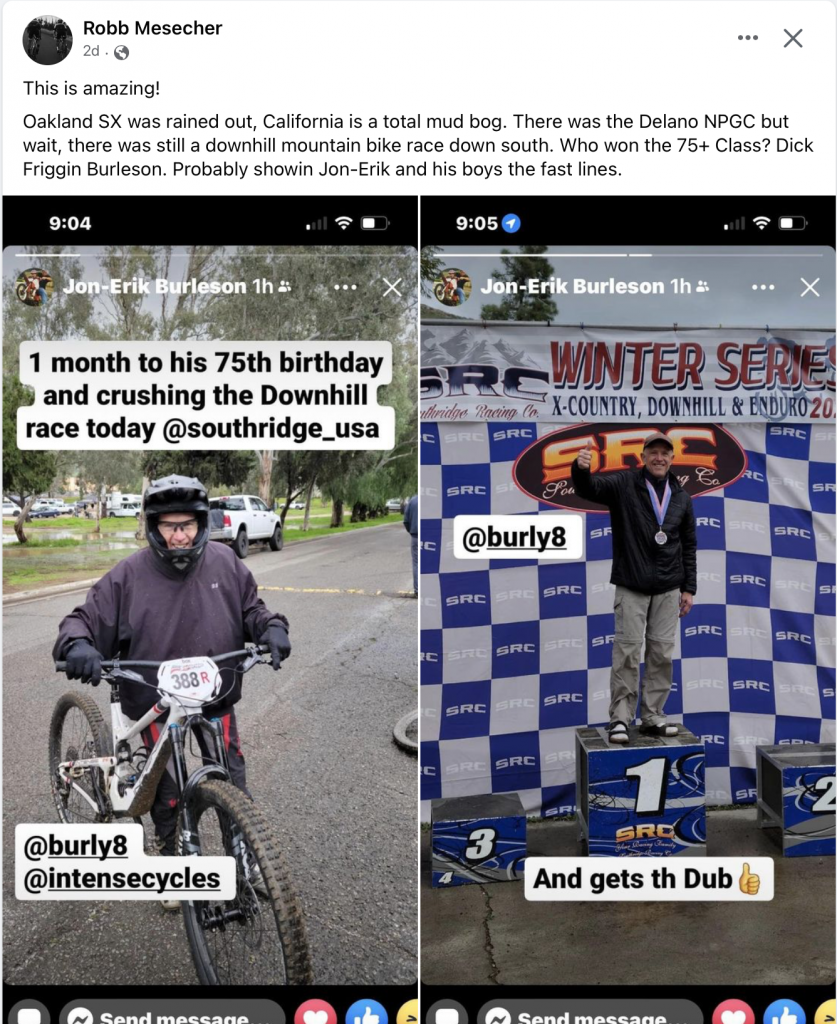 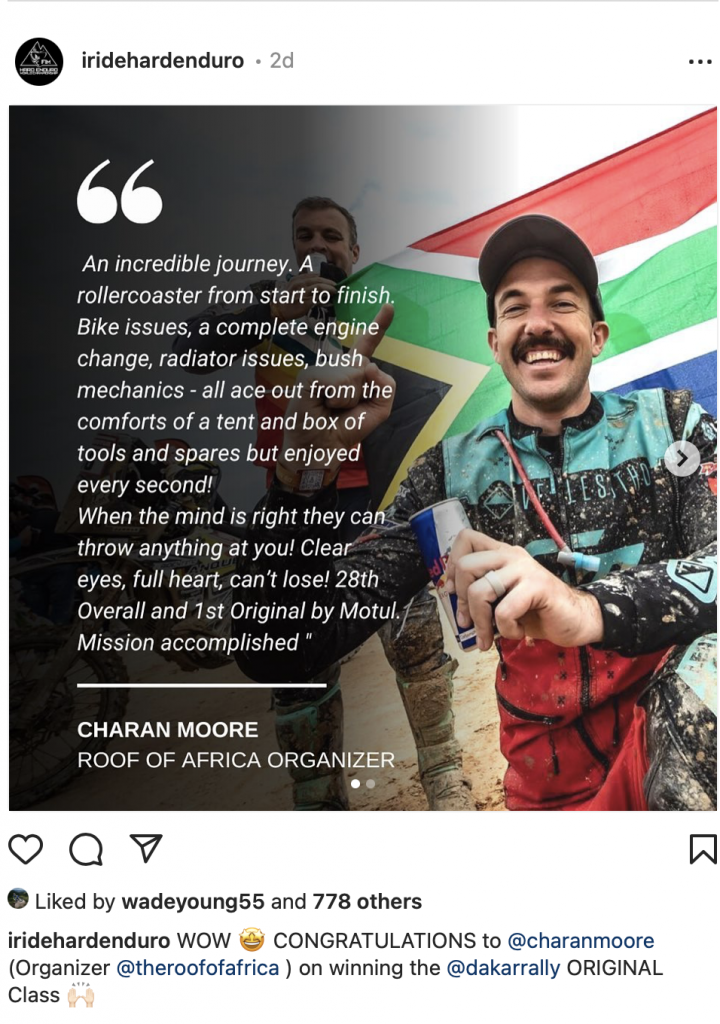 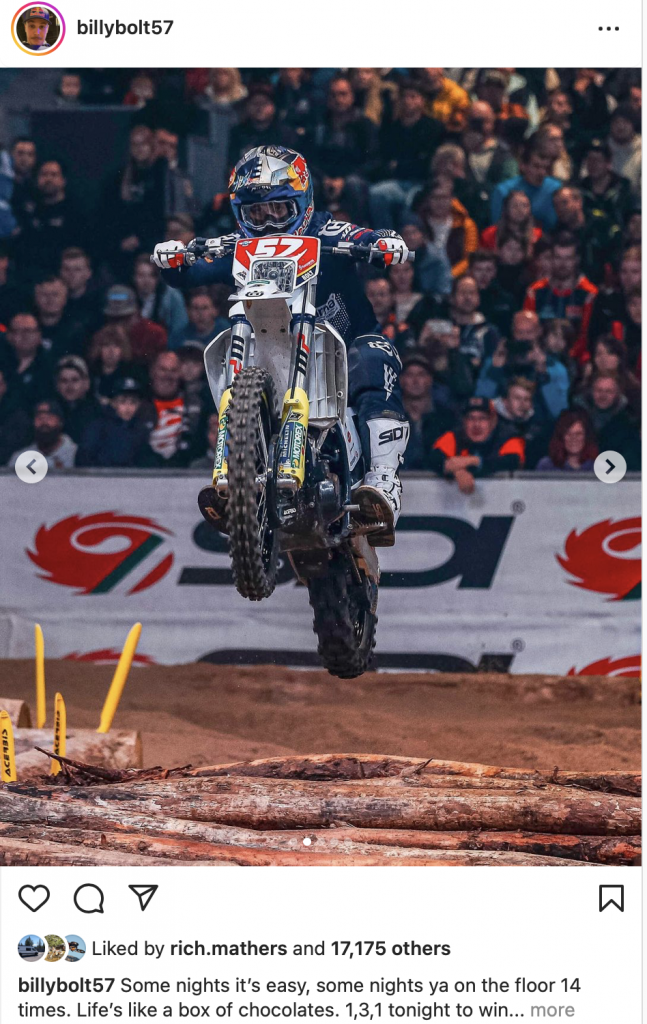 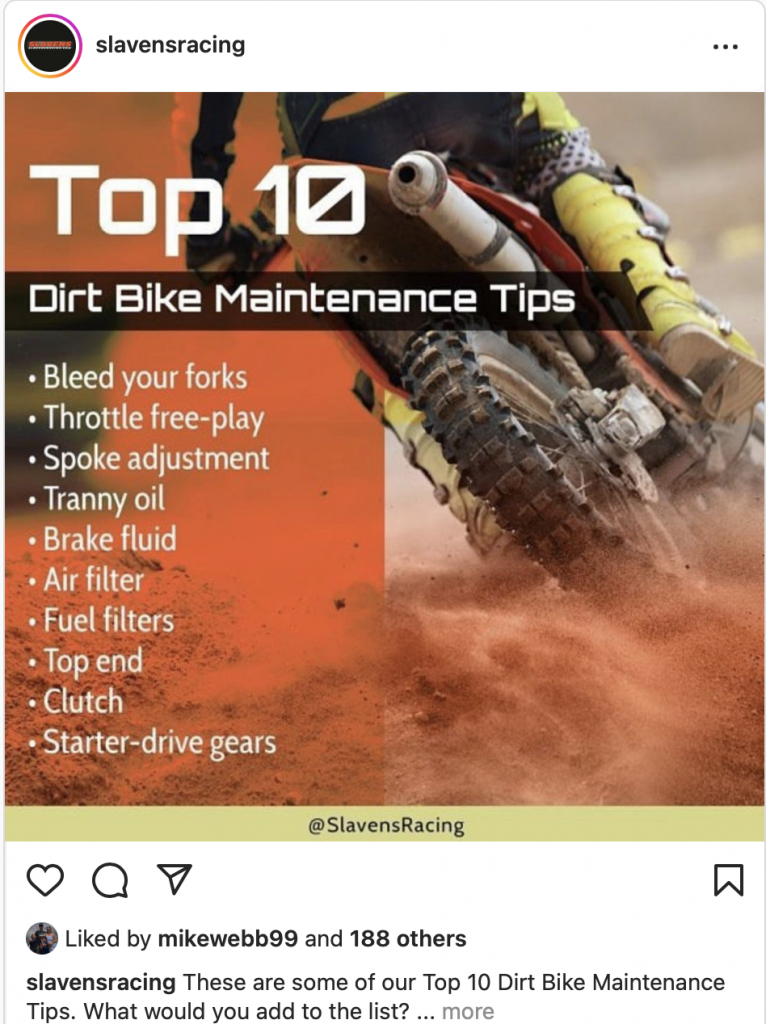 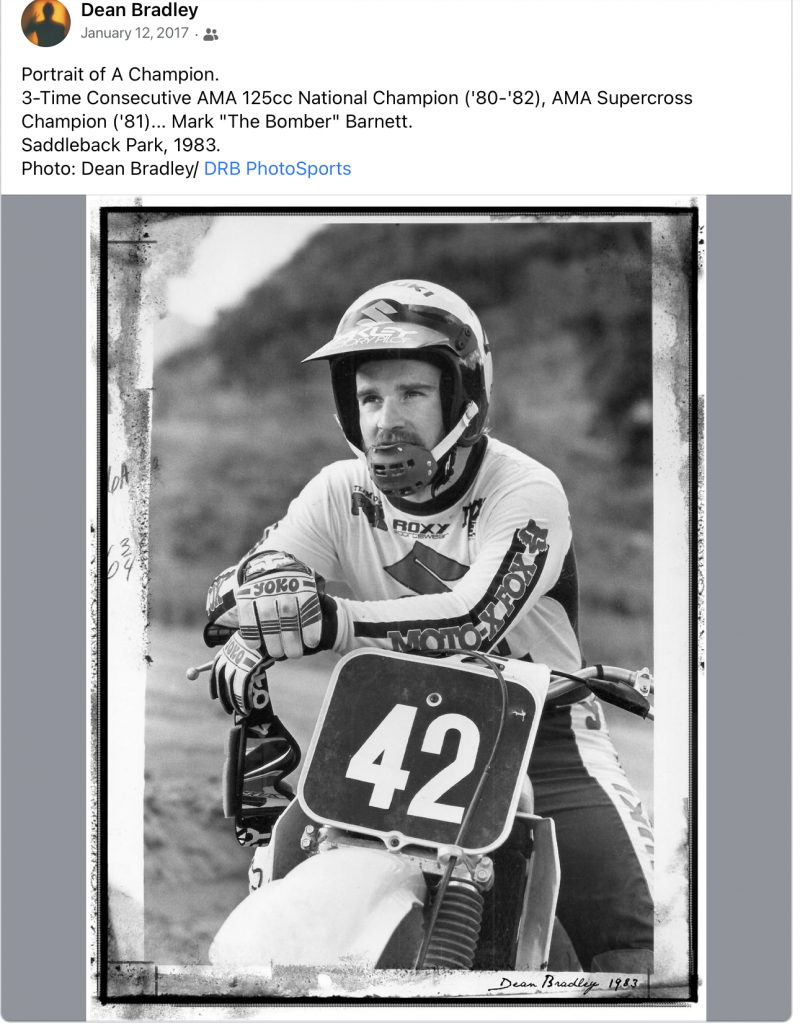 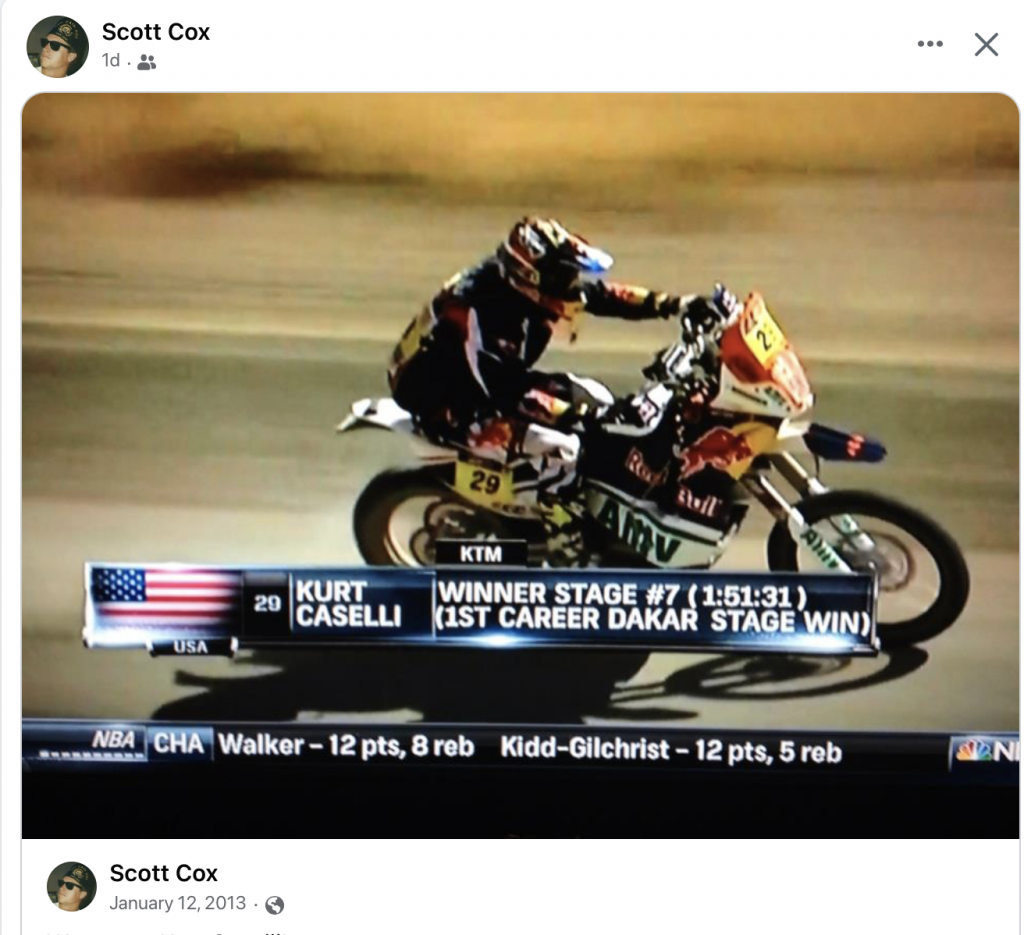 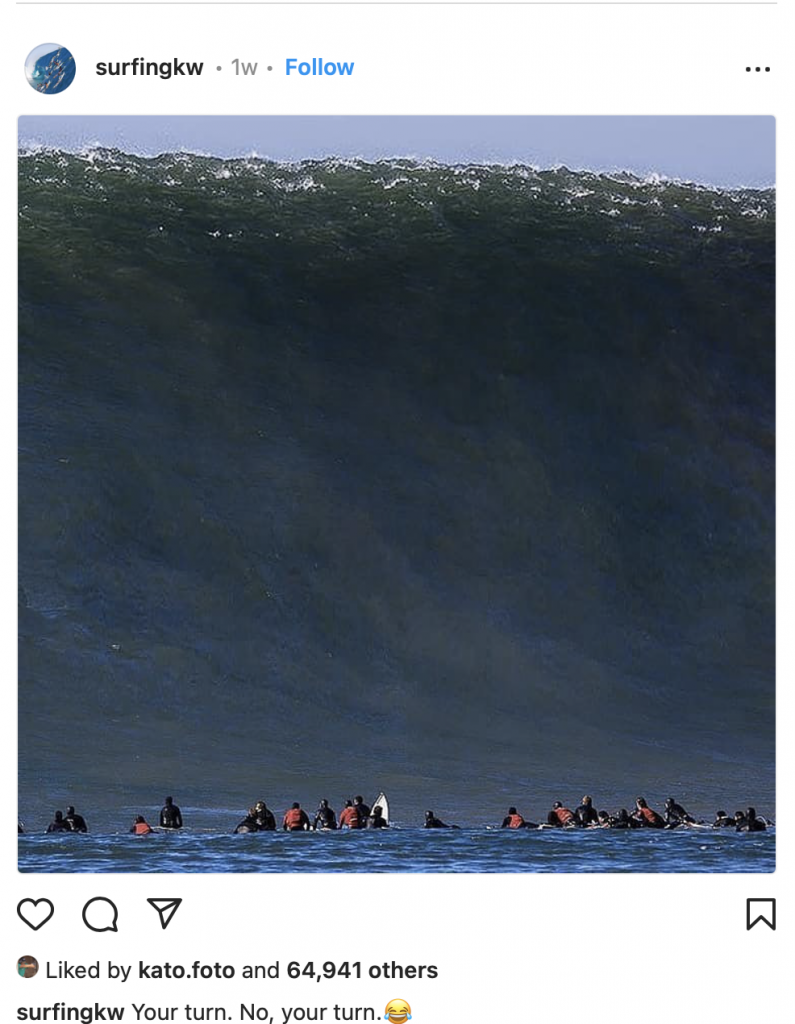 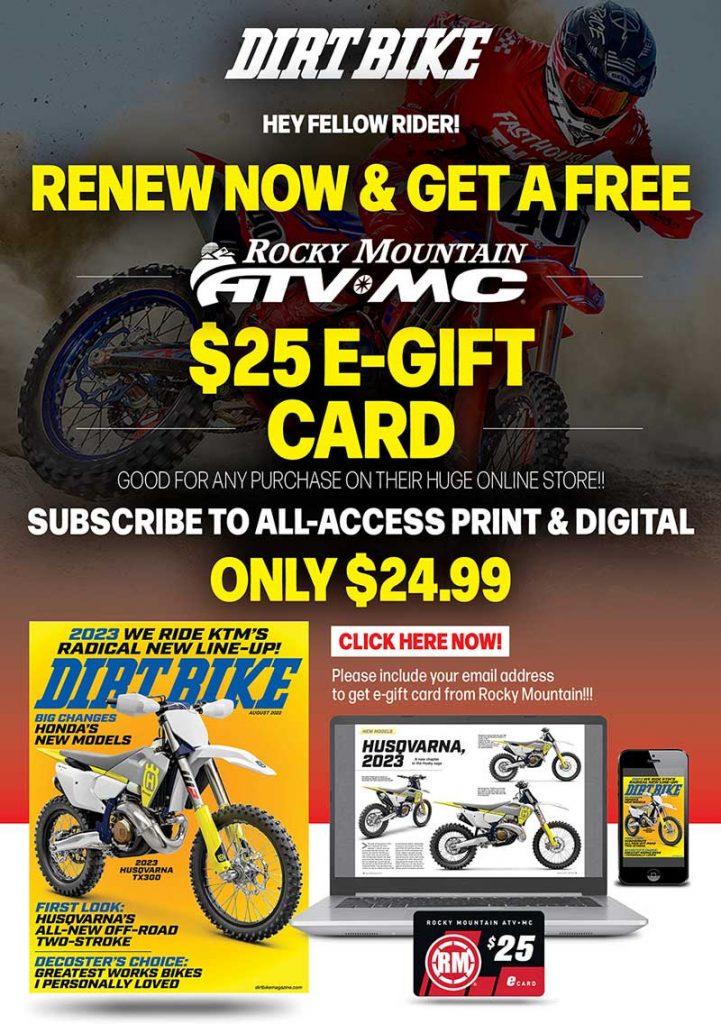 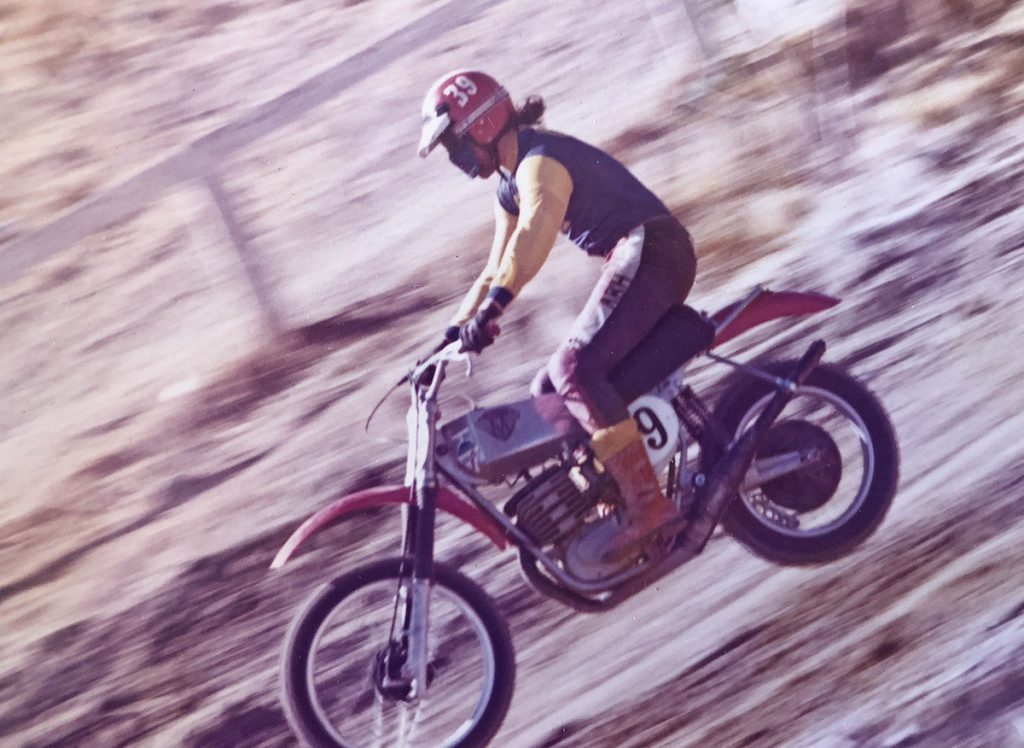 Valley Cycle Park, 1975 Maico 400. I believe that Mike’s Racing Center moved up the shocks, I ran a Wheelsmith pipe and one of the trick internal updates we did was install a Maico 250 3-row clutch on it. It was smaller, let the bike rev quicker and the 3-row primary chain held up to the abuse from the big 400 powerplant.