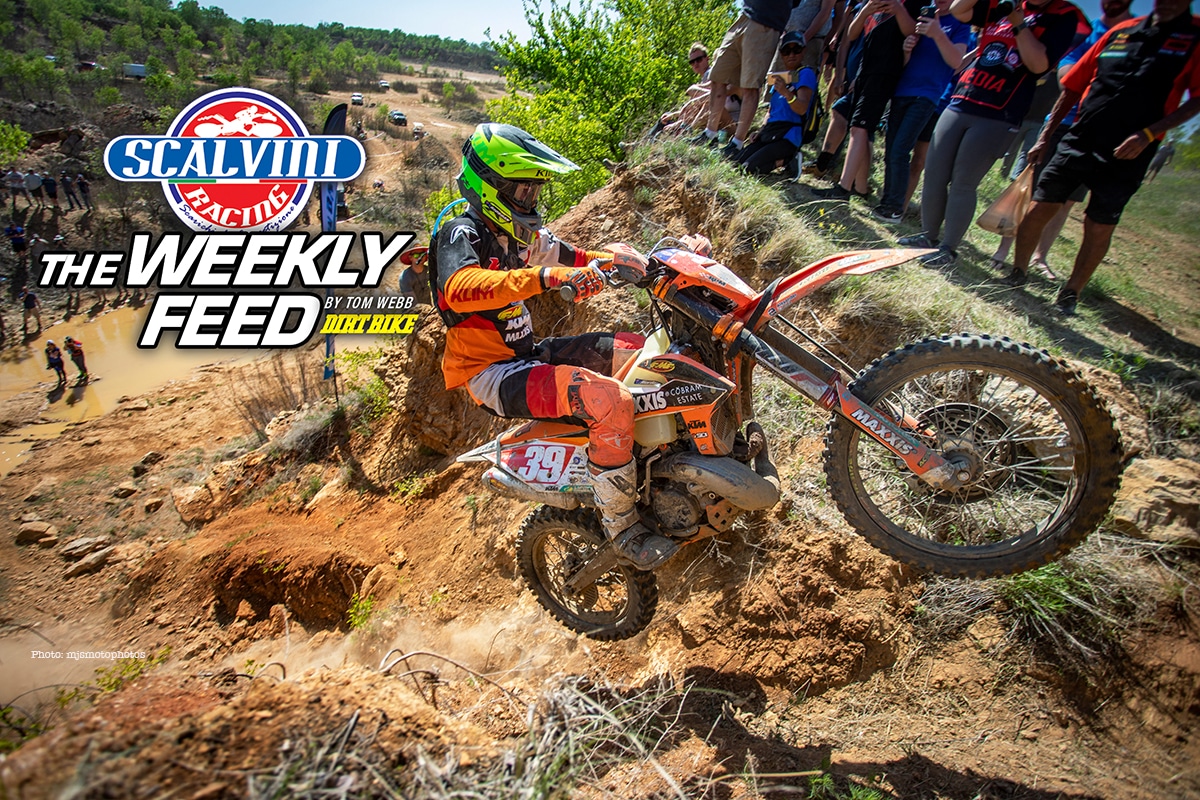 BLAST FROM THE PAST: Rick Johnson ’88 Unadilla USGP 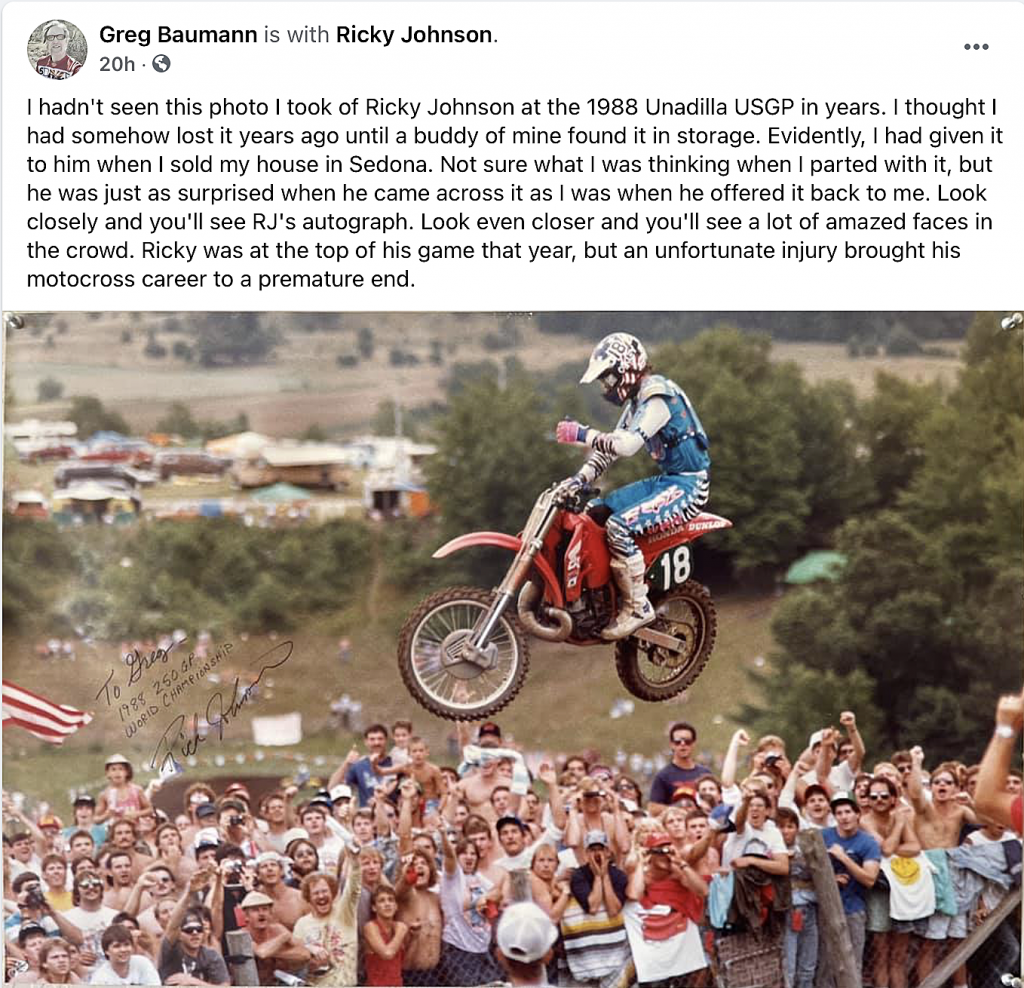 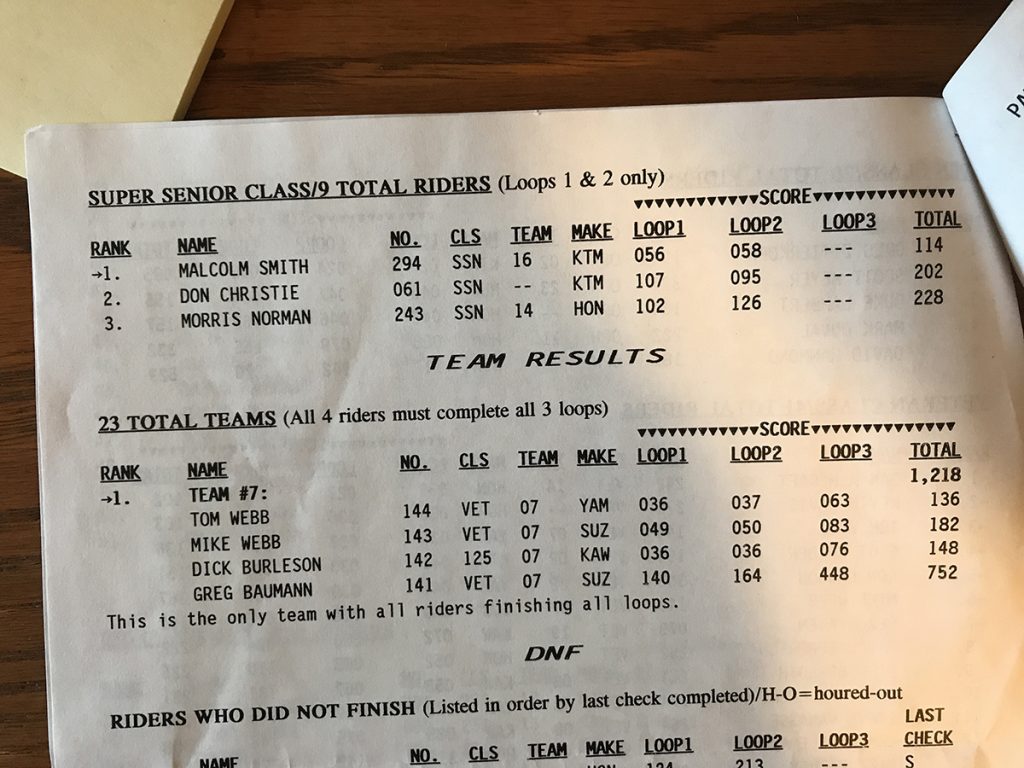 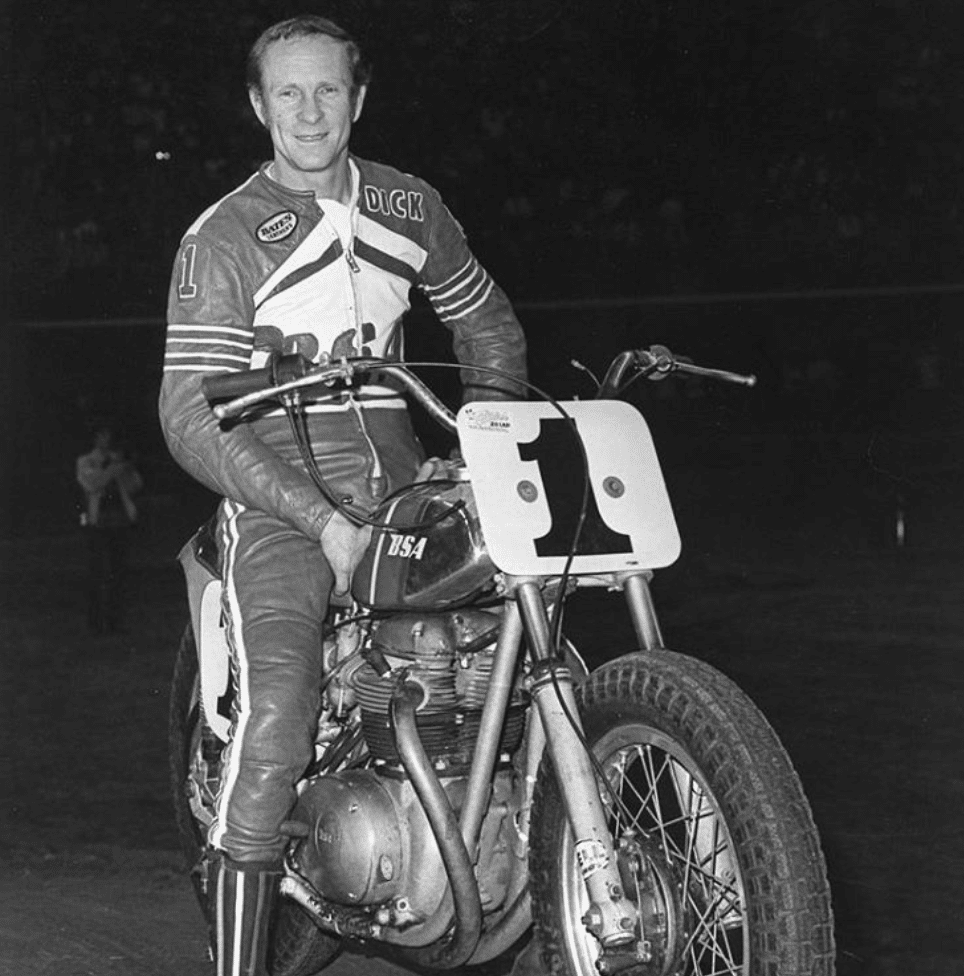 Dick “Bugsy” Mann, a 2-time AMA Grand National Champion and the first racer to win the ‘big five’- road racing, short rack, TT, quarter mile and flat track passed away at the age of 86. Considered to be one of the first ‘do-it-all’ dirt bike athletes, Mann raced in the Isle of Man ISDT in 1975 and scored points in AMA Pro Motocross. In a grand professional racing career that began in 1952 , Dick Mann was a two-time Grand National Champion, garnering motorcycling’s most prestigious Number One plate in 1963 and again in 1971. 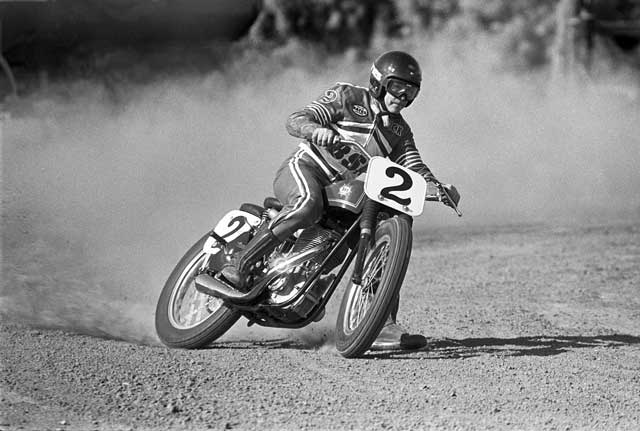 Mann competed in his first Daytona 200 in 1955 on the beach and road course, where his best finishes were back-to-back runner-up performances aboard Harley-Davidsons in 1958 and 1959. He was famous for winning the 1970 Daytona 200 over 9-time World Champion Mike Hailwood racing a Honda CB750 in their first attempt at AMA Grand National Championship racing. Mann won again the next year racing a BSA. 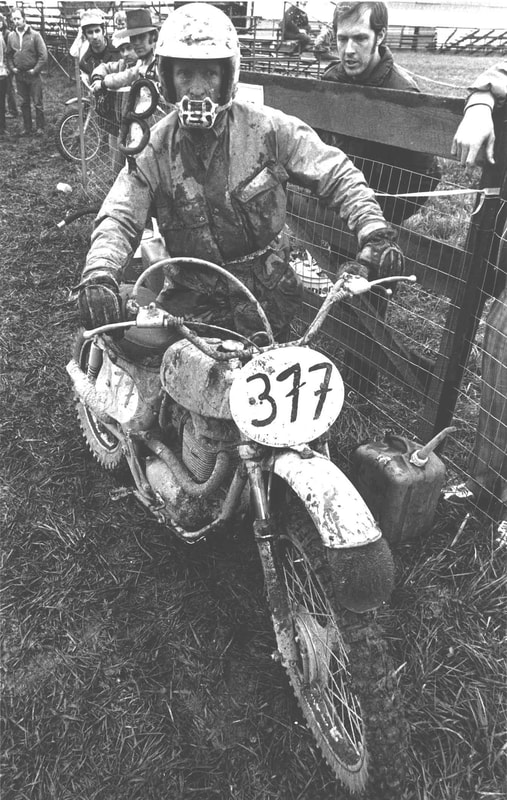 Bugsy Mann retired in the mid-70s, went on to race many vintage events and was voted into the AMA Hall of Fame in 1993. 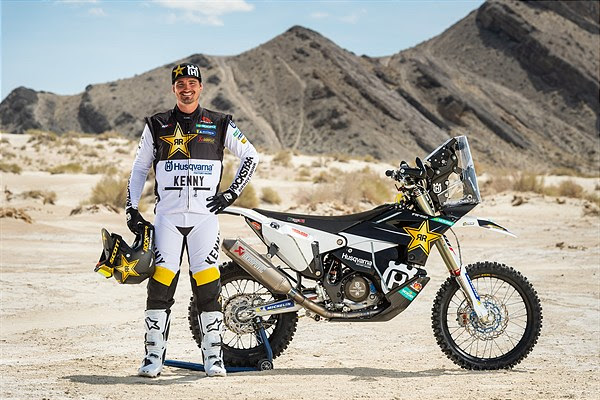 Husqvarna Motorcycles announced the signing of Skyler Howes to the Rockstar Energy Husqvarna Factory Racing team. Signing a three-year contract, the 29-year-old will first compete on Husqvarna machinery at the Sonora Rally in Mexico in early May, before lining up at round one of the 2021 FIM Cross-Country Rallies World Championship – the Rally Kazakhstan – in June.

Born in California, Howes grew up competing off-road, specifically desert racing, before turning his hand to rally in 2018. Contesting the Dakar Rally for the first time in 2019, the American admits he underestimated the iconic event, and despite showing great pace on the tough terrain he was forced to retire after dislocating his shoulder. Exceptional rides in both the 2020 and 2021 races saw the Utah resident finish inside the top 10 and as leading privateer – the highlight being an impressive fifth overall at this year’s event. 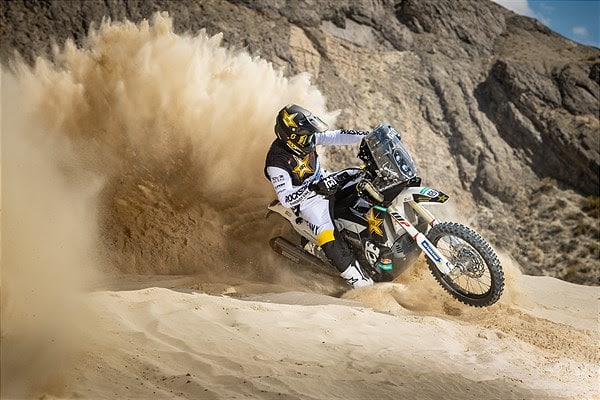 Now, looking ahead to the 2021 season, Howes will compete in a number of local North American races before focusing on the full FIM Cross-Country Rallies World Championship. Although he has some experience racing world championship events having previously competed in Morocco, Skyler plans on using the 2021 season to build his pace and experience on the varied terrain he’ll experience at each of the six championship races, while getting up to speed on his FR 450 Rally machine. 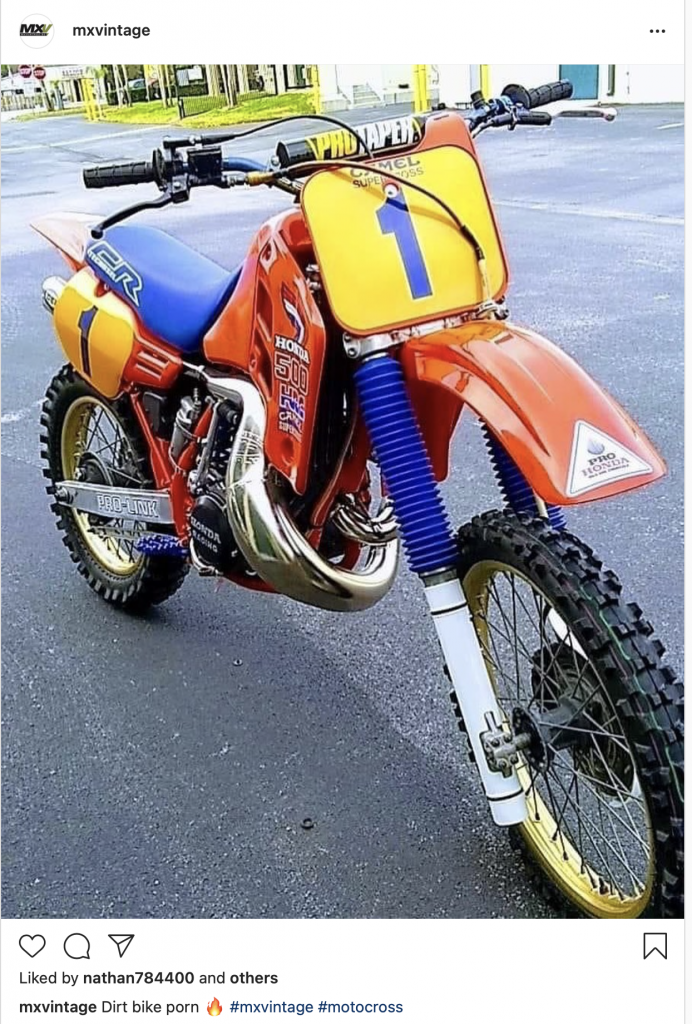 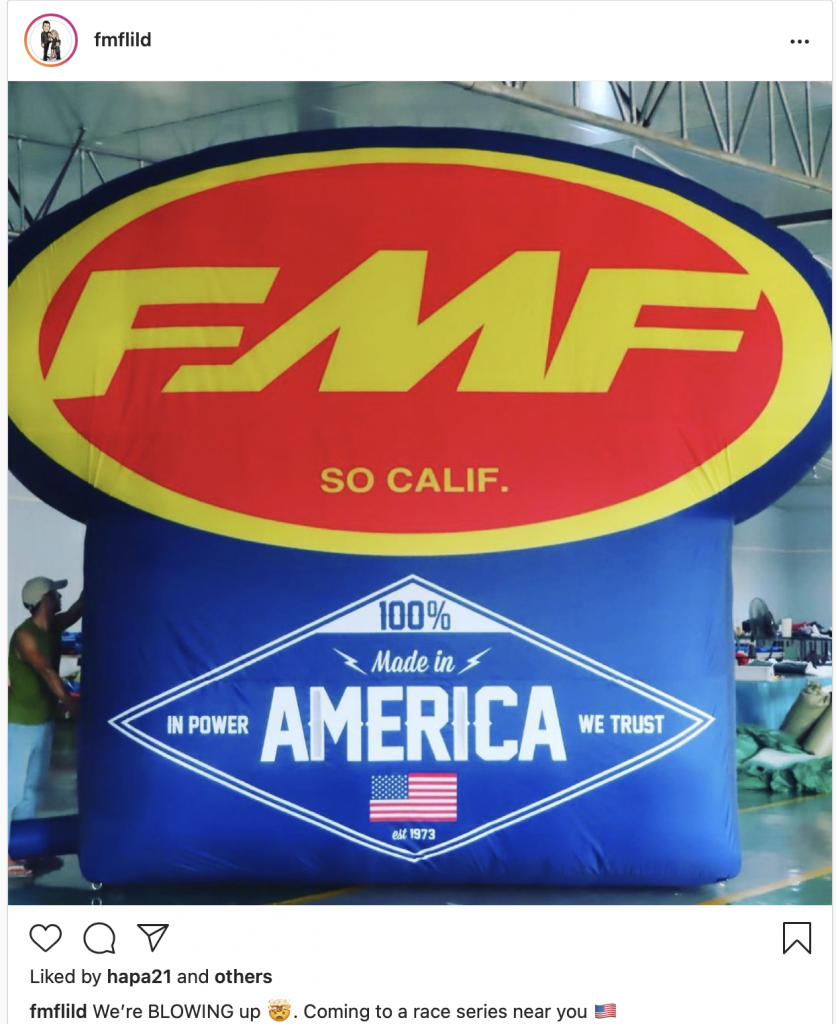 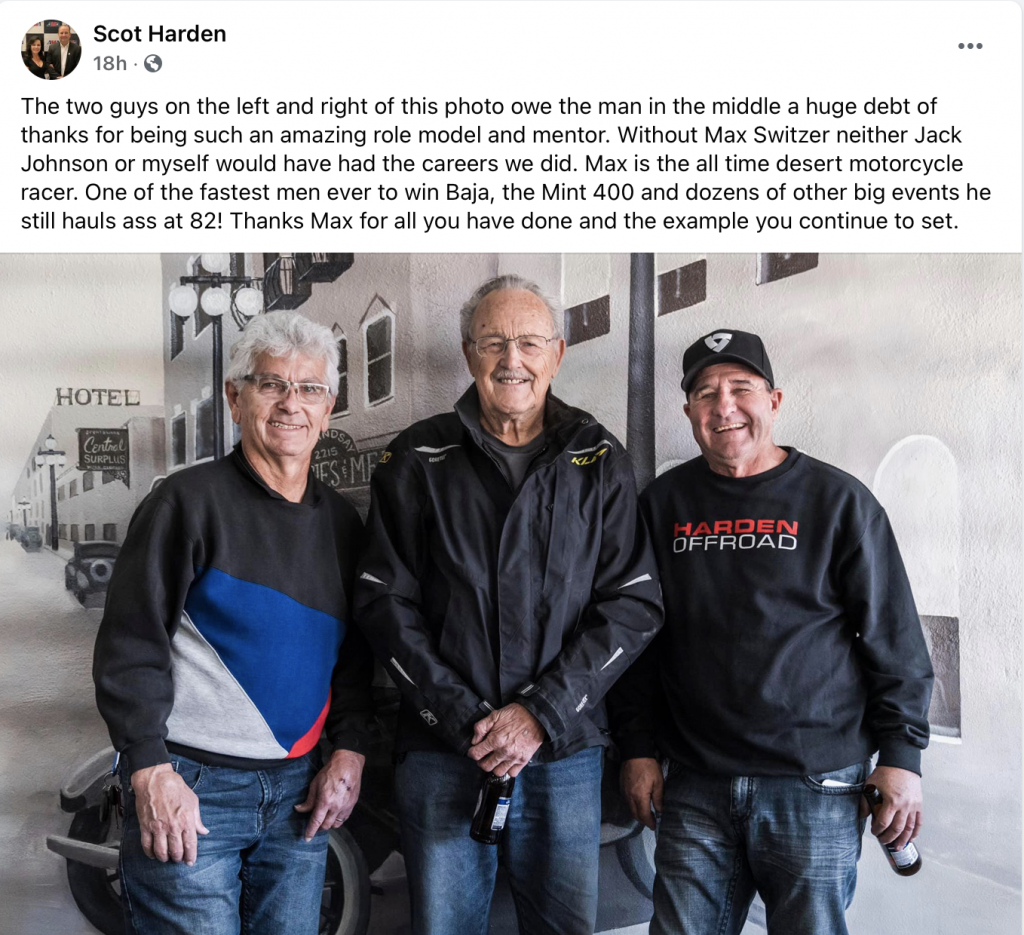 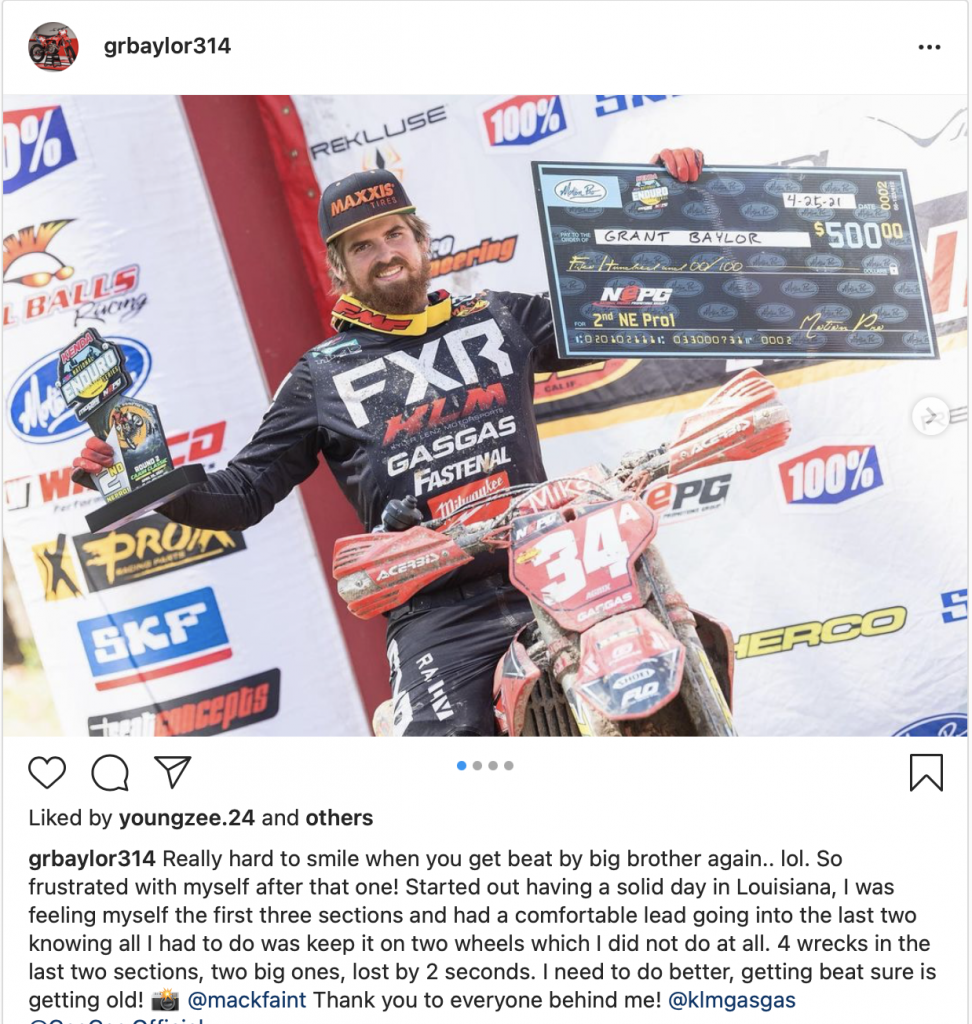 CODY WEBB’S ‘NEW’ FAVORITE TRAIL (Looks like a trip into a nasty pace to us!) 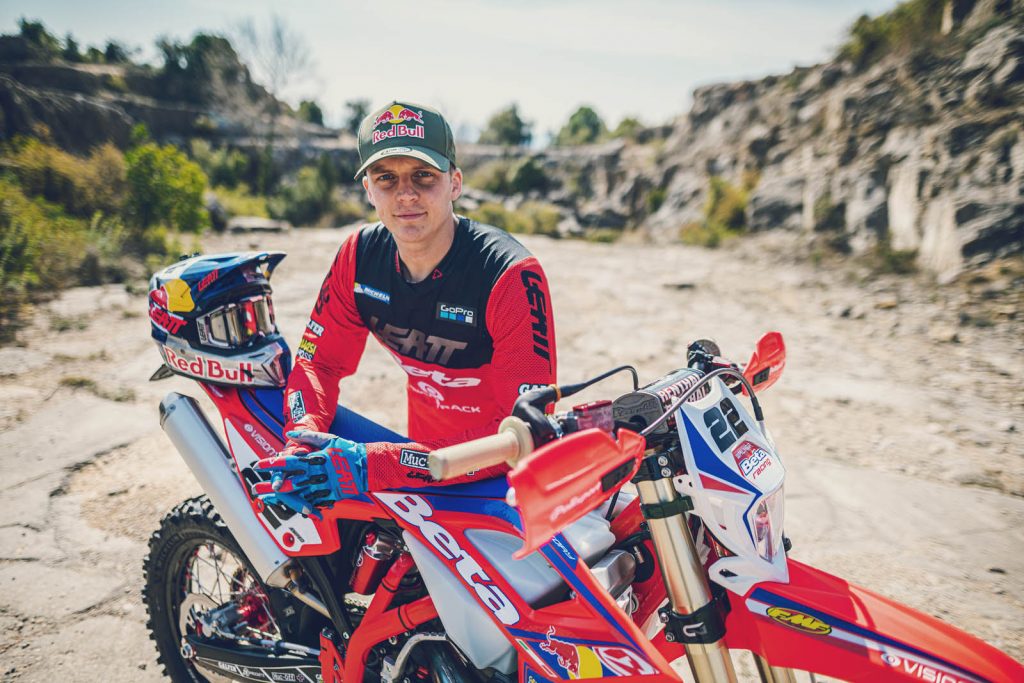 The biggest off-season rider team switch unquestionably came from Jonny Walker. After almost a decade with KTM, he shocked the Hard Enduro world with his change to Beta machinery. Putting together his own team during the winter months, Vision Track Beta came to life.

Has building your own team been a challenging and enjoyable process?

“Yes! I’ve always raced for a factory team, so as a professional rider I’ve never really seen it from the other side. The factory life is an ‘arrive and race’ sort of thing, but now I’m more hands on. I’ve total say in what I’m doing and the products I’m using on my bike.

You won the Endurocross race at Extreme XL Lagares in 2019. It would be pretty cool if you could win it again, first time out on the Beta!

“Yeah, that would be cool, but being successful in the main event is the priority. I do enjoy the multi-race format aspect of Extreme XL Lagares though. If you can win an individual event, it gives good exposure. It would be awesome to put Beta on the top step of the podium and a great way to start off the weekend!”

Unfortunately, there is no city prologue in Porto this year. That must be a bit of a relief after taking a swim there in 2019! But in all seriousness, will you miss that part of race?

“Yes, it is a shame not to have the prologue in Porto this year, but understandable too. It’s super cool and not just a highlight of Extreme XL Lagares, but of our sport because it’s so unique. I think my mechanic is the most relieved about it not taking place this year. He can stop googling ‘how to waterproof a 2-stroke!’. 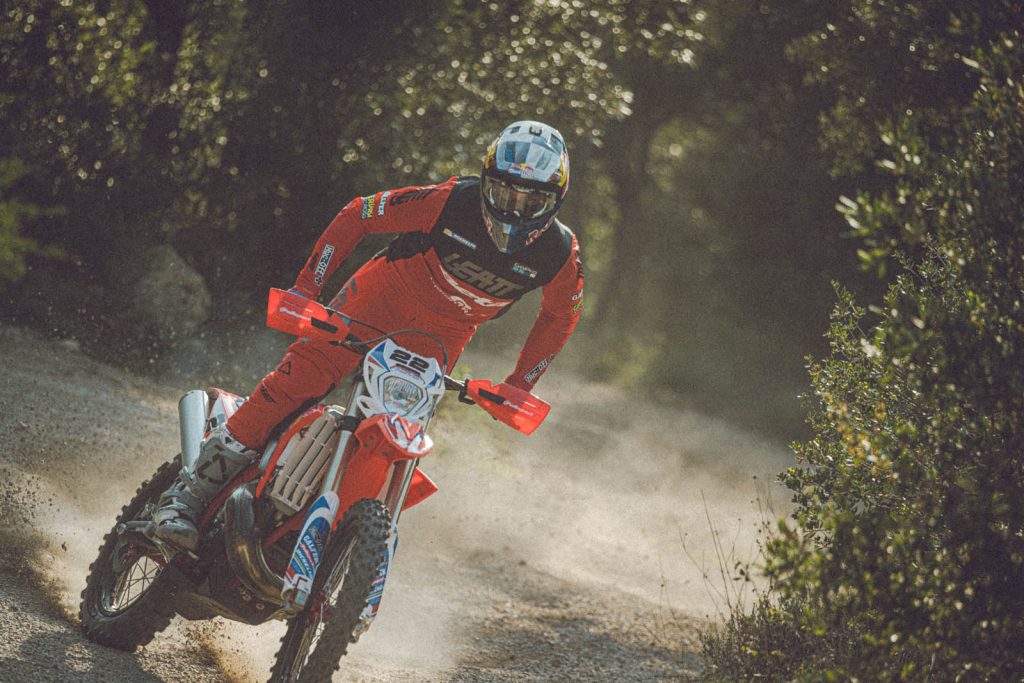 Is it good to finally have an FIM Hard Enduro World Championship to race for, a series that brings all the iconic races together?

“It’s cool to be under the FIM umbrella. Hard Enduro is such a big scene now, so it’s good to be properly recognised with every other motorcycle championship out there. But Hard Enduro is different too. It’s special, unique and successful because amateur and hobby riders are such a big part of what we do. We’re all in it together, if you know what I mean. That’s why it’s become so popular. So as long as that element remains unchanged – it doesn’t become too elite, the tracks stay as they are, and the atmosphere stays cool – then who knows how much bigger things will get!”

Past form shows you know how to race for a championship title – leading WESS in 2018 and third in 2019. What is the key to maintaining that sort of consistency across a full season?

“Trying to be at the sharp end of the results every time you race is key for sure. As a rider I feel like I’ve got a strong all-round skill set. My speed is good and I’ve been trying to improve on the technical side of my riding as this championship is 100 per cent Hard Enduro focused. The goal is to win the title and become world champion. That’s what I’d love to do and what I’m aiming for. I feel like we can do it too if everything goes well and we get a little bit of luck along the way.”

Loads of style and functional details in a small package. Ready for any excursion the lightweight Ride Pack Jacket and Pant are coated in DWR to repel water and wind. A flattering fit complemented by 4-way stretch moves with you while the vents and mesh underlay keep you cool. Fold it up small into its pocket and pack it up with the rest of your everyday essentials. 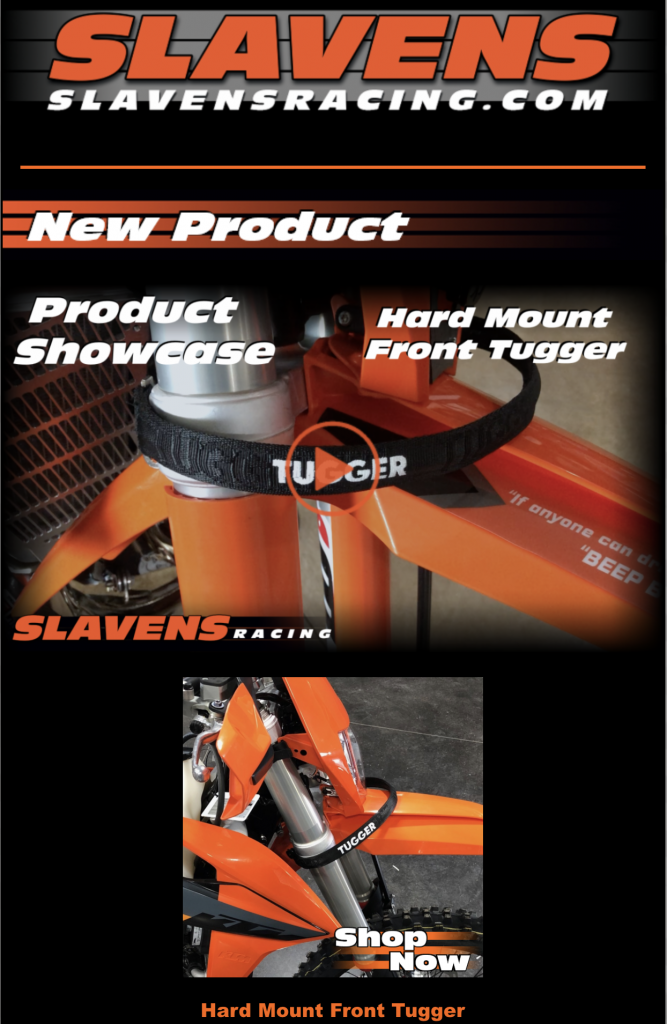 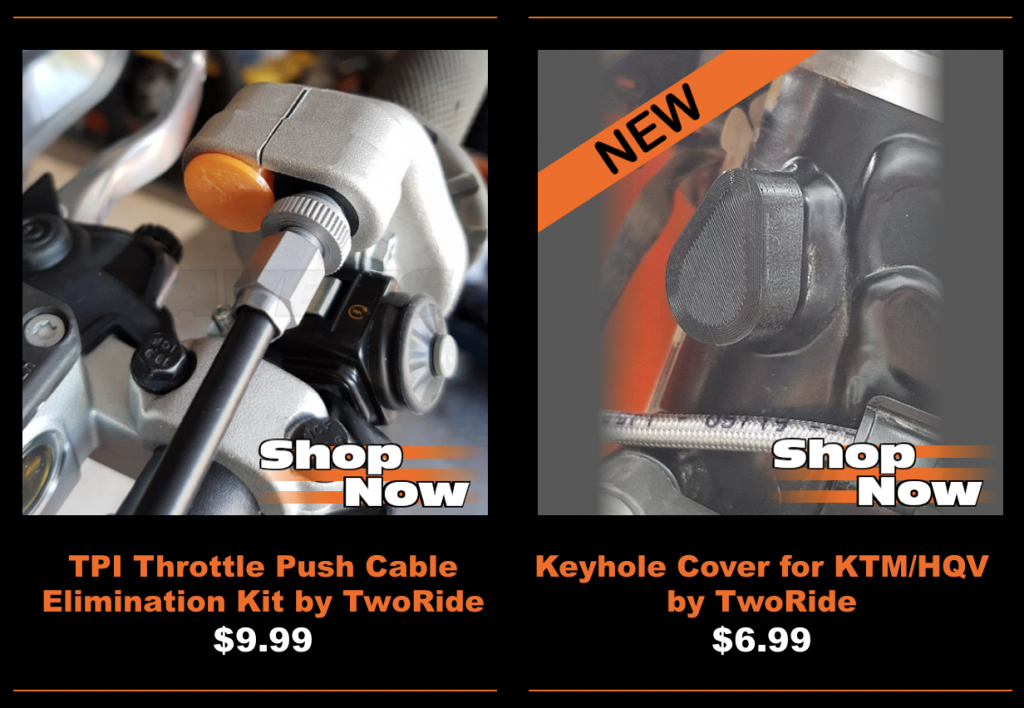