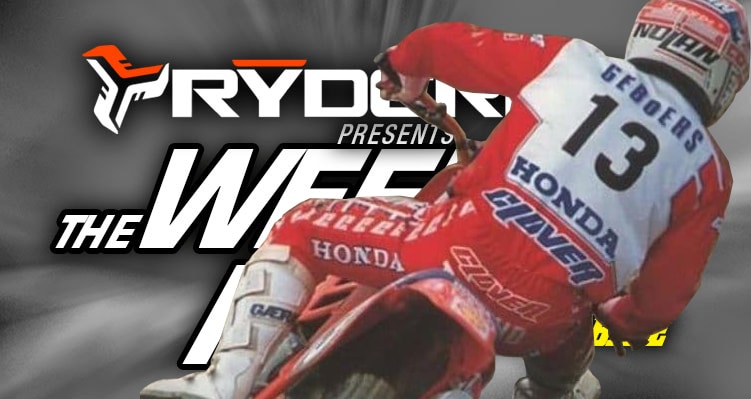 Eric Geboers tragically died after jumping into the frigid waters of Lake Miramar in Belgium to rescue his puppy that fell into the lake. The 5-time World Champion won 39 GP’s, and was the first rider to win an FIM title in all three divisions- 125, 250 and 500. Eric’s last title came in 1990, where he won his final GP of the season at Glen Helen Raceway. He will go down in history as one of the great Grand Prix racers of all time. 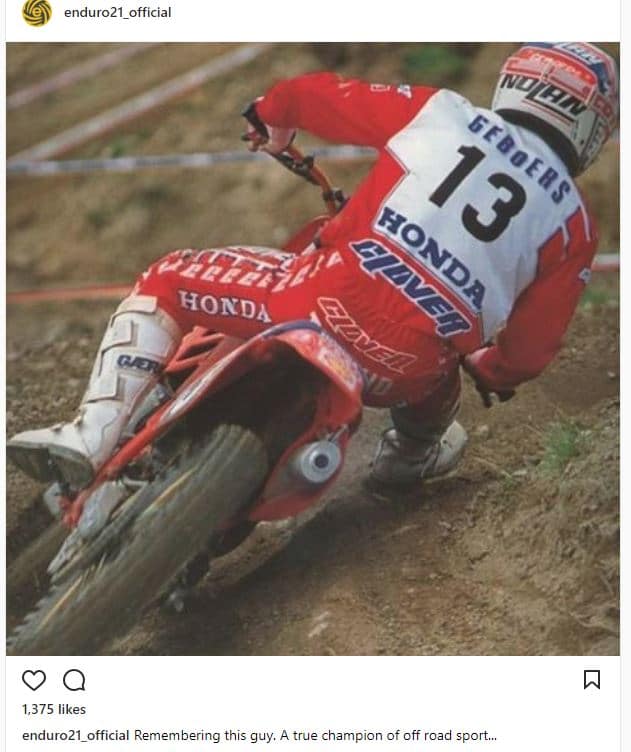 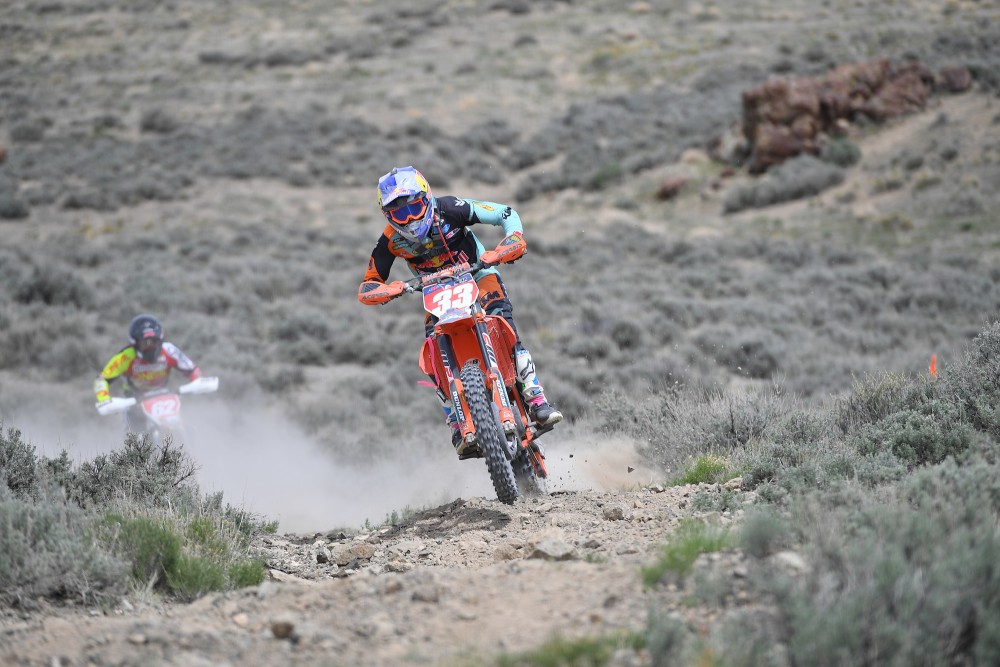 Taylor Robert put the pressure on himself with a horrible start at the Cherry Creek National Hare and hound. Pro Circuit Honda-mounted Kendall Norman led the pack onto the trail for the first loop of 40 miles. Robert found himself buried in the dust when his 450 XC-F balked when the banner dropped. “My bike didn’t fire [right away] and it was a complete white-out,” he declared. “I couldn’t see five feet in front of me.”

Kendall was nursing a bad thumb and was having trouble holding on. “I was just trying to survive it,” he said. “I was figuring, I don’t know how long I can last up front at that pace, but I was trying my hardest to do it as long as possible. I just didn’t have much strength in my throttle hand.”

Taylor ended up hammering through the dust, eventually catching Norman who crashed twice on the final loop. “That was one of the hardest races I’ve done in a long time because I made it so hard on myself,” Robert admitted. “I passed a lot of guys today, that’s for sure!”

Norman remains atop the points with 126, Burson making up a little ground and sitting second at 107 with Robert third at 90 and closing.

Grant Baylor takes The Dragon’s Back National Enduro in Virginia. 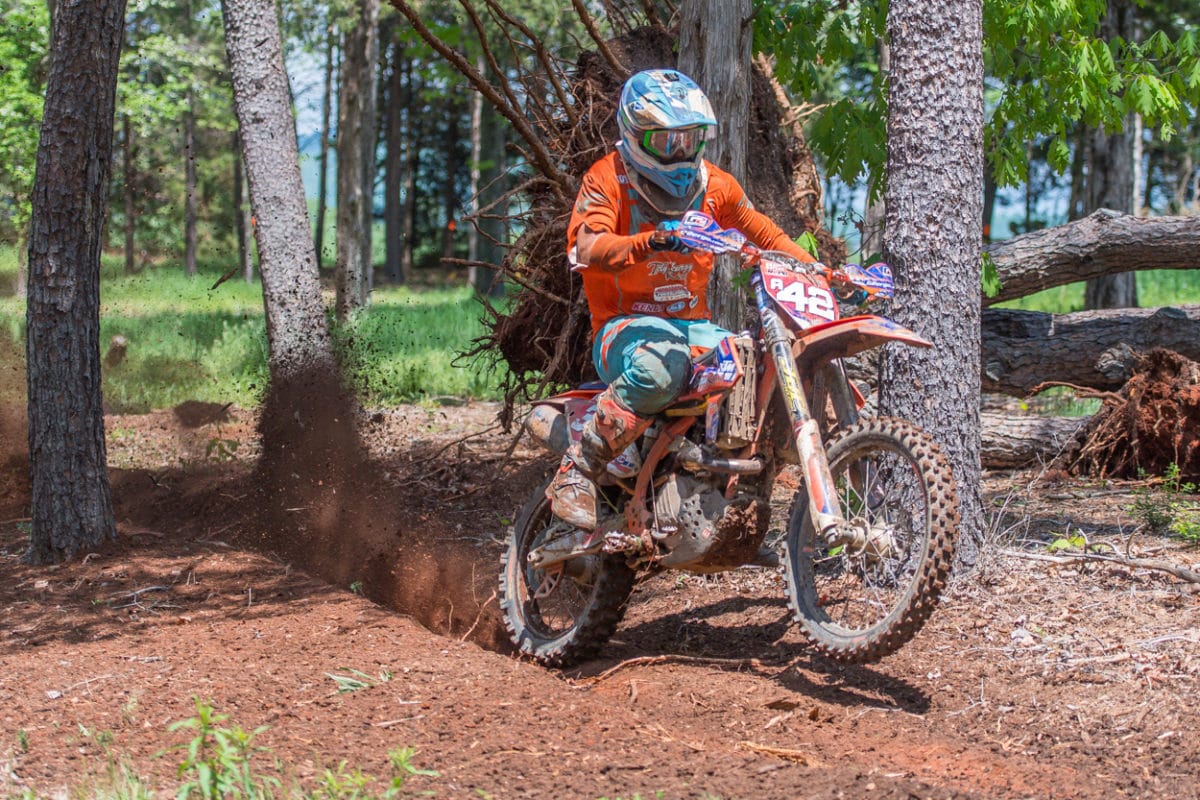 The Tely Racing KTM rider struggled with tip-overs and near tip-overs, but still managed to win three tests and beat out his brother and teammate Steward Baylor for the win by 52 second after six tests and 55 miles of racing. All that, despite being just two weeks removed from surgery to repair a broken bone in his hand.

“I was struggling all day long,” said Grant. “I just wasn’t riding like I should, I crashed three times in the fifth test and twice in the last test. But I won, so obviously I made fewer mistakes than everybody else. This year has been an uphill battle for me, with the broken hand and all. But I just rode my race and kept trying to smooth out a bit, and I guess I did just enough.”

Steward, on the other hand, need a last-second flurry to overcome a nine-second deficit he held heading into the final test to beat out FMF KTM’s Josh Toth for the bridesmaid’s spot. In the end, Steward edged Toth by just a few tenths of a second for second.

“I fell in the fifth test and then I crashed twice in the final test, just trying to catch Grant and that cost me second,” said Toth. “I rode pretty consistent but I didn’t ride my best today, for sure.”

Thad Duvall gave Grant Baylor a run for his money in the first two tests, where the Rockstar Energy Husqvarna Factory rider took a second and a win in the two tests. However, a navigation snafu in section five cost Duvall 40 seconds, relegating him to fourth overall.

“I was off the pace in the beginning, I just wasn’t aggressive enough at the start,” said Kelley. “I tried to turn it around and my last two tests were faster, although I had a couple of crashes. The first two tests were pretty slick and I think I was just a bit timid.” 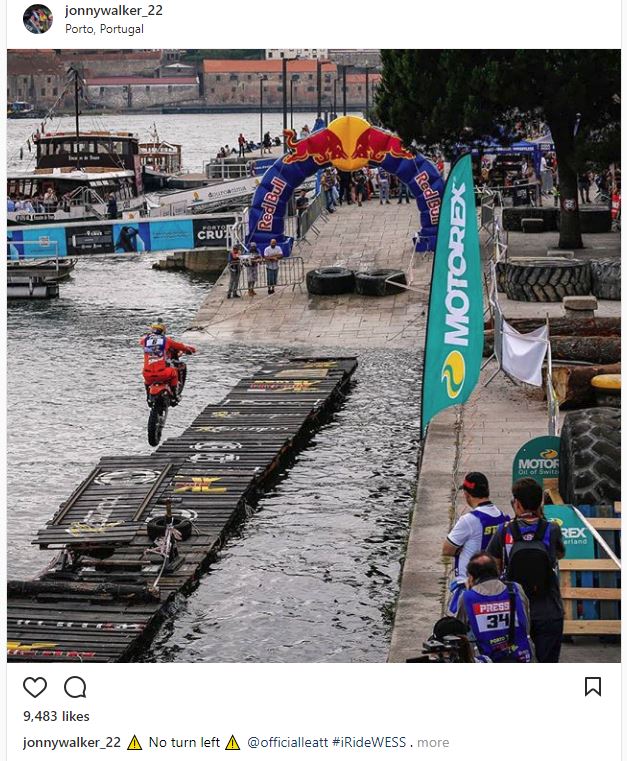 Kyle Redmond is a 29 year older professional off-road racer from Lake Hughes California and he currently competes in Extreme Enduros and National Endurocross. He was the first American to get a top 5 finish at the Erzberg Rodeo in Austria and has been a podium finisher in the Endurocross series numerous times. He is on the SRT off-road team. He grew up trail-riding and never thought he would be a professional racer until he started watching Extreme Enduro. Kyle decided he wanted in on the action and in his first year racing, at 18 years old he did well enough to start a career in it. We’re pumped to have Kyle on board! 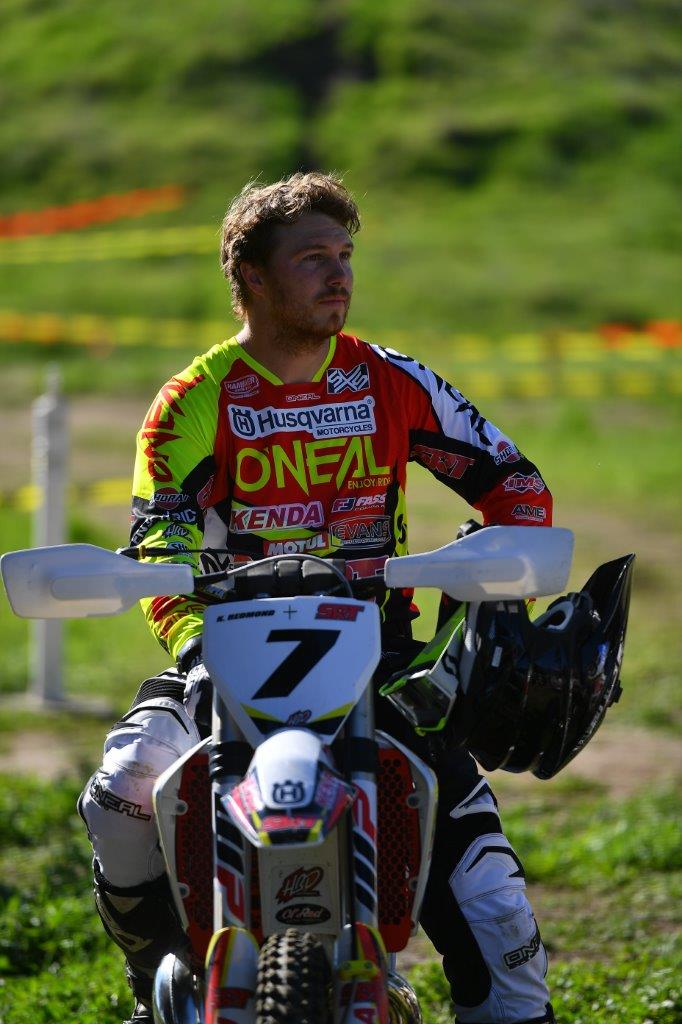 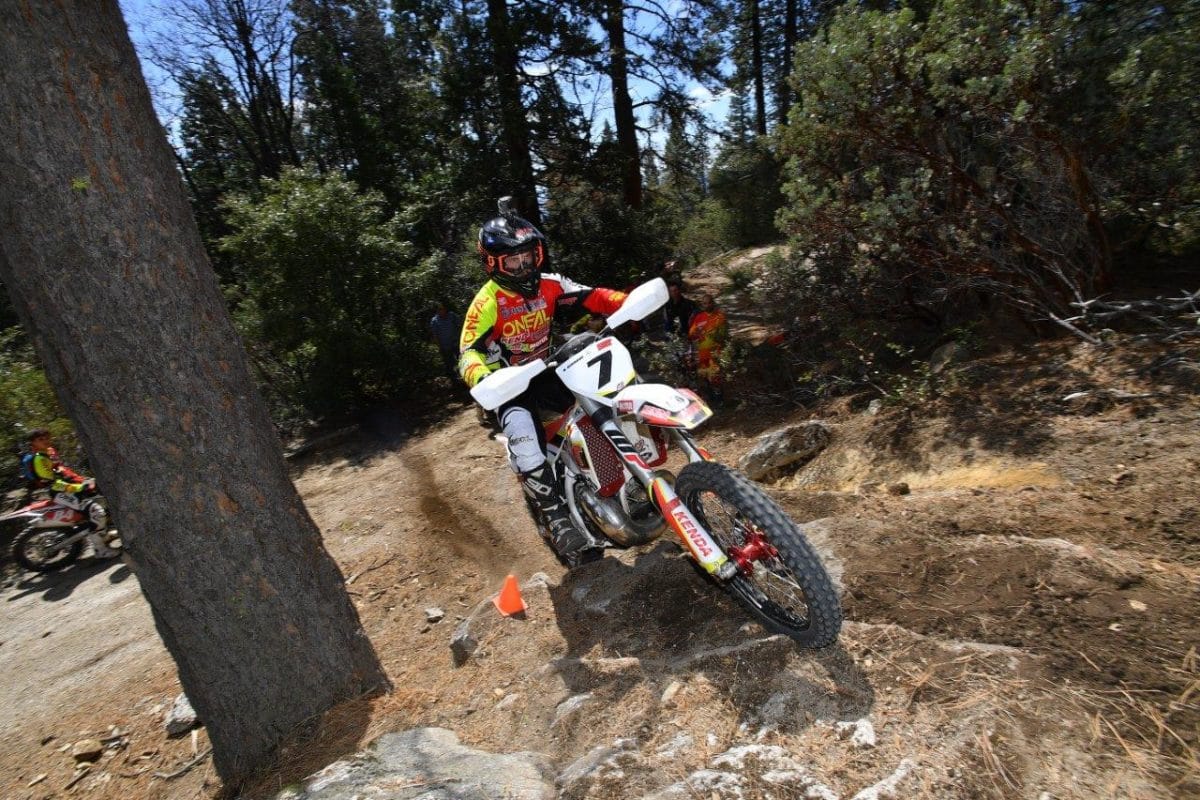 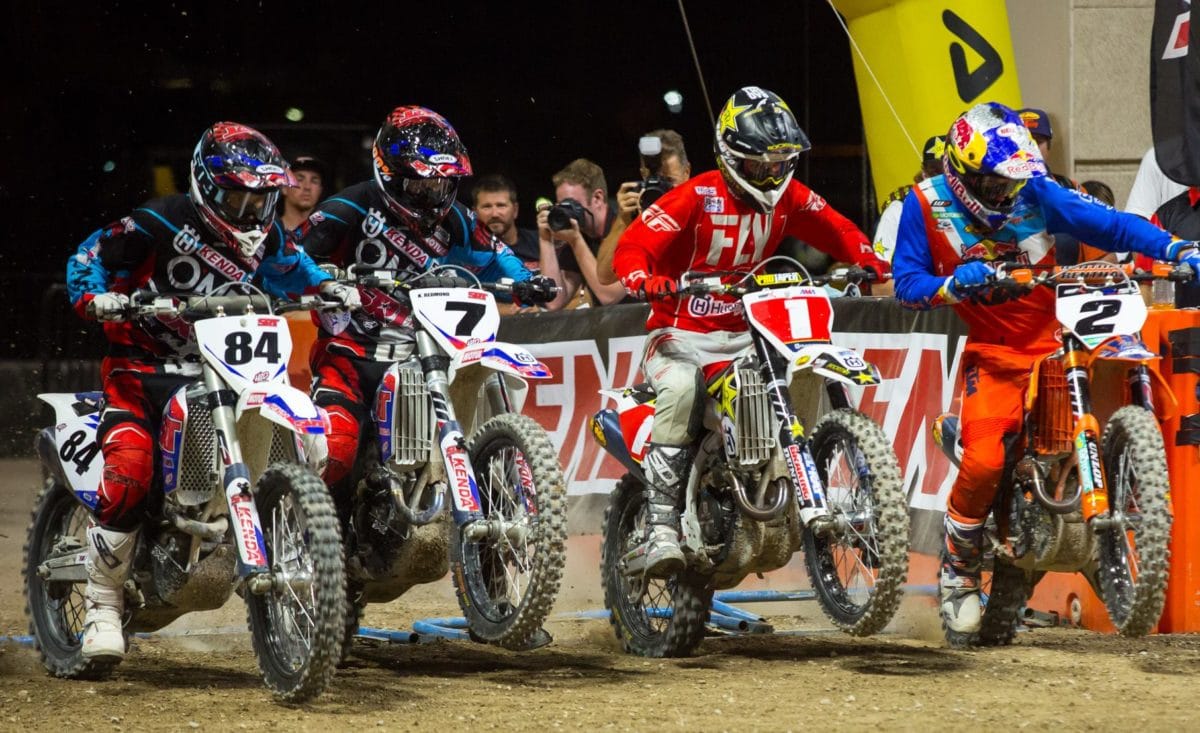 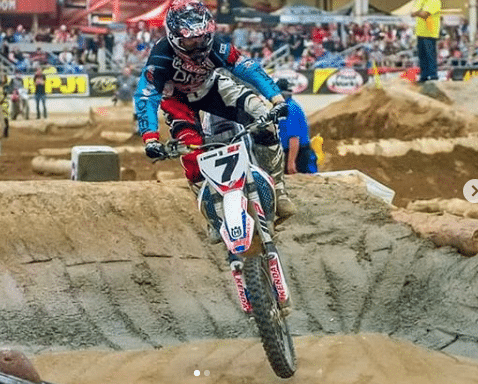 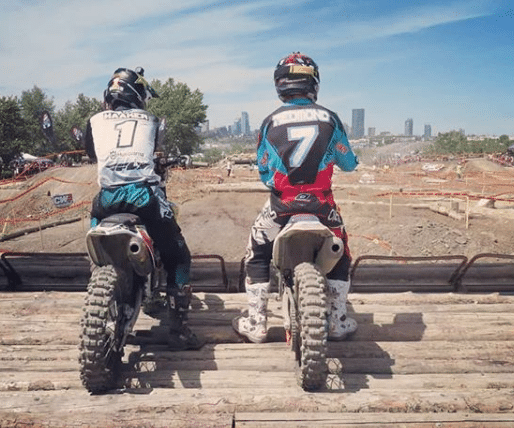 Here’s a little look at Kyle playing in his backyard back in 2010 on our KTM 350 test bike. 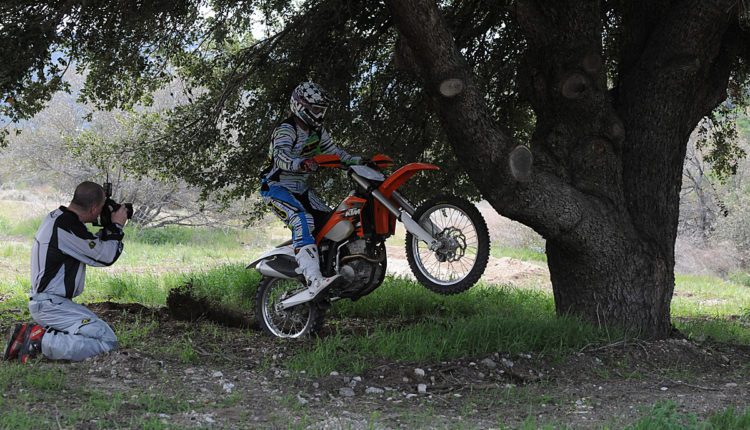 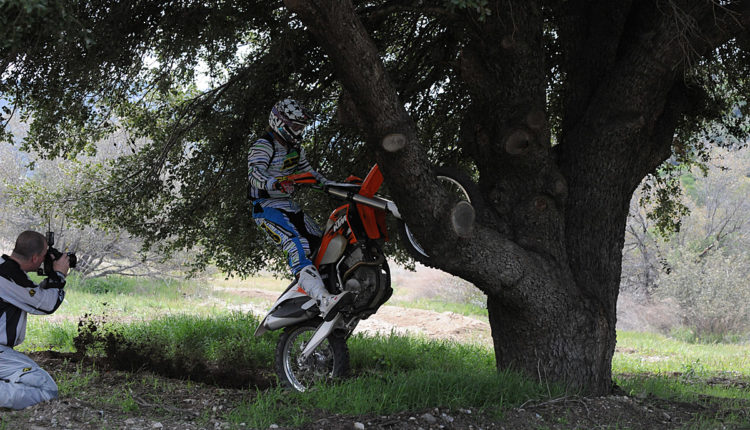 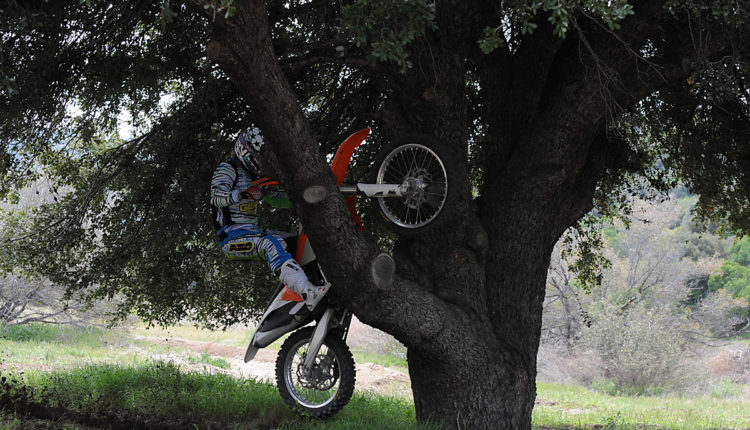 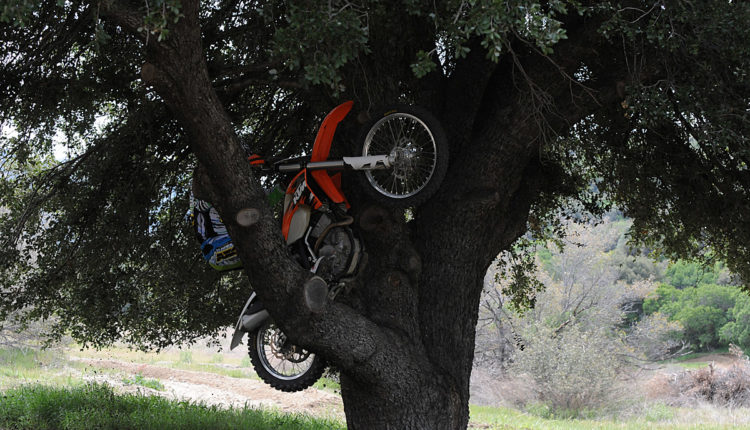 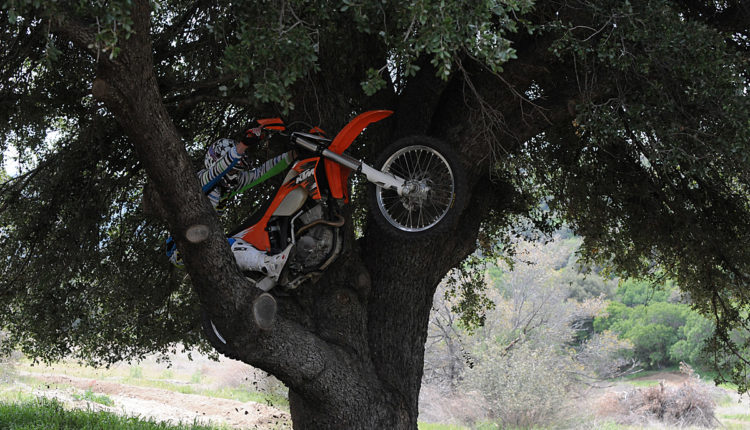 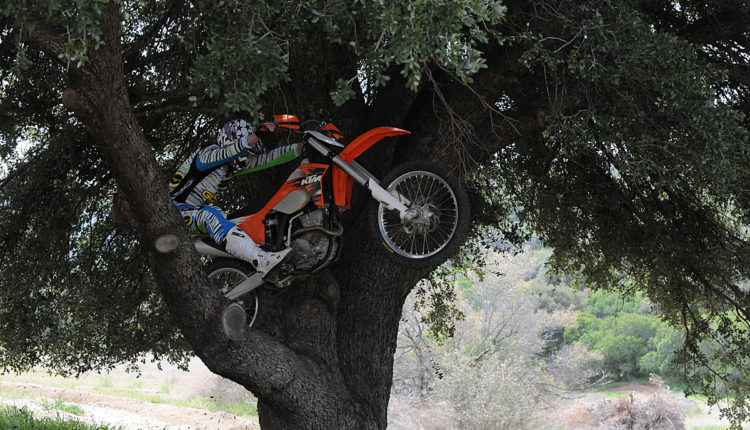 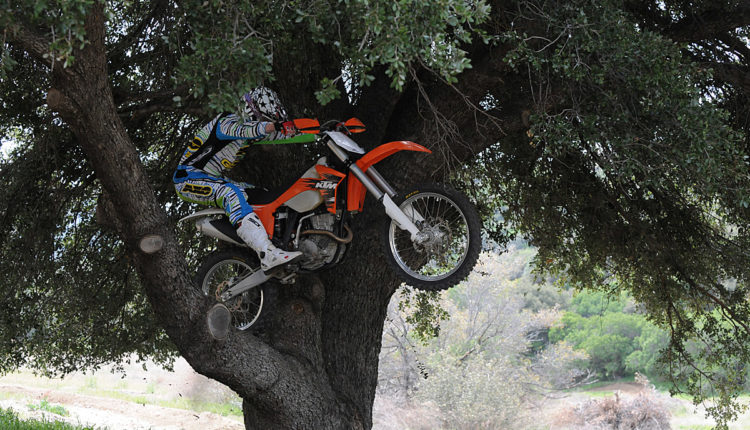 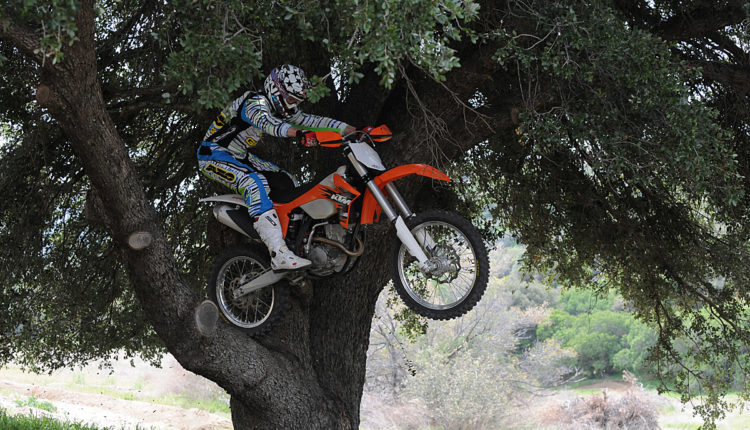 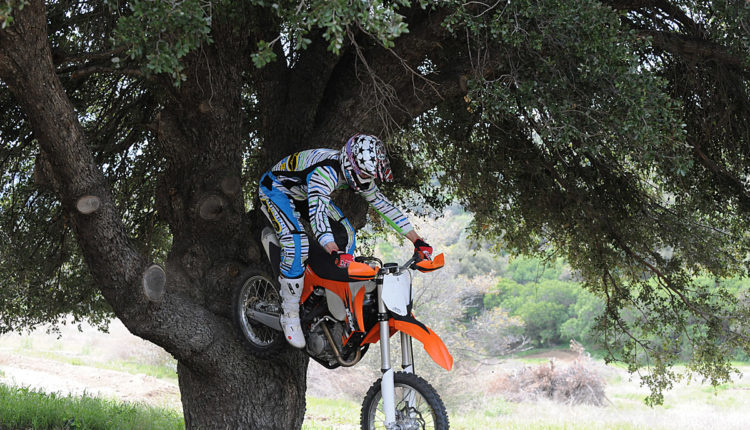