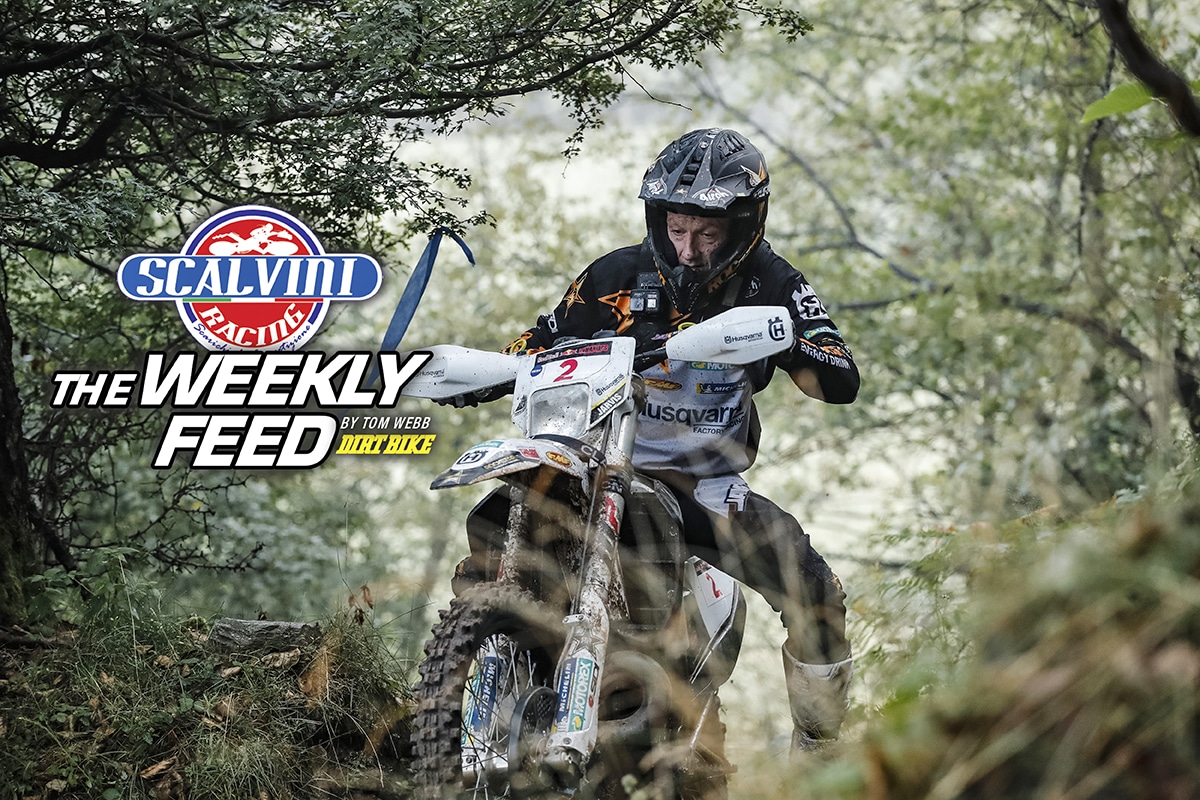 BLAST FROM THE PAST: 1974 OSSA PHANTOM 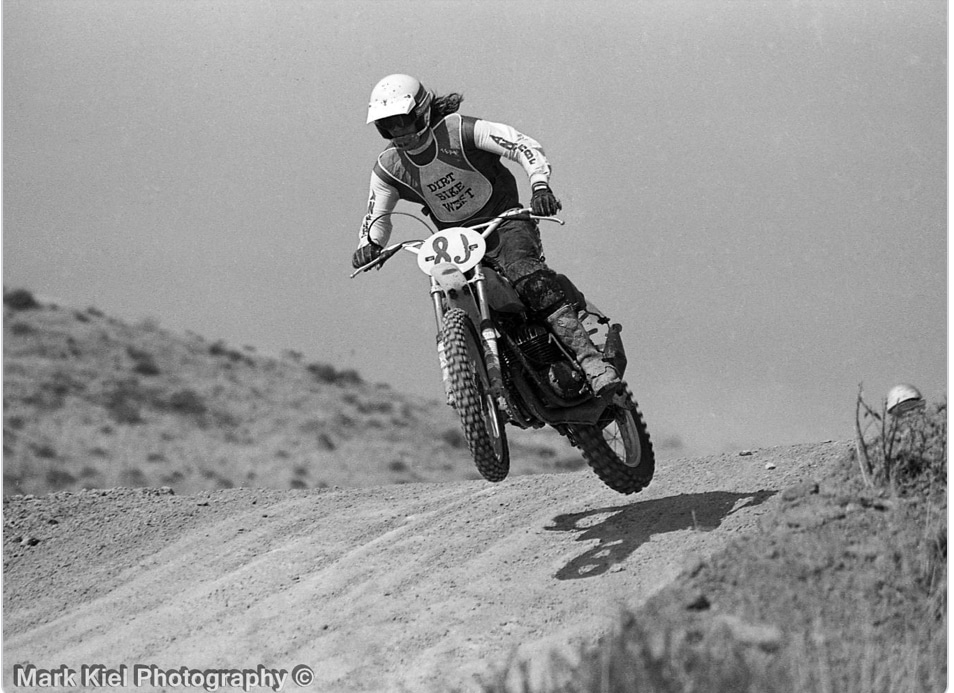 Mark Kiel captured  Joe Root, a So Cal pro who preyed on the ‘Dunes and Valley Cycle Park motocross tracks. He’s mounted on a Dirt Bike West sponsored 1973 Ossa Phantom- a machine that was 15 pounds lighter than the dominating Honda Elsinore. The machine was gorgeous, blue and orange body work on the chrome-moly frame, and an aluminum swing-arm.  It was fit with a Betor fork and shocks, Akront  rims, Pirelli knobbies, Bing carburetor and Motoplat CDI ignition. The fenders and tank were fiberglass, the large down-pipe expansion chamber vulnerable. At the time the Ossa Phantom sold for around $1300.00. Today, a well preserved and restored Phantom click in at the 10 grand number. 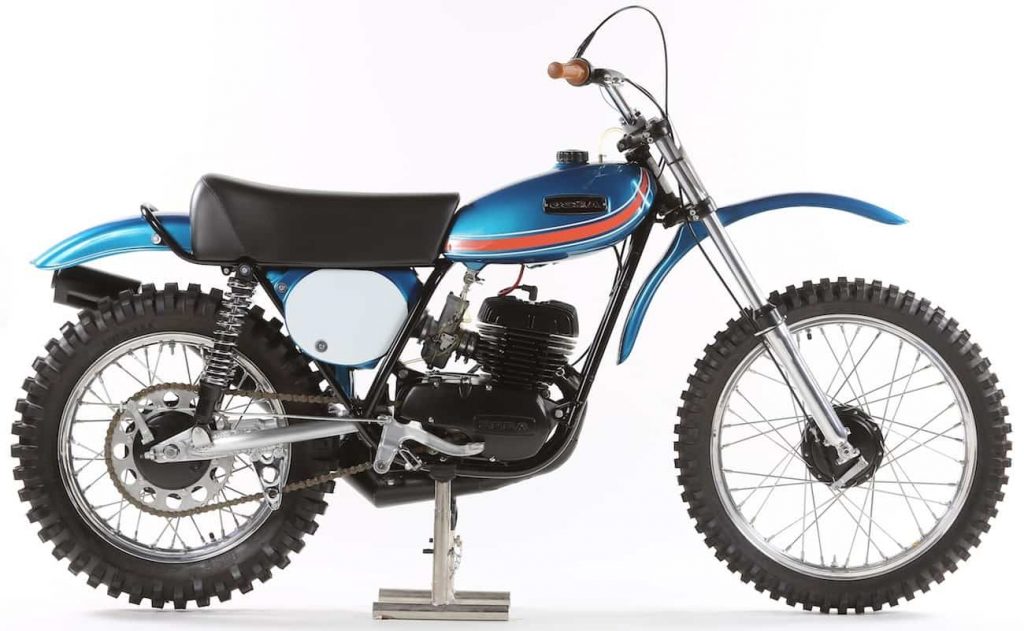 Overnight rain and early morning mist made it a tricky start for competitors as the Gold class riders set off into the 116-kilometre-long day. While the drop in temperature was welcomed, the rain would make some of the descents increasingly slippery for those opening the course.

With the top three feeling their way through the conditions, they were soon caught by KTM Factory Racing’s Manuel Lettenbichler. But on corrected time it was Vision Track Beta’s Jonny Walker who was fastest through checkpoint 1. Together with Mario Roman (Sherco) the later start time was playing right into Walker’s hands.

For the first half of the morning the pace was high. A GPS navigational issue just before service dropped Roman back outside the top three. Jarvis began to take the reins out front, setting some of the fastest checkpoint times.

Having shaken off a few mistakes in the morning, the six-time Red Bull Romaniacs winner was now on a charge. Topping three of the day’s final five checkpoints, the Rockstar Energy Husqvarna Factory Racing rider claimed a healthy three-minute-and-29-second margin of victory over Lettenbichler to bump him to the top of the overall standings.

Enjoying a solid ride throughout, Lettenbichler steered his KTM home for second, keeping relatively close to Jarvis. Despite a strong ride exiting the service point, the day didn’t quite go Young’s way and he ended it third, losing nine minutes to Jarvis.

Working their way through traffic from 11th and 12th respectively, Roman and Walker gained the most places on Offroad Day 1. Walker edged out Roman, jumping from 12th to fourth, with Roman taking fifth, just 25 seconds behind the Beta rider in the overall standings.

Offroad Day 2 marks the beginning of the all-important marathon stage. Competitors will end the day in the forest where no outside assistance is allowed. Remaining fast, but preserving both rider and machine, will prove crucial in order to enjoy a relaxing night under the stars!

Graham Jarvis (Husqvarna): “It was actually an eventful day. I dropped into a hole early on, got lost in the mist, but then found my rhythm and started to pick off some riders. It’s been a little bit of a surprise to win today, but I’m happy with that result because I feel like my riding is good. Yeah, tomorrow night in a tent should be interesting for an old guy like me, but I’m battling on!”

Manuel Lettenbichler (KTM): “I’m happy with that result today, I felt like I put in a solid ride. The pace of everyone up to the first service point was so high and we were all on the limit for sure. Graham rode insanely good and when he’s at his best like that, he’s tough! I feel like I’m off to a good start in Red Bull Romaniacs, tomorrow will be interesting and I’m excited for the marathon stage. We’re heading into new riding areas and with tomorrow night’s bivouac there should be good vibes at the finish. I’m excited to sleep in a tent!”

Jonny Walker (Beta): “I had a good start this morning and just made a couple of little errors in the second half of the day. But they were fairly normal for a race like this. Overall, I’m happy to get a big day like this in on my Beta and I feel like I’m riding well, with more to come. There’s a long way to go, but a podium result is possible if I can keep things together – that’s the goal.”

Mario Roman (Sherco): “I’m pleased with things today. I struggled a little with setup in yesterday’s Time Trial so we changed a few things around and it seemed to work much better. Conditions this morning were slippery with the rain and fog, which came as a surprise overnight. You needed to be careful on the downhills. After a strong start, I had a GPS issue before service, so I had to retrace my tracks. But I got it fixed and was able to put another strong ride in during the second half of the day. Overall, it’s been a good start to the week and I will push again tomorrow.” *Results are provisional and subject to change following GPS inspection 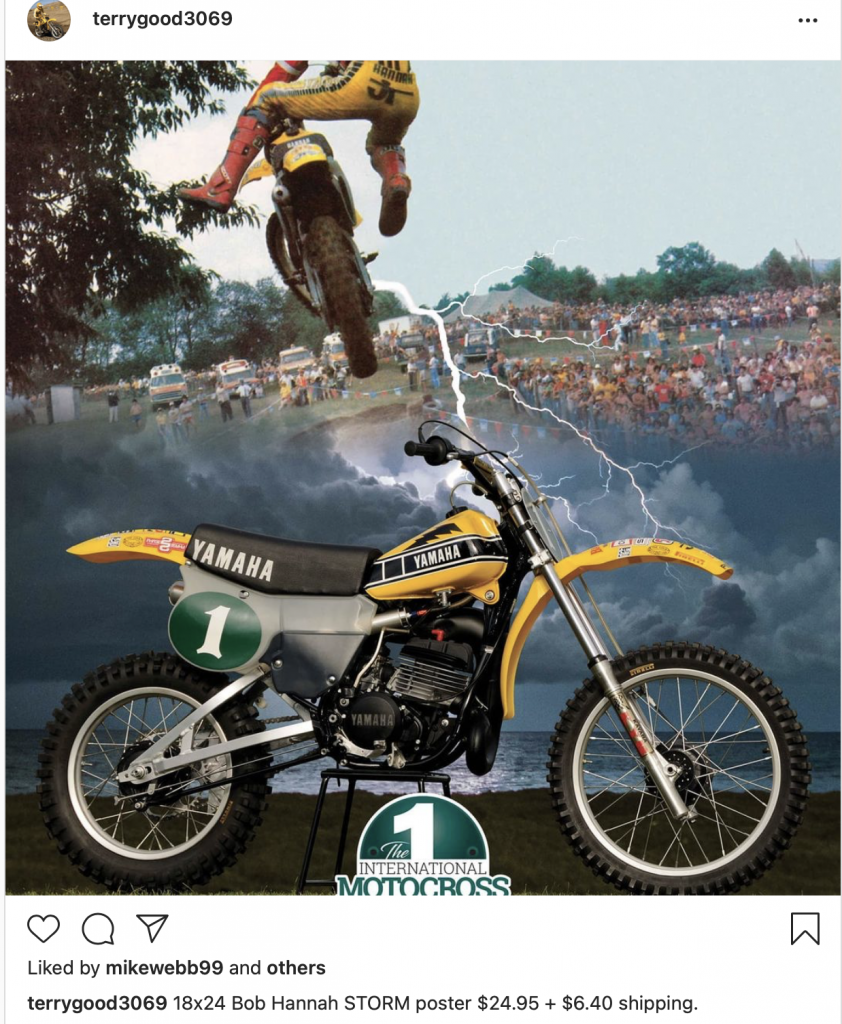 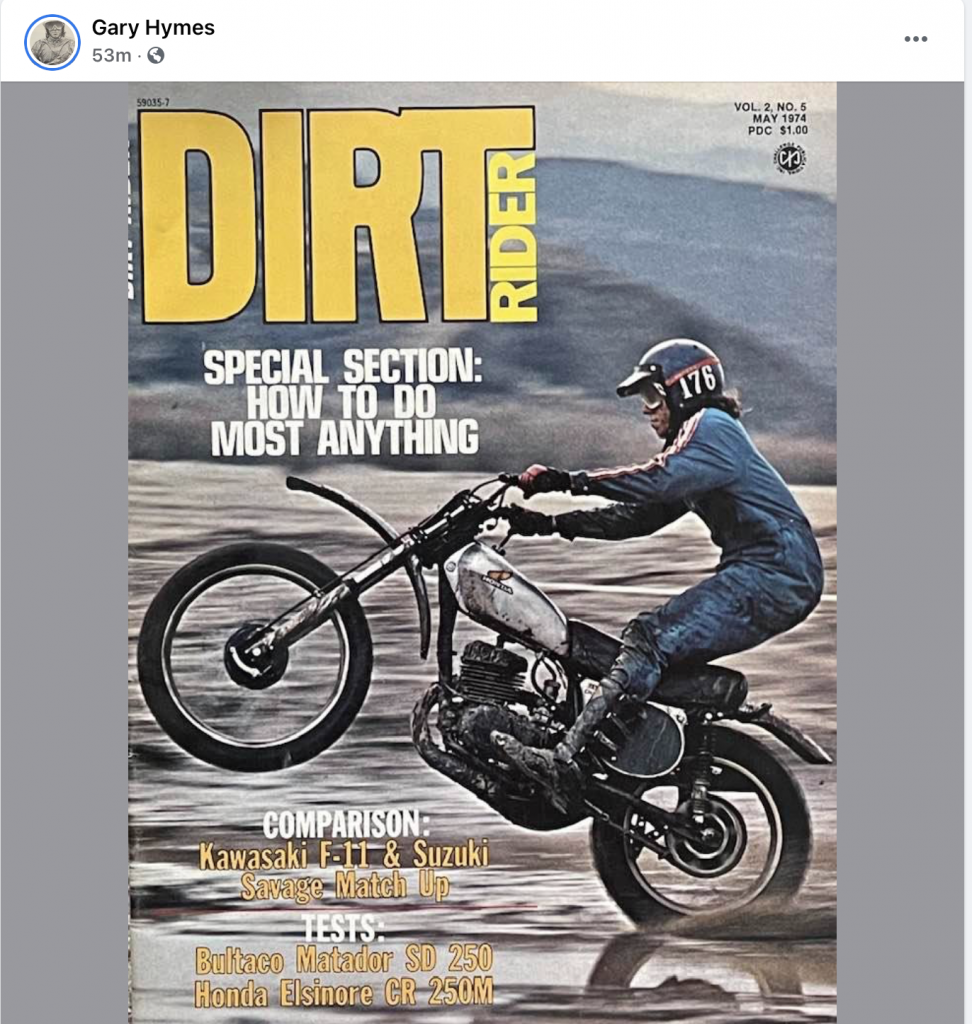 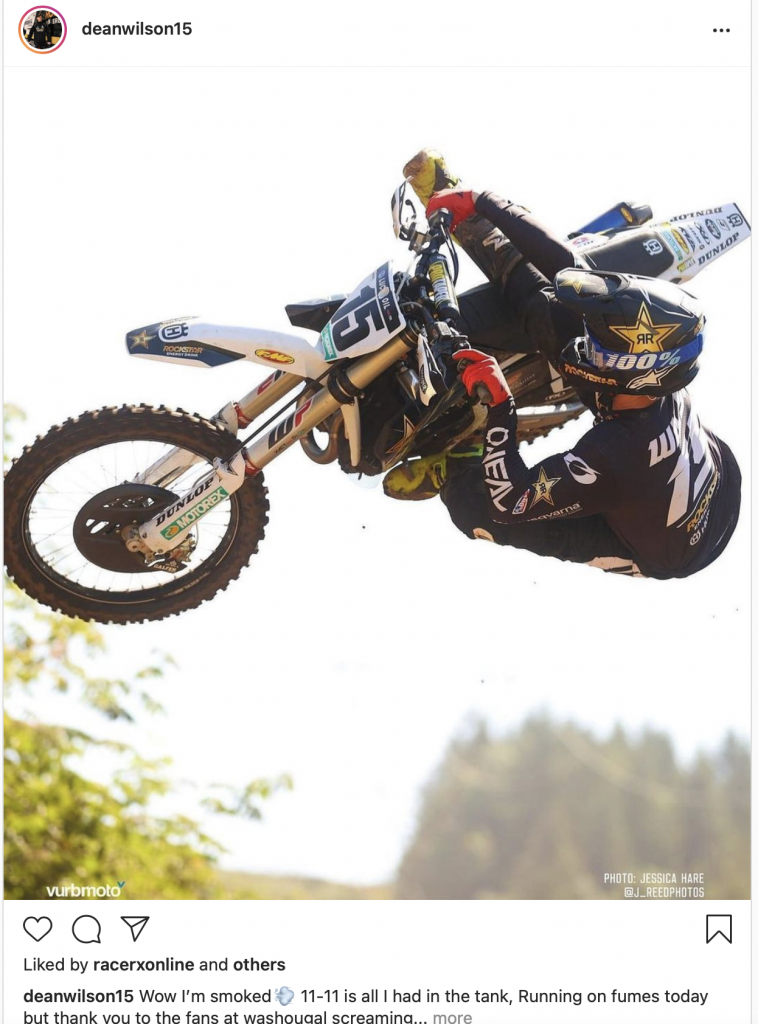 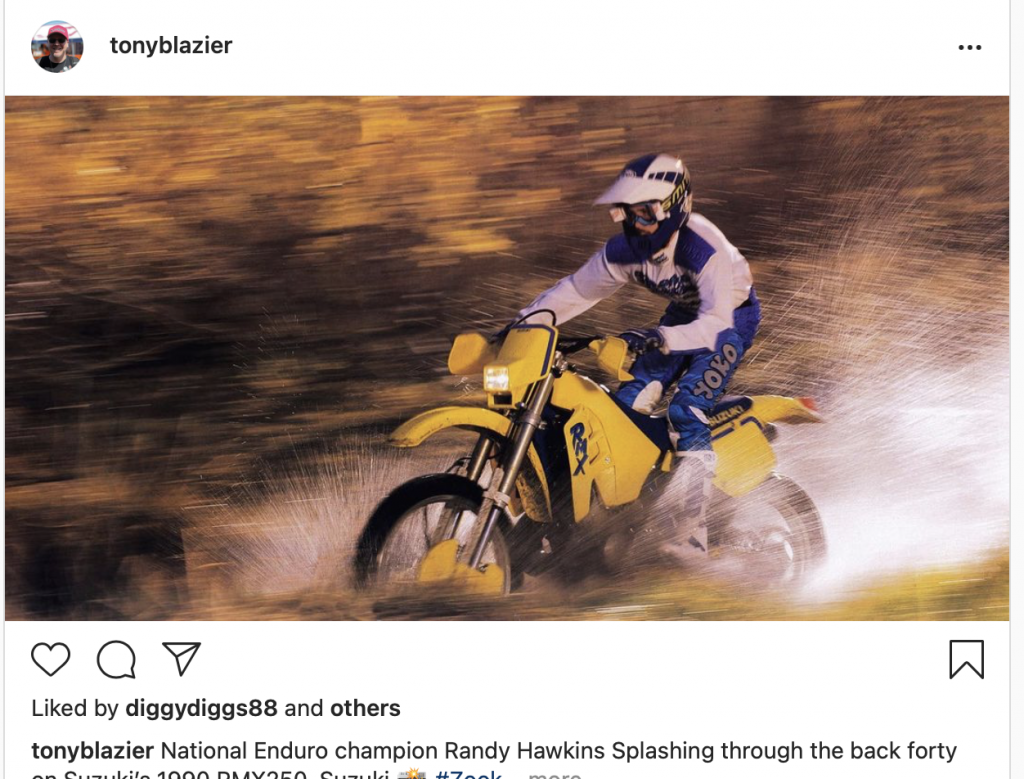 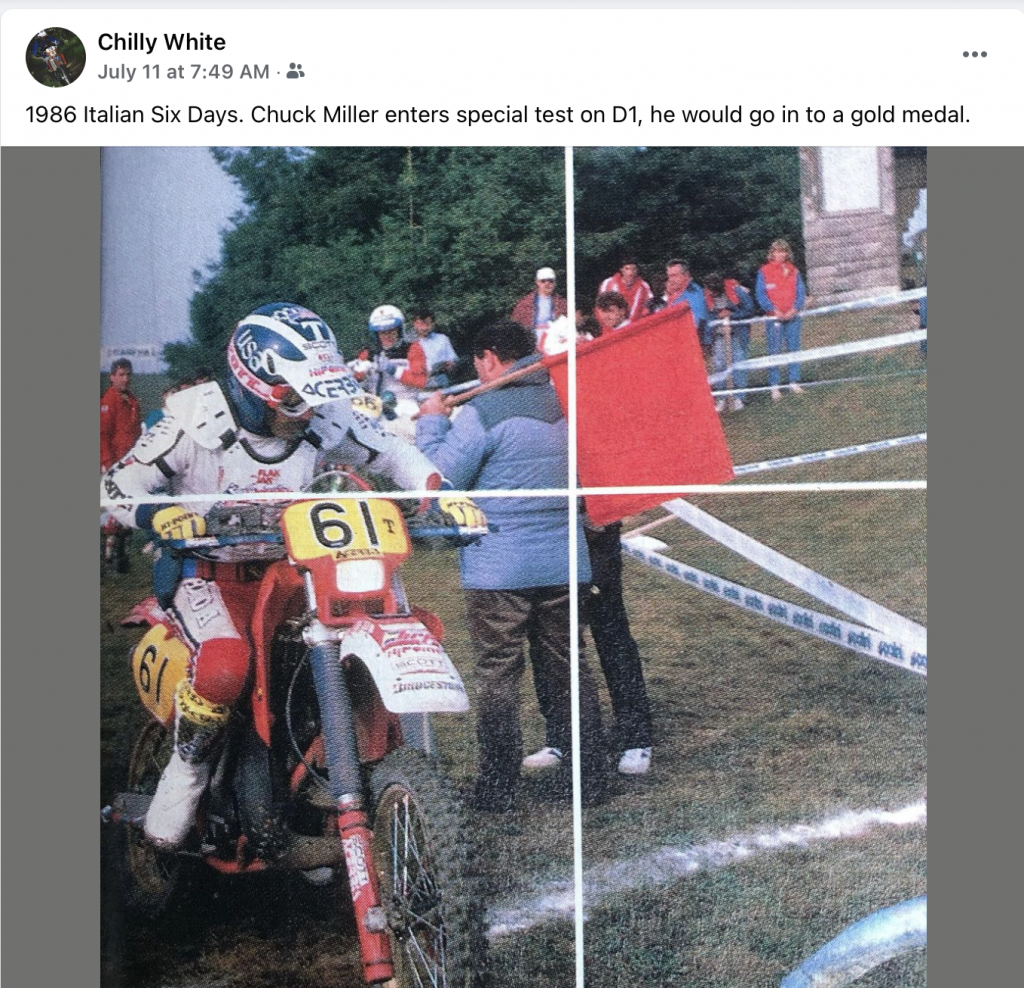 GASGAS EX300 PROJECT: BEHIND THE BUILD