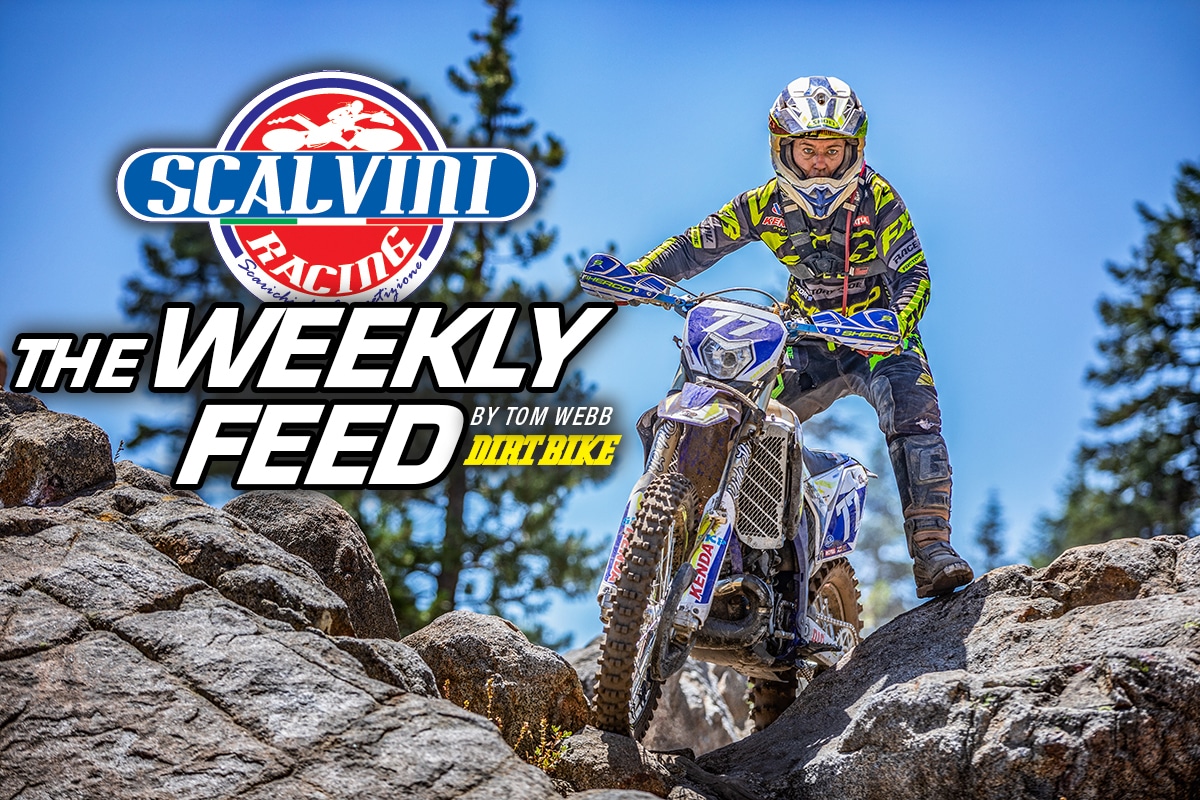 BLAST FROM THE PAST: Dirt Bike 4-stroke Shootout

Hot and dry conditions met riders for the Donner Hard Enduro which was the final leg of the Kenda AMA Extreme Off-Road series Western leg. Sunday’s race would be a four-hour marathon. Cody Webb simply described it as “terrible” and “not fun” for him personally. This was simply due to the conditions over the four hours and the intensity in which he needed to sustain over that time.

With a front row start for Sunday’s Main Event, Trystan Hart got off to a second-place start and he engaged in a three-way battle up front early on. Patiently racing in second for the first two laps, Hart eventually made his move into the lead on lap three and from there he set a pace that couldn’t be matched for the remainder of the four-hour battle. With a convincing victory of almost 13 minutes at the western finale, Hart will now set his sights on the East Championship with two rounds remaining in the series.

Cody Webb was crowned King of the West with his P2 finish. He had three wins and two second place finishes to FMF KTM’s Trystan Hart who had three seconds and two wins. The final Western points tally was 140 for Webb with 135 for Hart. The overall championship is up for grabs however with Hart gaining a four-point advantage after this weekend. The final two Eastern rounds will determine both the East champion as well as men’s overall.

Check out the ’22 Xtrainer & RR at the IMS Outdoor Shows 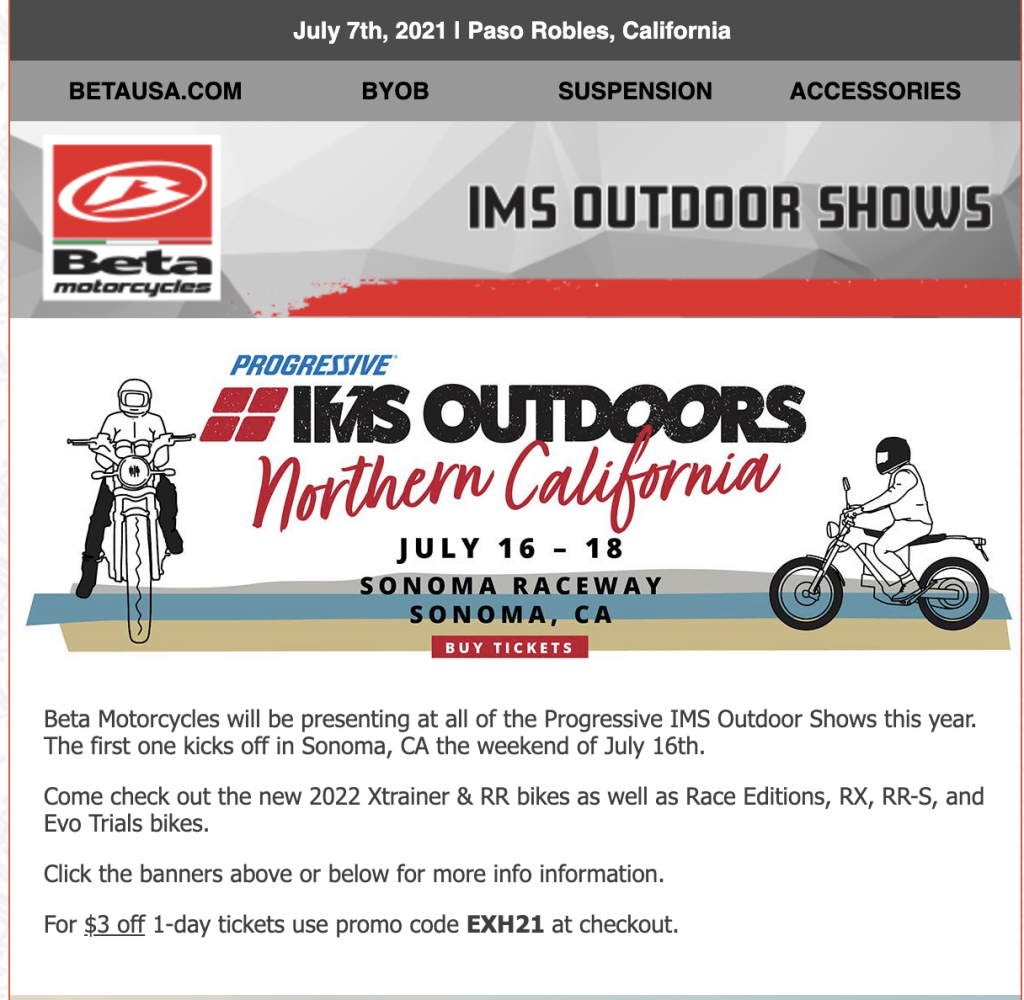 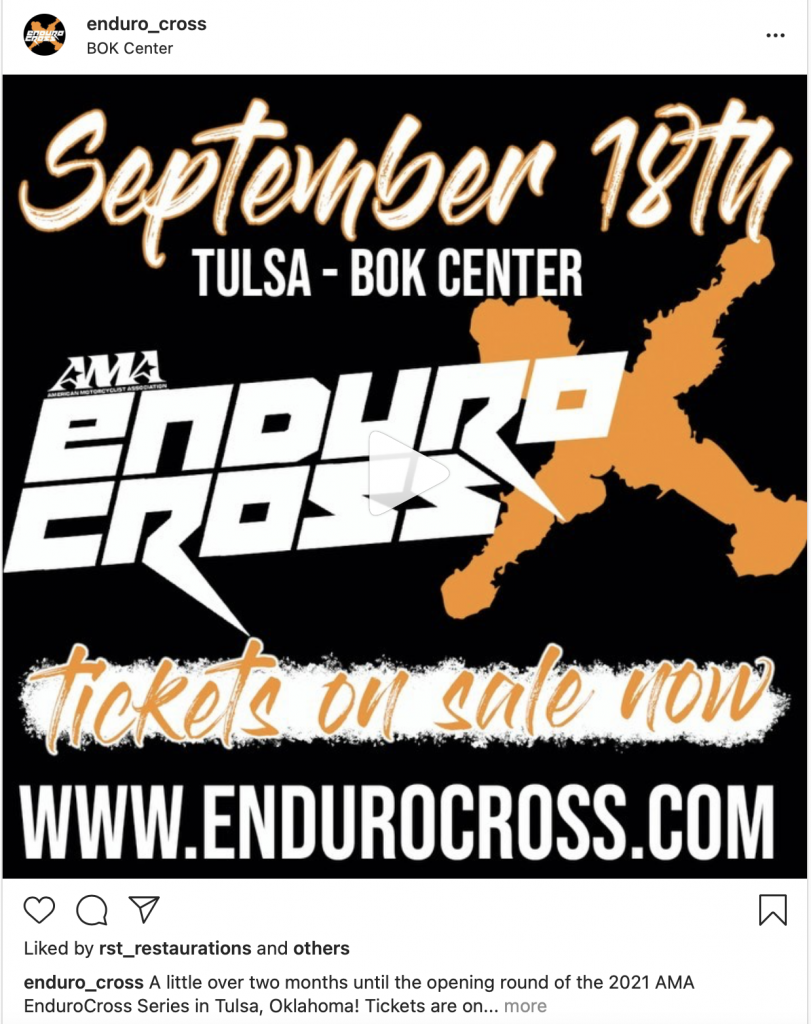 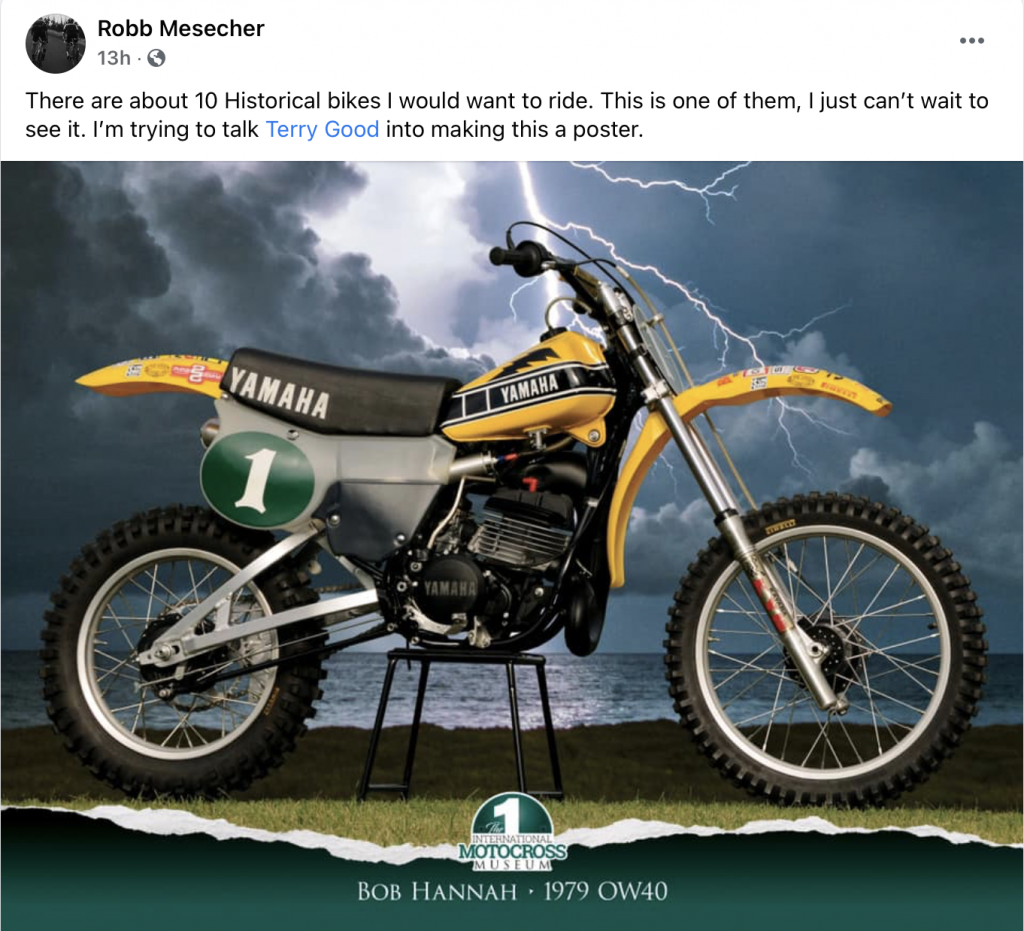 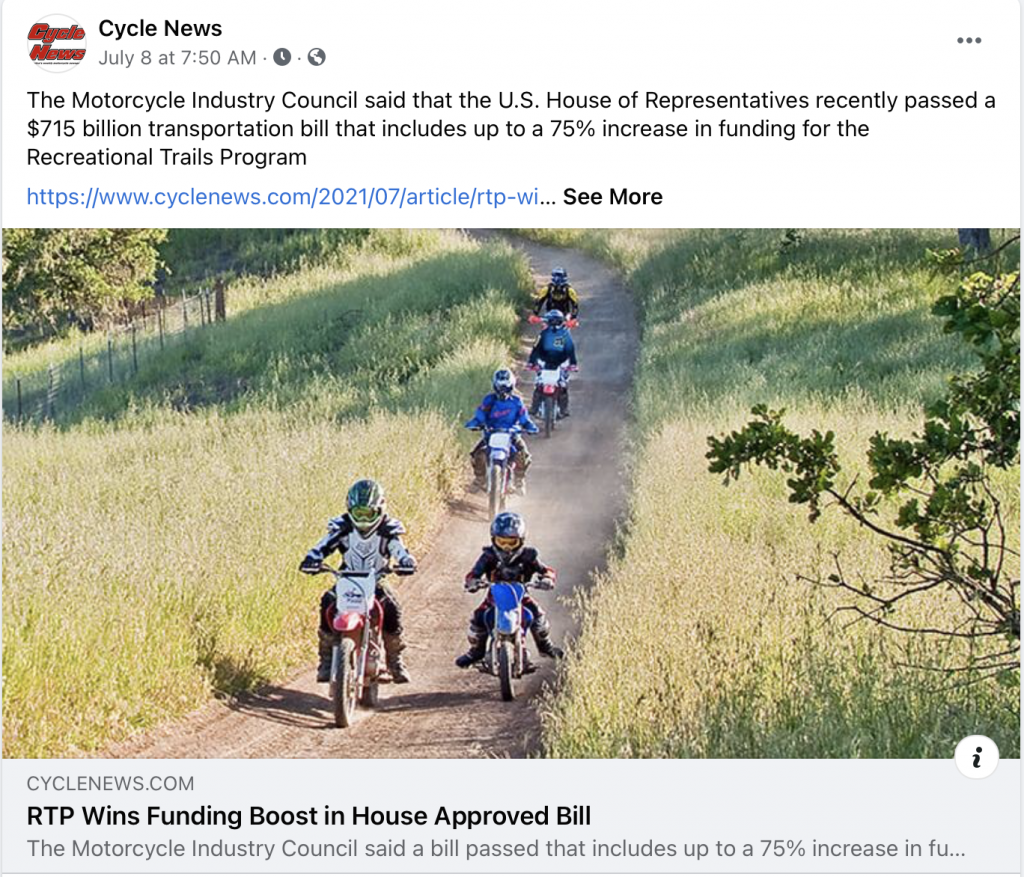 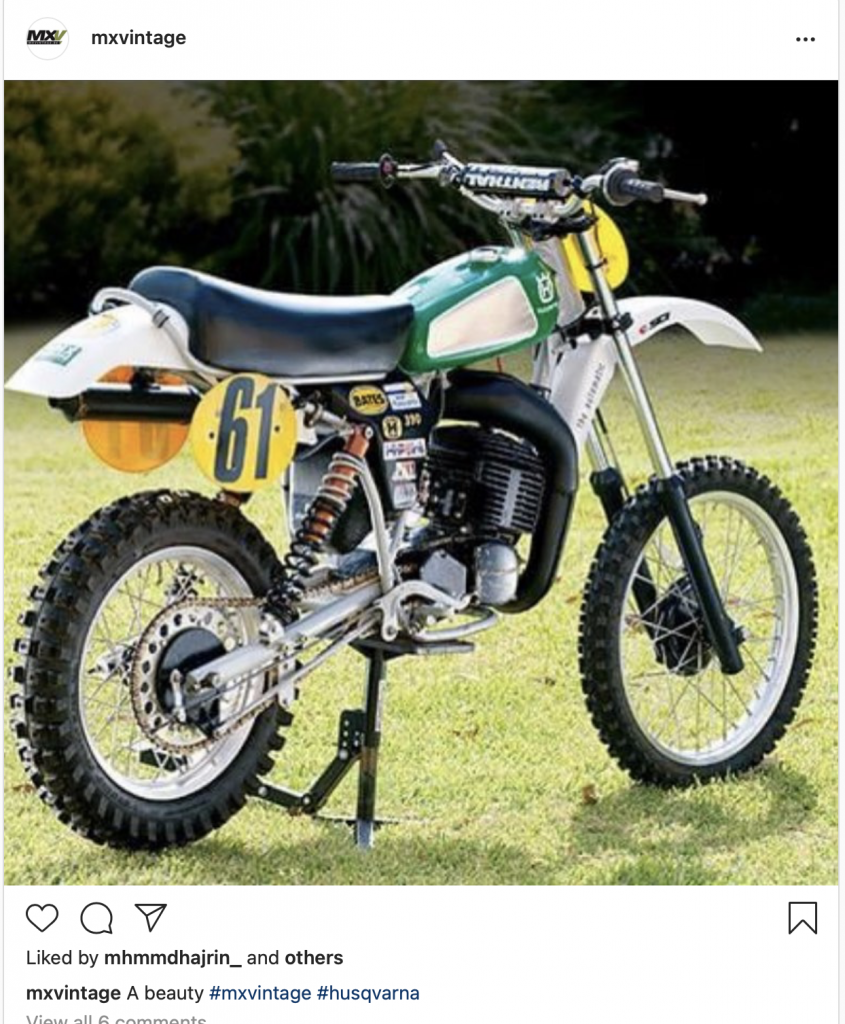 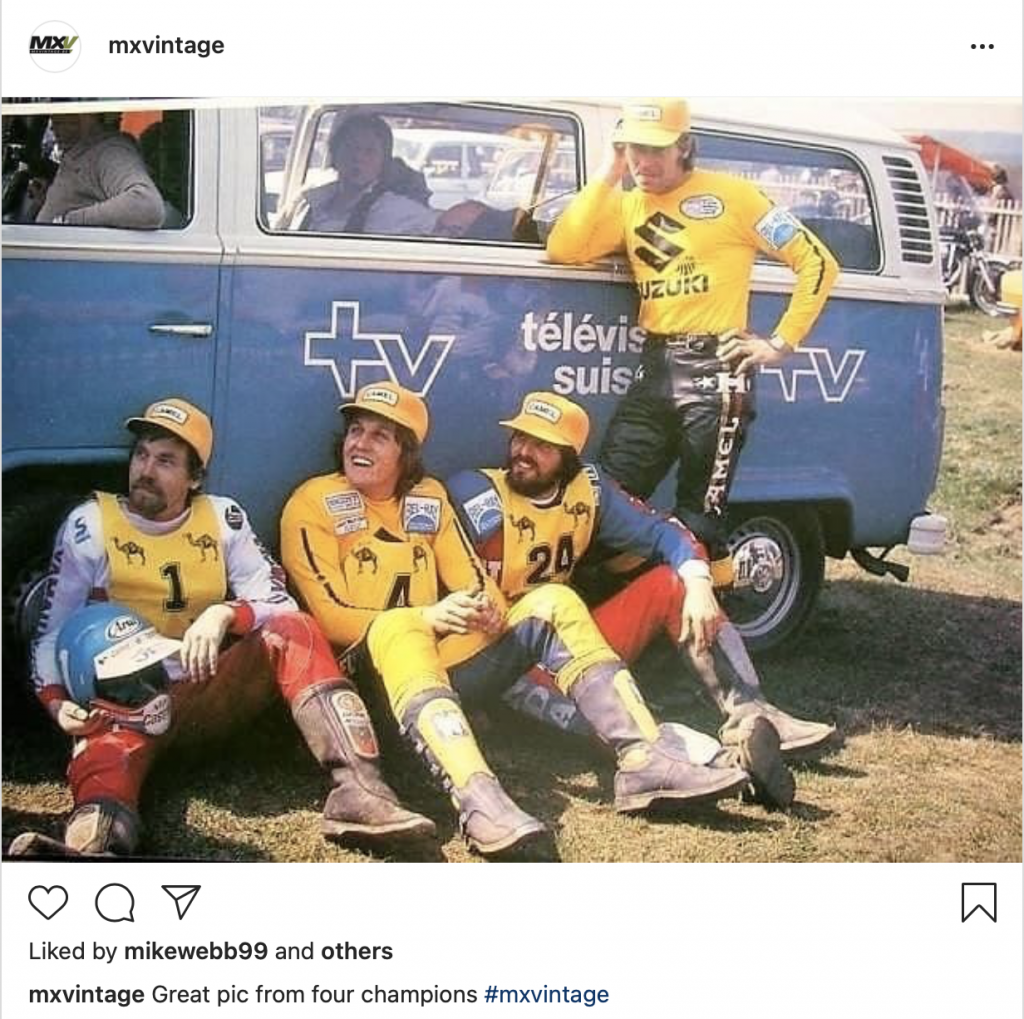 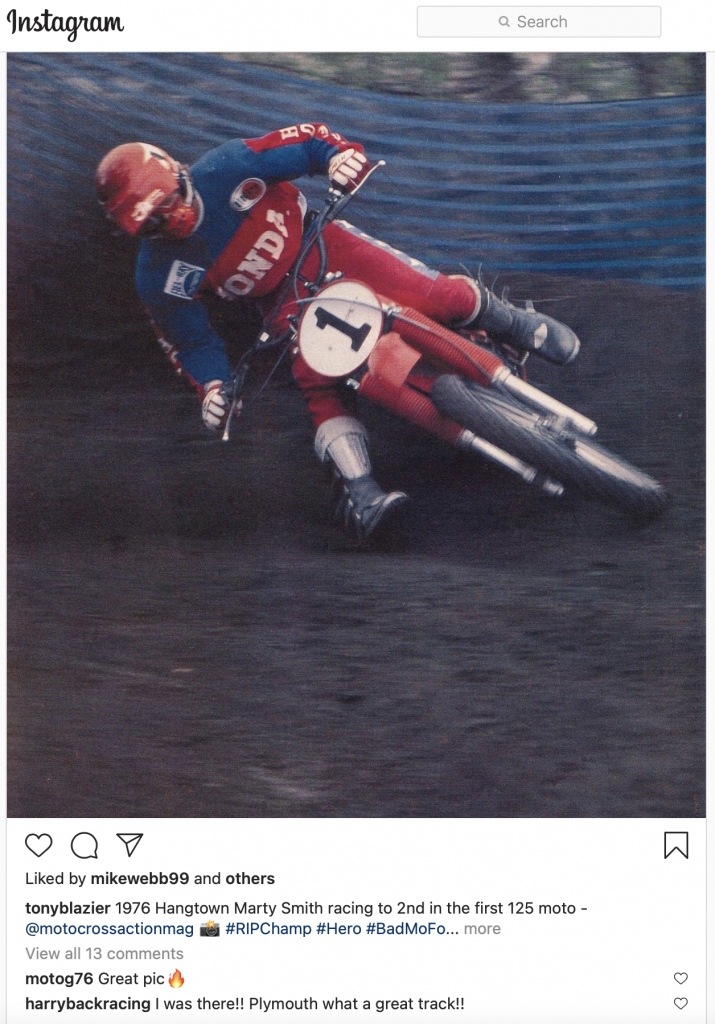 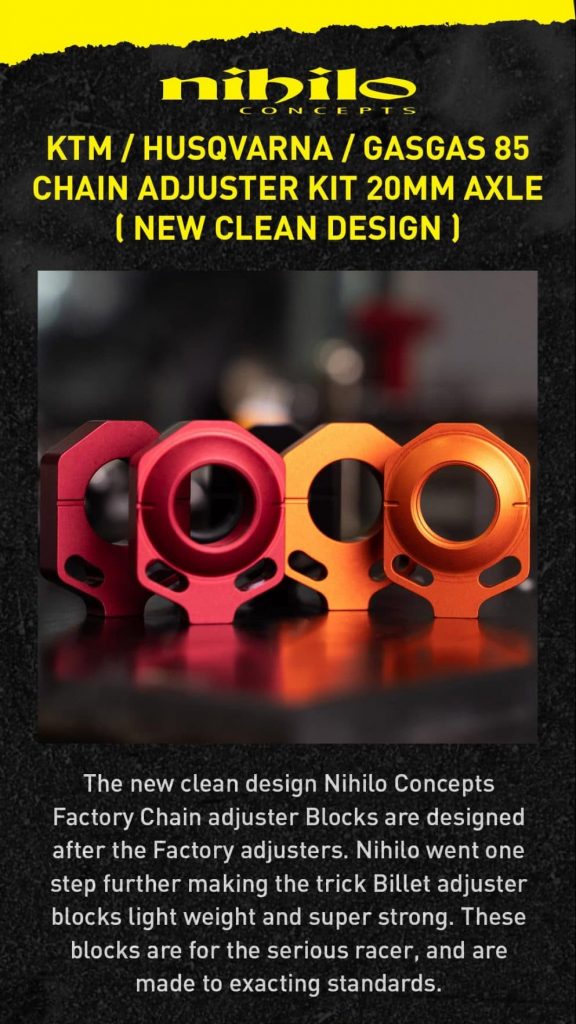 The new clean design Nihilo Concepts Factory Chain adjuster Blocks are designed after the Factory adjusters. Nihilo went one step further making the trick Billet adjuster blocks light weight and super strong. These blocks are for the serious racer, and are made to exacting standards. The OEM axle threads into the left side adjuster block.  The long side of the adjuster is longer than stock allowing the axle to be set up as far back as possible. Lengthening the bike is a good way to eliminate sketchy handling and is something most fast riders and factory mechanics try to do. By making the adjuster longer the adjusting bolt does not need to stick out of the swing arm as far giving it more strength and adjust-ability. You need to try these Factory adjusters to see for yourself just how trick they are. $59.99 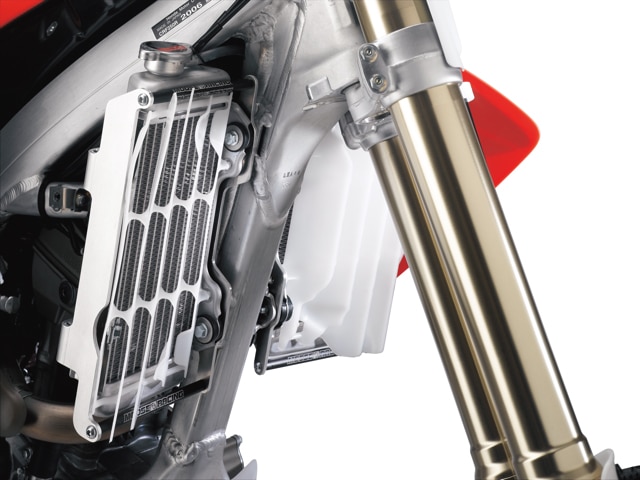