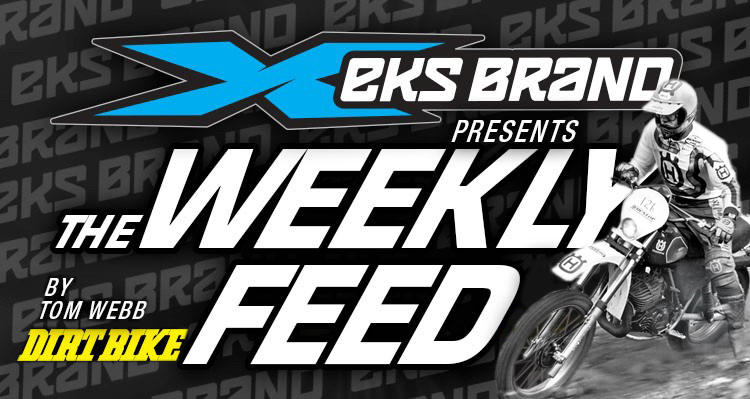 ODE TO THE KING

Dick Burleson in his day was the toughest off-road racer on planet earth. I’m one of the lucky ones who can call him a friend and for about a 10-year window (following his 8 National Enduro titles) we rode together a lot. I learned that some athletes are not only fit with good genetics,  they have smarts, an ungodly will to succeed and crave the pain needed to win. This is DB to a fault. 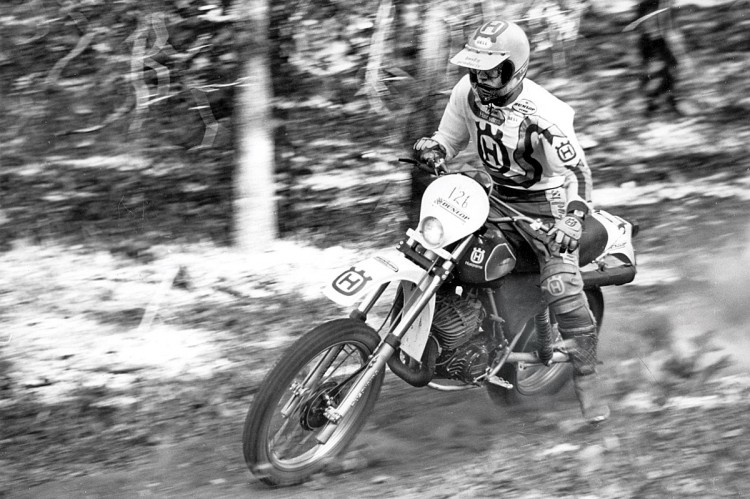 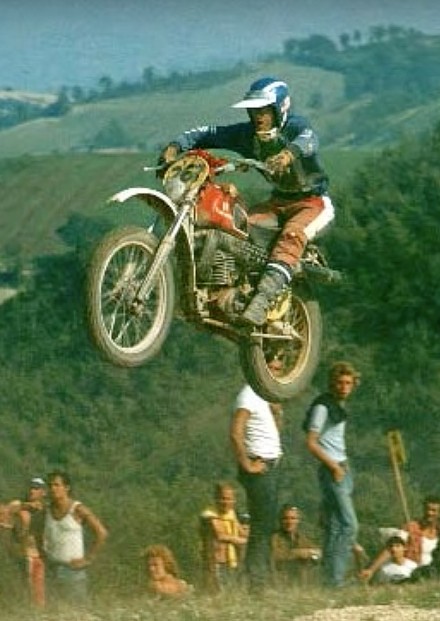 In the Trans-AMA Motocross Series in 1970, his first season as a professional motocrosser, DB finished fourth overall  and was top American in the series, earning him the title of American Motocross Champion. 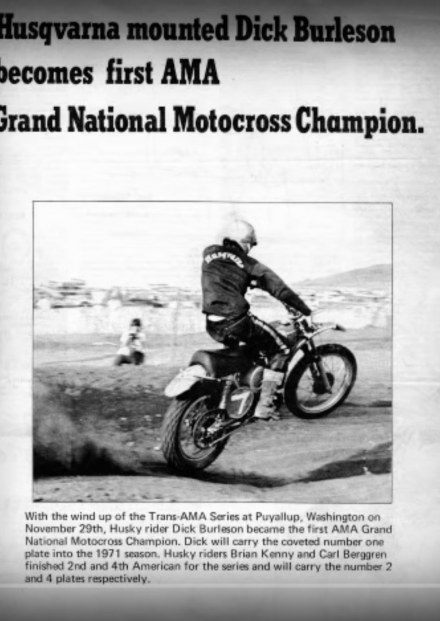 In 1994, 13 years after his official retirement, Burleson decided to compete at the ISDE in Tulsa, Oklahoma. At 46, Burleson  earned a silver medal and became the only American to ride in both American ISDT/Es. The AMA recognized that accomplishment by naming him Amateur Athlete of the Year for a record third time.  In the late-1990s, Burleson earned both national and world titles in his age category on the mountain bikes. 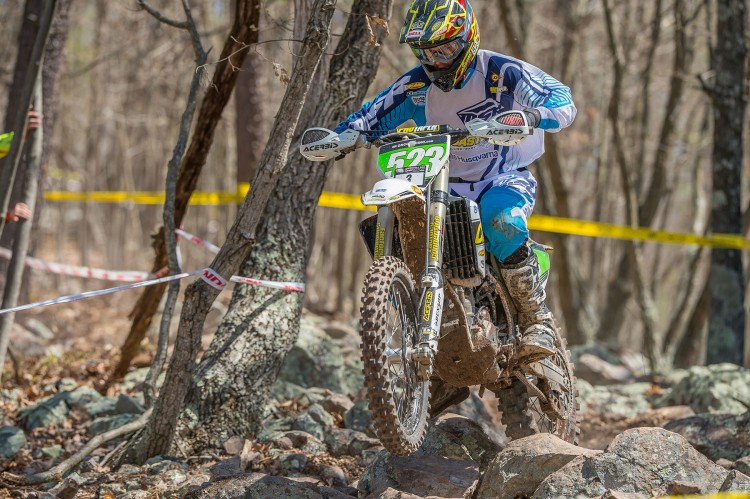 Layne Michael won his first FGSE at the third round of the 2016 Kenda Full Gas Sprint Enduro Series in Romney, WV. The round also served as the 2016 East Coast ISDE Qualifier with Josh Toth taking the LOI overall ahead of Broc Hepler.  After a six week break in racing action the KENDA Full Gas Sprint Enduro Series presented by Moose Racing, an AMA Championship, headed North from the sands of Florida to the hills and rocks of West Virginia for its third round of the series presented by Ride on Moto. The event would also serve as the East Coast AMA ISDE Qualifier for riders looking to compete on club teams at this year’s ISDE in Spain.

Two ISDE-style special tests were put together on the 600-acre Boyer Farm property; the first, a 2.5-mile flowing grass track Cross test that was called very “European” in style by many racers throughout the weekend. The second test was a 4.5 mile Enduro test that traversed up and down the many hills on the property with plenty of rocks to keep all riders on their toes.

“I knew Milner was going to be good in the Cross Test and I felt really comfortable in the Enduro Test and I knew if I could just try and manage [the time loss] from Milner in the Cross Test and try and make it up plus a little on the Enduro Test and we were able to do that,” said overall winner, Layne Michael of the Coastal Off-Road Racing Team. “I felt effortless and really smooth on the enduro test, and I didn’t make many mistakes. You don’t have a lot of weekends like that.” 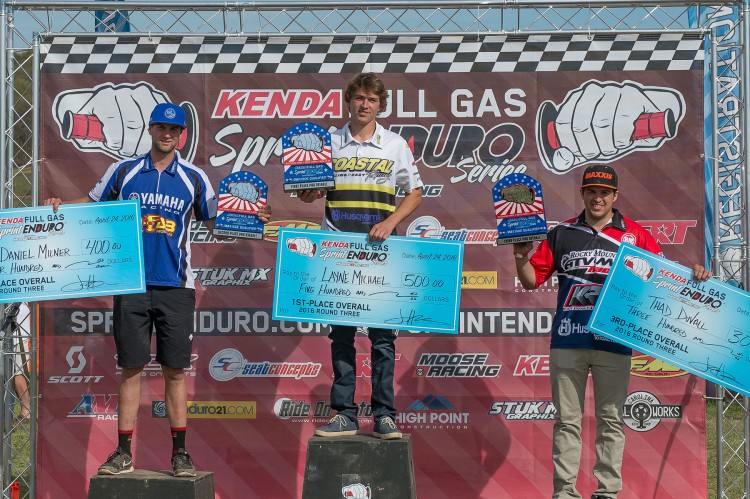 AFFORDABLE POWER FOR YOUR KTM EXC/XCW!

Best Dual Sport Bikes has decided to go back to the Bonneville salt flats this year and see if they can get a KTM 500 XCFW to go 160 mph. Anyhow, while they were preparing and running the  500 wide open for a mile straight, it started leaning up. The air-fuel meter on the bars showed a lean condition-  the bike was running out of fuel, or more specifically, it couldn’t keep enough fuel to the injector. 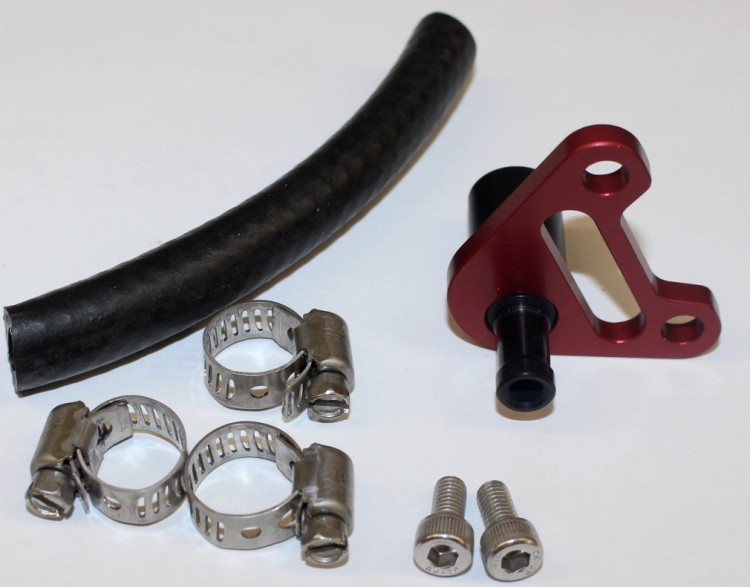 The problem ended up being the stock fuel rail, which is the piece that connects the fuel line to the injector. It had 2 bad bends in it, with changing hole sizes and sharp edged turns. It was not designed for good flow.

BDSB came up with a  new straight shot fuel rail. Basically the fuel line now shoots fuel straight through the new rail into the back of the injector. The new rail even has a tested hole size and radiused edges, for optimum flow. 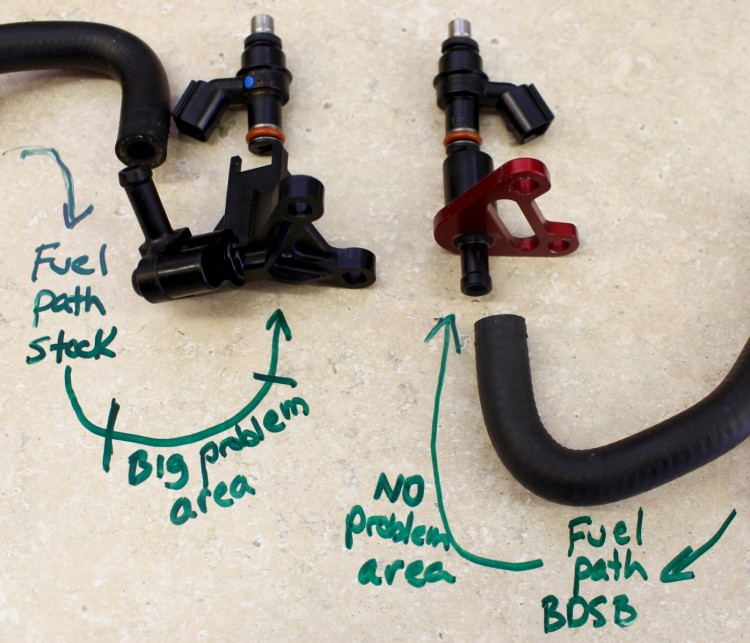 With the addition of the new rail, the bike started instantly and much easier. Throttle response was  more instant. Acceleration is stronger and flame outs, which are so many caused by an instant rush of air when the throttle is cracked open but the fuel can’t instantly keep up, vanished.
One thing to note, is  that the fuel rail is designed with the xcfw and exc’s stock fuel map, and then fine tuned with the BestDualSportBikes TPS tool.
The new high performance fuel rail is $79.95 and available from www.bestdualsportbikes.com
FLY RACING GATOR FOOTPEGS 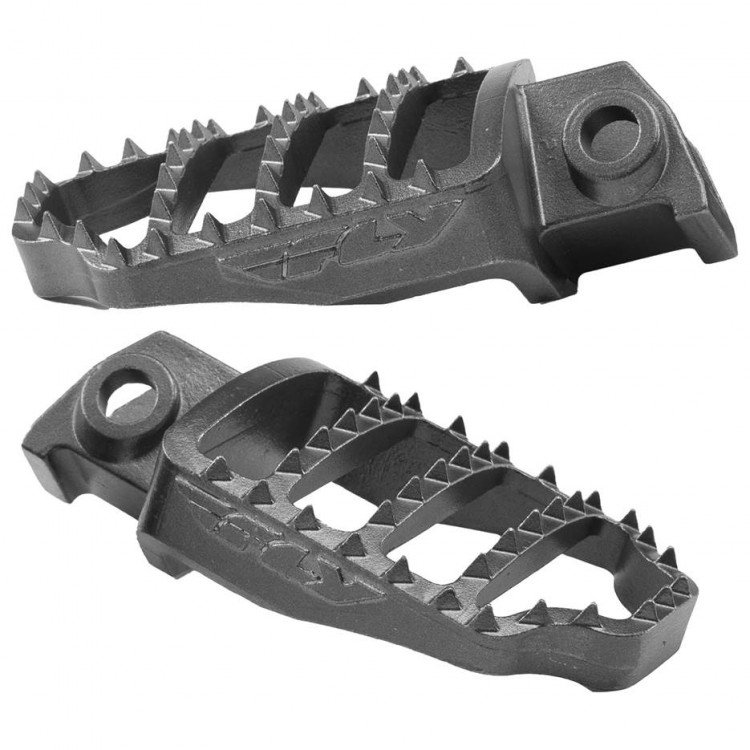 The unique arched design of the Gator footpegs allows for a wider footbed without compromising control. Your foot can roll on the arched cleats while shifting and/or braking so you stay in contact with more of the peg instead of just the front or back edge common with most wide flat foot pegs. 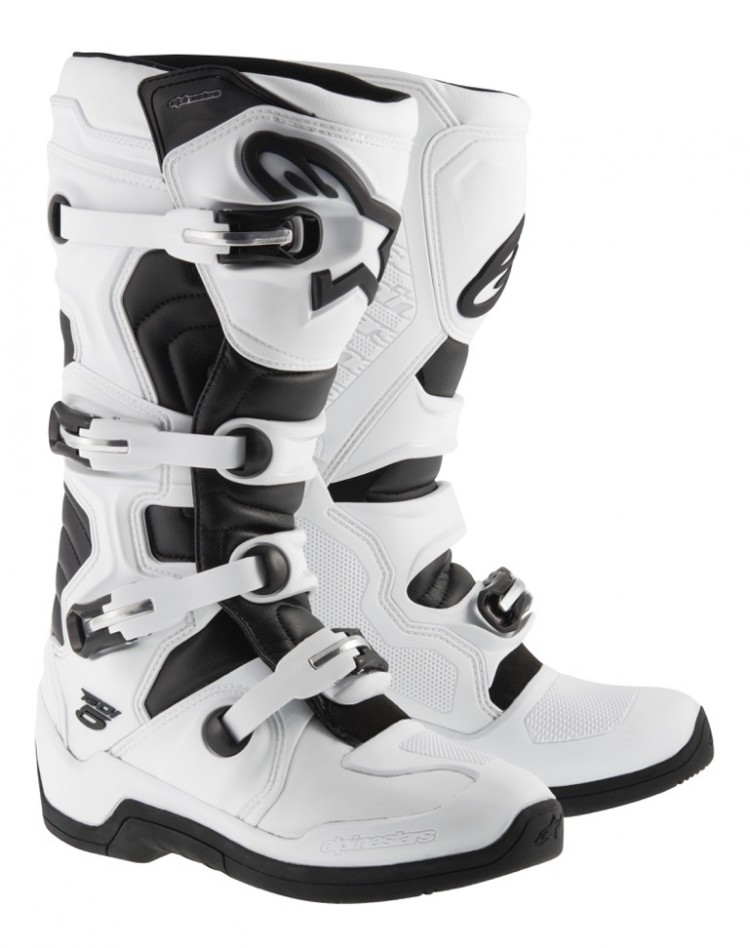 Coming in the wake of the hugely successful and iconic Tech 10 and Tech 7 the new Tech 5 is an advanced multi-material, multi-panel construction boot that further strengthens Alpinestars line-up of class-leading motocross and off-road boots. Incorporating an innovative microfiber chassis, which is extremely durable and lightweight, a medial biomechanical pivot system for excellent levels of support and stability and extended accordion flex zones, the Tech 5 affords performance fit and high levels of comfort and durability. 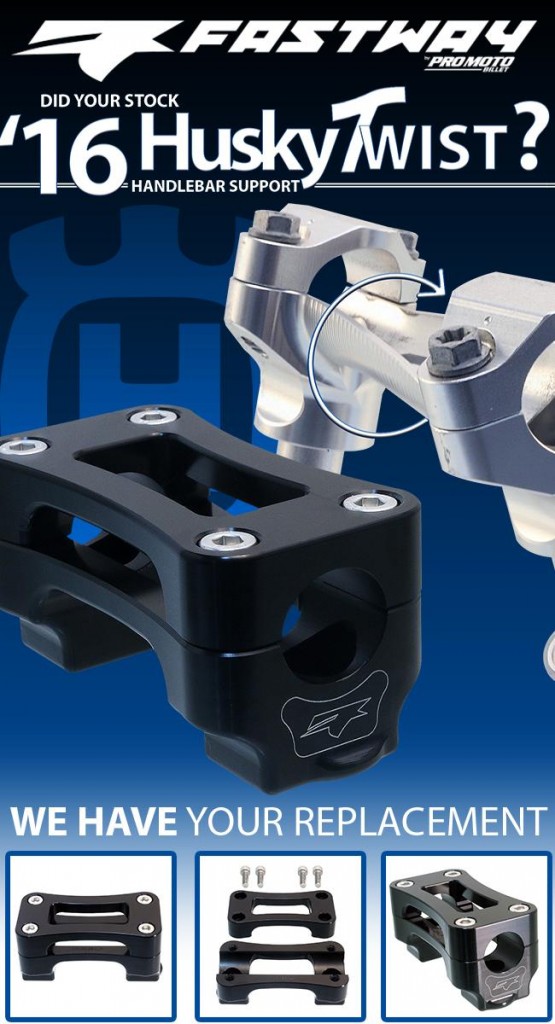 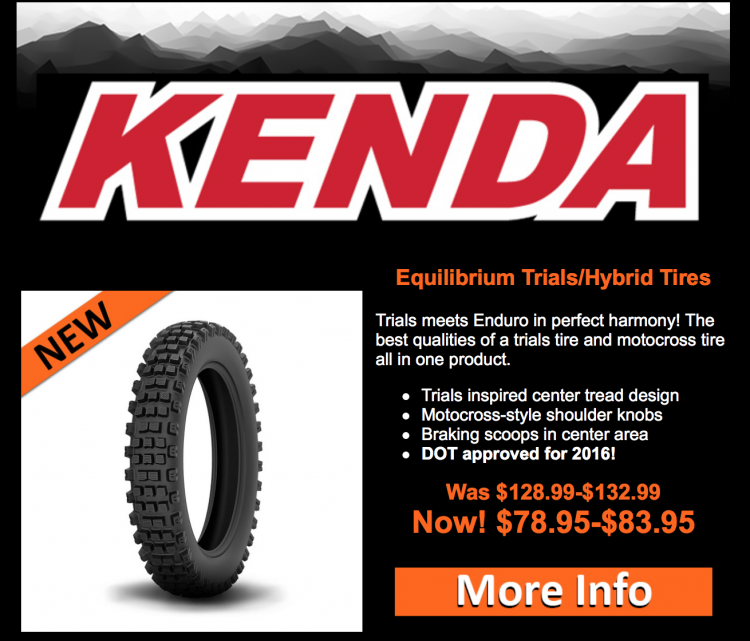 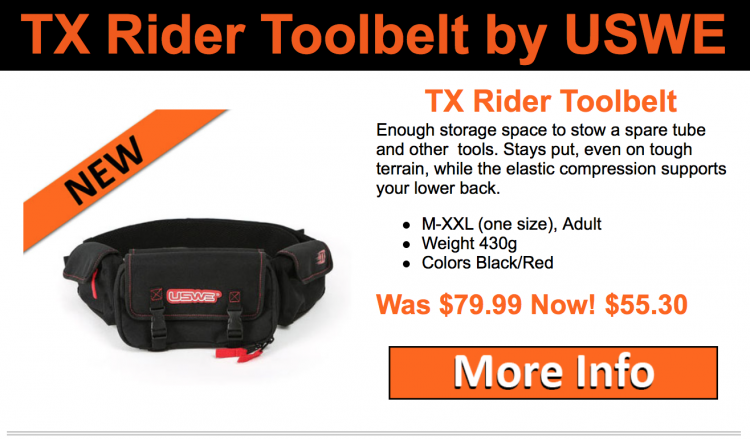 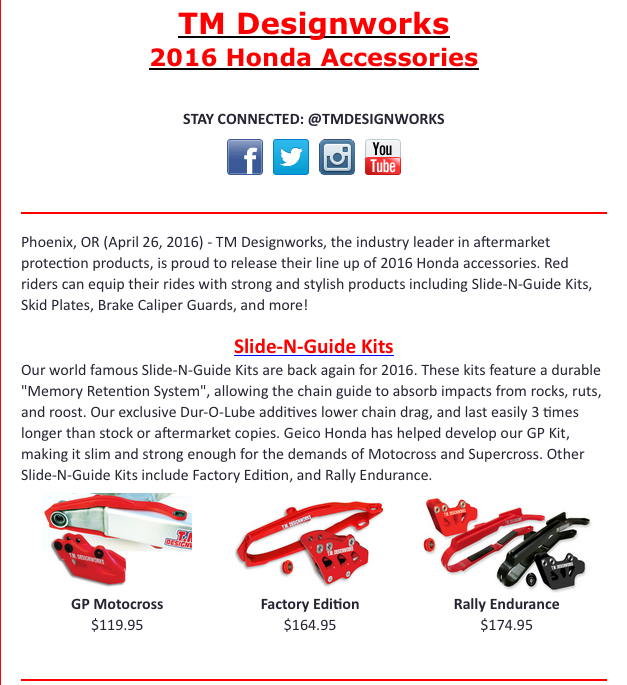 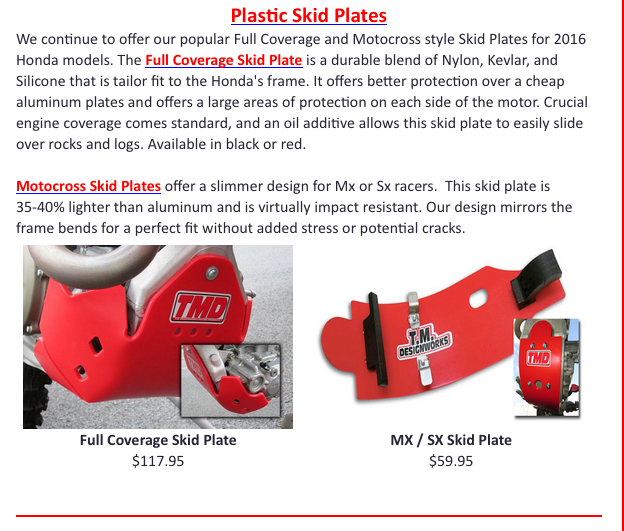 A LITTLE BROTHER MIKE: BACK IN THE DAY